Every now and then it seems worth while to get the hell out of the boatshop and see if the damned things float. And maybe even have some fun. Last weekend Kate and her beau Brian invited me up to the San Juan (BringYourOwnBoat) (actually, bring both boats), to take Kate’s as-yet-unnamed woodcut McKenzie and my wee Bernie out for a spin. A nice wintery float on slow but reasonable water. Hell yeah. 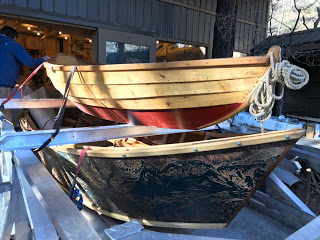 We spent the night at Kate’s folks’ refuge in Bluff and hit the boat ramp at Sand Island as early as the frigid temperature would allow. Kate’s magnificent carved boat needed a little something to take the edge off before getting wet for the first time. So did we. 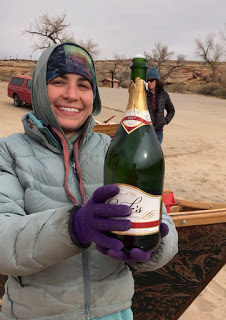 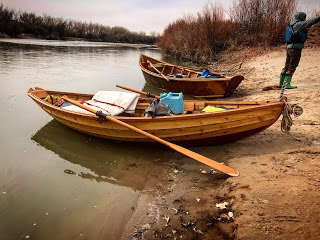 It’s always so exciting to see if the arts and craft project will actually turn out to be a boat. Little Bernie had been on a few flatwater excursions before but Kate’s boat was a virgin to the wet stuff. 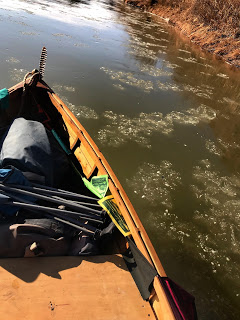 Although I had rowed Bernie on calm water before, this was the first time I got to see how he/she handled in swirls and currents and waves. Better than my wildest dreams. I am in love. So, as it turns out, are Kate and Brian. 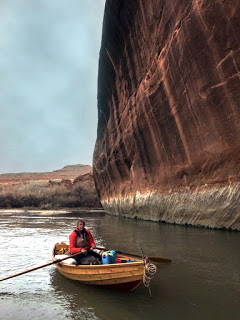 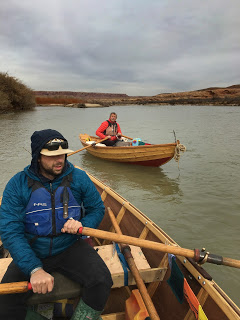 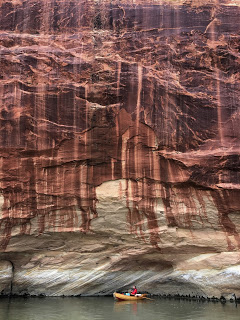 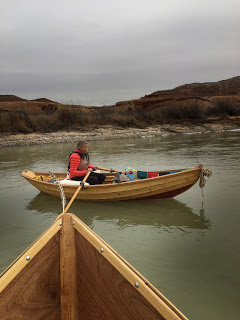 But of course the real point of river trips is camping. So we picked the spot most likely to hold our cloud-cover sun the latest in the afternoon, and give us the earliest shot at morning sunbeams. 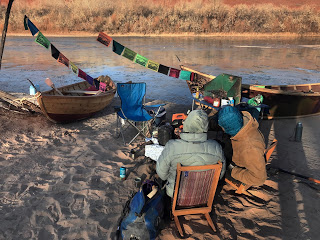 Because the boats were so light, and because the river might actually freeze us in overnight, but mostly because we simply could, we dragged the boats up over the bluff and into camp. Which allowed Kate to make a few more prints off her woodcut project / boat. 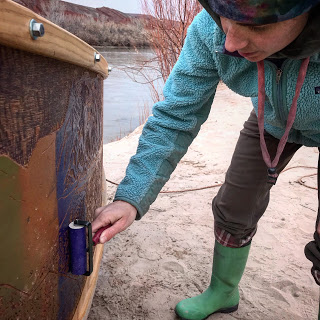 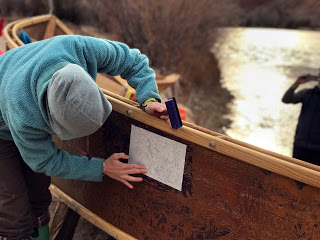 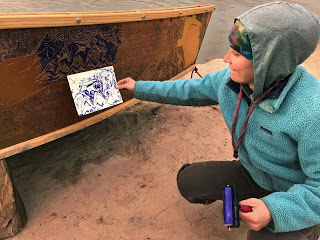 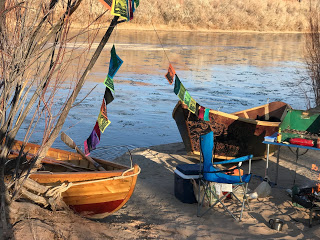 But it’s still really cold. And there’s still a fire… 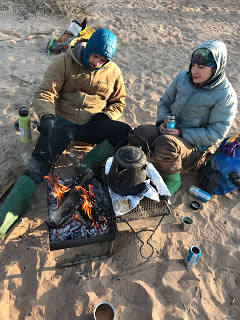 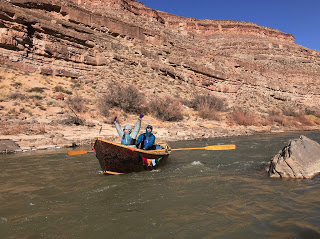 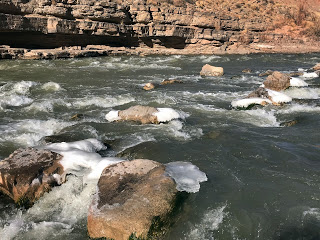 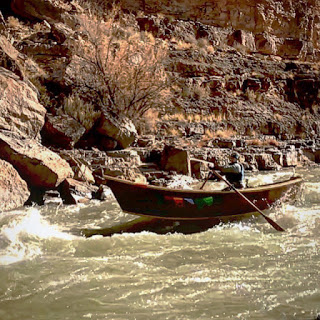 Kate spent a bit of her career as a boatman on the San Juan, so running the dreaded Eight-Foot is not too big a deal. With water. In the summer. In a raft. But winter in low water in a wood boat seems to work okay too.

An aerial view of Bernie and I in Eight-Foot Rapid. I am amazed with the speed Bernie pivots and moves. Such a delight.

Coming up on Mexican Hat Rock. 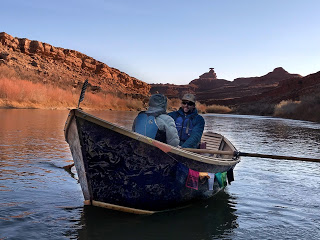 That bit of purple ink toward the stern of the boat is where Kate made a print that night prior of the Raplee Anticline. In the background on the horizon is the anticline itself. 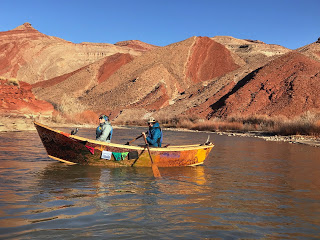 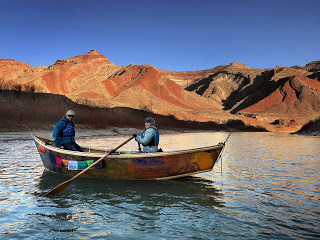 Afternoon sun at the takeout. 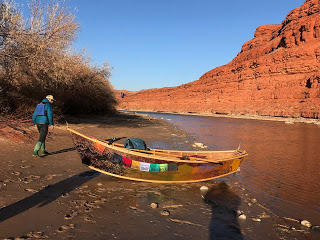 I think we’ll call this mission a success. Turns out it doesn’t have to be either a gorgeous art object or a fabulous boat. It’s best if it’s both. (Bernie too.)

If you missed the origin of these boats, here are their stories:

Bernie: Little Swampy, and then Bernie