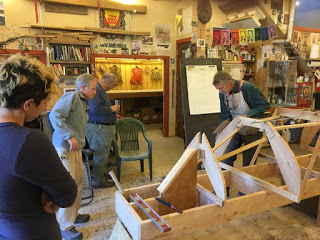 We drew in and chiseled out the rabbet on the stem. Then David carved the leading edge. 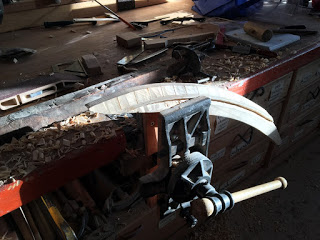 Rooster is cutting out the bottom. 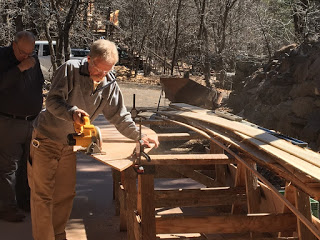 And I am beveling it. Okay–full disclosure. I marked out the first attempt on the bottom with the dimensions of its lower face–the narrower face. Oops. That made it a couple inches too narrow. Of course I did this for the benefit of the class, so they would know never to do that. Okay, I wasn’t thinking clearly. I was in a rush to close up early and go see Bernie Sanders. But we were too late anyhow. Popular guy around here. 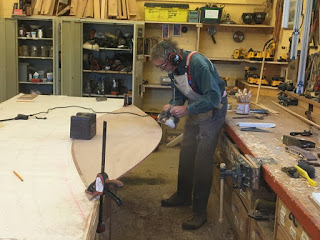 The second bottom fit quite nicely. 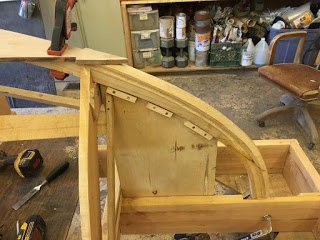 After which we spiled out the plywood garboards and glued them on. That completed the stitch-and-glue section of the boat. Here we are spiling the shape for the first cedar plank. 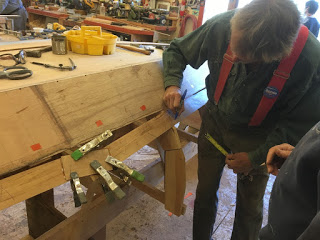 We are trying to find a plank with the perfect kink to cut the strake. Amazingly, the seven planks I had–left over from building the Edith in 2011–provided all six cedar strakes by mere fractions of an inch. Lucky, lucky lucky. 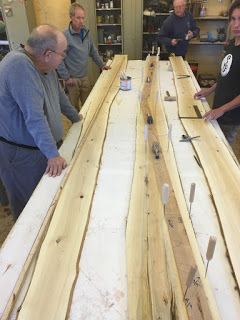 And on they went. Rivets every three inches, skipping every third rivet so the ribs could go in later. 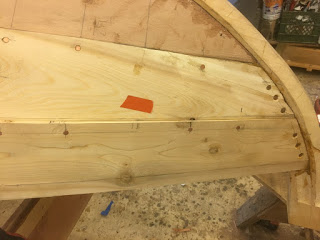 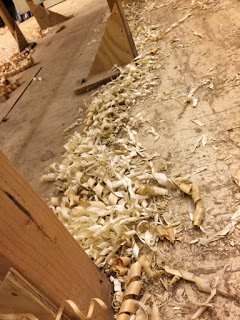 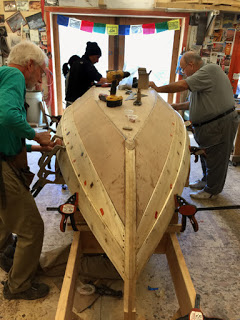 And on with the sheer strakes. It’s a hull. 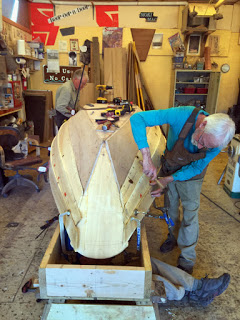 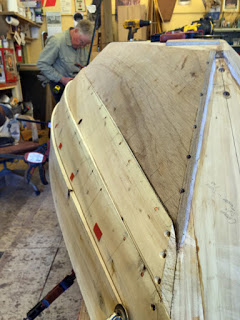 Up she comes. Time for interior work. 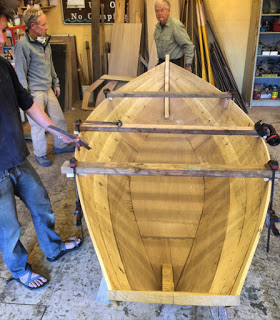 First we do the fiberglass coat over the plywood section. The bottom several inches of the boat will be pretty impervious. 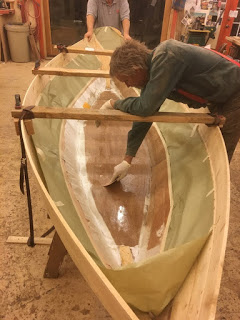 And in go the white oak ribs. It turns out that at 7,000 feet above sea level, a steam bender never really gets hot enough for ideal oak bending. They really didn’t want to bend quite like we wished they would. Next boat maybe we’ll drive the whole apparatus to Phoenix for the day. 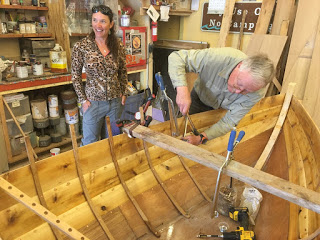 After staring at the boat for and evening and a morning we agreed she was a touch tall amidships. A little flat. We cut down the center sheer by an inch, which added oodles of grace to her profile. 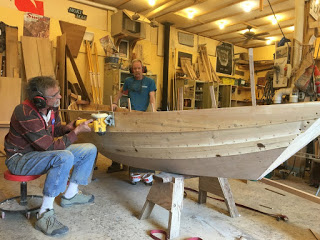 On with the inwales. 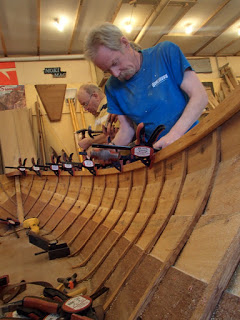 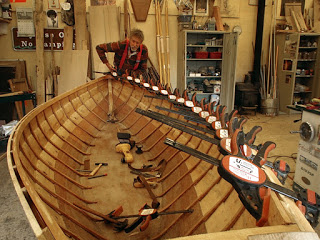 And so ends the five-day course. We named the little thing Bernie. She’s probably going to pull pretty hard left. 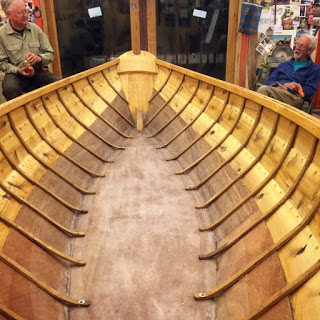 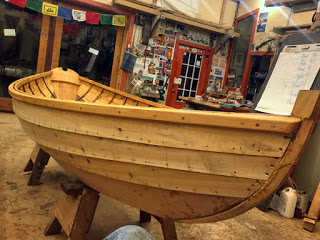 Here are the victors: Brian, Rooster, Ants, David, and myself. Thanks to our part-time assistants too–Missy, Zasha, Janek, Roy, Deanna and a few others… And a special thanks to the burrito truck that fueled our afternoons. Yum. 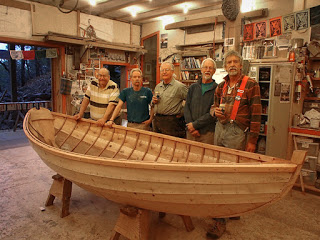 Can’t take my eyes off. 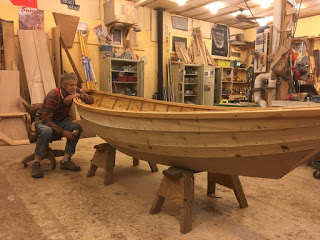