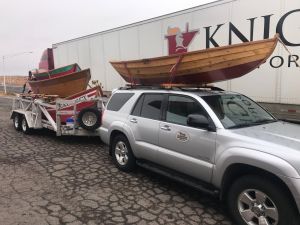 We headed down the old San Juan that afternoon. There were just four of us, so we could only row four boats. 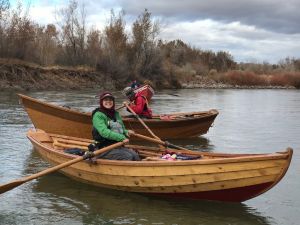 Peekaboo and Bernie were so light we dragged them up into camp for furniture. 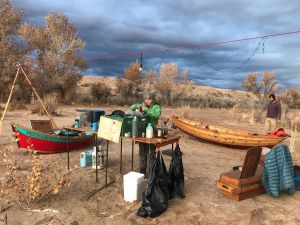 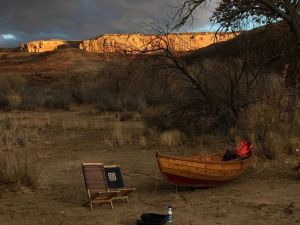 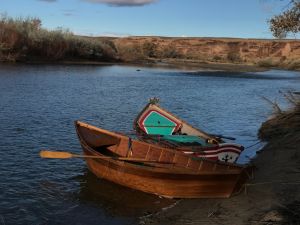 Turns out Peekaboo makes a swell bed for one or two people. 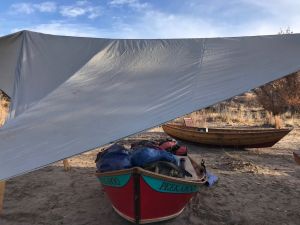 There sure are a lot of traces of our Puebloan forebears up there. 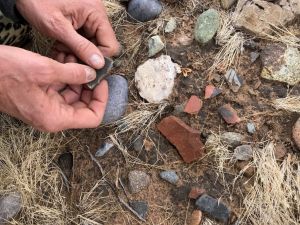 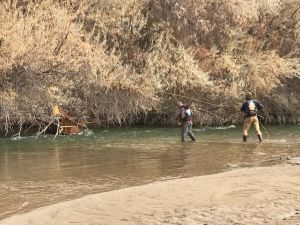 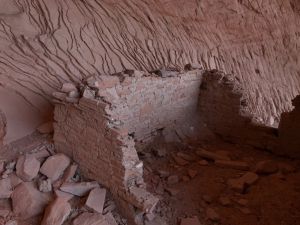 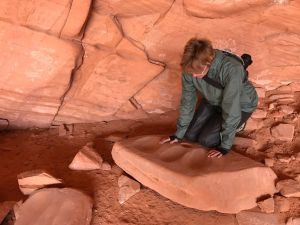 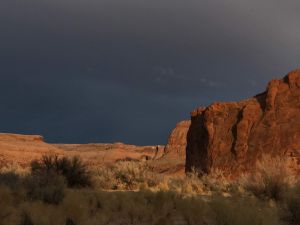 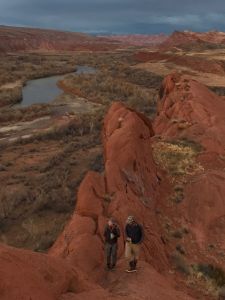 Eight-foot Rapid was easy but fun. 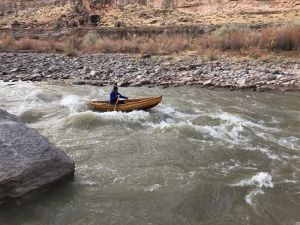 Peekaboo is so quick, stable, and seaworthy that she really doesn’t make very exciting photos. But I guess that’s a good thing. 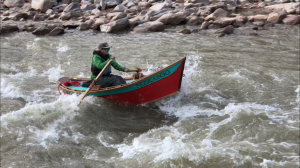 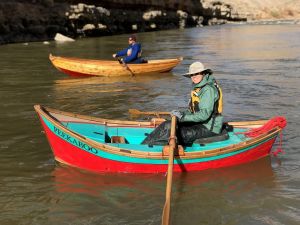 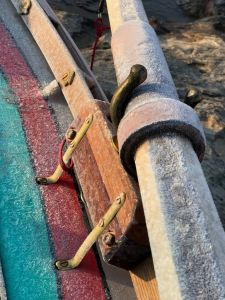 Encouraged, we drove up to Westwater to try some more vigorous whitewater. But we were so busy we got few photos. Again, Peekaboo was so comfortable in turbulence that she made few exciting moves. Justin rowed her through with great poise. Cricket took Juan, our open McKenzie through and due to the length and lightness of the boat, was a lot more exciting to watch. What a badass. 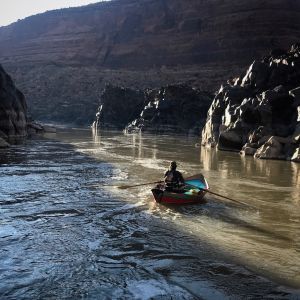 Andy Hutchinson joined us for this stretch. 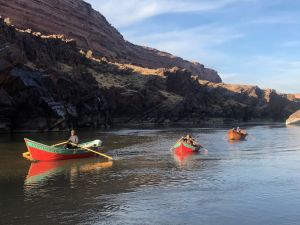 As usual, the camping was as much fun as the boating. Juan disassembled into camp chairs, cocktail table, kitchen tables, and a lean-to to camp out of the dew. 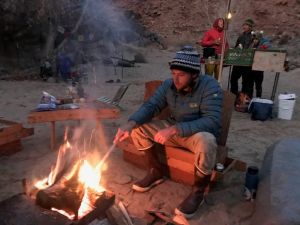 In all, we were thrilled with Peekaboo’s performance and hope to start Doryak 2.0 in a week or so. A few tweaks here and there, but it’s a winner.