brdfrd2020-09-23T21:18:45+00:00January 5th, 2020|News|
Just after Thanksgiving a cluster of Martin Litton’s old dory crew from the ’70s and ’80s gathered in southern California for his widow Esther’s hundredth birthday. Esther at 100 is quite a bit sharper than I was at fifty. It was a marvelous and moving celebration. 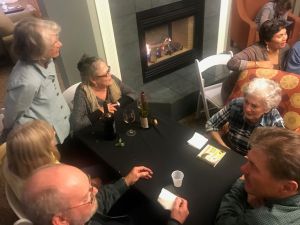 Back in Flagstaff we hosted another house concert–Keith Greeninger put on a powerful event. A truly amazing entertainer. 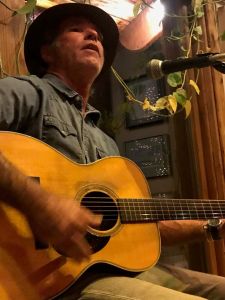 Down in the shop Tim Porten brought in his McKenzie boat Eileen for decks. We hit her hard and five days later sent her home decked, guttered, hatched, hinged, and latched. 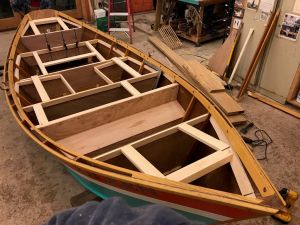 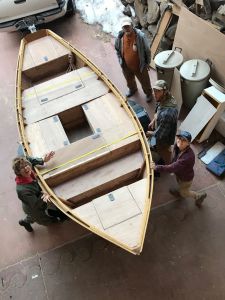 Then we set to work on Doryak 2.0–a slight modification of last month’s Peekaboo. This one is a couple inches taller with a bit more rake to the bow. A few other small tweaks, but quite similar otherwise to Doryak 1.0. 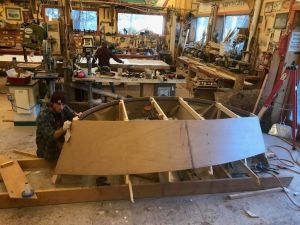 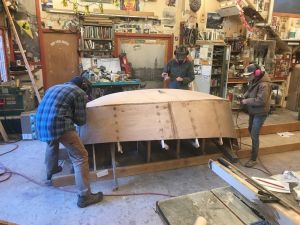 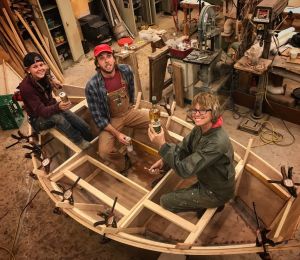 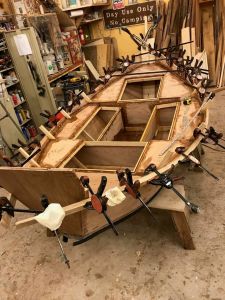 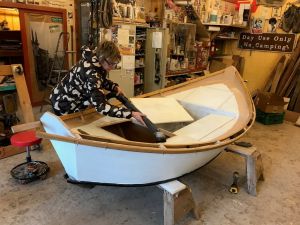 We headed west in another snowstorm on Christmas Eve in a cowardly attempt to avoid Santa and all that other nonsense. It worked. 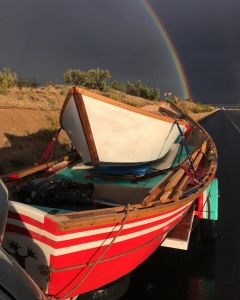 We motored up into Black Canyon for a few days and took the new boat out for a spin. Her name is Spooky Gulch–the sister canyon to Peekaboo. Both canyons are tributaries to the Escalante and getting trampled my cattle and two-legged creatures under BLM Multiple Abuse management. 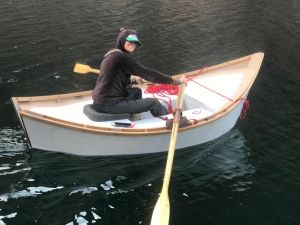 Andy and RJ rounded out the fleet with their vintage Briggs boats. 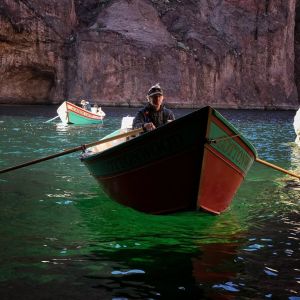 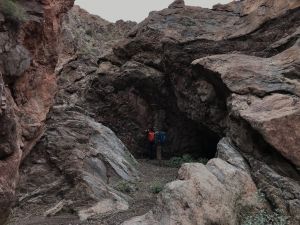 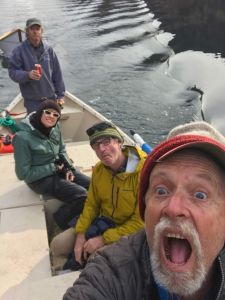 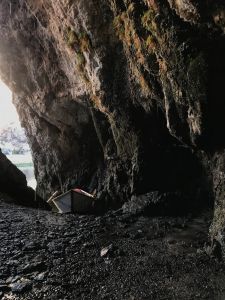 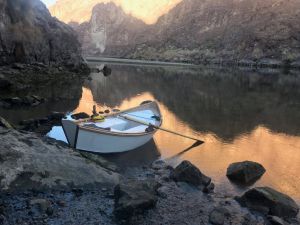 Spooky handles beautifully, as we had hoped. Her added height makes her a bit more wobbly when unloaded, but a few cases of beer for ballast will fix that. 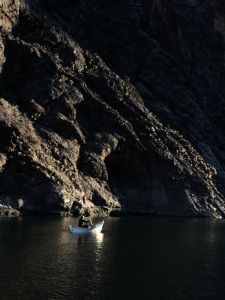 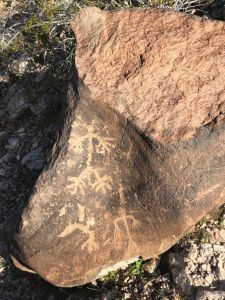 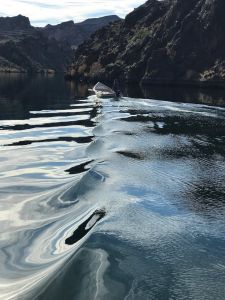 After four nights Andy and RJ headed home and Dawn and I went south to the lower river via the Blythe Intaglios–ancient geoglyphs in the Mojave Desert. 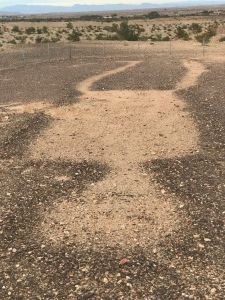 We rowed south from Walter’s Camp on low water, pausing at the occasional sandbar for camp. Turns out Spooky is just right for tenting as well. 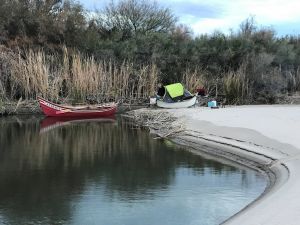 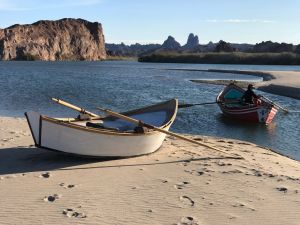 A Happy New Decade to you all. Let’s take the next ten years and see if we can turn this species around again and get on a positive course for the planet and all its inhabitants. 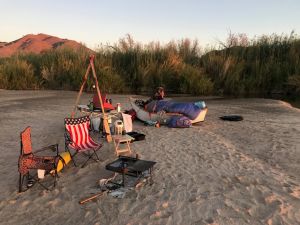 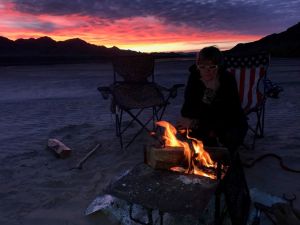