Bert Loper died at his oars in Grand Canyon just shy of his 80th birthday. His companions caught his boat several miles downstream and pulled it up on the bank, where it remained as a memorial to the Grand Old Man of the Colorado. 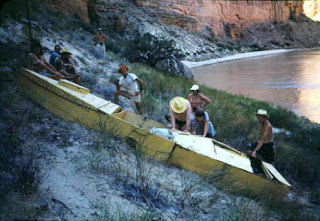 But the elements have not been kind and 70 years later little remains of Bert’s Grand Canyon. 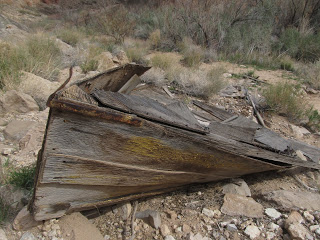 It seemed like as good a time as any to build a replica before there is nothing left. Using photographs, correspondence, reports, journals, and some measurements Andy Hutchinson and I took fifteen years ago, Cricket and I were able to pull together what we think are a pretty accurate set of lines. 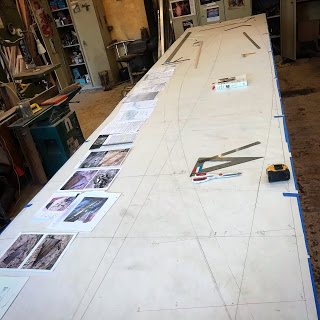 This week we seized the opportunity of Cricket, Pat and I all being off river and got started. Monday we began building ribs and built a strongback. 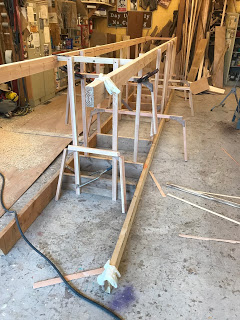 On Tuesday we finished the ribs, bulkheads, bow post and transom and began hanging them on the strongback. 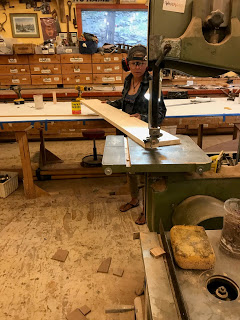 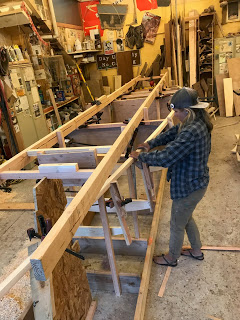 Today we installed the inner chine and a sort of inner gunwale. 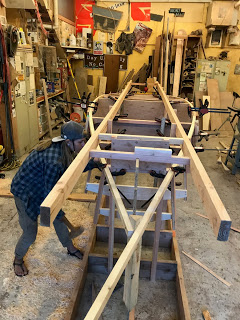 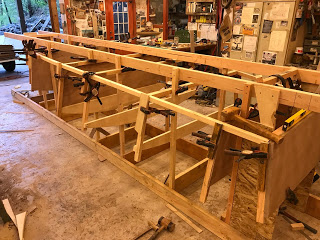 Then we patterned the side panels, cut two of them and screwed them on. The floor is massive–five feet wide and seventeen feet long. Fifty-six feet of scarf cutting to assemble the beast. 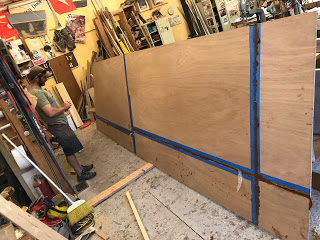 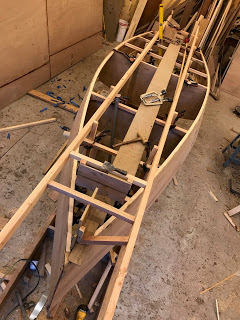 Not bad for three days’ work. We’ll see how much farther we can get in the next day or so, then it’s off to Maine for five weeks of serious boat fun. So blog posts will be even more infrequent I am afraid. 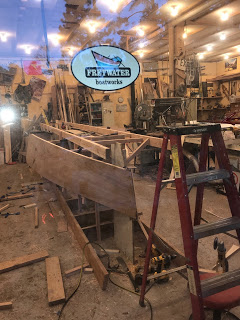 But to tide you over until later this summer, here are a couple nice videos that came out recently about Cricket and I and the boatworks:

Art of the Outdoors

And for those who missed it, here’s one that came out last year: