brdfrd2020-12-05T20:40:57+00:00March 26th, 2016|News|
I’ve been driving a Toyota Previa van for about twenty years. But it’s been about that long since they made them and my last one was down to her last breaths. Plus, I have been planning to build a double dory trailer for a while, based on a successful model I invented about 25 years ago. After a few weeks of craigslisting, I came up with a scheme. Hoping I had found what I was after, I made a run to Parker, Arizona to pick up the trailer. Oh yeah, just the one I hoped it was. Then I towed it up to Las Vegas to buy a new (to me) 4Runner. Another score–immaculate and very reasonably priced. The poor old Previa made her last run with honor, spewing fluids and gasping all the way. And she earned a free ride back home. She’s for sale if anyone wants a project!
It feels so weird to be driving a basically new car. First time in my life. I feel like an imposter. I keep wondering whose obnoxiously shiny car is in my driveway.

Back to work. The finish washers arrived for Bernie, so I put those in. 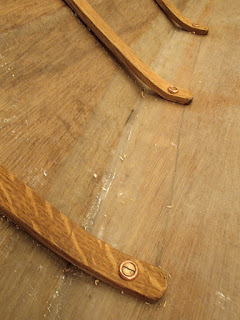 Janek and I glassed the outside of the bottom and garboards. 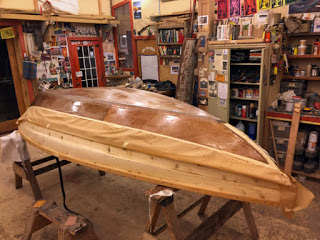 Columbine Falls stopped by for a visit. She had a bad run-in with Waltenburg Rapid last year. Waltenburg, to be quite frank, has been a real asshole lately. Mean. Lashing out at old friends. 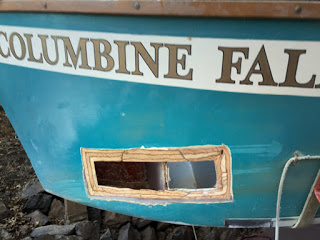 No problem. Just a scratch. 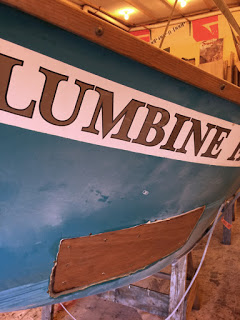 Bernie gets his garboards painted and the rest of him oiled. All done but seats and oarlocks. 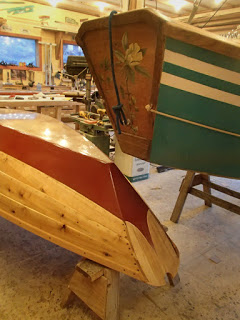 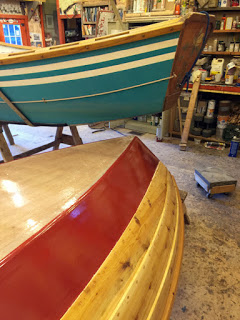