brdfrd2020-11-13T00:08:05+00:00May 3rd, 2012|News|
Julius survived his fourth Grand Canyon trip unscathed, through little fault of my own. I missed a few runs, slopped through a few others, but came out right-side-up and smiling. I was a training boat and blabbermouth on Arizona Raft Adventures’s annual “Dories and Stories” trip. Last year I took down the Edith–my replica of the 1911 Kolb boat, for its 100th anniversary. This year I took Julius to celebrate the 75th anniversary of Holmstrom’s solo run of 1937. (Next year it’ll be a Nevills replica, to celebrate the 75th anniversary of that historic style.) 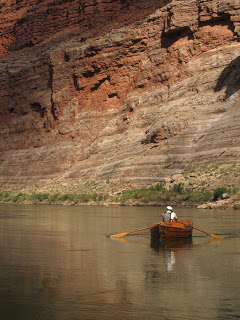 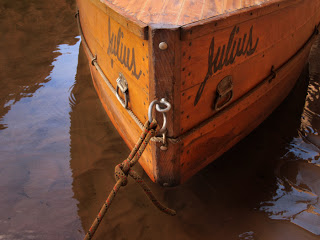 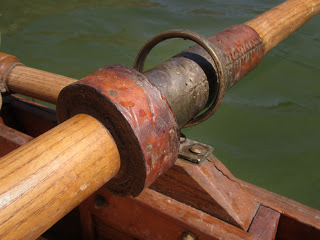 I shot a lot of video footage, although most of it was unremarkable. I’ll post a few amusing ones. Here is Hance, where Alan and I violated each others’ personal space for the entire run:
High res YouTube link

Sockdolager, where I tore an oarlock out and bent it:
High res YouTube link

Here we are hauling the potty to lunch, in lieu of the poo boat who had headed downriver early to exchange hikers. Buzz would be proud. 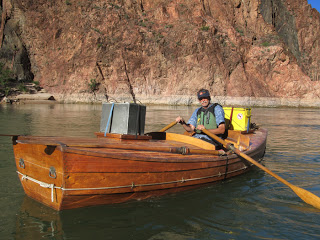 Horn Creek, where I actually made the run:
High res YouTube link

And a pause for beauty at Trinity Canyon: 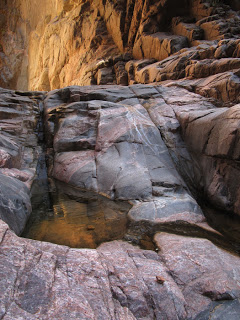 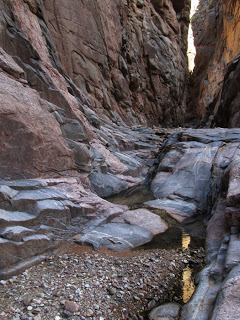 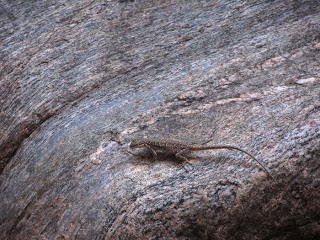 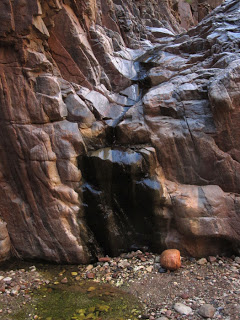 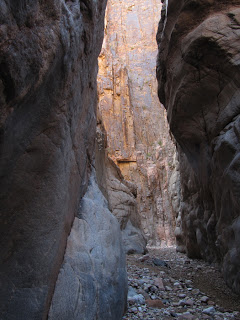 Down the left wall at Crystal: 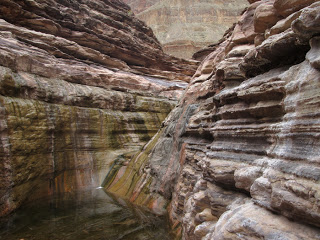 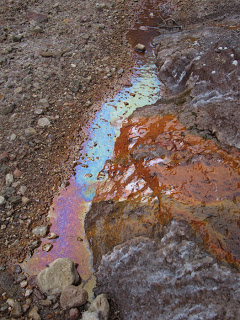 And one of the worst runs I’ve made at Bedrock since I was a greenhorn in the mid-70s. Angle, Brad. Angle! For the love of god, angle!

An ouzel posing at Deer Creek: 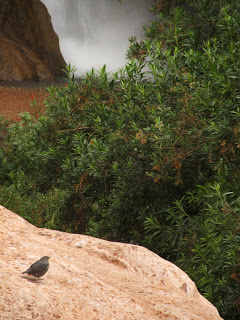 And what was most likely the most spectacular run, down the right at Lava Falls, hot on the heels of an upside-down dory–a huge ride, complete with a high-speed chase through Lower Lava, nearly flipping in pursuit of a runaway dory oar… and the danged video cam ran out of gas before we even got to the rapid. Ah well… have to do it again.
A consolation shot at Pumpkin Spring and a few closeups Julius’s suntanned Port Orford Cedar glowing in the late afternoon light. ‘T’was a fine expedition. 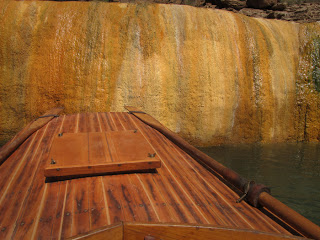 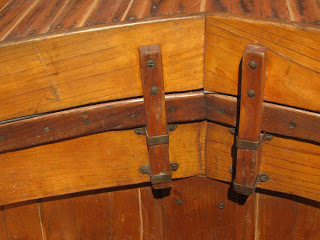 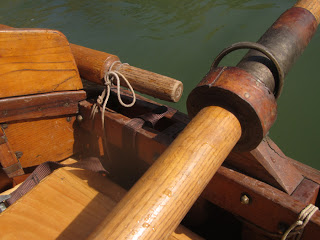 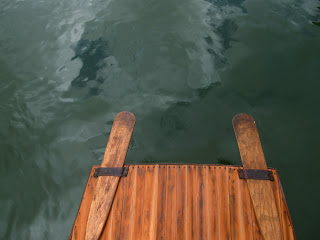