Back in the river, where they belong

brdfrd2020-11-12T23:32:17+00:00April 8th, 2012|News|
At long last the Betty Boop and the Julius got back into the water at Lee’s Ferry–Betty after a quarter century in the desert sun and a mammoth rebuild over the winter, and Julius after a reconditioning and a new floor. Marieke Taney, Betty’s new steward, celebrates: 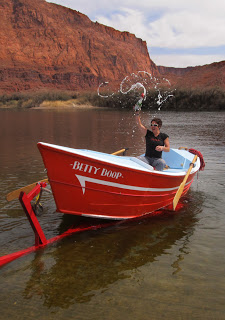 And looks the part: 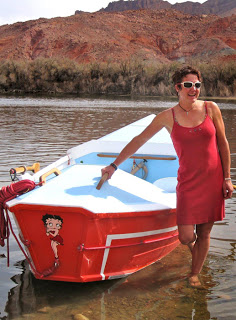 We hired Colorado River Discovery, who operates tours from Glen Canyon Dam downriver to the Ferry, to haul us fifteen miles up to the dam. Of the five boats we up-hauled, Julius, with her broad stern, planed out the best: 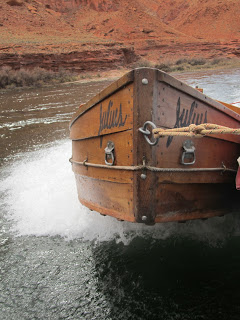 We got to witness an unexplained release of the river outlet works: 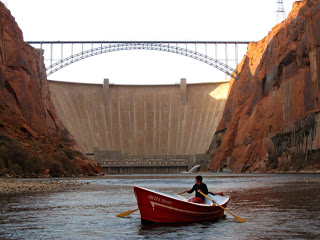 And camp in some outrageous scenery: 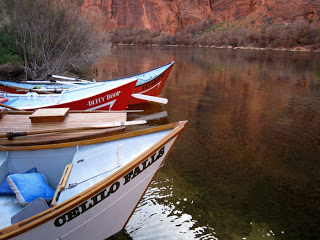 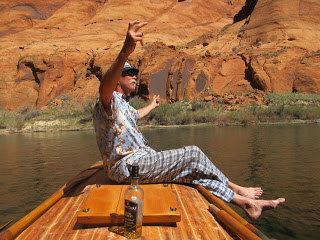 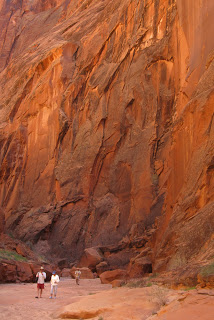 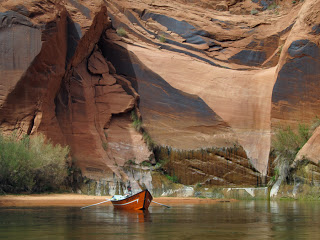 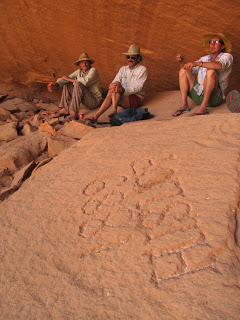 And enjoy one another’s company to the fullest: 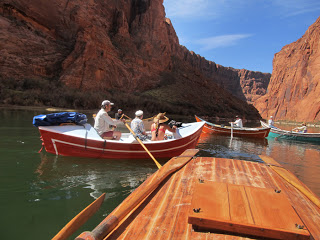 Turns out those high turtle-decks on the Betty Boop make her float very high when inverted, and make her a cinch to roll back up with one person: 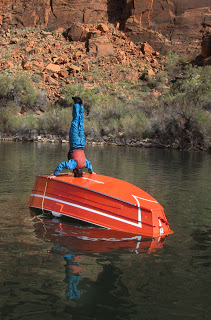 Julius‘s new floor held up fine. It was great to have the boat shining in the sun again after eight years of dormancy and mild abuse: 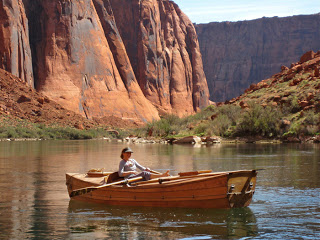 From the early 1970s through the early 1980s, the Betty Boop ran as Larry Testerman’s Great Thumb, in the company of Gary Ladd’s Tatahoto (now moving to the stewardship of Jim Hall) and Jim Deveny’s Nonnezhoshe (for the last decade running as the Surprise Canyon with RJ Johnson and Terri Merz). Here the three are running together again for the first time since 1983. Gary came to the put-in to see the fleet off. I would like to believe the boats were as touched to be together again as we were to be a part of it all. 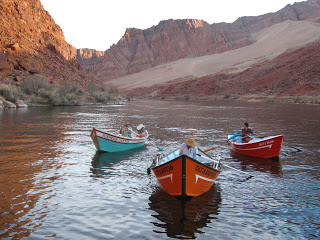 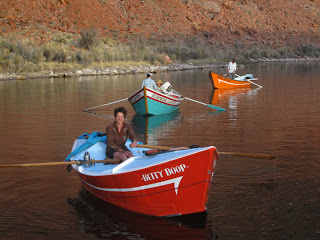 Betty Boop is on the San Juan as I write, and Julius is gearing up for her fourth Grand Canyon run next week. Boats weren’t built to sit in the barn, eh?