A rough start in the boatshop. Last night’s late shift found its way into the whiskey bottle and the morning fog was thick. But we got rocking by mid day, cleaning up the blanks for the sheer strakes, spiling the lines, and cutting them out. Dan has become a professional chine beveler. Jess took some great photos, including all those on this post. 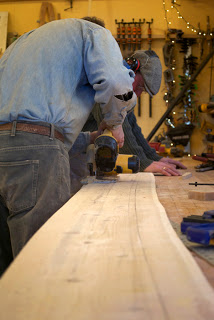 Then we checked the bevels to make sure she’d go on. 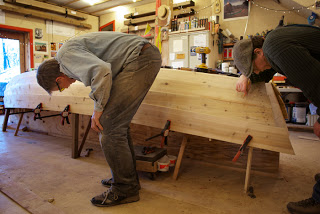 Once those were looking good we clamped her on. 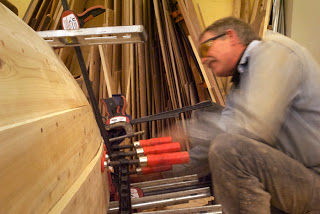 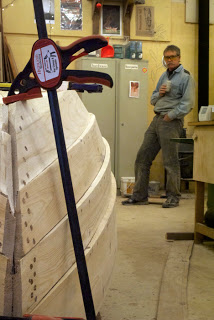 And riveted. Man, it’s tight quarters inside there with a ball-peen, nippers and a roving iron. 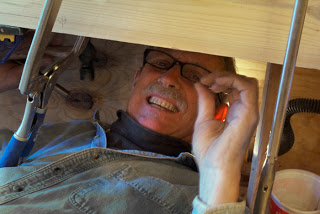 The next move was to rivet the other side but we were tired. So we decided to quit. But first we thought it might be nice to trim the transom. 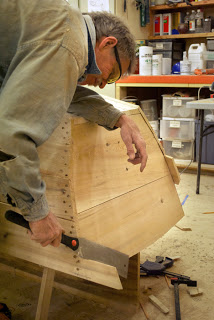 And that is starting to look pretty cool. Then we got ready to quit. 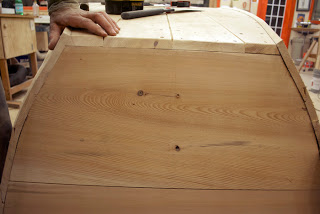 But we thought it might be nice to plane the chine down a little first. 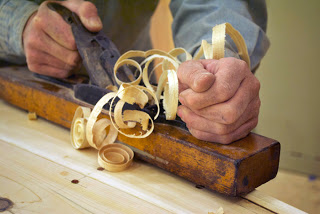 So we did that for a while. Then we quit. It is at that stage where everything you do really adds to the growing beauty of the beast. So before shutting down we pondered it a little more. 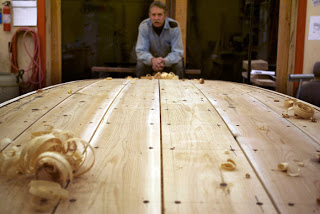 And then we quit.
And then I had to make this blog post.
But now I am quitting. Really.