Back in 1994 I made an inventory of the known Briggs Grand Canyon Dories. The last one built and delivered to Martin Litton had a serial number indicating it was hull #36 of that design. At that time I could only come up with 29 of them, and rumors of a 30th owned by a private fellow whose name was unclear.

Twenty-one years later I got an email from Dick Schwind, the owner of the rumored missing boat, named Ouzel. Dick bought the Ouzel directly from Briggs in 1973, and also wrote West Coast River Touring– one of the early paddling guides back in 1974. From the book: 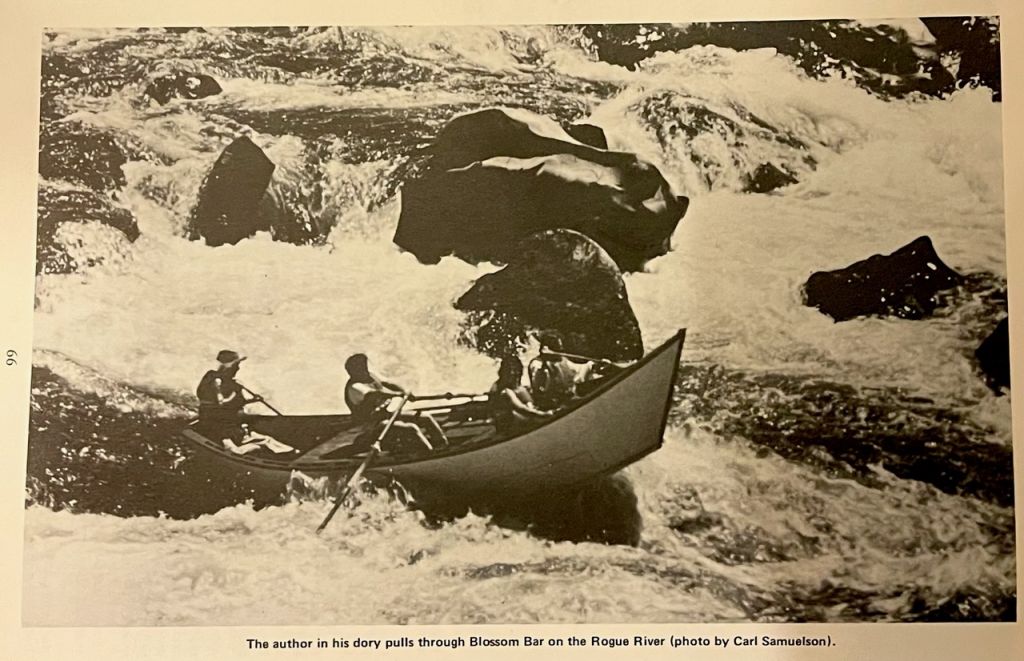 He took it down Grand Canyon, the Rogue, and a few other rivers, but mostly she sat in dry dock. He was planning to sell it to the son of a friend and was asking me for a reasonable price tag. 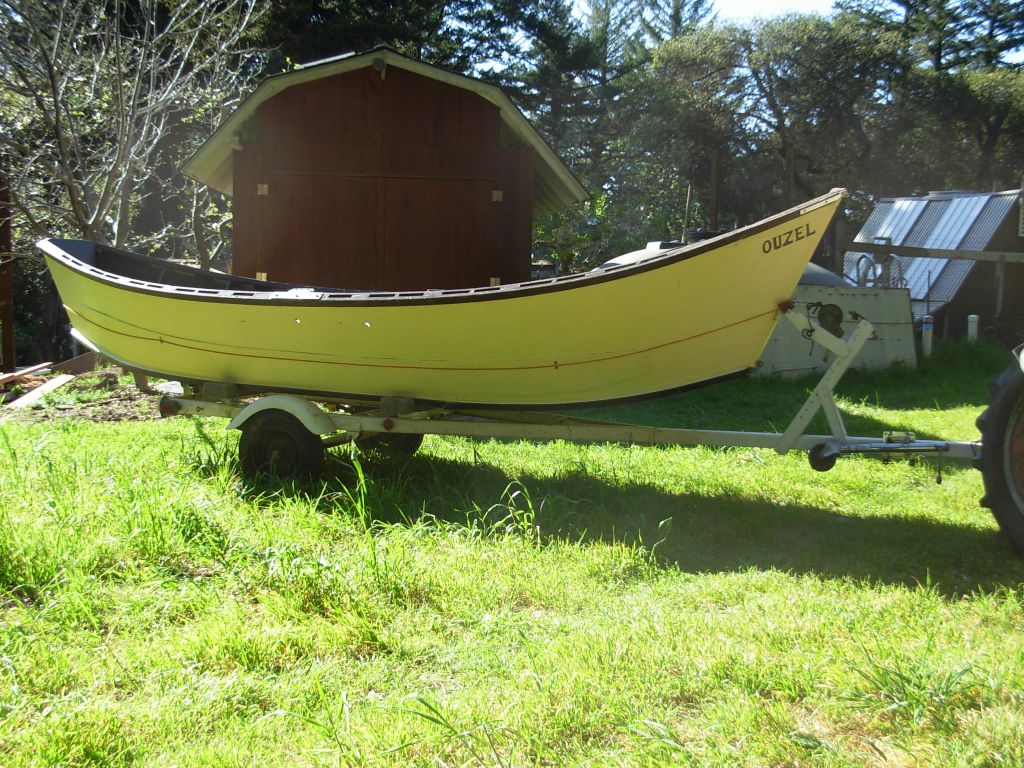 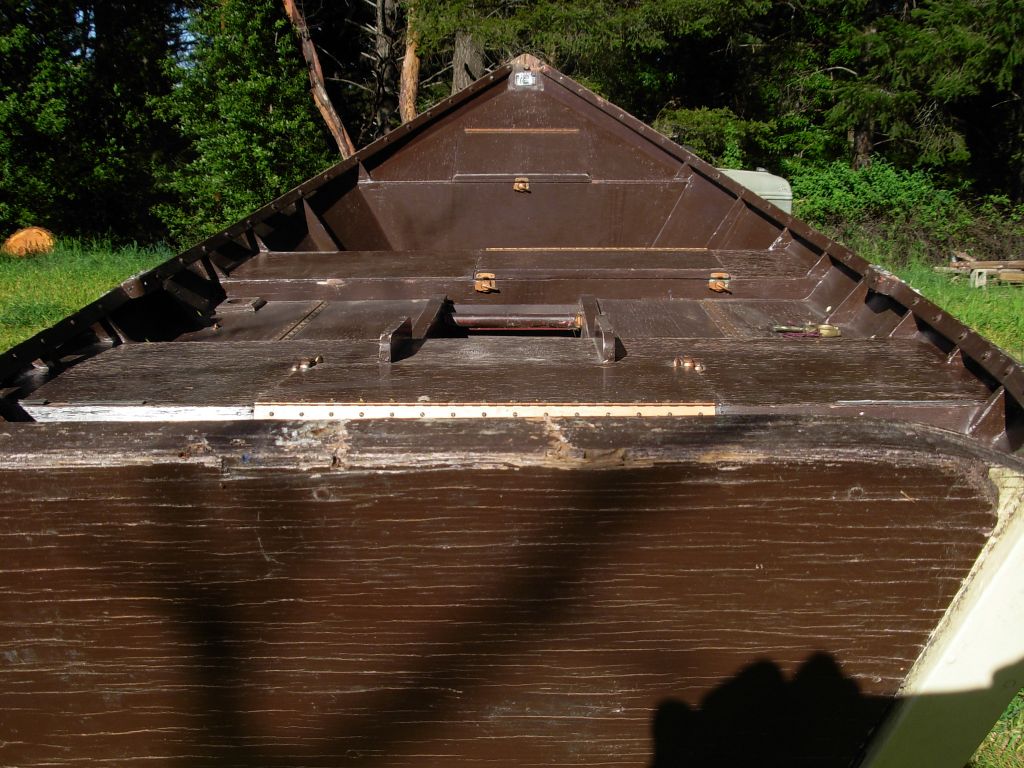 I told him that as a beat up old plywood boat it was worth little or nothing, but that as an original Briggs it had tremendous sentimental and intangible value. And that he should really sell it to me. He didn’t. Dick honored his commitment and Ouzel headed for Montana with a couple proud new owners. 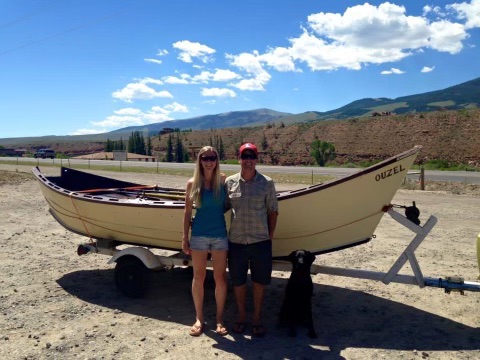 At least I knew where it was. But between my initial inventory in 1994 and now, no others have emerged. Six remain unaccounted for. Our current thinking is that Briggs’s numbering scheme may have started with his earlier but similar model, the Rogue River Special. We may never know.  That leaves us with 30 known Briggs Grand Canyon boats. The only one no longer serviceable is Tapestry Wall, Wally Rist’s boat, which died a slow death in his Phoenix yard. That’s a pretty amazing record. But I am getting sidetracked. I was talking about the Ouzel.

Last March Josh, the fellow Schwind sold Ouzel to, got in touch with me. Josh had started in on restoration but felt it was a bit much for his skill set, and he’d like us to restore it. Would we? Hell yes.

Ouzel rolled into my shop a couple days after Thanksgiving. Other than fatigued paint and a rotted tip of the bowpost from being stored upside down on the ground, Ouzel was in remarkably good shape. Josh had sanded much of her down and had only done a few unspeakable things to her, such as truck-bed lining on her bottom. Coulda been a lot worse. 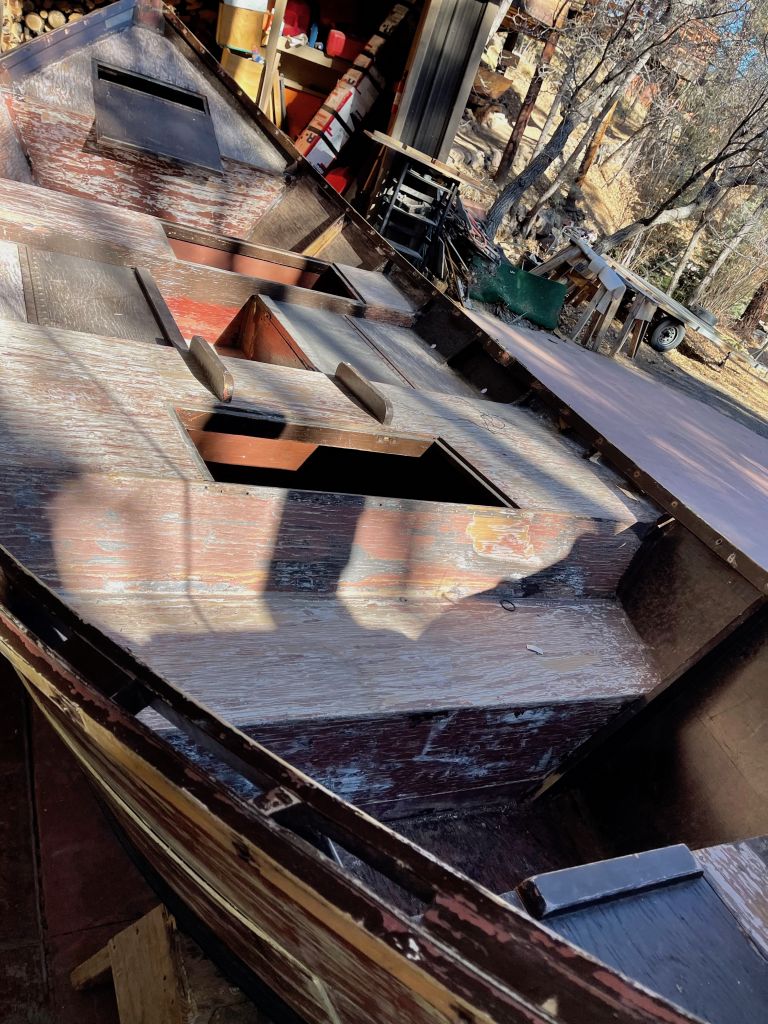 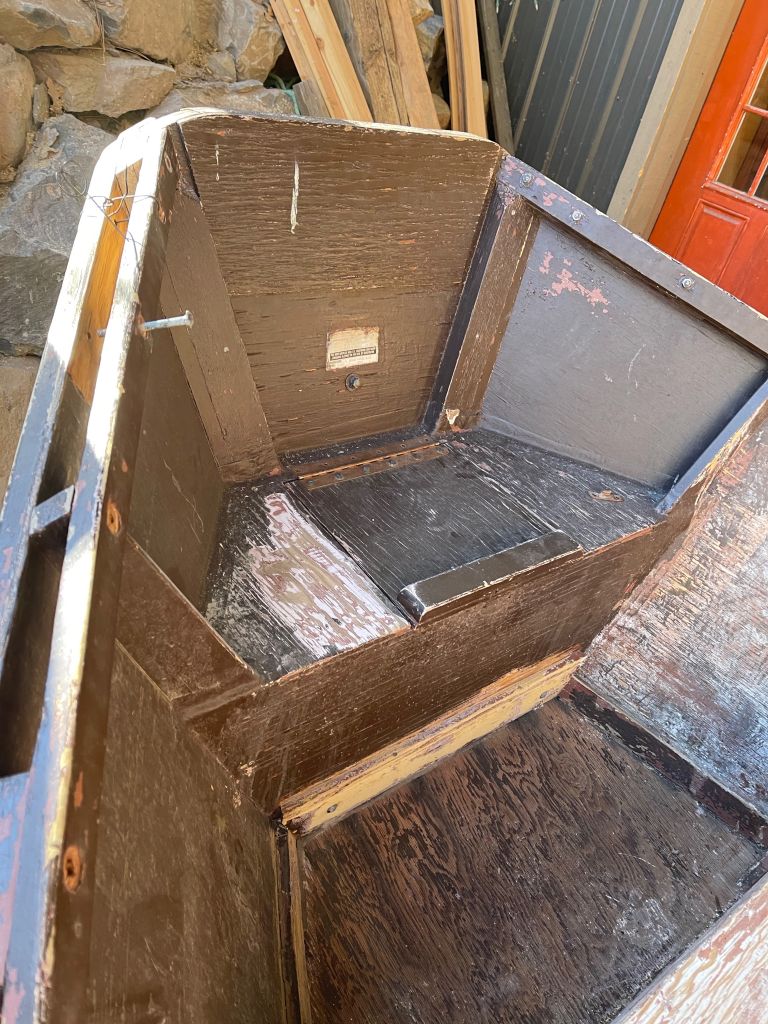 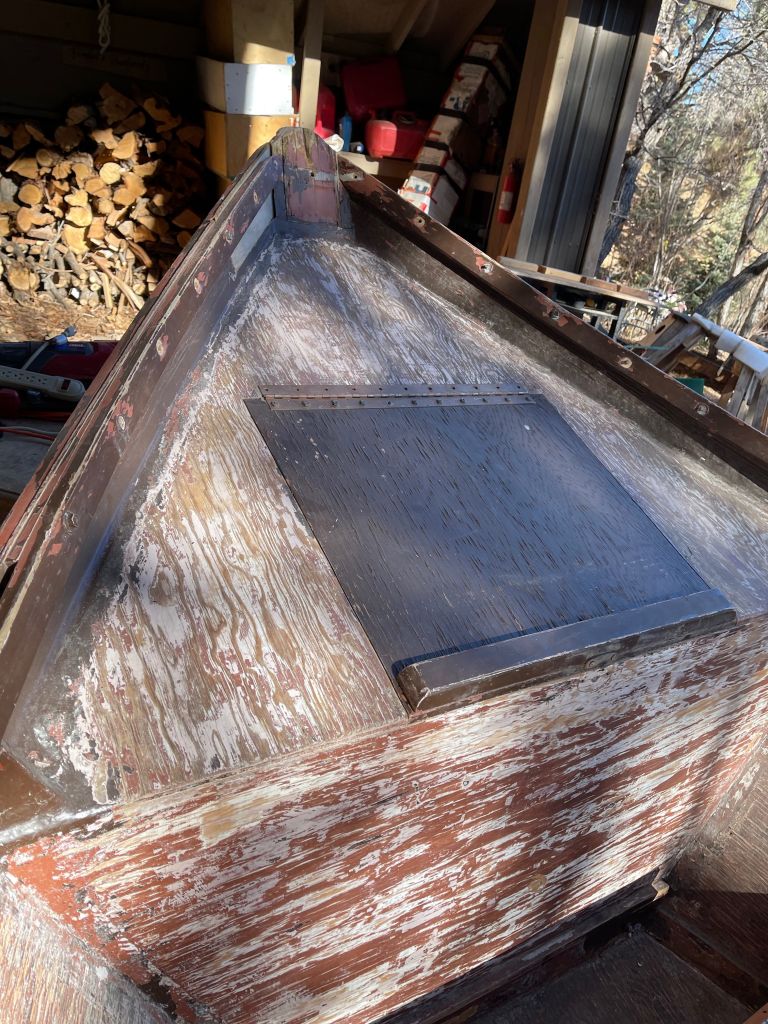 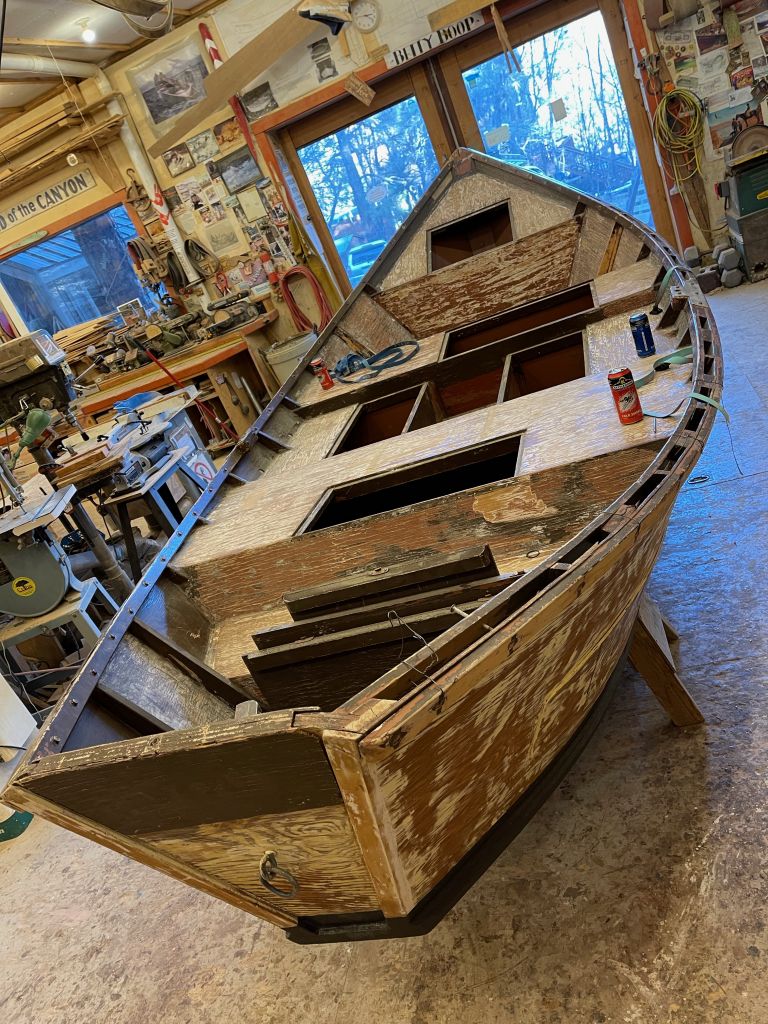 We measured the bejeezuz out of her, as she is the only unmolested early Briggs boat in existed. Turns out there’s a significant difference between the early boats like this and the later fleet. For one thing, the early boats’ bowposts are about three inches taller. That’s a lot!

We elected to do almost nothing to her original structure other than replace the warped hatch lids. 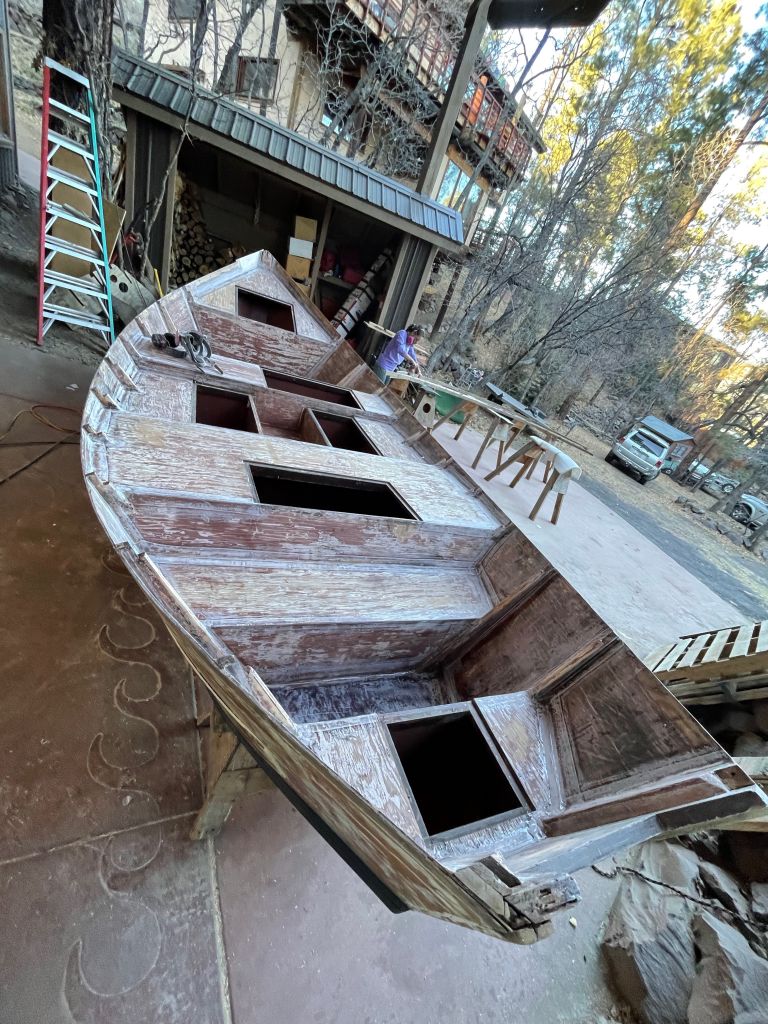 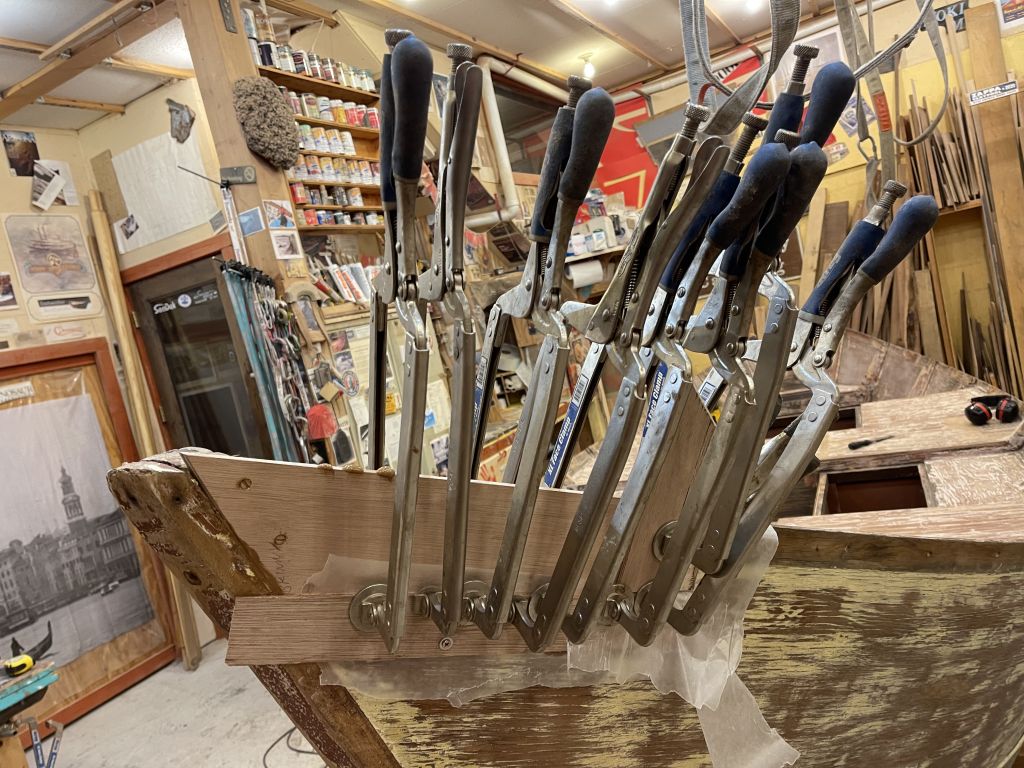 We were even able to save the original gunwales. 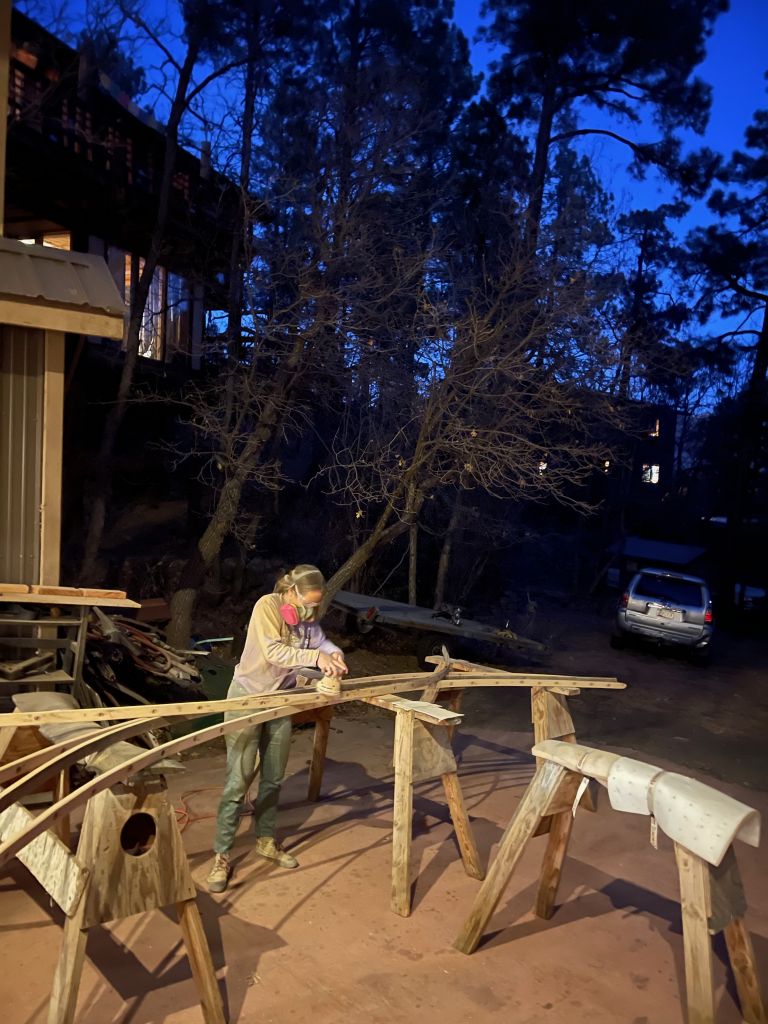 As far as additional heresy, we did convert to SouthCo hatch latches, and cast some custom bronze hardware–a little lipstick for the old gal. 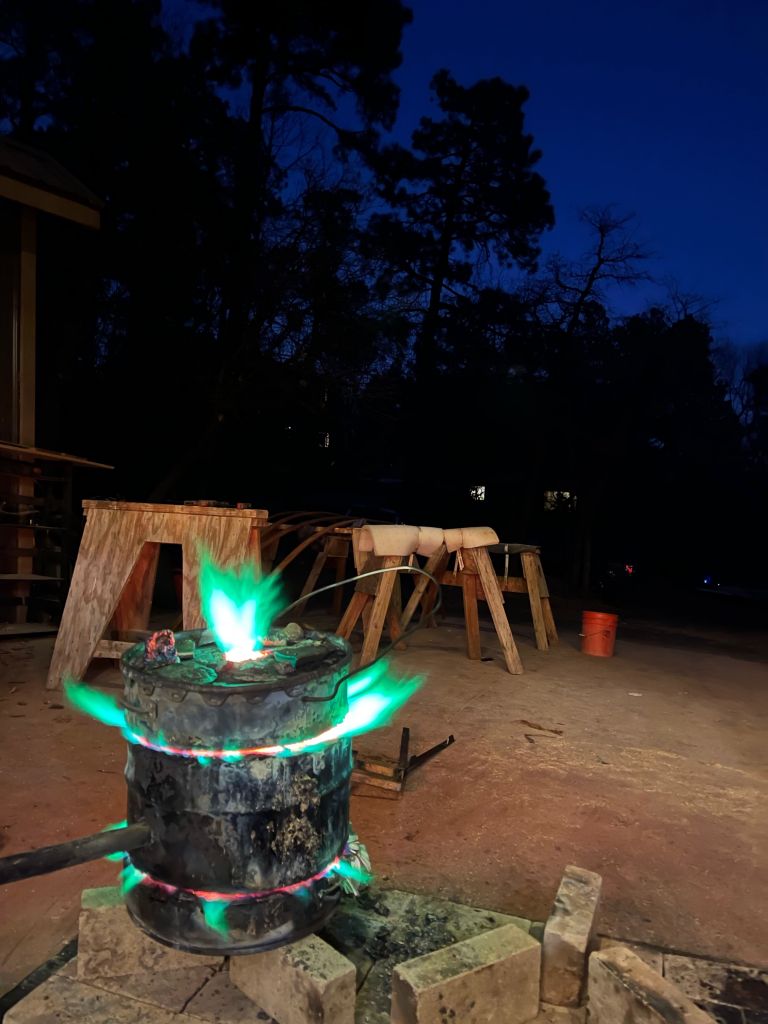 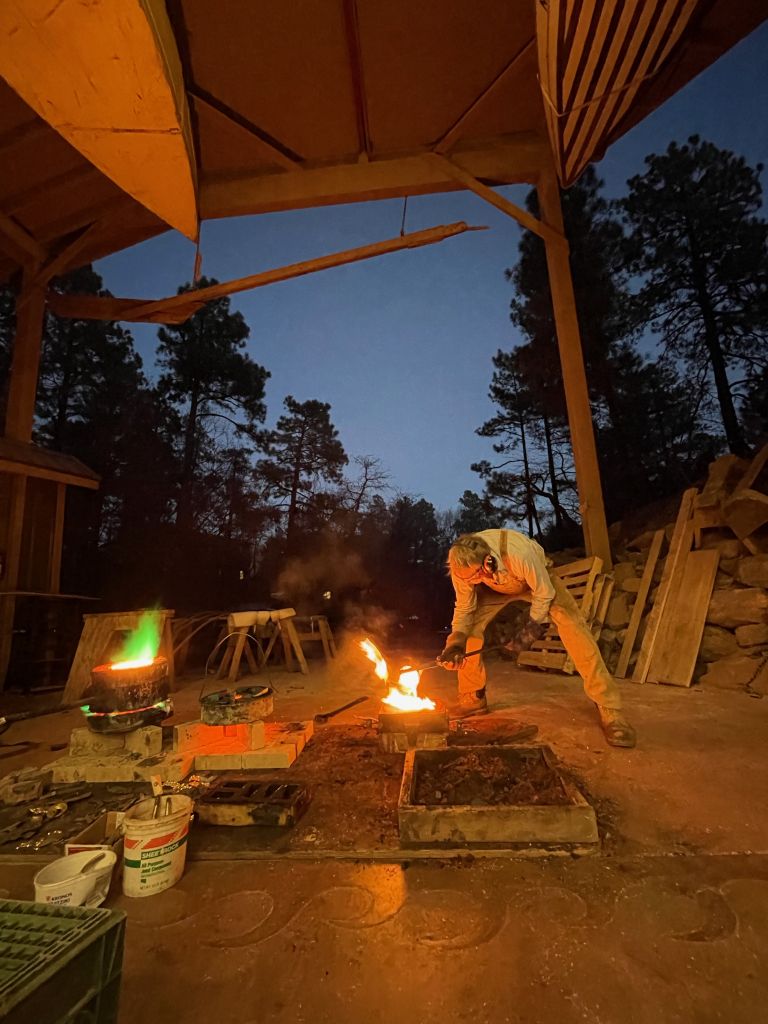 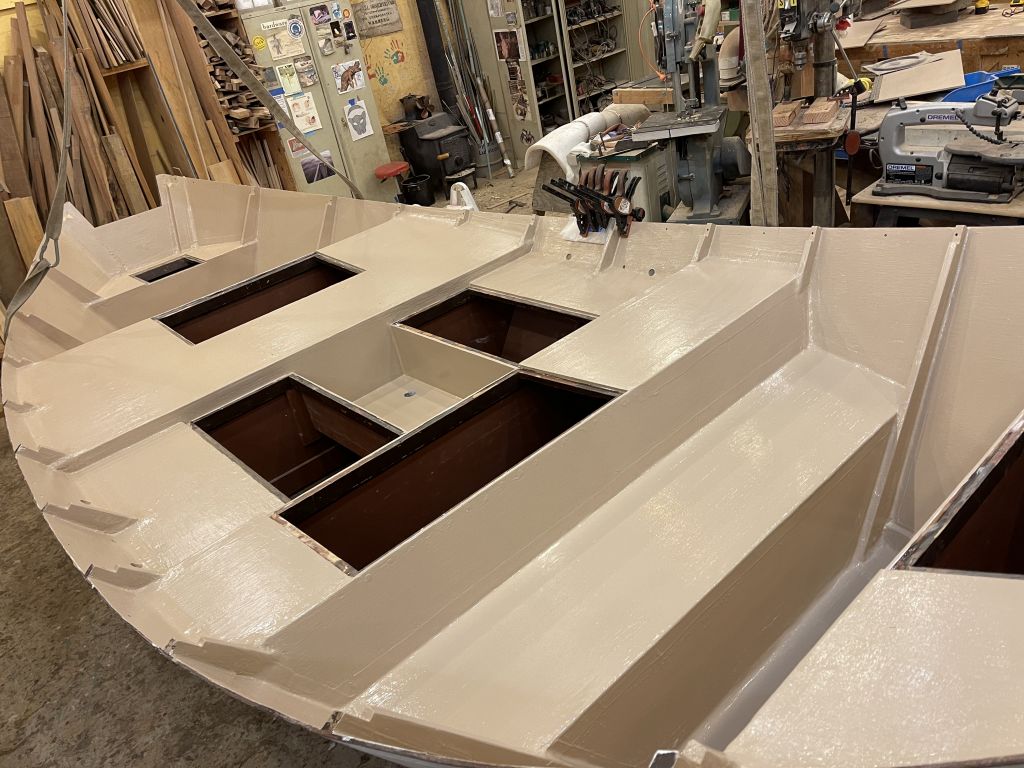 The original hex nuts facing upward to hold the hinges to the hatch lids were kind of unsightly, not to mention a bit dangerous. We switched to copper rivets. 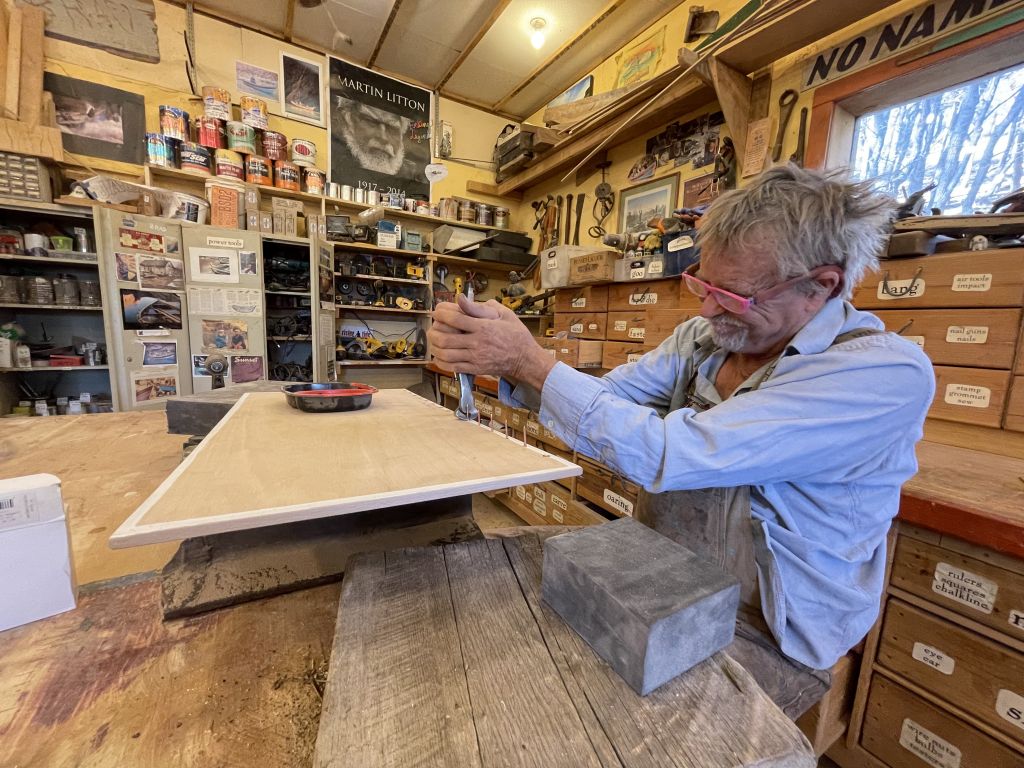 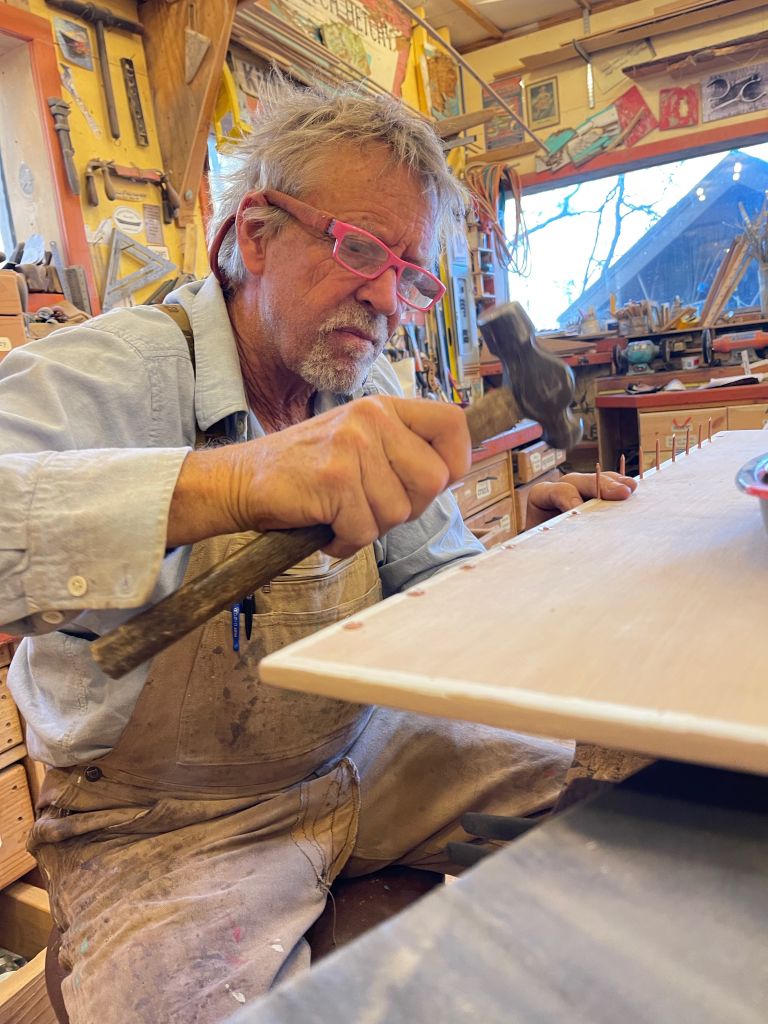 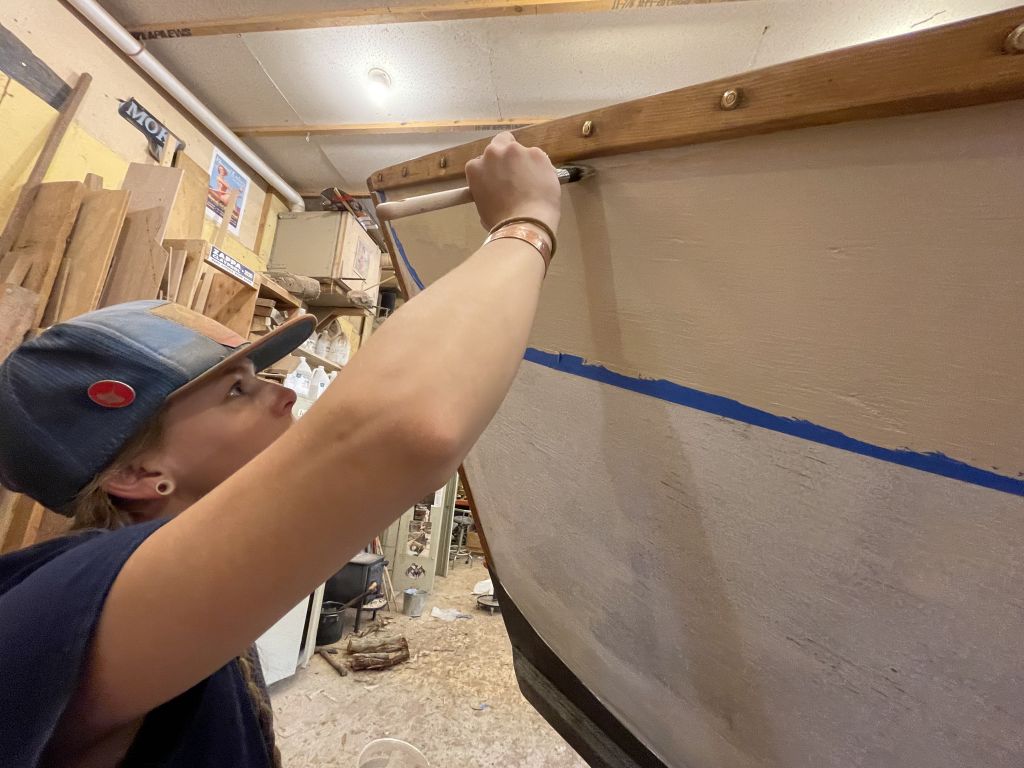 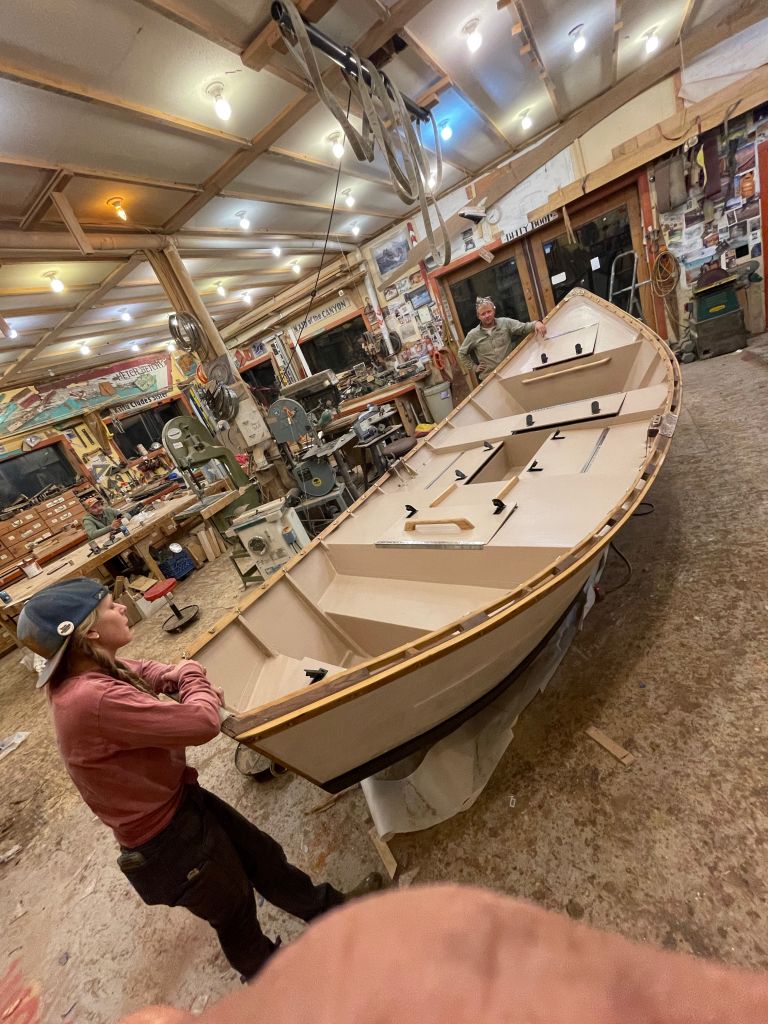 We honored the original yellow with a sideways tweak of sweet George Kirby colors–Straw and Sand on the exterior, and Tequila Beach decks with a Sand perimeter stripe.. 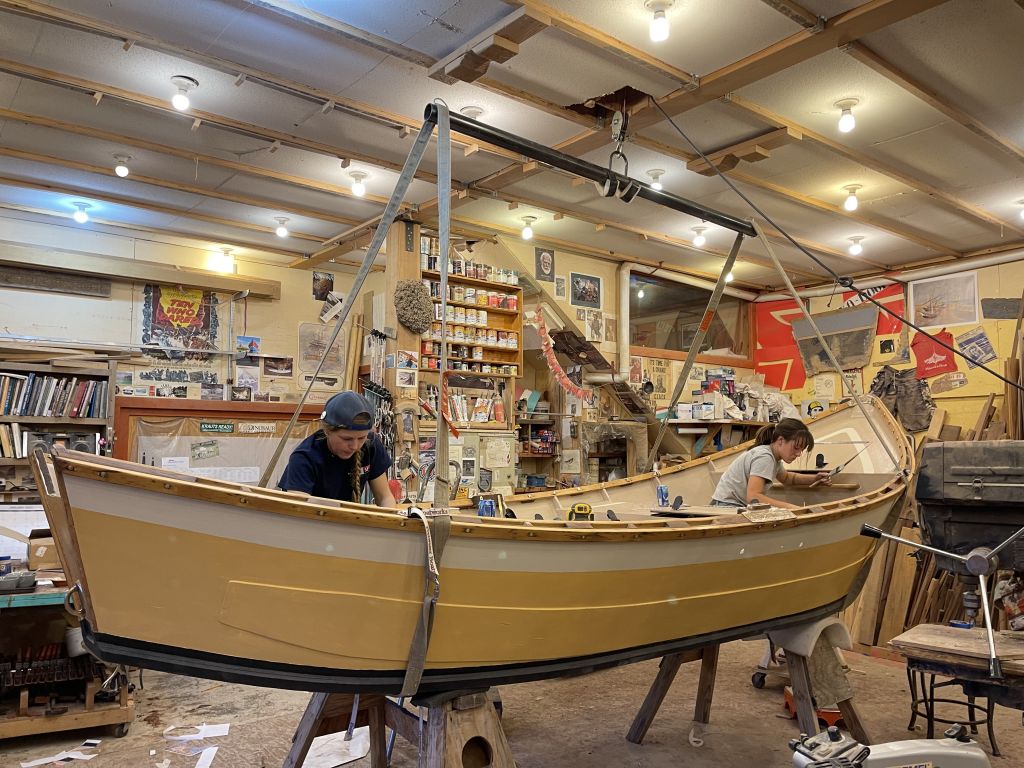 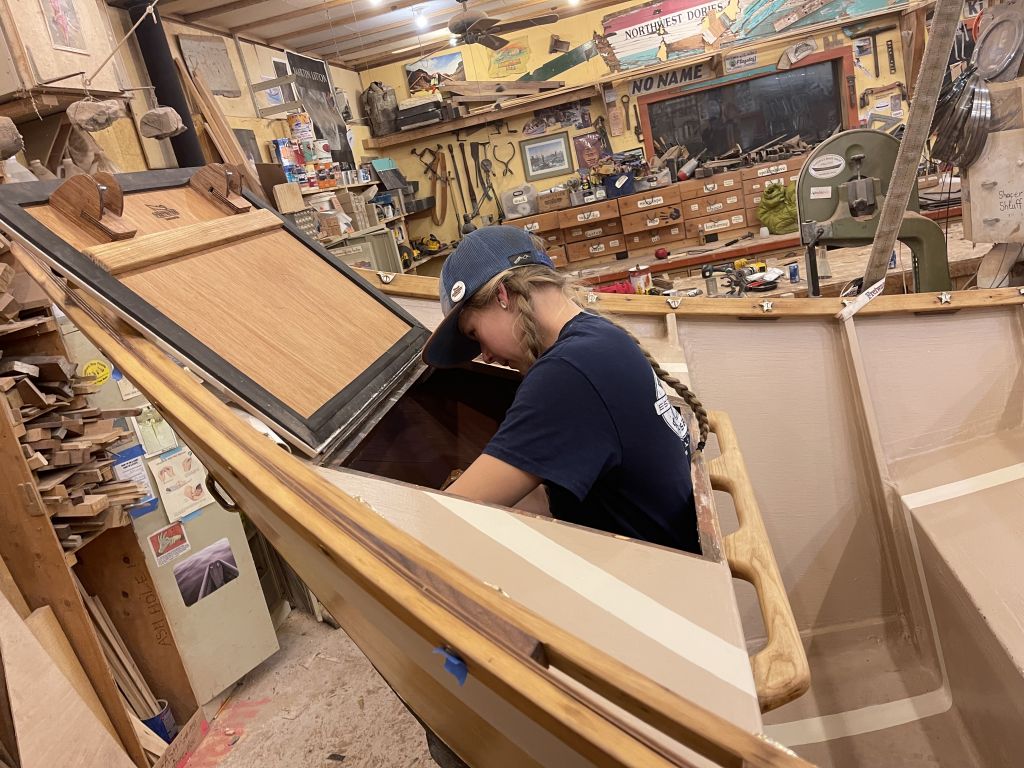 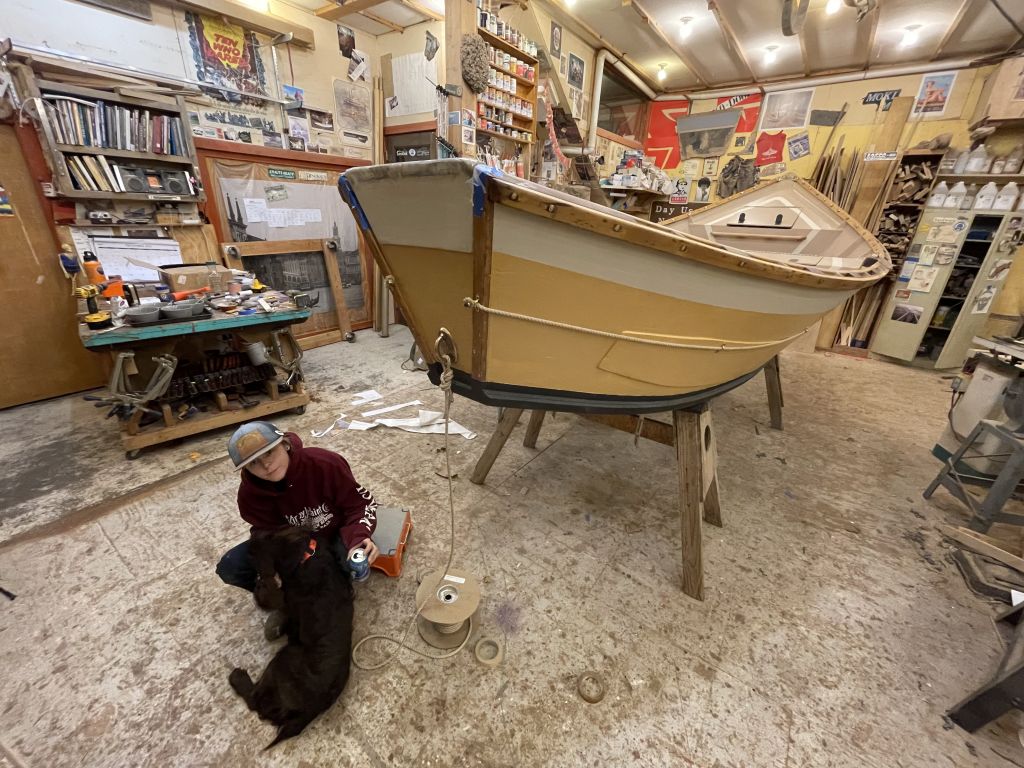 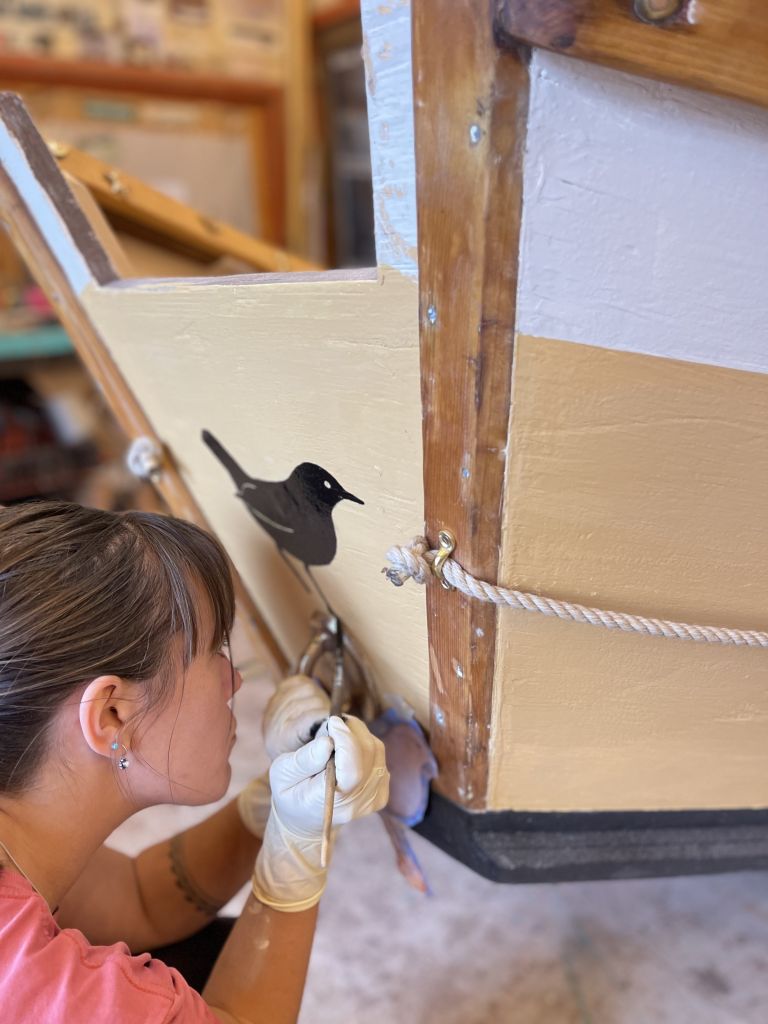 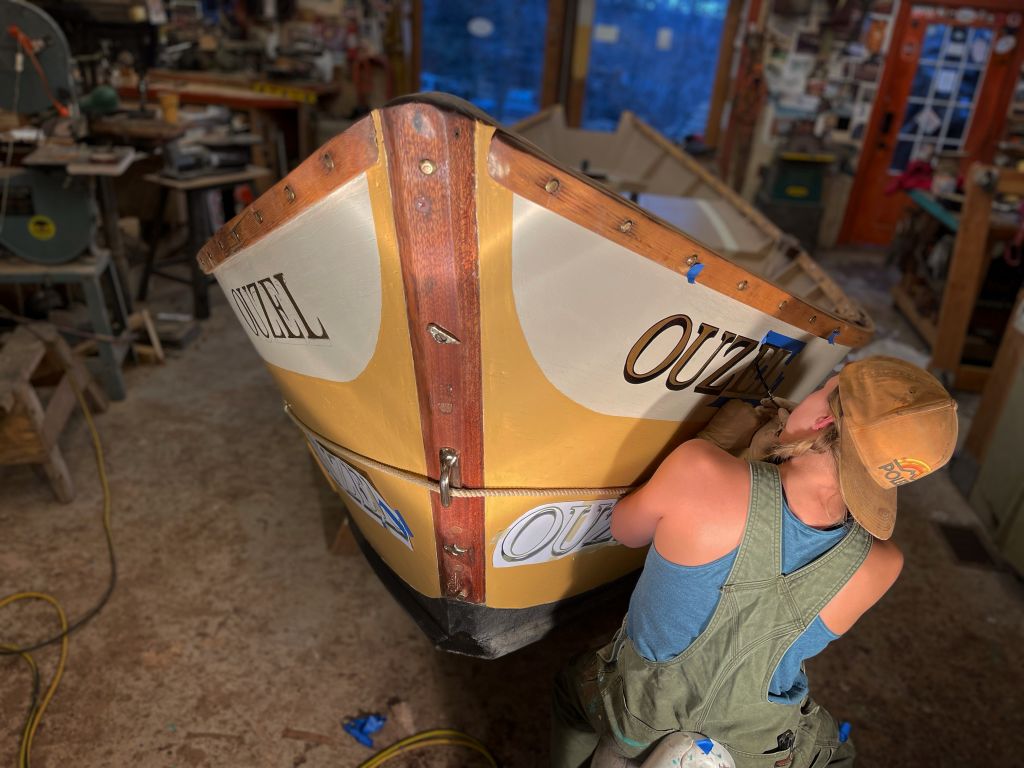 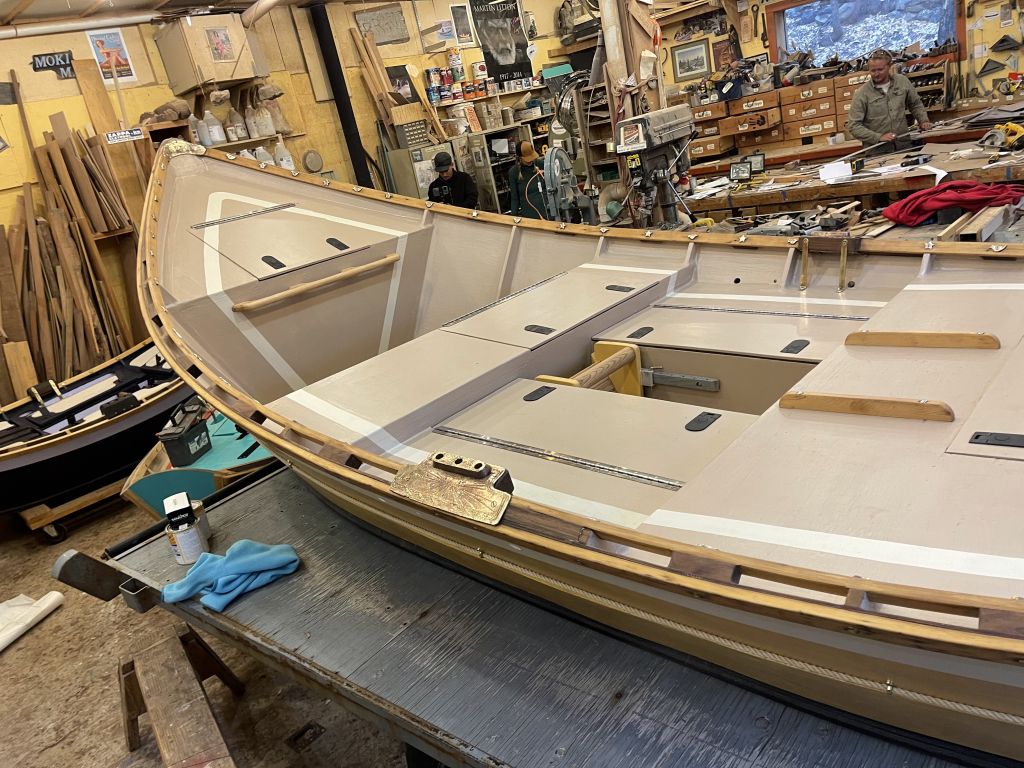 The only real problem we encountered was that Cricket and I made the forbidden mistake of falling in love with our patient. My god she’s lovely. 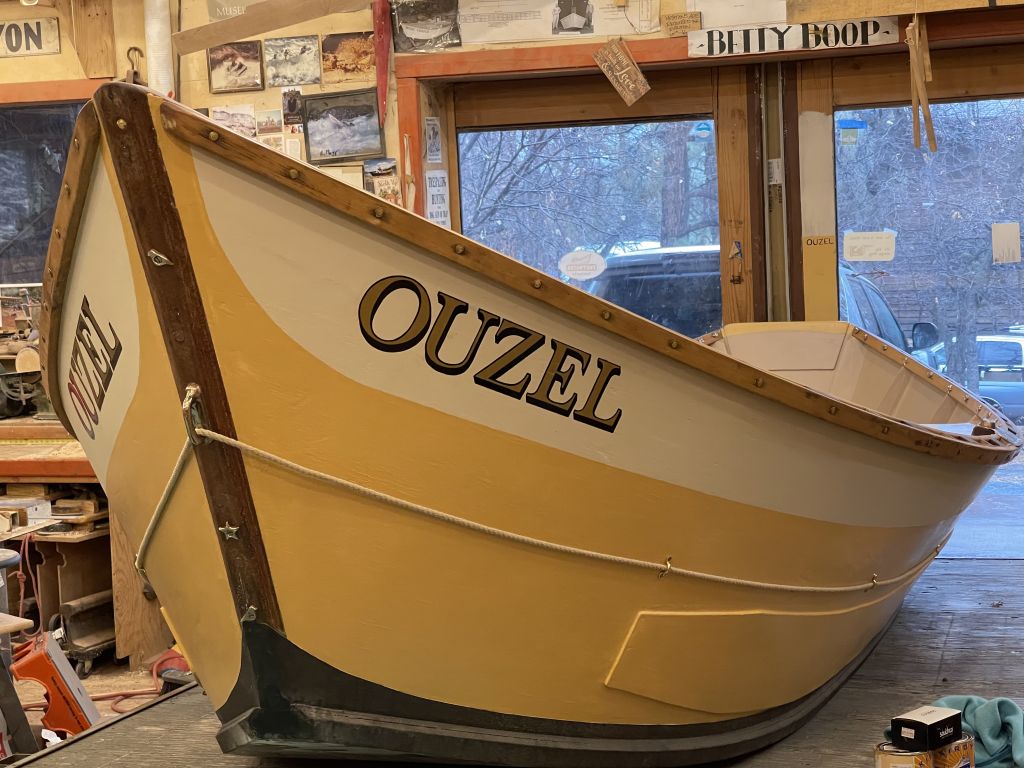 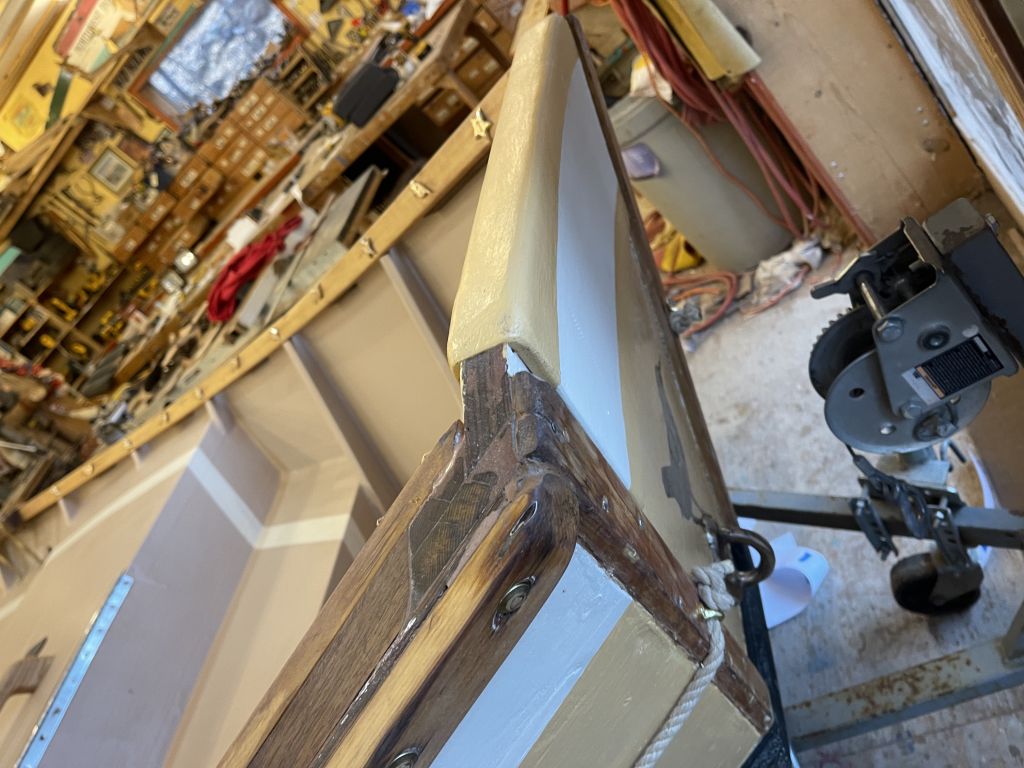 Me with the happy owners on the left: wee Mica, Caitlin, and Josh. The crew on the right: Glade, Cricket, and Lydia. 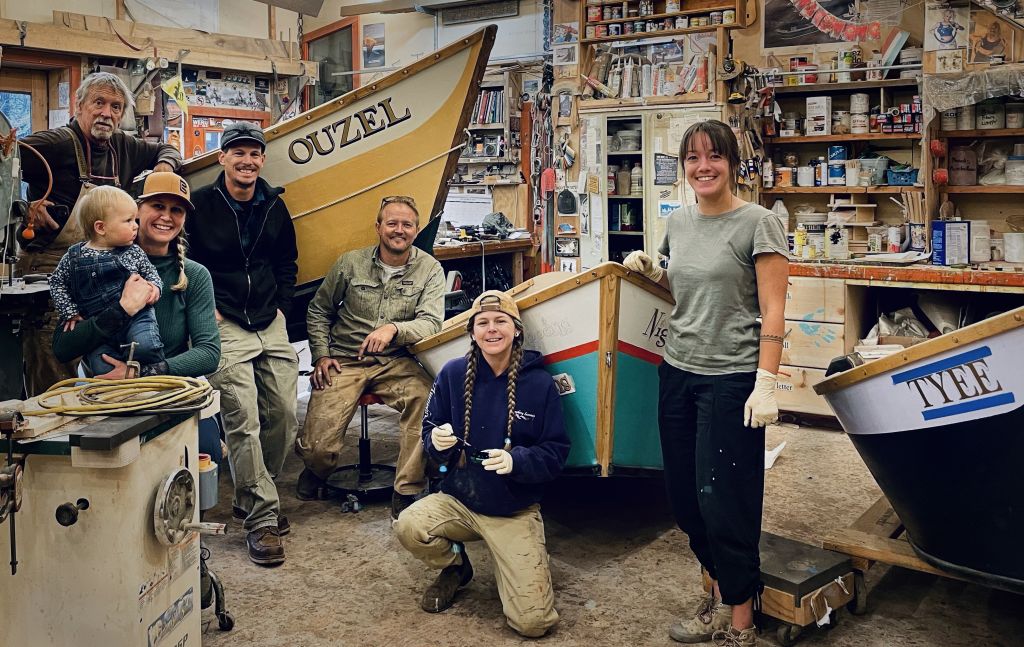 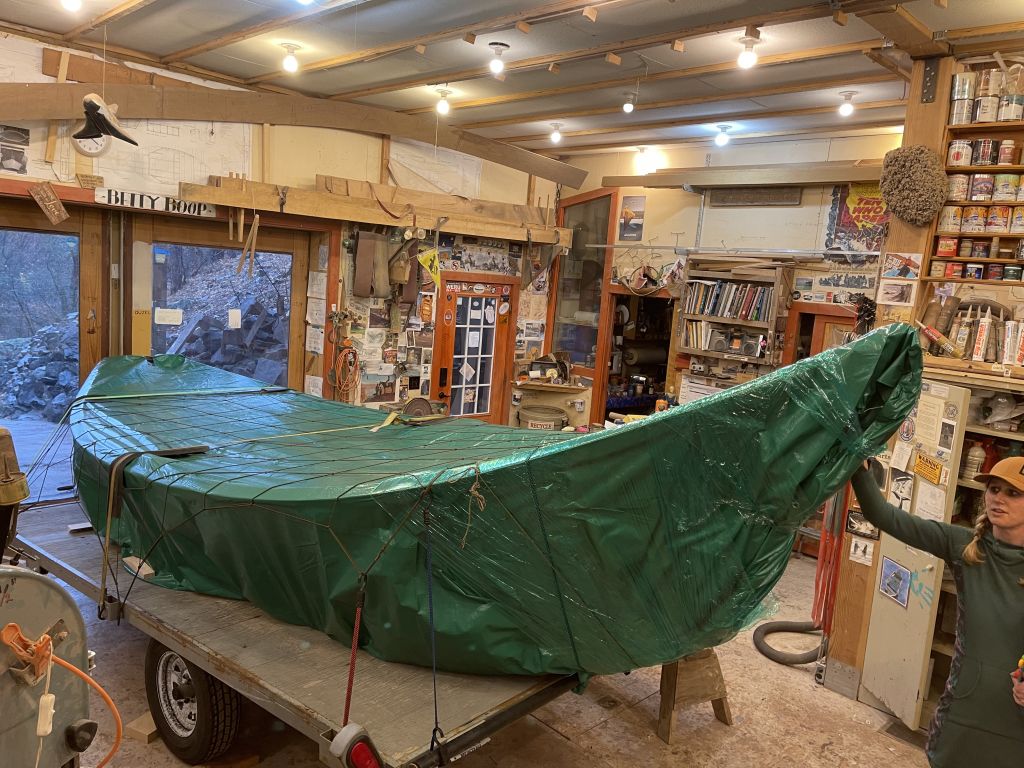