There was a great movement of boats in the air this month. Two boats I built several years ago came up for sale. We brokered the deals to new owners and Cricket is on the road delivering them–and their trailers–as we speak. Glen Canyon has moved to Montana, and Rio Rojo is heading for Eugene. Peekaboo is going along for the ride. 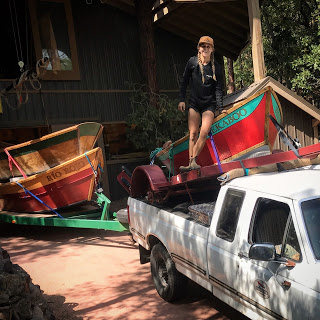 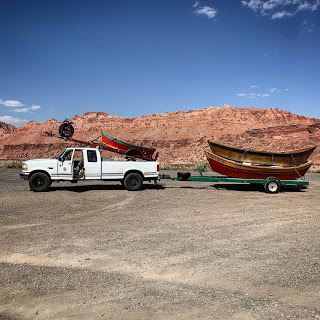 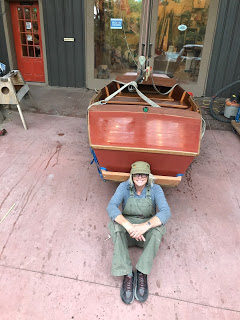 With all the boat movement I thought it might be a cool time to put my silly little sailboat on the market. Blam. Gone. 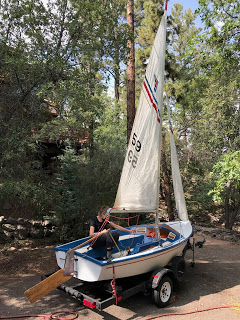 It’s really great to see these boats heading to folks who’ll get them out of storage and onto the rivers where they belong.

I seem to have dodged a bullet this month–a scary knee flare-up had most of the medical folk fearing I was in for some long and scary knee surgery. I cancelled a lot of plans and braced for the worst. But I guess the knee got scared, because it decided to get better on its own. So now we are back to physical therapy to get both knees strong and limber once more. More medical stuff swirling about this month, but so far it all seems to be solving itself. Check out my cool inflatable pants at the PT shop. 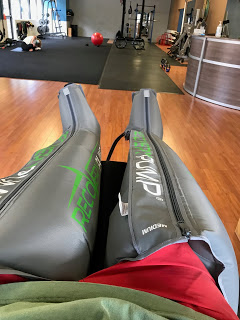 Vladimir came by and we built a Viking Funeral raft for his Granddad’s ashes. VK the First designed many seminal rafts in his day, and this one is his Avon Spirit. The frame is one of his fiberglass inventions which wasn’t quite as awesome as the boats. But hey. 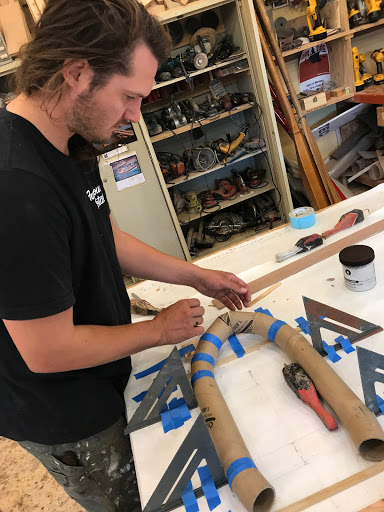 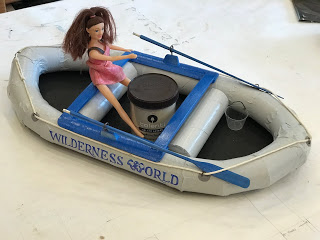 When there’s a sign-painter on the premises. you gotta paint signs. 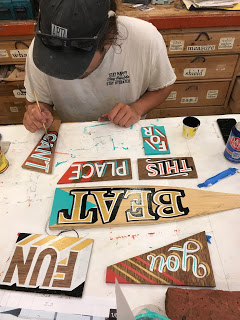 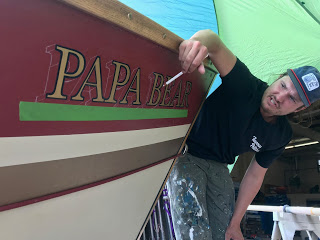 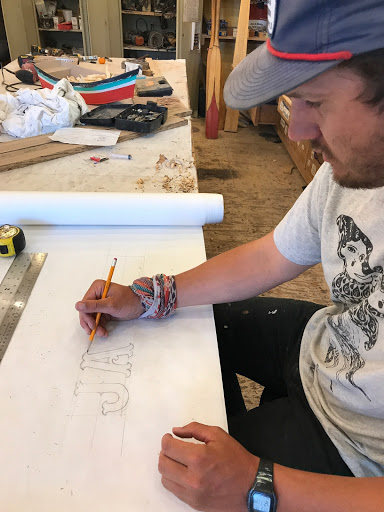 Lots of oarmaking and oar leathering for the Doryaks this month as well. Here’s James out at Galaxy Sales cutting oarstop leather for us with his fancy leather cutting gizmo. 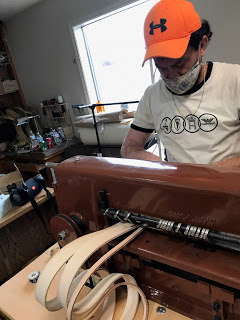 Some of the leather gets turned into patterns for boat parts. 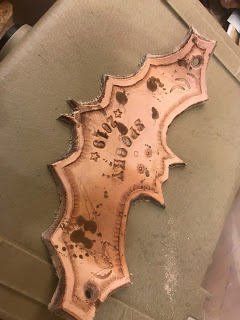 And cast into bronze. Hot stinky fiery bronze casting–always a fun way to spend the day. And the best breastplate ever. 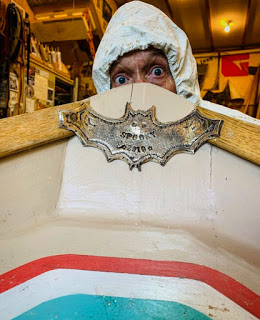 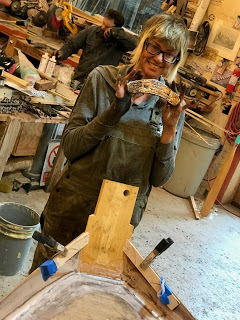 Custom washers for the Jaguar. 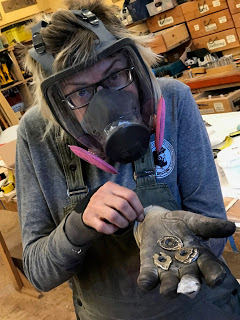 The Jaguar, by the way, is coming along nicely, although life keeps getting in the way of our normal frenetic speed. But we’re still ahead of schedule to be ready for Jag’s first Grand Canyon trip in three weeks. Woot woot! 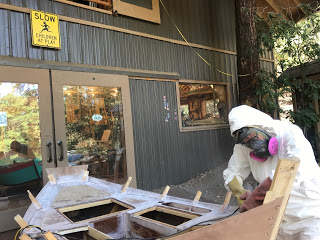 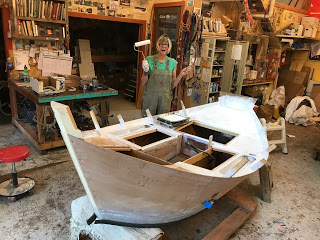 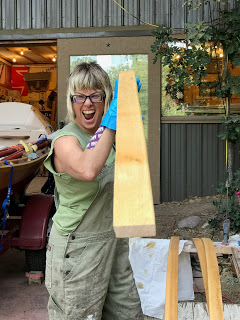 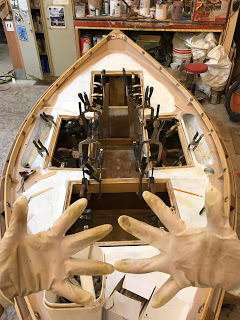 Even though I am not a real fiberglass guy or surfboard repairman, odd things come by that I occasionally decide to try and deal with. Like this snapped-in-two paddleboard. Damn, that’s really screwed up. 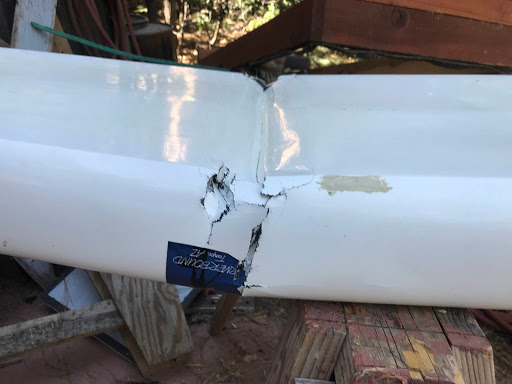 But splint it straight, then go with a bit of epoxy in the broken styrofoam, a bit of filler, and a styrofoam patch should get us back in business pretty quickly, right? One step forward. 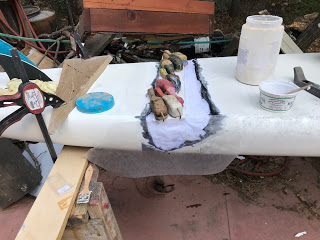 Um, not if you use fast epoxy and it gets all hot and melts the guts out of the board. Damn. Two steps back. 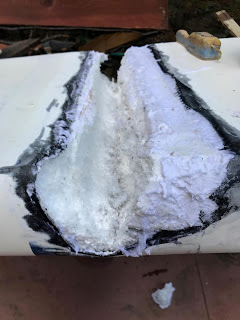 Okay, cut a way bigger styrofoam patch, then glue and fill with something that doesn’t get hot. 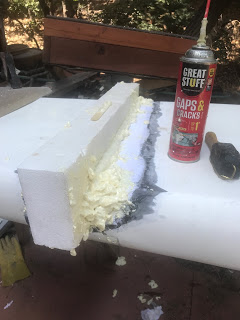 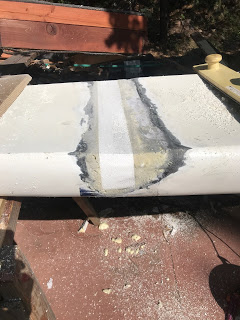 Then glass it with ever-so-slow-kick resin. 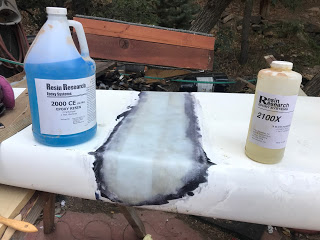 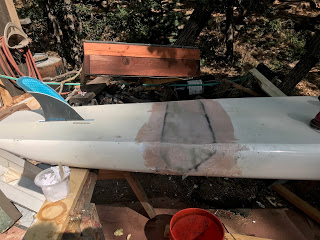 Paint it, send it home, and put a “closed forever” sign on Fretwater Surfboard Repairs. 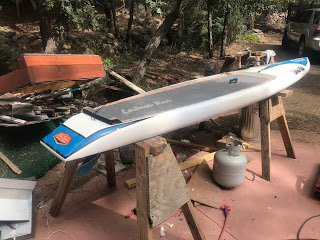 And get back to solid fun in the shop.

By the way, Dawn Kish’s new film on the boat shop,
Can’t Beat This Place For Fun
which had a sneak preview on the 7th, will be released by American Rivers October 6. It’s fun, it’s funny, and it’s an honor to be the subject of such a creative endeavor. 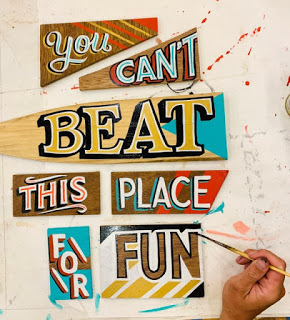