For several years now we’ve been talking about making the ultimate personal-sized dory–something akin to the classic SportYak that the Belknap clan popularized in the 1960s and ’70s with their row-your-own river trip. “Why should the boatmen have all the fun?” they asked. SportYaks have faded from the scene, but the concept was a good one. Randy Fabreze built a line of small dories called Ouzels in the early ’80s but they failed to catch on. Some have said it’s just not a viable boat.

Nevertheless we persisted. I messed around with some lines in July, and Monday morning we drew it up, fiddled with the lines a bit, and began building the Doryak. It’s modeled on the classic Briggs Grand Canyon Dory because why wouldn’t you? About 1/2 the length, 3/4 the width, and somewhere around 2/3 the height. One of the parameters was that you had to be able to get both sides out of a 4×12 sheet of plywood, and make the floor out of a 4×8 sheet. Economy and ease of construction are important. Here are the frames going together on the lofting table that afternoon. 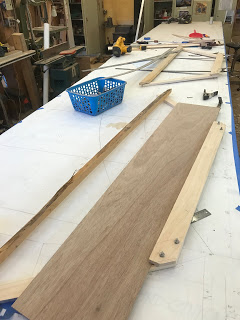 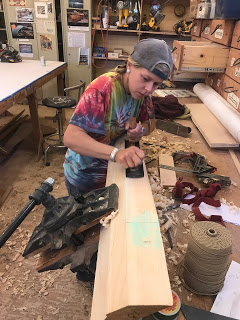 As we do with all new designs, we built a strongback. 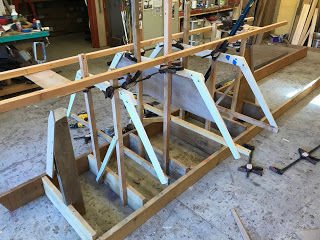 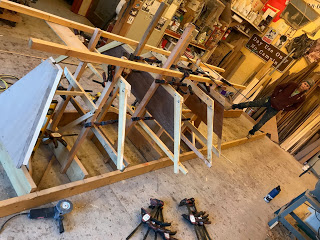 Then we bent on the side panel blanks to mark them for shape. 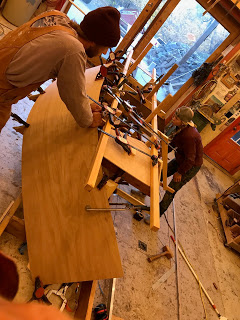 We cut two identical panels and drilled the screw holes. 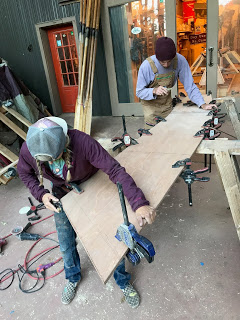 To our astonishment, she went together without too much of a fight. 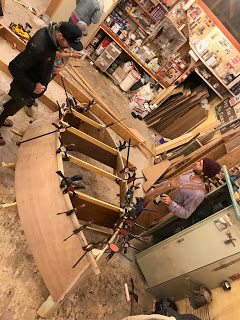 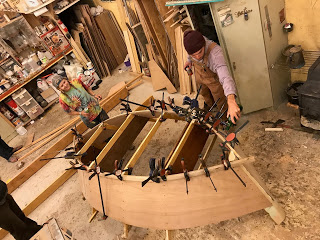 An amazing two-day sprint. Definitely cause for a celebration and a haircut at 2:30 AM. 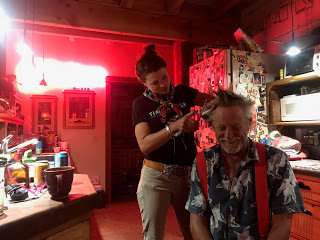 On Wednesday we put on the bottom. 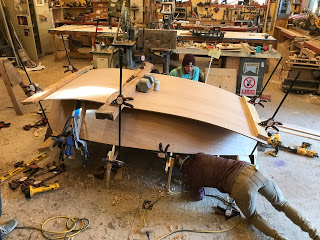 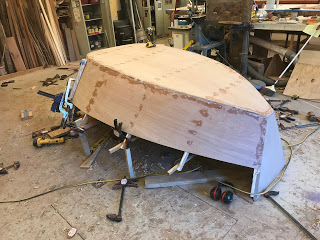 And steamed on the outer chines and gunwales. 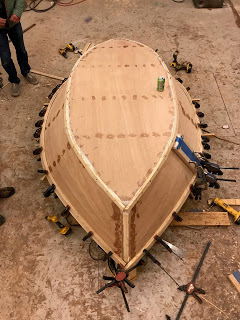 Thursday we bolted own the gunwales and made some rudimentary fore and aft decks. 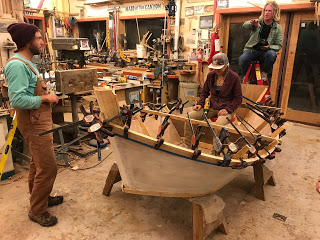 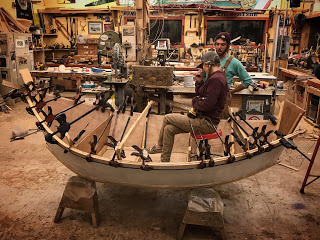 At 10:00 Thursday evening we loaded her atop two other dories for a weekend jaunt in Glen Canyon. Here we are at daybreak Friday, pausing for breakfast at Cameron Trading Post. 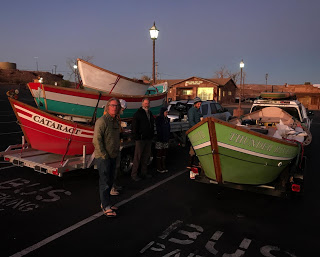 The usual suspects showed up and six dories headed upstream. I towed the Doryak, which Cricket has named Peekaboo. 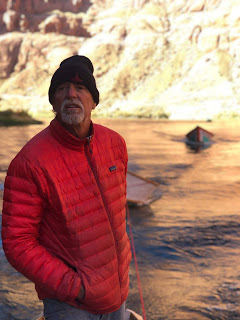 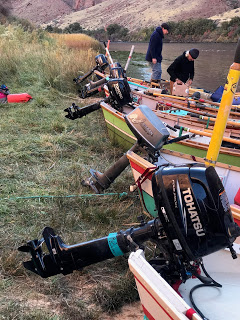 Peekaboo! Andy Hutchinson and Cricket got a few photos… 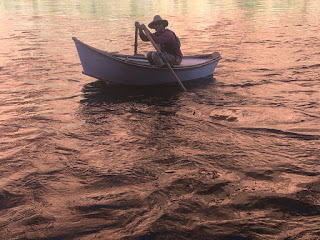 Everyone that tried her out smiled hard and said the same thing: “I want one.” 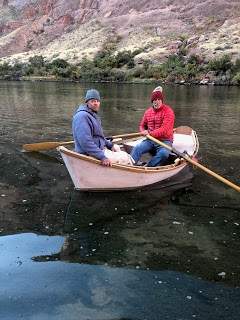 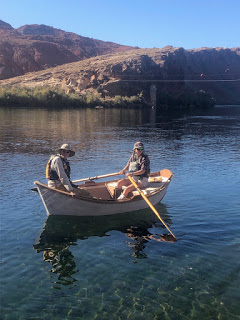 Three’s kind of a crowd, but it still works. The thing is really fast, stops dead in a half a stroke, spins 180 with a nudge, and is just incredibly fun to putter around in. (Thanks to Harlan Taney for the next three photos.) 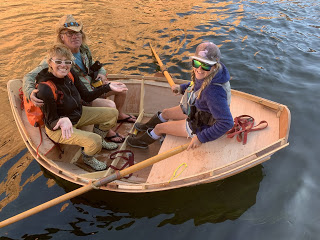 Then it got really silly. We just had to know what would happen if we put a motor on her. I held down the bow while Cricket fired up the 6hp Tohatsu. Justin made me put a life jacket on. With the motor at an idle, Cricket gingerly shifted into forward. A little power. Yes. More. Yes! Full throttle. YAASSSS! 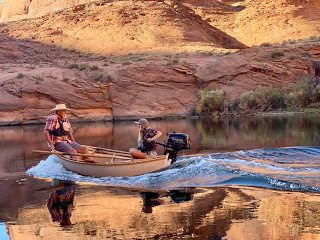 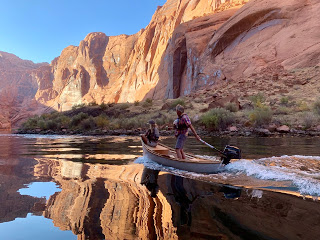 And not only that, you can spin it in circles at full throttle and the water stays in the river. It’s nuts. Justin tried a solo run, full throttle, abandoning the tiller and clinging to the bow, leaning to turn. That worked too. I do not think I have laughed that hard in many years. We may be onto something. 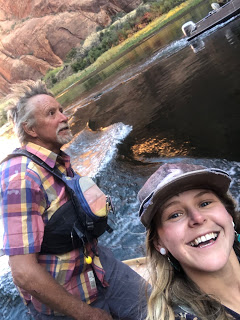 Back in the shop today we pulled off the gunwales and framed in all the hatchwork, cut the gutters, spiled the decks, fastened them on, and glassed the seams. Now she just needs a footwell, hatch lids, and paint. Proper Dory Colors, of course. 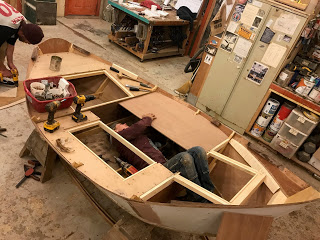 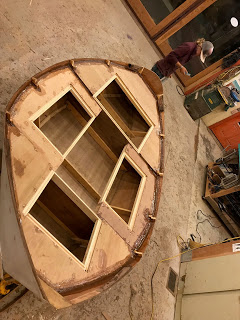