We finished up the run of wee dories around New Years. As usual, I felt the need to obsess. Here is the proportionally correct set of lines to match my Briggs dory, Cataract. 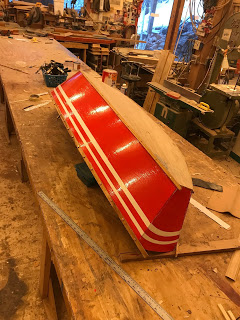 And a proportionally diminishing set off letters, of course. I just printed them out on my little Epson, cut them out (almost), and gave them a coat of spray glue. 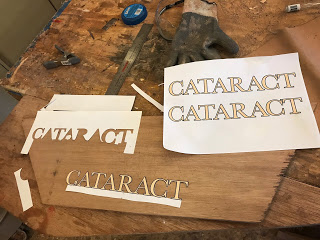 Then I pressed them in place and cut off the bottom connecting bit. A coat of varnish and they look like the real thing. 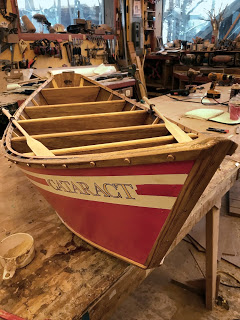 Sometimes the mama carries the baby on her back. 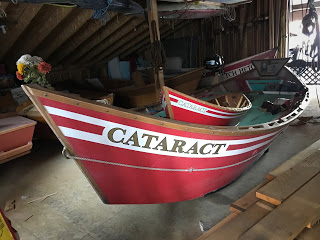 Up against the wall. You actually have to stand in just the right place to see the paint job or the letters. But I do. Often. 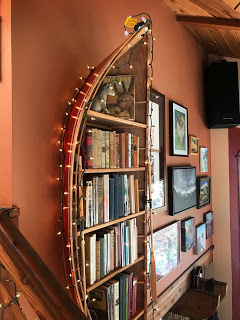 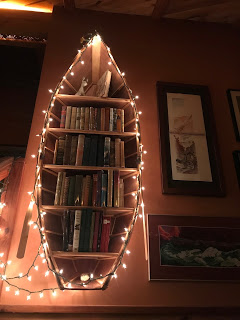 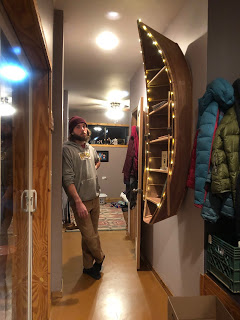 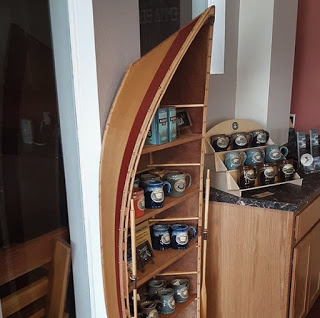 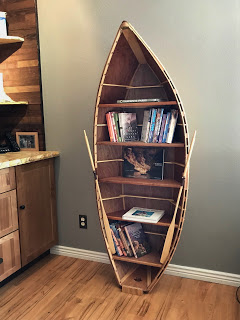 The bank account: we stickered and stacked the mountain of Port Orford cedar I got in barter for the Wild Child. It always looks like more than I can ever use. And then it’s gone. Just like a bank account. 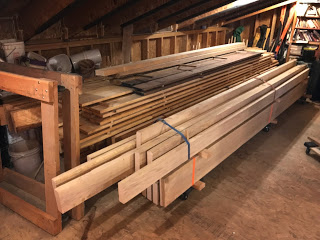 Okay. Back to full-size boats. Jeri brought in Columbine Falls for a bit of an upgrade. Tim Cooper built her back in the mid ’80s and she’s still in remarkably good shape. Jeri wanted flatter decks for sleeping, and more modern hatch lids and guttering for drier hatches. 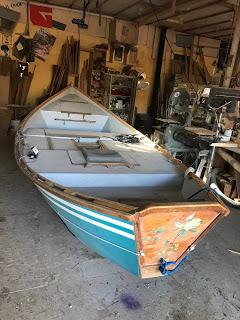 Pat is blasting off the decks with a hammer Tim Cooper made out of Chinese Elm. Tim said the wood would not split or burn, so he made me a mallet. The thing is really bomber. 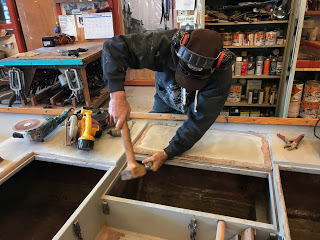 Thirty-year-old epoxy is pretty brittle. We had the side decks and framing off in under an hour. 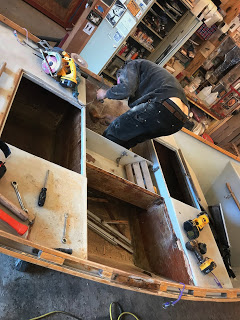 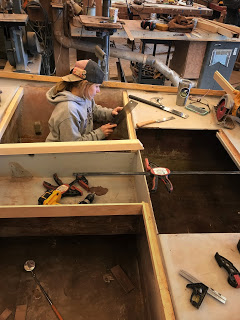 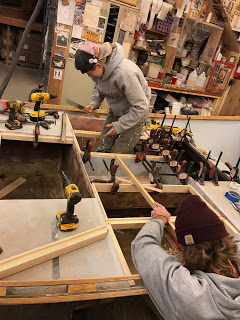 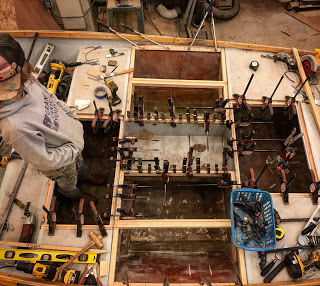 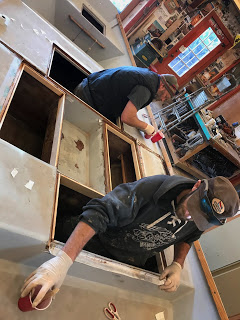 Lipped lids. I’d hoped to re-use more of the original lids but they were just a wee bit too small. 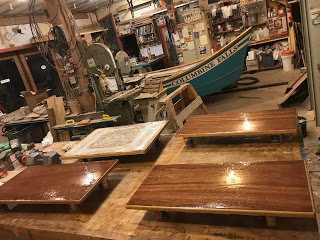 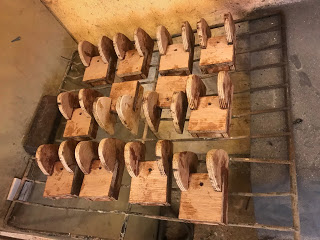 Touching up the transom, cleaning up boogers. And clamping on reinforcement for the new lids. 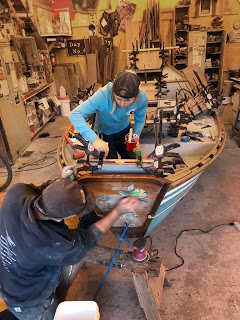 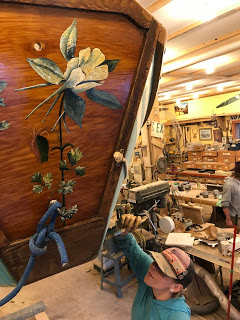 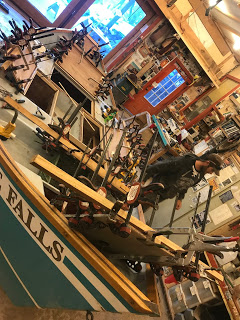 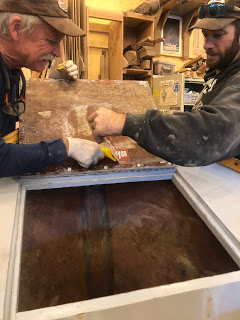 We made the mistake of hoisting the boat when all the crew was there. One by one they kept finding bottom dings. 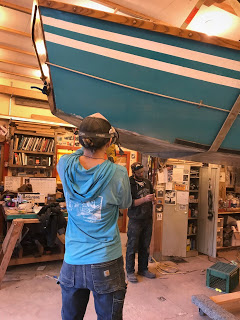 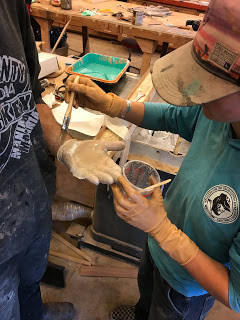 Inventing tools to fiberglass the inside of a two-foot deep self-bailing drain. Against all odds, it worked. 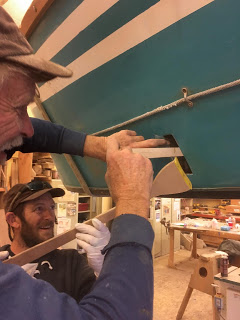 Repainting the decks. We ran shy of paint about half a cup before finishing. Now waiting on a new can from George Kirby. 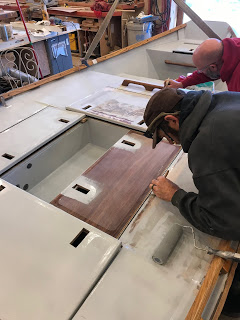