The crew had their chance. It was 4:30. Time to knock of for the day. I told them to go home. “Or, if you’d like to start on Hetch Hetchy…” I added, mostly as a joke. And down she came. 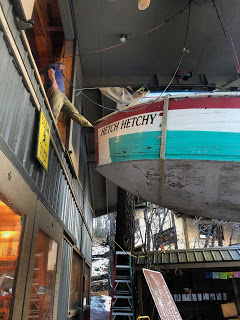 We had a paint removal contest. Cricket with a multitool scraper, Pat with a blow torch and a putty knife, Bryan with some bad-ass paint and epoxy remover, and me with a seven-inch grinder and 36-grit disk. I won by a mile. 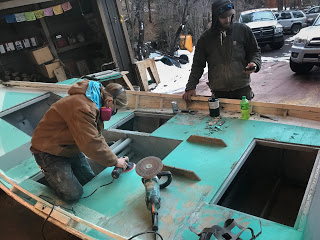 We shifted priorities. “Let’s just go for the seams and see if we can get a piece of decking off before dark,” I said. 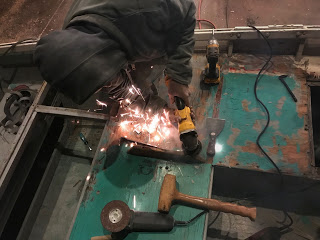 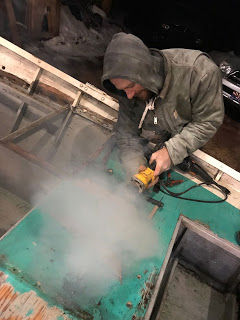 Dark schmark. Two hours later most of the decks were off. 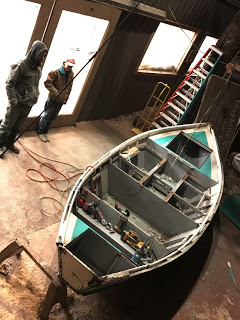 I spent a couple hours the next day removing the last of the decks and seats.

Yesterday we hit her early in the morning. Well, ten o’clock is early in my shop. We pulled off the outer chines and removed all the fastenings for the bow post and transom. 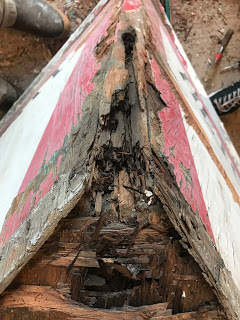 To be honest, not much was holding them in. In the case of the bow post, there wasn’t much left to hold. 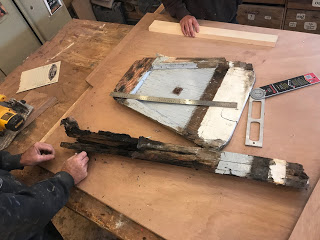 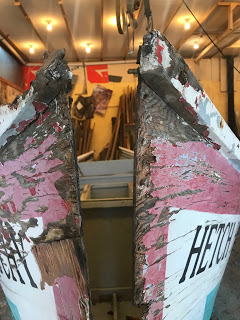 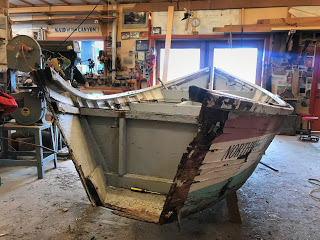 Shawn rolling the bevel on the new transom. 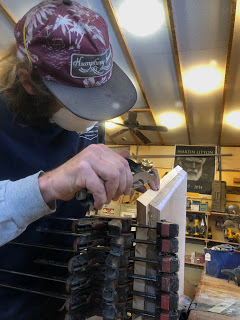 Me trying to figure out what the hell is wrong with the back end of the boat. 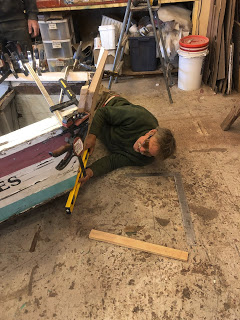 We finally cranked the left side down toward the floor while jacking the right side up a full inch. Bingo. Perfect. That must have been quite an adventure putting that much twist in a boat. I’m trying to picture that kind of boat wreck. Ouch. 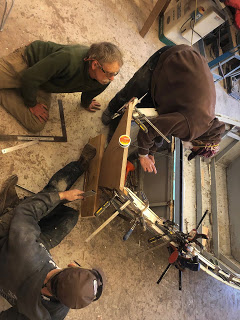 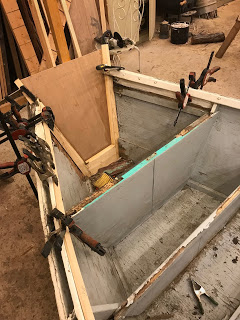 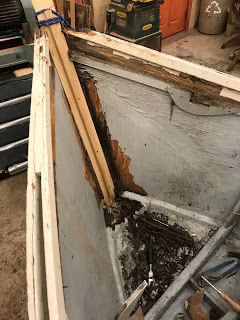 And of course the bow was a bit twisted too. 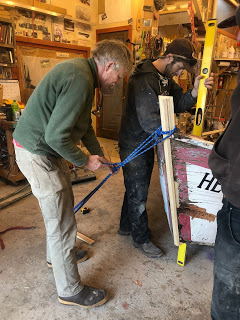 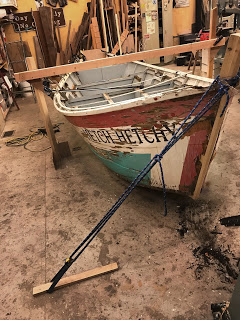 Once we got her pretty much aligned to what a boat should be, we set up measuring stations and recorded her lines for posterity. 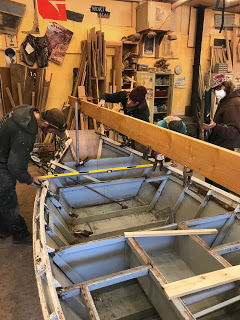 Next we lofted the measurements to see if we were close. We were close on most of them but the lofting doesn’t lie. A few dozen trips back and forth to the boat to double check numbers and finally the lines were fair. 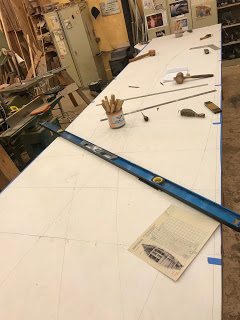 And once again, time to go home. It’s after seven. And once again, half an hour later we’re all still standing there staring at it. Boatbuilding is a funny thing. There’s usually so much to appreciate by the end of a day that you just can’t break away.