Turn up the volume

brdfrd2020-12-11T01:04:35+00:00December 2nd, 2017|News|
With that beautiful Briggs boat disappearing down the mountain, we lose little time in launching into the next project. Two years ago we enlarged a Briggs boat by about 37% volume-wise. She is called the BOB and she’s a mighty beautiful boat if I do say so myself. And I do. Bruce, who we built it for, was generous enough to let me take her down the Canyon this summer. Here’s a few shots my friend Colin took of BOB and I in Hermit Rapid. 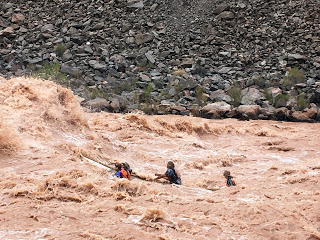 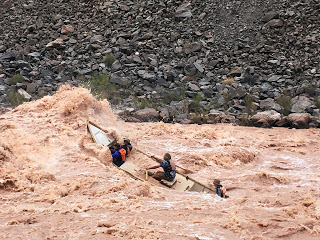 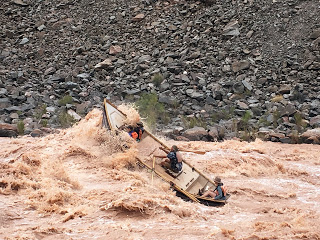 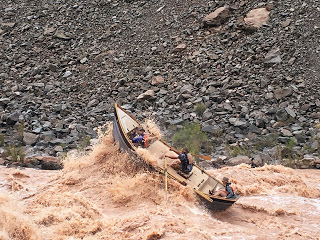 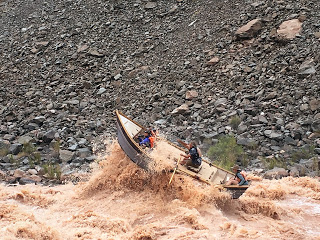 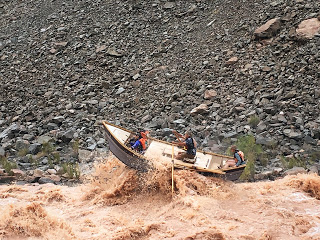 I was delighted with how well BOB handled for a boat of that volume, but found that, at least for my aging shoulders and arms, it was just a bit more boat than I wanted to handle. Since then I’ve been scheming to build a somewhat smaller version with only about 25% more volume than a Briggs. I think it will be the ideal Grand Canyon commercial boat. Last week AzRA (Arizona Raft Adventures) for whom I’ve been rowing for the last many years, decided to have a couple new aluminum dories built. I asked if I might be able to design them. They said yes.

Out with the calculator and up with the lofting table. 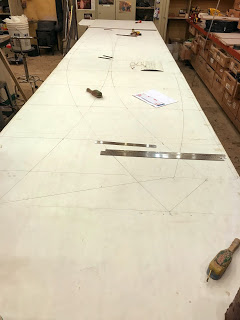 Over the course of a few hours Cricket and I jiggled and joggled the battens until they looked just exactly so. The curves have to be beyond perfect. They must be sexy. 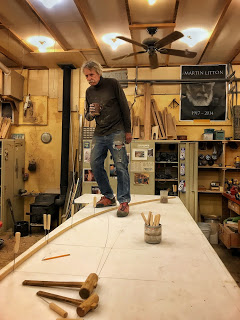 Sometimes it’s good to see if they still look proper after a wee dram of whiskey. They do. 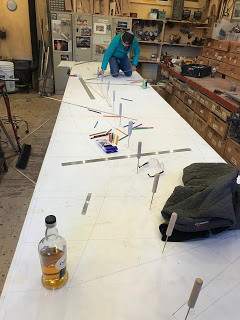 With the lines drawn, we re-record the offsets for a set of corrected lines. I am smiling hard as I photograph the new lines to send off to Mike at Eddyline Welding up in Moab. 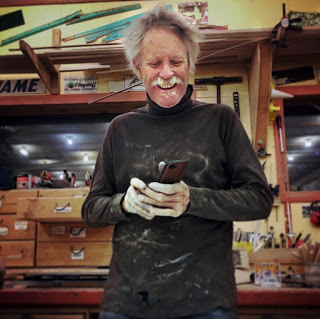 But it wouldn’t be right for me to let Mike work with untested plans. So we have to build one right now.

Here is the Port Orford cedar, ready to mill up for the ribs. 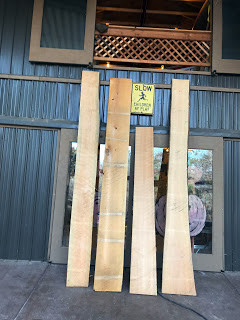 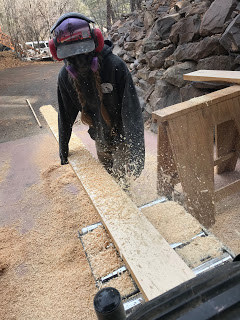 And here are the ribs. 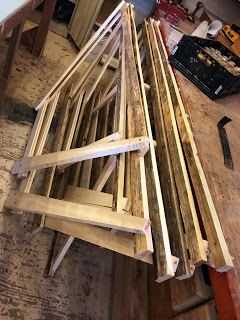 Here’s Janek grinding out the scarf cuts for the side panels. 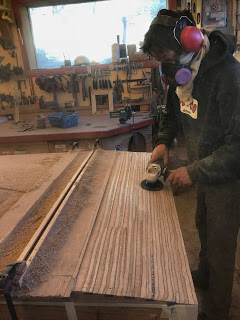 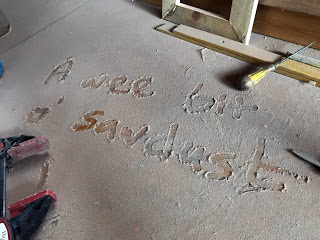 I’ve taken to putting a bit more tape next to the joints during the glue-up process. It makes for a far cleaner job. 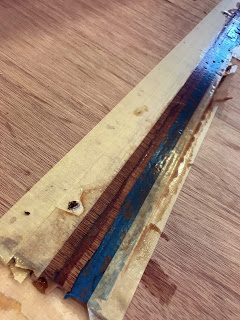 Next we will make a bow post and a transom, then put up a strongback to hold everything in its perfect place in space while we wrap the sides on. But first we are going to get the aluminum boats going. Mike and Colin from Eddyline came down with one of their boats and my old dory pal Bego. Fred brought over an AzRA boat. 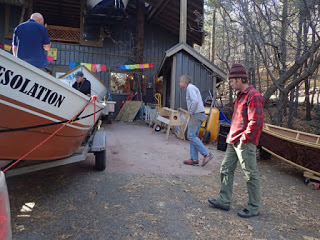 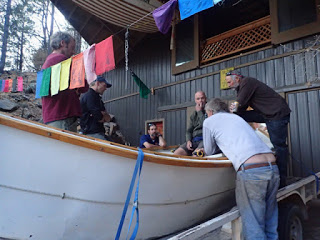 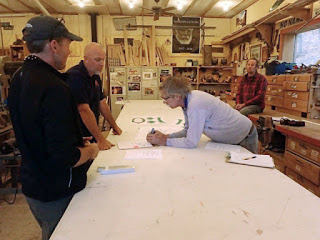 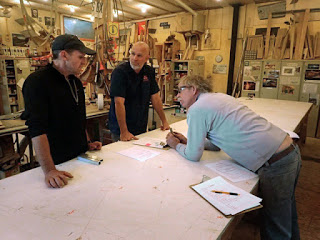 We spent the afternoon crawling in and around the boats, and looking at my new lines. Talking about details of what and why. Great fun. I think we are going to have some mighty sweet boats.