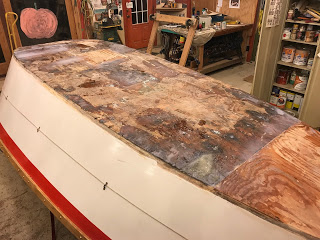 A bit of vigorous sanding brought her into a pretty fair surface again. 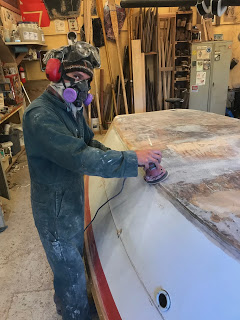 And the hazmat team cleaned her off for glassing. I was too goopy to photograph the fiberglassing, but we put on a layer of 25.5 oz biaxial glass with mat, covered by a 10 oz layer of regular fiberglass. We’ve found this to be a pretty bomber layup. It now covers the bottom and the lower two inches of the side. Many folks will then add a layer of resin with graphite, which has the two functions of (maybe) making it slippery so it will slide off rocks, and making it a uniform black color. I have come to the point where I no longer believe this to be a good idea for one reason. If you do a clear coat instead, it is still plenty slippery, and you can see what is going on with the wood beneath the glass as time goes by. With a black bottom it is impossible to tell if you have moisture or rot issues beneath a bumped area. With a clear coat, you can look through the window and exclaim bitterly when you see rot beginning to creep across from an injury. 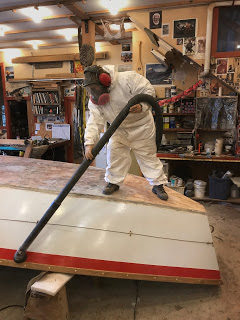 With the bottom finished, we glued on the rubber exterior chines, and applied the sweet lettering. 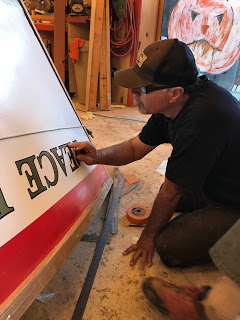 Bill and Cricket are poking tiny pinholes in the few bubbles that remain after application. 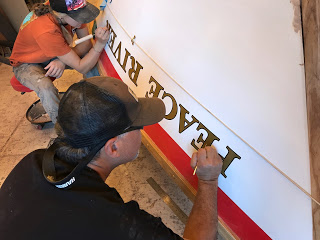 Here is Cricket doing a money shot. The bolts holding the oarlocks to the gunwales need to enter the center of the oarlock, pass through a 20 degree joint and on through the gunwales, and come out in the center of the far gunwale. We set up straightedge, carefully measuring the distance down the the entry and exit points of our proposed hole. Once that straightedge is the exact same distance from both points, I tell Cricket whether she needs to raise or lower the back of the drill in order to be parallel with our straightedge. Then she drills through as we both hope it works. It does. 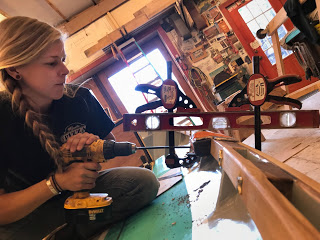 For fastening the the oarlock braces to the deck, it’s really handy to have someone young, small, and limber. “Cricket, go in there and tighten those nuts. And cut of the remaining bolt ends.” 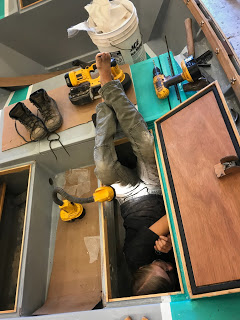 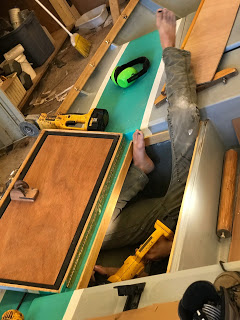 Some details are just too cool to grind away. Here is the top of an original rib that has a record of about eight different color schemes. 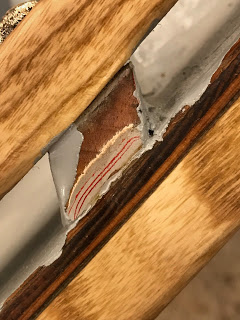 Briggs transoms traditionally have some wild paint job. Here we are paying homage to the 1972 star and stripe theme, but with a bit more flair. And our big skookum stern tie that we cut last week. 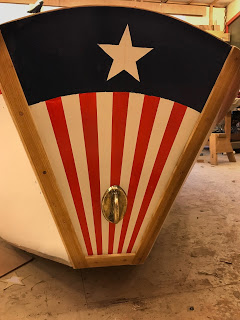 The bow post is finally on, along with the cast bow eye. 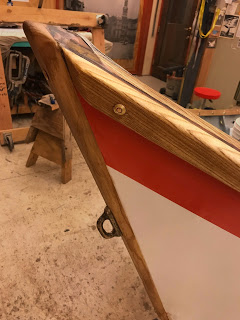 Cricket is giving the gunwales one last drink of oil. 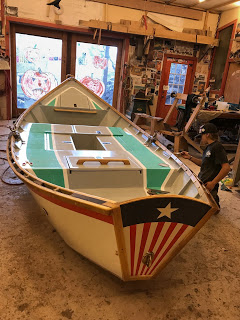 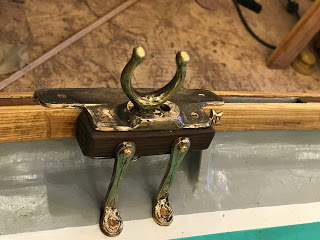 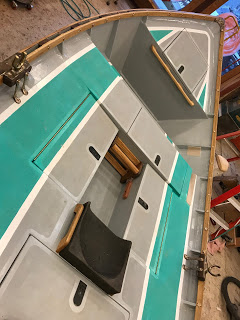 The breast plate and the top of the old bow post–which has many tales to tell. 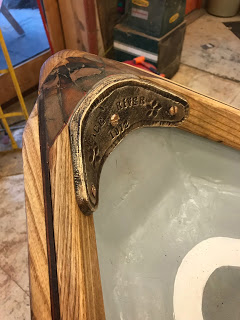 Adjustable foot brace for the tall and not-so-tall. 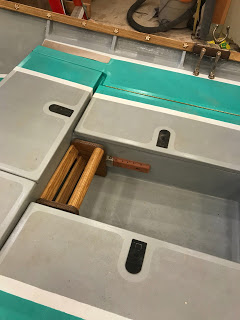 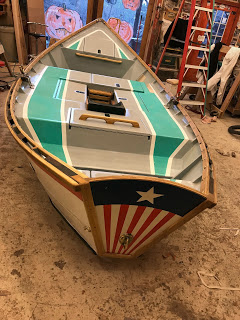 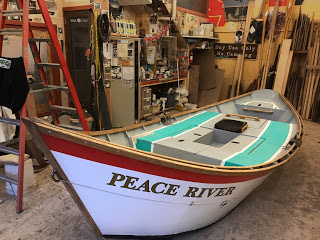 Sigh. I guess we’re done. I hate to see her go, but it’s that time in our relationship. She’s ready for the next 45 years. Peace be with you, dear boat! 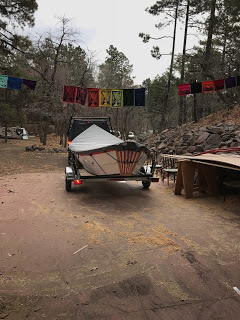