Take these electrons and shove ’em

My solar project has moved along almost as slowly as the street repair.*

We got the new roof finished in August. Nothing really happened in September. Equinox passed. Days got shorter. The solar guys finally got the array up in early October. 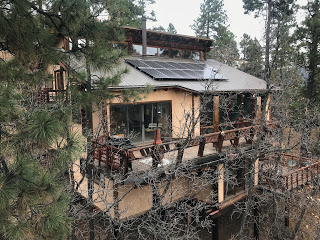 Then began a month of delays for interminable inspections. I think APS (Arizona Public Service, the electric company who uses “service” in the animal husbandry sense), and is very begrudging about anyone but them producing electricity, was just waiting for the days to get as short as possible. Pure spite.

But the guy from the electric company finally showed up this morning and set the fancy new meters. At 9:48 this morning I got to flip the switch. 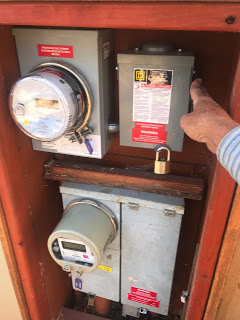 In theory, from this moment on, I will be producing, on average, 100% of my electricity for the remainder of my life. And the tax breaks may well preclude me ever paying taxes again–as long as I continue to earn a poverty-level income, which seems likely. Paying ahead. Love it. I especially like shoving those electrons back down the wires, having watched electric rates climb for decades to pay for the goddam eight billion dollar Palo Verde nuclear plant, and having stared at the besmudged skies from the coal-fired Navajo Generating Station up by Page. Take that!

The good/bad side of this is that I am now committed to living into my 80s to break even. Even if I don’t, it was worth the investment just to see the electrons flowing the other way.

Oh–and I love the door hanger I found on my car: 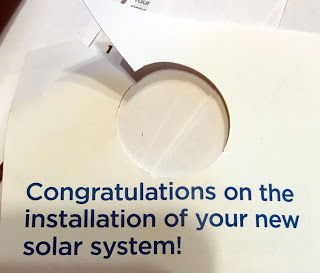 I feel like I should have all my own planets now. I should talk to the guys next door at Lowell Observatory where Pluto was discovered. Maybe they could help me out. Actually, since Pluto got so dissed by the astronomers a couple years ago–dwarf plant–what bullshit!–maybe they will give it to me. Further down on the card it reads, “If you have any questions about your solar system, or are unsure about how to turn it on, please contact…etc.” I am pretty easily amused.

* Oh yeah, about that road reconstruction. They finally repaved last month after about six months of digging it up over and over and over and over. And over again. They still come by every few days to dig dirt, move things around, and in general make a nuisance of themselves. But that one manhole opening they dug and forgot about at the foot of my driveway has seen no action since they dug it two weeks ago. I think they are just waiting for me to drive into it. I probably will. 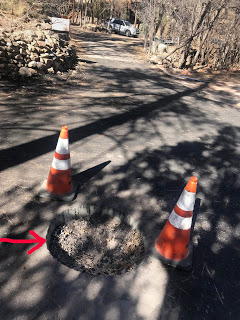