No rest for the wicked. I got off the river and had a couple days to put away the dory and get ready for the next mad push: All new roof on the house. 2000 square feet of it. Before last trip Janek and I built a high landing zone with stairs to access it. Beefy, strong, regulation stairs so my old legs could get up and down.

But before we began the roof, we had to celebrate. Big music and a bit of rain. 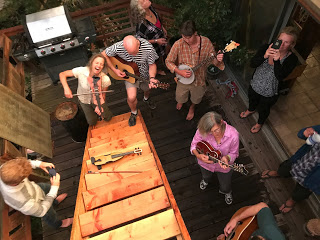 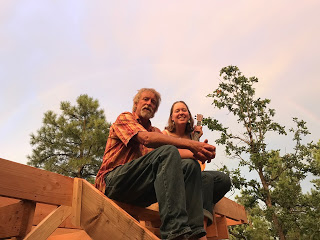 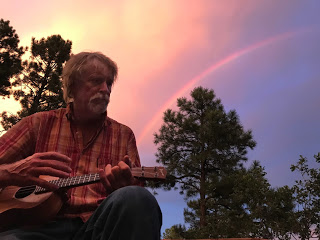 The materials all arrived first thing Monday morning. Ed at HomCo totally dialed in the order, and the fork lift driver was open to creativity in unloading it in extremely tight quarters. Then I checked in on the crane. Turns out I had it scheduled ten days hence. Simple typo, but damn. Fortunately the crane guys, Craig and Benny, made it happen anyhow. Again, being creative in tight quarters. The crane looks like a giant bug. 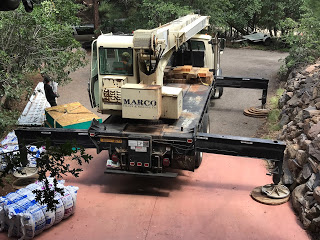 It took a lot of jacking around to get the crane level, but that’s what Benny does for a living. 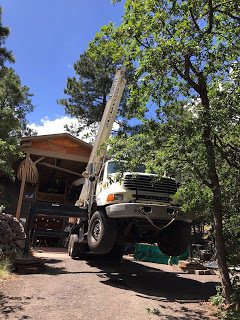 At a little under a ton per hoist, it’s pretty exciting–exciting to see if it works and if our platform holds, and exciting to think about not carrying all that up the hill. Especially 1400 pounds of 20’+ sheets of steel. 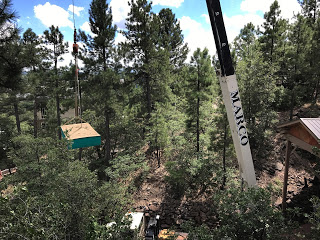 It takes a few cigarettes to make it work. 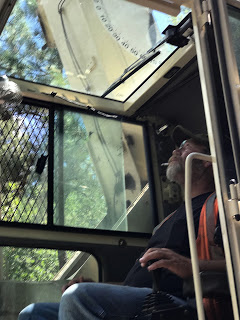 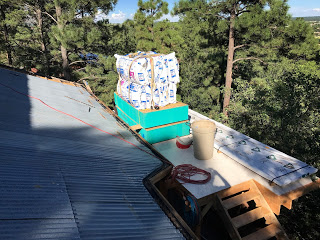 And with it only being 2:00, Janek and I decided to start. Where are the nail guns?

They were right here last night.

Ummm. I think we just had our first theft in over thirty-five years of not locking things up. Bummer.

A few calls to the police and the local pawn shops.

Then Janek recalls seeing a pile of tools about a block down the hill early that morning. We walk down. There are the nail guns and a few other tools I hadn’t missed yet. And a satchel of old clothing. Not sure what it meant, but whatever went on got aborted due to alcohol, fights or perhaps a random cop car driving by. We know not. But I got all my tools back. 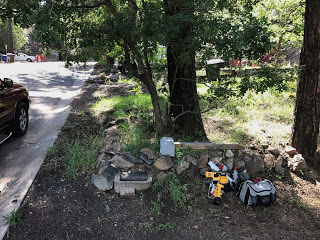 And we lit into the roof. Unscrew the old steel. Tear off the fragile old wrecked tarpaper. Janek says he thinks Egyptian mummies are in better shape. 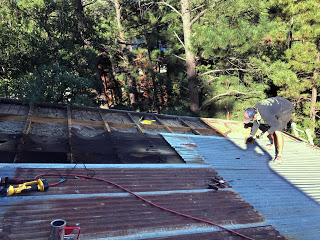 Stir up the old cellulose insulation. Add 3-1/2″ of new fiberglass. And nail down the OSB (Oriented Strand Board). Stinky shit made of wood chips and smelly glue. 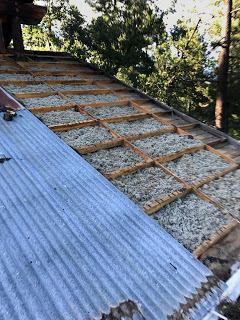 Tuesday, Day Two. Lora’s nephews come for a day, as does my old pal Coop. And Janek’s brother Ché signs on for the rest of the project. 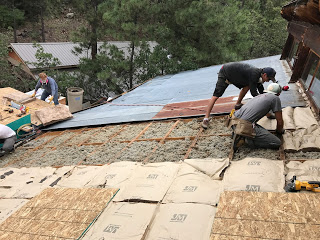 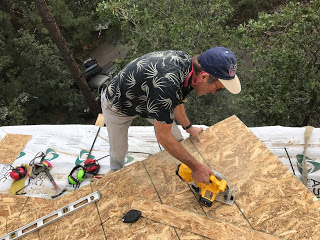 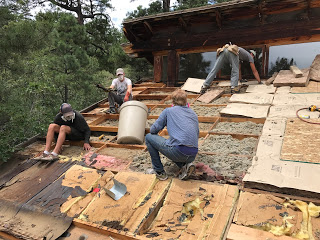 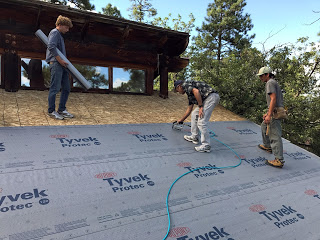 By nightfall, day two, roof one is re-sealed. Time for a beer or three. 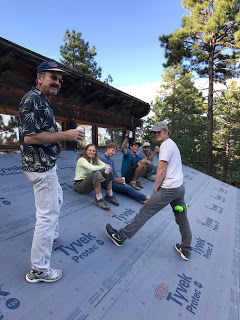 Day Three. Janek, Ché, and I are the crew now. We build a staircase to access the high roof. 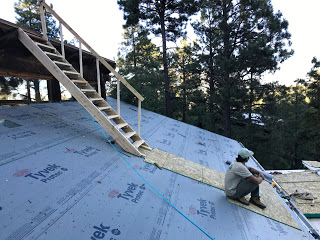 By nightfall we get most of the way through the upper roof. 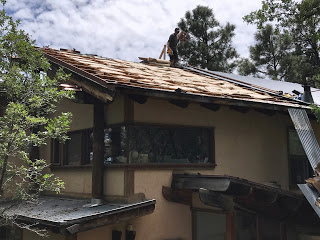 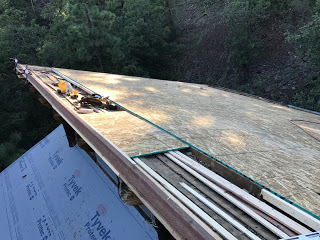 Day Four. We’ve been running from the sun for a few days, trying to work on the side of the house with the least direct exposure. With limited success. Janek said in the years he has known me he has only seen me drink water about four times and they were all this week. Christ it’s hot up there. Steel on the upper roof. Done at dark. 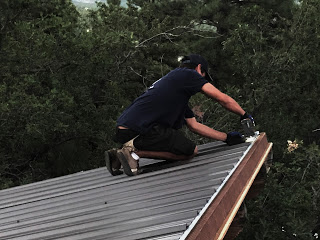 Day Five. Stairs removed from lower roof. Lower roof on. As well as the two porch roofs out back.

Day Six. Man are we tired, but we finish all the trim by early afternoon. I am shy a few trim pieces and a few hundred screws, but that’s a half-day’s work later on. For now, it’s time to sit back and be amazed and exhausted. I thought I was being overly optimistic in thinking I could get this done in two weeks. We did it in one. Thanks to an absolutely ass-kick crew. 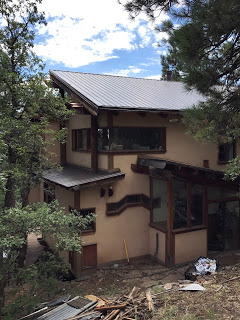 And today? It’s Day Seven. We are so done. And it’s raining! The six-day dry spell in the middle of monsoon season ended. Wow. 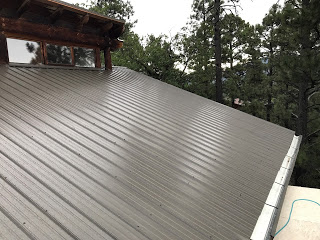 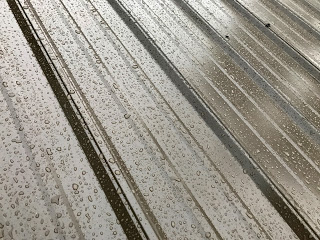