Here’s a shot of one of the oars I made in the first oar course, resting in a new design oarlock we are developing for a friend. 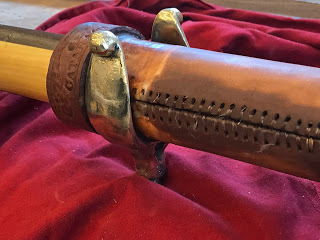 In our final oar course we reshaped over a dozen oars, made nearly a dozen new ones from scratch, and put laser-tips, leathers, and counterweight slugs in a majority of them.

Here is an ancient Smoker being unearthed from decades of paint jobs. 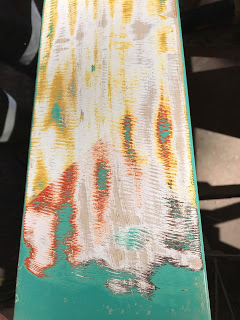 Tim cutting out blanks for a set of oars for the McKenzie he is building. 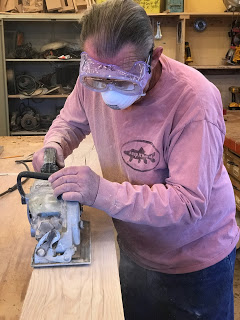 West battening in the neck curves for a pair of Sitka spruce oars. 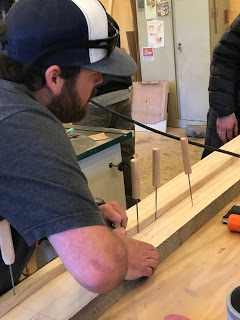 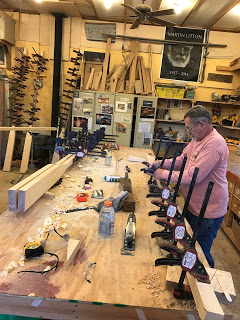 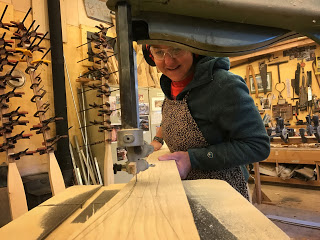 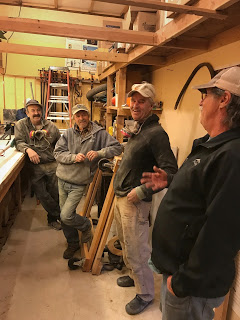 Marieke cutting the next dimension of her oars, laminated in African Paduak (pronounced puh-DOOK). Man that stuff is stinky. 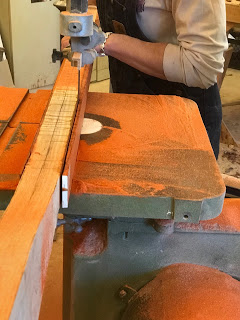 Grinders galore in the outside arena. 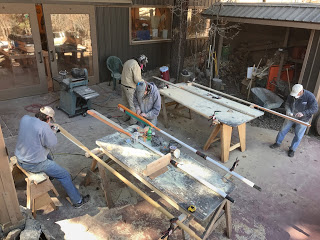 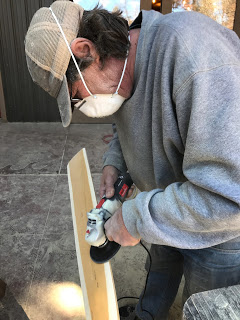 West shaping the transition from shaft to blade with a spokeshave. 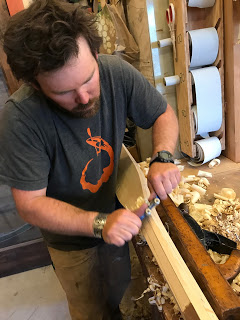 From square to octagonal, then on to sixteen-atonal and thirty-two-agonal. We use chalk to see where we’ve just carved. 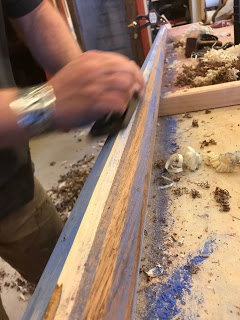 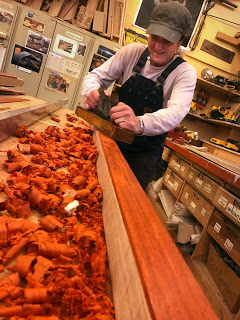 Old six-eyes stitching on his leathers. 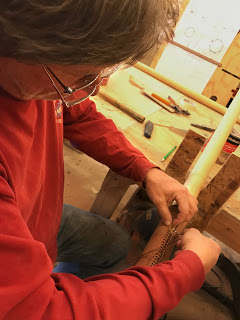 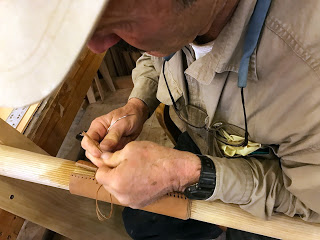 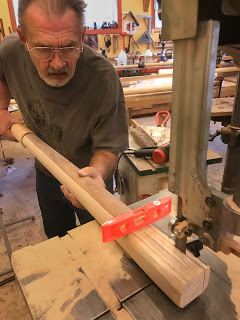 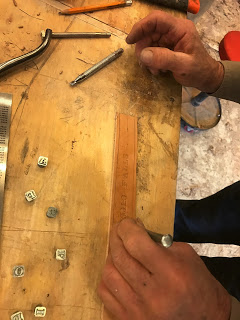 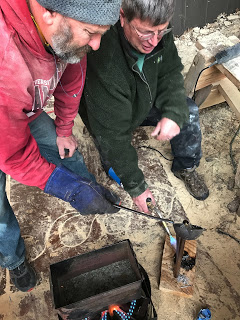 Jon doing the scariest move of all–drilling the grips for the lead slugs. 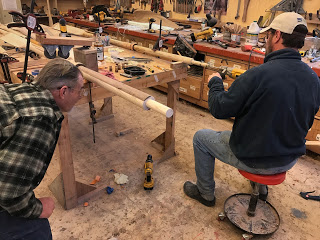 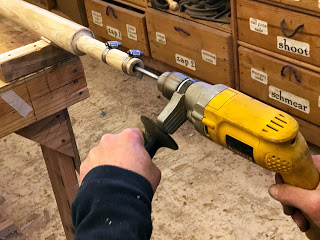 Bill and Tim carving the transition from grip to shaft. 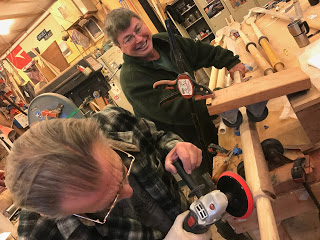 Marieke oiling the ash/paduak oars. They are insanely cool looking. 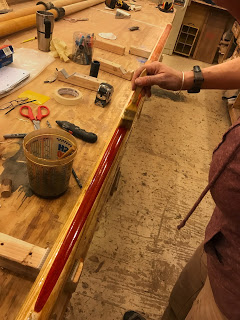 I hoped to have a day of rest yesterday, but instead got to remove about fourteen inches of heavy snow from the premises before collapsing into my chair for the remainder of the day. And today Janek and I rebuilt the shop and began finishing off loose ends–a few more oars to shape and detail.