gallimaufry: A hash of various kinds of meats, a ragout. Any absurd medley.

It’s been a mishmash of things for the last few weeks–odd projects, loose ends, and a few things I have been putting off for a few…decades. Okay, so I am a good procrastinator, all right?

Bob and Omo have moved into their new homes, where Bruce and Nancy will do a bit of tinkering with the innards before heading out for a long awaited float. 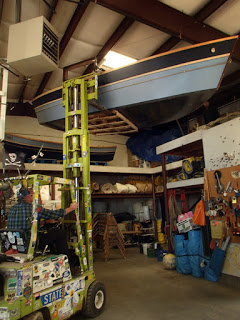 We refurbished a couple sets of oars that have been waiting patiently for their turn. Off with the dreaded rope-wraps. 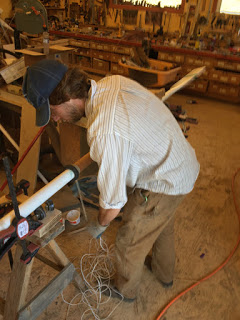 One was so crooked I had to cut one edge off and glue it back to the other side. 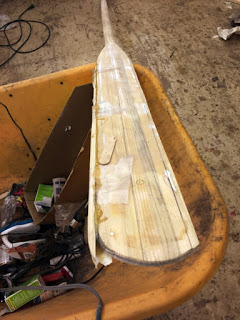 We cast some more lead slugs to balance the grip-ends of the oars. 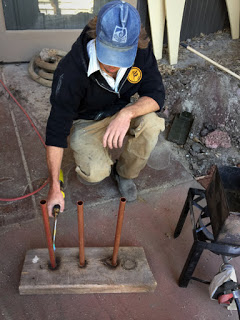 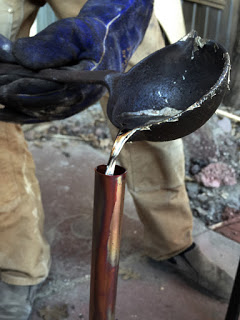 We finished up the bridge project.  The first truck didn’t have quite enough cement, so we had the next bit dyed Baja Red to match the rest of the concrete work in front of the shop. 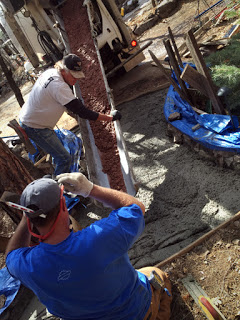 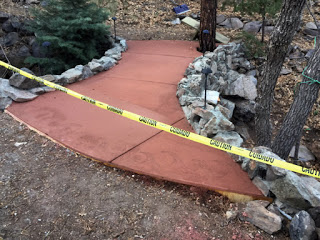 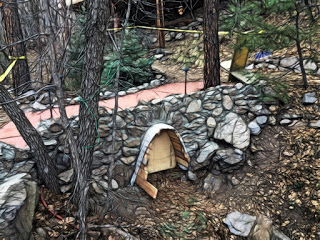 The troll loves his new home. 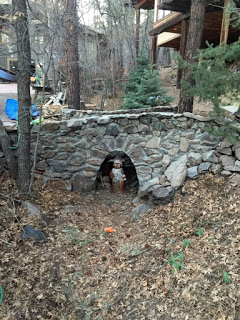 When we built the house back in the mid-’80s, we used basic galvanized washers and nuts to hold the beams to the poles. Kinda ugly. I later got some cool old rusty bridge washers to replace them and started putting them on, also in the mid-’80s. But I never quite finished up until yesterday. A bit overdue, as they had needed to be tightened for a very long time. 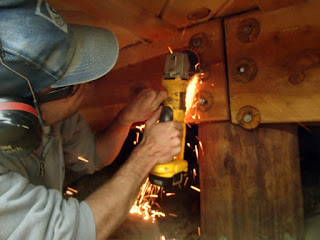 The beam ends protruding from the house had become a bit over-weathered (that’s a euphemism for rotten). Here we are making adorable little copper hats for them. I started planning this project in the ’90s. 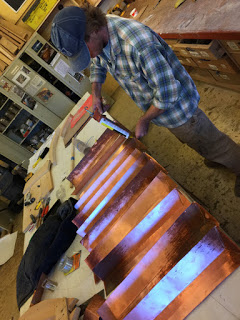 But we have a lapstrake workshop coming up on Thursday, so we had to put side further house projects and begin setting up. My poor old toy 12-inch Dewalt planer was dreading the job of surfacing all the wood for the lapstrake boats–and in fact most likely would have refused. So I broke down and bought a bad-ass 3hp 240v 15-inch planer on Craigslist. It needed a bit of tuning up, but holy schmoly, that thing can move some wood. Anybody need some hamster-cage shavings? Elephant cage shavings? 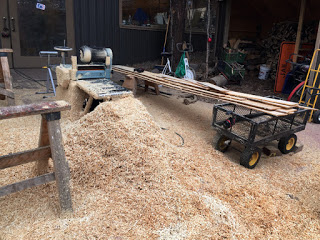 Janek can move wood pretty good too, with a hand plane. Here he is scarfing the plywood for the base of the new boat. 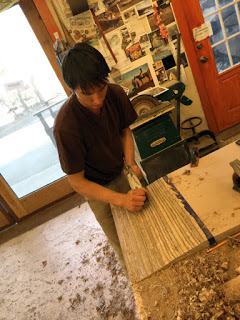 All glued up and ready for class. 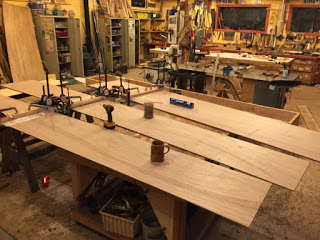 There’s still room for a couple more folks if you want to join us. Here’s some more details: CLICK! We can hardly wait to see you. 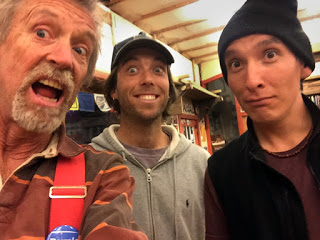