From boat school I headed southwest to Mystic, Connecticut to visit my old college pal Ben Philbrick. When Ben left Prescott College back in the mid-1970s, it was to get back closer to boats and the ocean and do an independent study on boatbuilding. He applied to a few different places, but the only positive response he got was from some old guy at Mystic Seaport named John Gardner.

[pause for that to sink in]

Yeah. John Gardner, the guy who single-handedly started the movement from the dying trade of commercial small wooden boatbuilding to the modern trade of recreational small wooden boat building. The guy who captured the lines of all those disappearing small boats, brought many of the boats to Mystic (the world’s largest collection), and wrote all those books about how to build those boats. One of Gardner’s pupils, Jon Wilson, went on to found WoodenBoat Magazine and WoodenBoat School. So Ben ended up being John Gardner’s final helper/apprentice at Mystic. Wow. He is still in awe. Ben then went on to run his own boatshop for many years and lives not far from the seaport on an old three-story house on the hill overlooking the sea. Great to catch up and listen to stories.

I spent a couple days at the annual WoodenBoat Show hosted at Mystic Seaport. It was a bit more than my poor aging brain could absorb. So many incredible boats, so many details that I want so badly to steal. And the trade show guys took away a lot of my money in exchange for some very cool tools and technology. 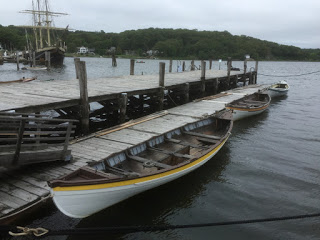 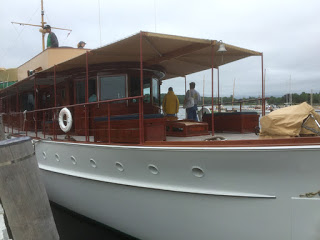 An inner city boatbuilding club (how cool is that?) with a steam bender very reminiscent of the one we invented in New Zealand. 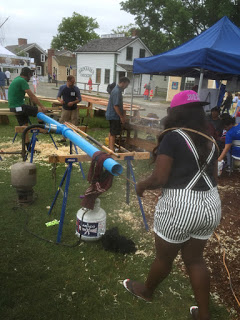 I want rope gunwales on my dory. 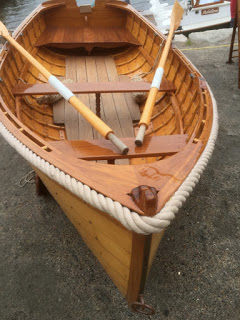 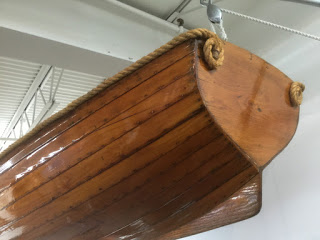 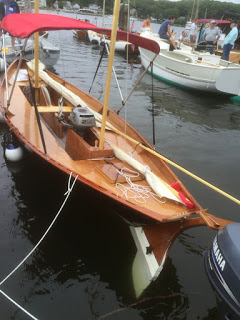 One of my new friends from WoodenBoat School, Geoff Kerr, was there with his Caledonia Yawl Ned Ludd. Geoff was at boat school a week prior painting a new yawl for the school fleet. I fell in love with the hull. This means I may need to learn to sail. Oh great. I really need a new obsession. 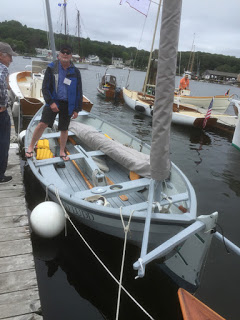 Oh yeah. Mystic has a fine collection of bowsprits. My dory may not really need one of these, but I want one anyhow. 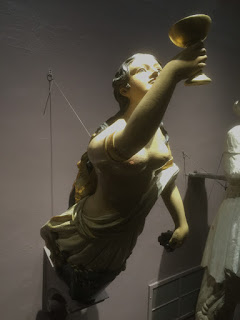 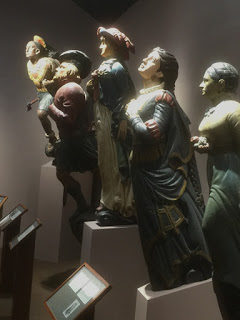 And one cannot leave out Mecca: 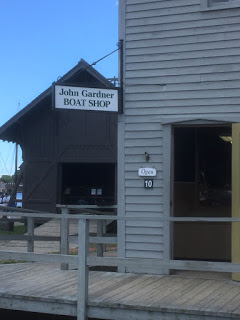 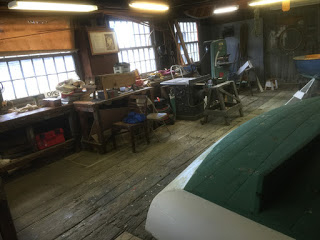 They opened up the Mystic Small Boat Collection and Ben Fuller gave a tour. Two huge old warehouse rooms full, three boats high in places, of crazy wild boats. This blew out the very last of my brain. All the seminal boats that I’ve known about, read about, studied in John Gardner’s books. All those cool dories that are in The Dory Book. There they are. In the flesh. OMG. 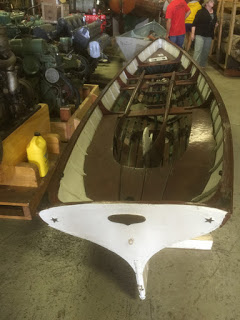 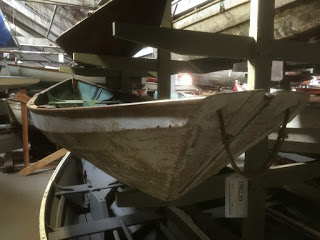 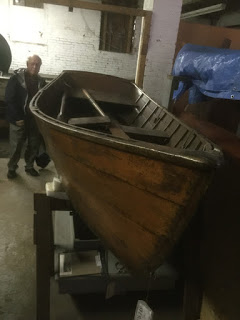 With no remaining cerebrum, I drove back toward Boston to return to my life in the high deserts of Arizona. Night found me in my dad’s birthplace, Middleborough, Massachussetts. They mostly leave off the “ugh”: Middleboro. Not much to see here. A cool downtown building, an historic sign… 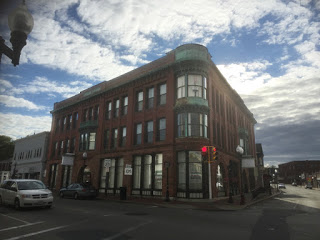 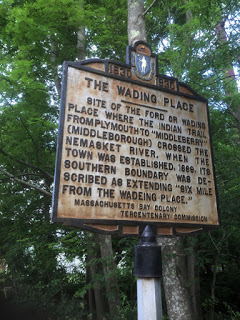 I did go to the library to see if my dad’s birth made the weekly paper. The weekly events surrounding  June 20, 1908–more than one hundred astonishing happenstances– included George Shaw catching a large fish, the municipal lighting department getting a new wagon for the lineman, E.H. Blake getting his twentieth consecutive license as a fireworks vendor, F.B. Lovell, L.S. Bailey, J.C. Chase and others making plans to attend a gypsy moth demonstration in Lynn woods, and Miss Florence H. White’s cousin Leon coming to visit. But no dad. I guess the Dimocks weren’t FaceBookers.