Boy, time flies when you’re having fun. I’ve got a couple post’s worth of things to catch up with. Way back in early April we finished up a few details on the dories. BJ got his letters on Thunder River (they diminish a half-inch in height from bow toward the stern to match the diminishing stripe–oh so subtle). 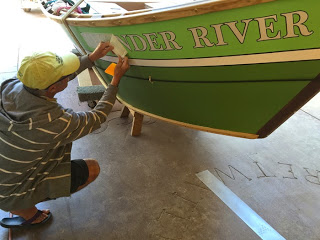 Roy got around to putting in the Brown Betty’s boatman’s self-bailer. The in-hatch work would be easier for a smaller person. 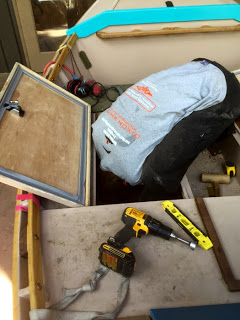 But the outside work is far more terrifying. Drilling large holes in the hull below waterline is just so wrong. 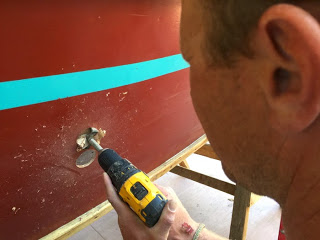 Then making the drain by taping two PVC pipes together, covering them with waxed paper, then fiberglassing them. Then extracting the PVC pipes. This gives you a high-volume drain that does not take up so much room. 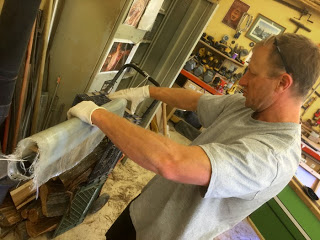 I finally got around to decoupaging the insides of my hatches with photos from Cataract’s forty-three year history. 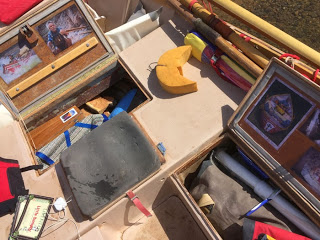 And went off downriver in her once again. It really is fun to see all the pictures whenever I open a hatch. And Cataract had beautiful runs everywhere. Well, except Waltenburg, where I hit the rock I’ve barely missed for four decades and split the bow cap and a few ribs. Photos of the repair to follow. But the good news is that the new knees held up just fine, as did the new hernia repair. Here’s a shot from the top of the Corkscrew during our passenger switch at Phantom Ranch. Back out next week. The season is on. 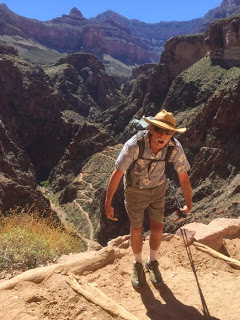