Sam Johnson, my bronze casting instructor, called a few of my oversized projects “skookum.” I had to look it up. It is a Chinook word meaning many things, among them: good, tough, powerful, beefy, tough, brave, durable. Not at all dainty. I decided it was a compliment, and Sam did add that he liked things of the skookum sort.

So I made some skookum handles for my skookum boatshop doors. I made the pattern from some giant rope that I soaked in epoxy, bent to shape for hardening, then sanded the rough prickles off of. I glued on a couple round, tapered wooden base plates to make them easy to install on the doors and solid once in place. Then I had to convince my sand mold to part around such an irregular shape without exploding when I removed the pattern. This part went smoother than I had any reason to hope for, but still a bit jagged. 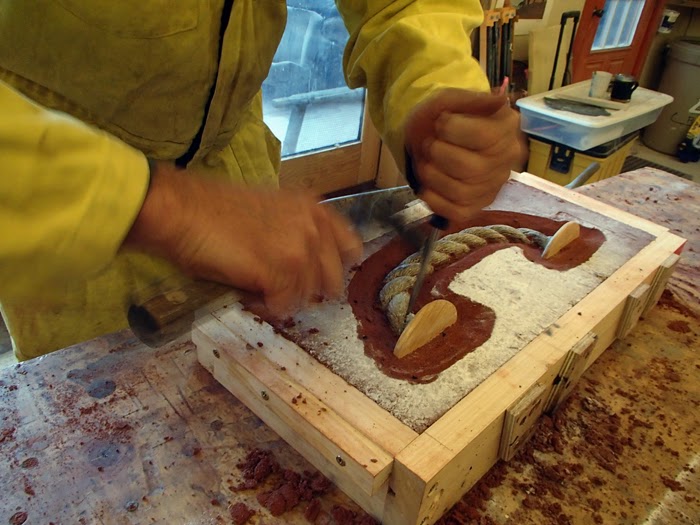 But before I cast them I had to chunk up a few silicon bronze ingots into sizes small enough to fit in my crucible. At school we used a Milwaukee handheld bandsaw. It took a lot of time and we went through a lot of blades. This time I tried using a special nonferrous cutting blade in my semiretired chop saw. A terrifying proposition requiring full body condomization. 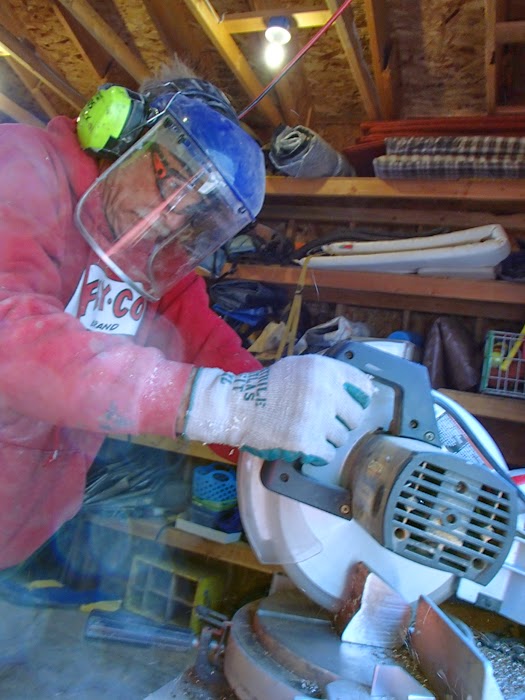 Criminy, what a racket that made. But it went through them like butter. Or sliced bread. 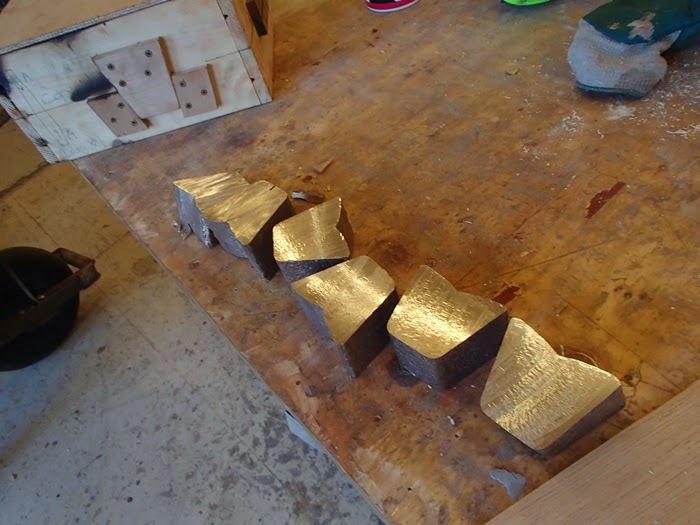 Then we fired up the foundry to about two thousand degrees, stuffed the crucible full of bronze, waited until it was yellow-hot, and started pouring. 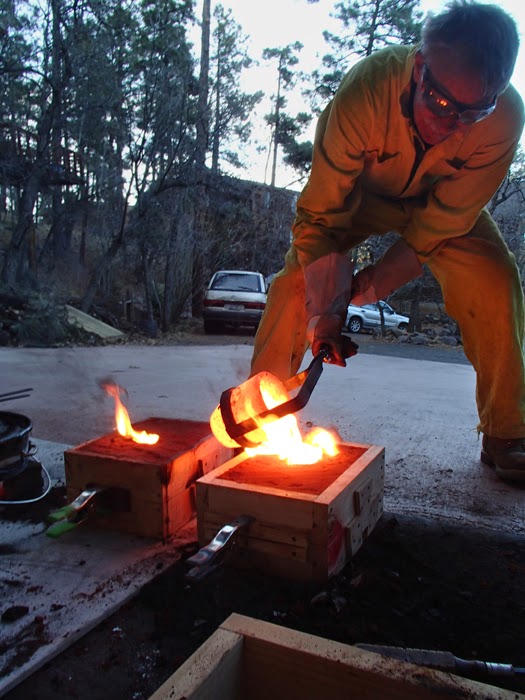 You can save a little clean-up time by pulling off some of the extra bronze before it hardens. 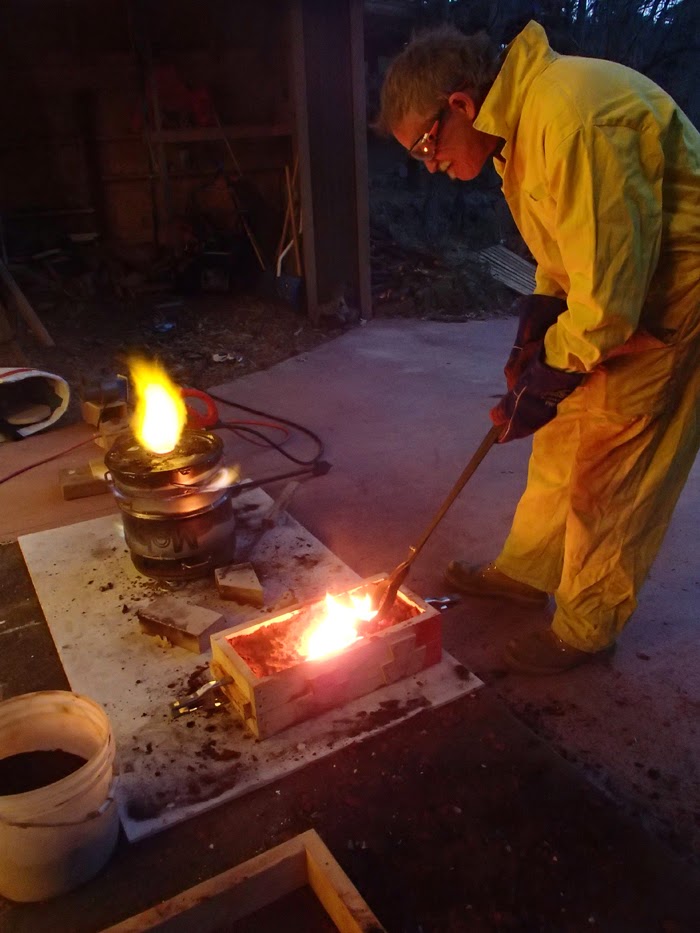 While I was dorking around with my skookum handle molding, Lora cranked out the molds for about six dozen more little star washers for my upcoming gunwale project. The washers came out great. Since I am a bit short on casting sand, I’m dumping the uncharred portion of the used mold sand directly back into the sifter so we can wheel it indoors to build the next mold. 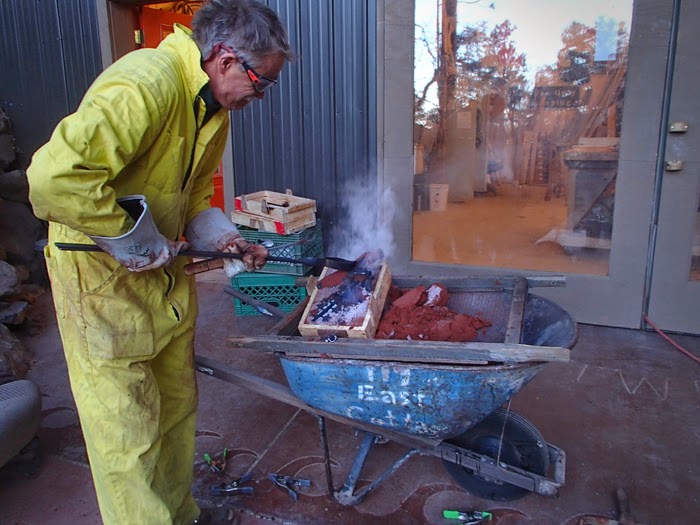 At first I feared my handles would require more bronze than my crucible would hold, but I got lucky. The pour went well. Here is the first handle coming out of the sand. My mold was not as perfect as I hoped, so I was still worried that it might not really work. Dubious would be a good adjective here. 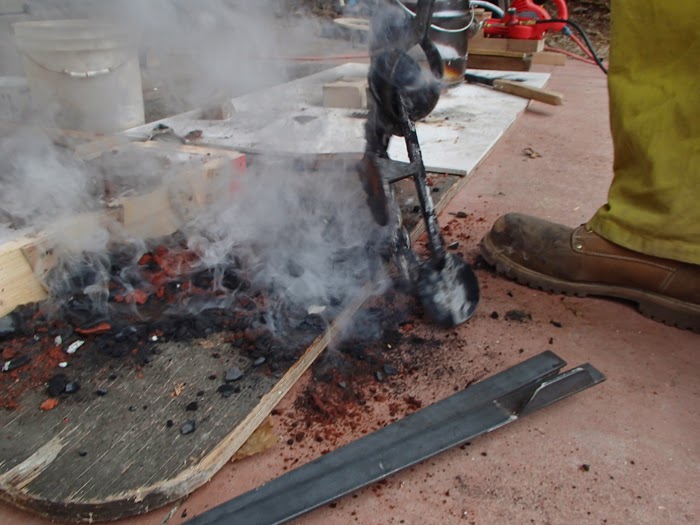 Into the quenching bucket. 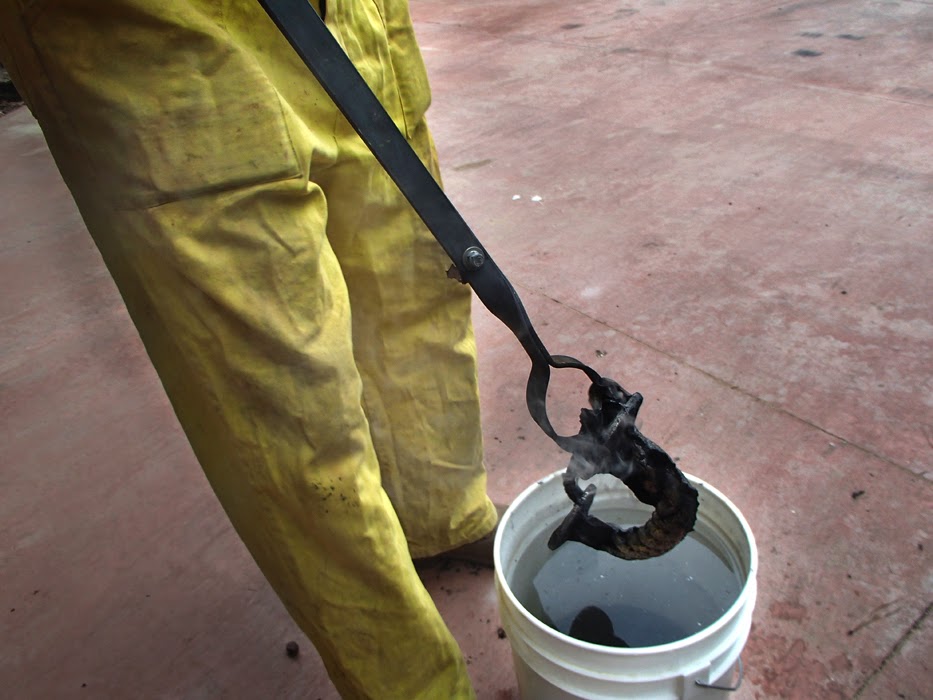 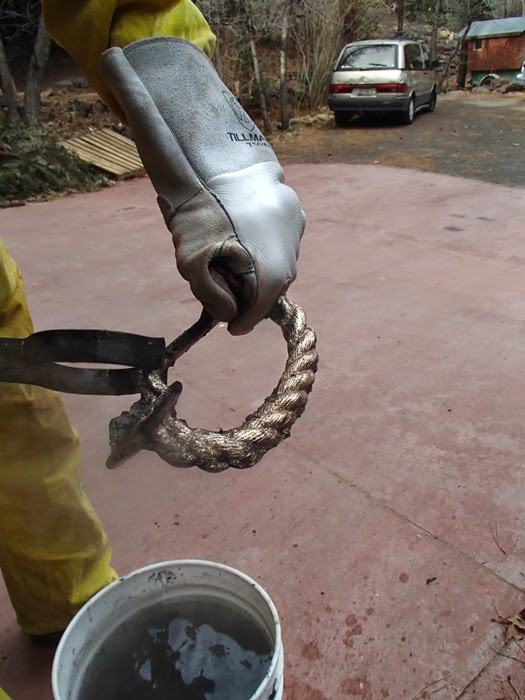 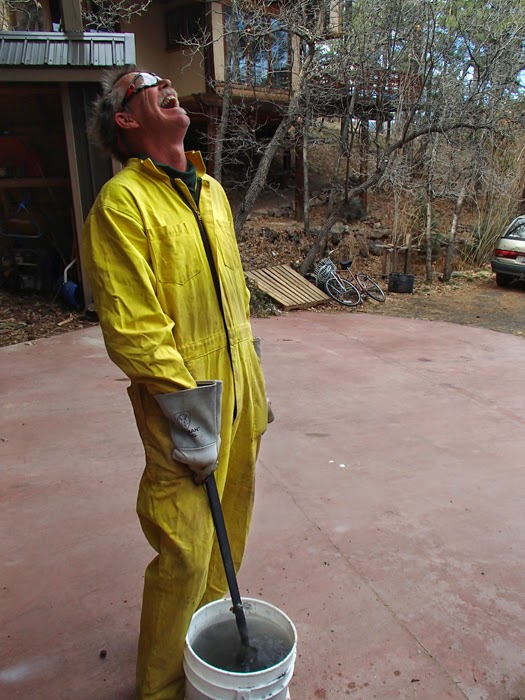 >A lot more bronze goes into a pour than actually gets used in the object: gates and runners, sprue and pouring cup. These all get cast in bronze too, and must be cut off and chopped into small enough pieces to return to the crucible for the next project. Here I am using my cool new Dewalt cordless bandsaw, which proved to be just the ticket for this process. 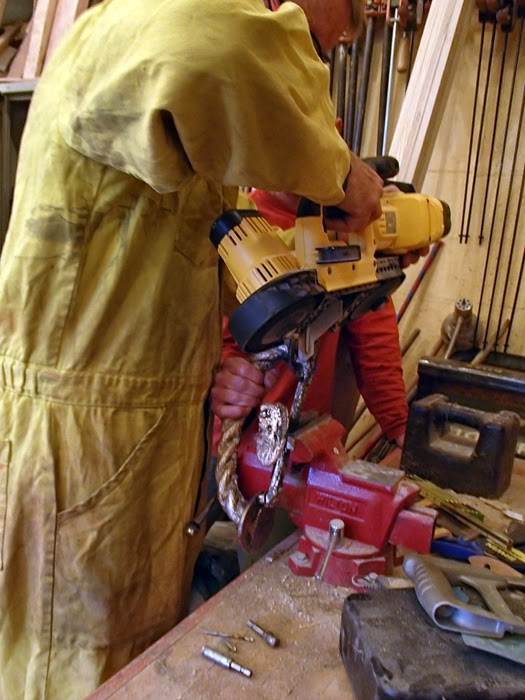 With two skookum handles and a half-gross of washers all cast, we shut down the foundry and let the crucible cool until next time. 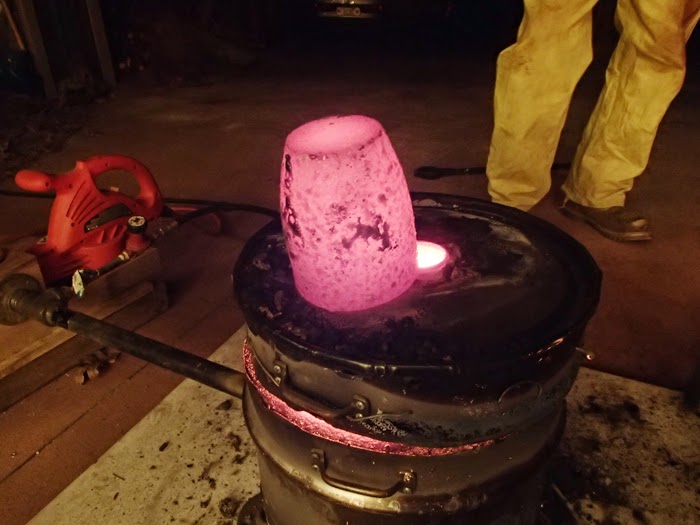 After a half-day of grinding off the parting lines and polishing on the buffing wheels, the beasts looked pretty good. I drilled and tapped half-inch holes in them and screwed in some threaded rod. Then I drilled some countersunk holes into my giant doors and bolted them on. I love ’em. And they’re hell for skookum. 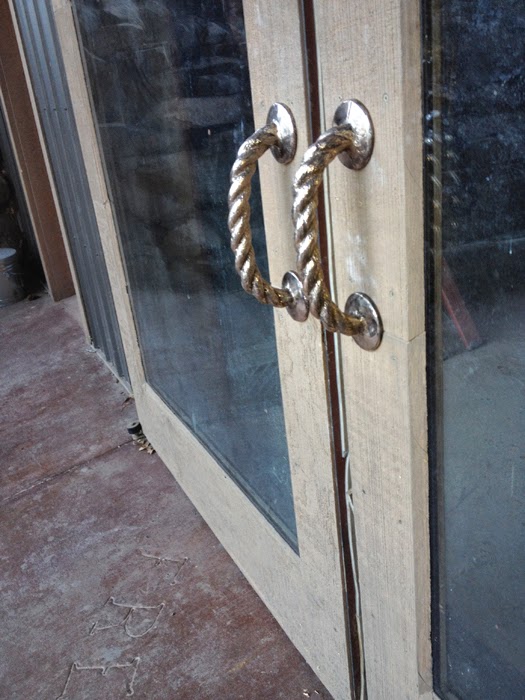