A swarm of woodies

brdfrd2020-11-24T18:40:38+00:00April 3rd, 2013|News|
We were on the water the day after the shop closed for the winter. Finally, after five months in the shop, we got to see what boats are actually for. Sure, they are fun to build, but they are even funner to float around in. Exhilarated? Yes. Exhausted? Yeah, that too. Completely. But pretty darned happy. Here’s Moe, the mid-winter project, heading up the Colorado a few miles. 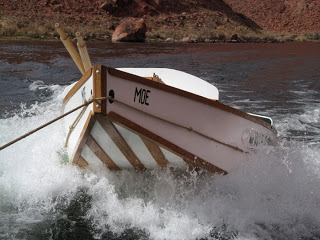 And here are Scott and Shawn on the maiden voyage of their new Rio Rojo, along with their friend Karlyn. She rows good, looks good, and feels ever-so-solid. 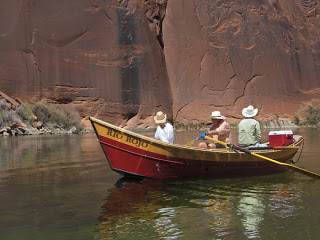 Here is Andrew rowing Greg Loehr on Greg’s new experimental hull, towing two of Greg’s new creations, foam-core Stand Up Paddle boards. The boat is a cross between a McKenzie, a Rogue, and Greg’s hull ideas from a lifetime designing and building surfboards. It feels great and turns on a dime. 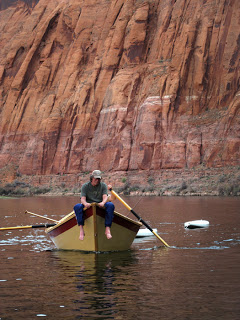 Greg also managed to corrupt most of the group with his SUP boards. Damn it–as if we didn’t have enough vices already. Here’s Marieke walking on water. 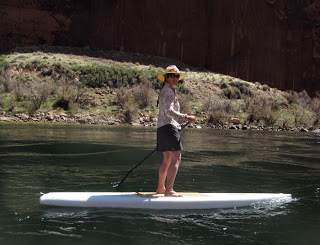 We had three original Briggs dories: Tim and Lori Cooper in the ’72 Celilo Falls; RJ Johnson and Terri Merz in the ’74 Surprise Canyon, and Andy Hutchinson in the ’81 Cottonwood. 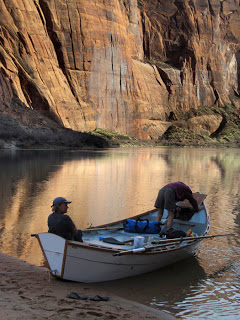 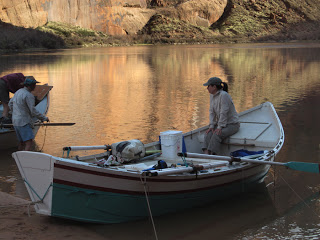 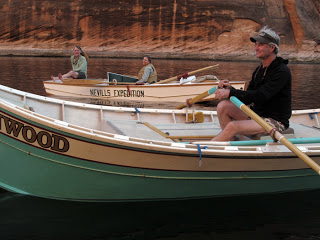 Dan and Alida Dierker were in their 2010 Briggs-Fletchwater, the Euphrates. 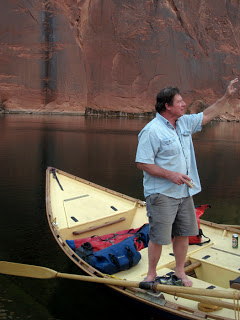 We had two very different McKenzies: last winter’s rebuild, the ’67 Keith Steel Betty Boop, contrasting with our ’07 Woodie Hindman replica, Juan. These were definitely the sports cars of the fleet. 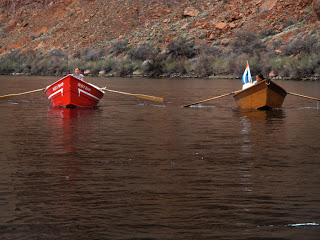 Moe was the odd duck–a Nevills Cataract amid a swarm of drift boat hulls. As you see, no one liked her. Lora can barely conceal her dismay. 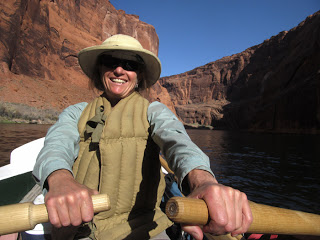 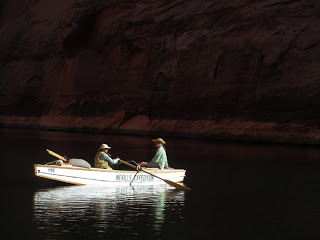 We spent many hours playing musical boat, comparing and contrasting the variety of hulls round and round the eddies. And a lot of time playing boat-ical music, with Lora on the fiddle, Andy on the banjo, our mad Alaskan friend David Grimes on the guitar, Marieke on percussion, and me on the bail-bucket bass. This is Andy’s shot of Andrew, Alida, and David. 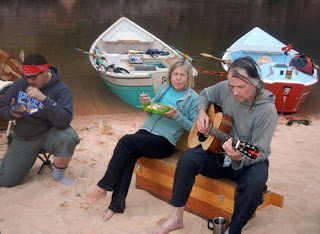 We failed to get out of camp before noon most days–mostly because no one had any inclination to.  We made up for it by camping early. 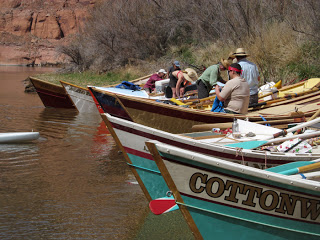 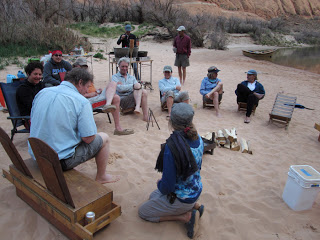 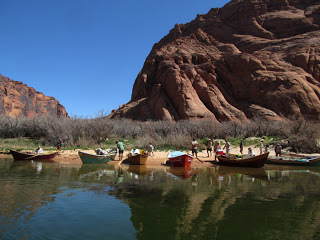