Yesterday we did a mess more invisible work on the Rio Rojo. Like this gunwale block, which I laid up out of three sticks since I was running out of walnut. Kind of a pretty stripe. 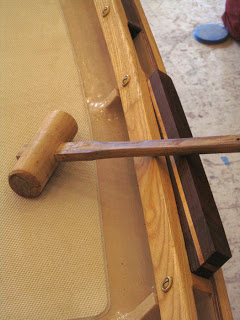 Then I whacked it into the gunwale where it will not be seen again until the boat comes apart. 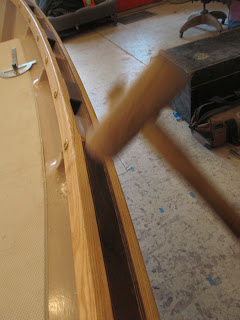 We got all the hatches working and a bunch of other stuff. Then let her sit for a day while we birthed a new boat. 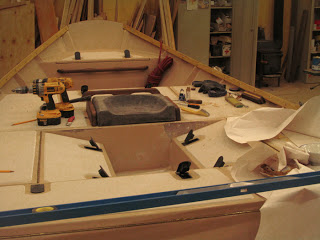 Saturday was our goal to pull together Jim MacKenzie’s replica of the Betty Boop. He’s been lofting and cutting parts all week. Here is a swarm of gunwales and chines cooking up. 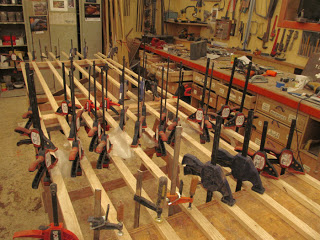 We finally got all the parts ready about an hour after our planned noon start date for the big boatbuild party. Come one come all. Fortunately no one showed up. To hell with ’em. Instead, we puttered along and got started a little after 1 p.m. 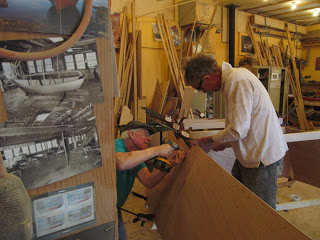 Lora came down and Janek came in and we got the basic hull done in about four hours. 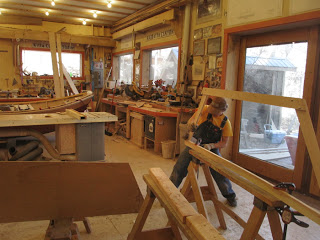 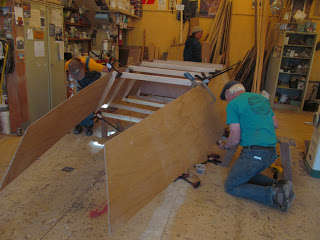 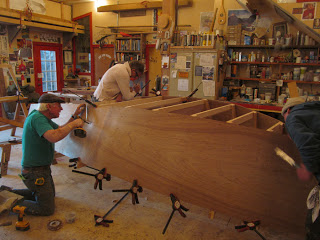 We really tried to get all the bolts and such in places where we wouldn’t crash into them. Oh well. 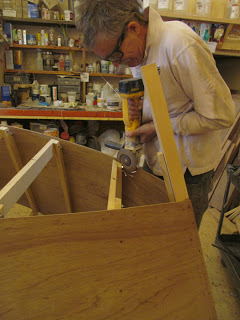 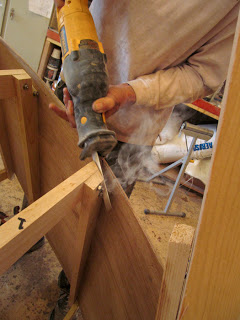 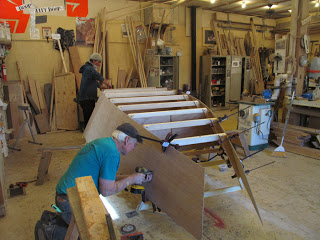 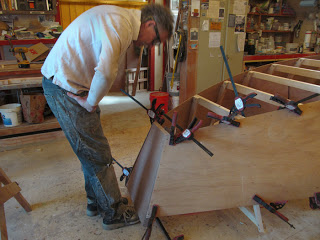 Four hours–not too bad for a new design. Only one rib needed adjusting–and we kind of suspected it would. She looks really sweet. 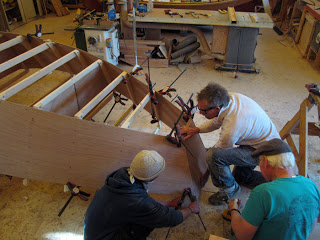 I’ll be damneder. The boat is symmetrical and centered. 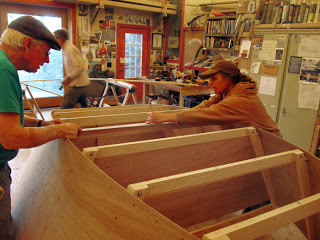 And in go the inner chines. 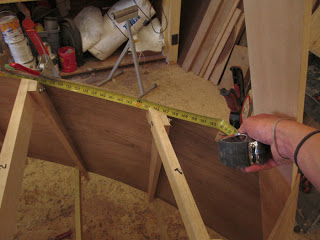 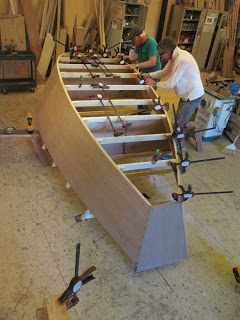 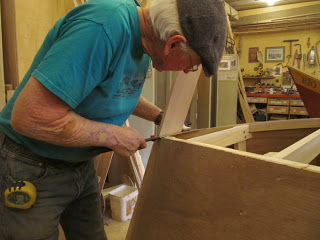 Grind those chines smooth and on with her floor. 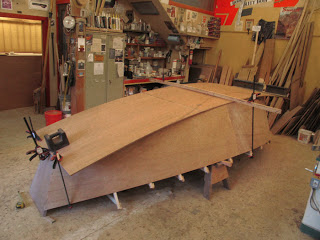 Marking for screw lines, groveling in the sawdust. 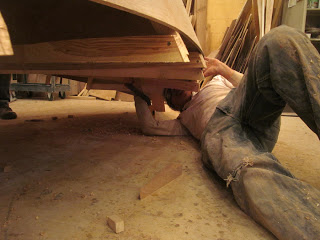 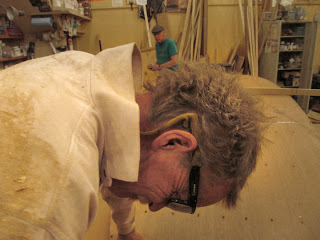 Squashing on the floor. 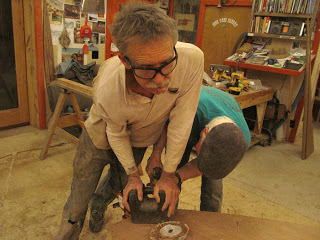 Screwing her down one end at a time. 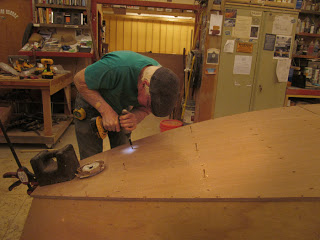 While we goop the other end. 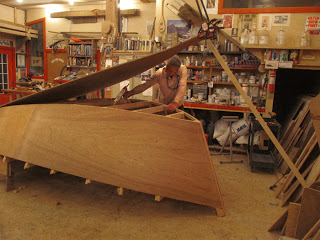 It’s a wrap. Nine hours. We are whupped but happy. 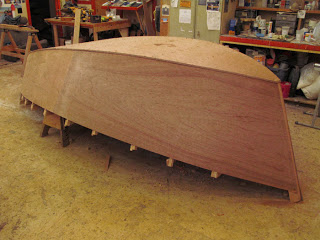 Might as well celebrate MacKenzie’s McKenzie with a splash of Mackenzie. 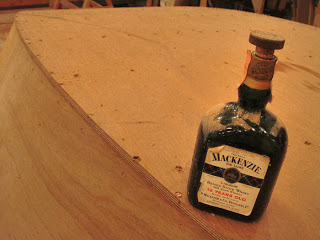