Seventy-five years ago this winter Oregon writer, photographer, and riverman Amos Burg proposed a radical idea to America’s latest hero-du-jour. Buzz Holmstrom had just rowed the first solo descent of the Green and Colorado Rivers in his homemade wooden boat and, though he hoped to keep quiet about it, agreed to a major story in the Saturday Evening Post. Upon reading of Holmstrom’s feat, Burg suggested Holmstrom repeat the voyage for a new film Burg hoped make the following summer. Burg planned to accompany Holmstrom in what would be the first inflatable boat to run western whitewater. Burg’s raft, Charlie, eventually convinced other river folk to follow suit, abandon wooden boats, and give birth to modern whitewater rafting. 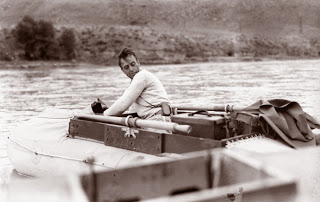 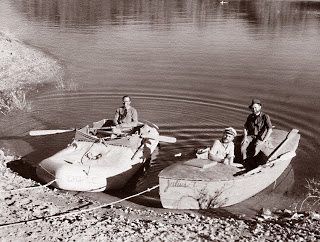 But there is a lot more to Burg than his pioneering raft trip–lots more. Vince Welch, who collaborated with Cort Conley and I to write Buzz Holmstrom’s biography (The Doing of the Thing: The Brief, Brilliant Whitewater Career of Buzz Holmstrom) has just published his comprehensive bio of Burg:
The Last Voyageur: Amos Burg an the Rivers of the West. In it Welch traces Burg’s many amazing voyages, often alone down the many major rivers of the West, and Burg’s many other adventures around the globe.

Winter is coming, so I recommend you get a copy of this for those long, lonely nights. And if you haven’t read Buzz’s bio, you should get that too. Hell, go ahead and throw in Every Rapid Speaks Plainly, the annotated journals of Buzz’s river voyages and Burg’s journal of his voyage down the Colorado in the Charlie. 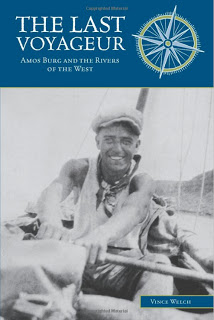 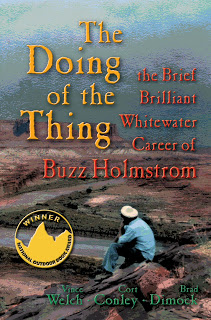 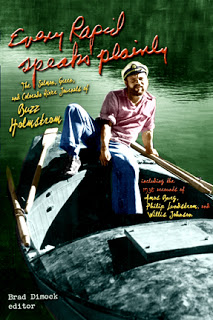