In mid February, a couple days before I left for the river, Cam Staveley brought by his grandfather Norm Nevills’s ol San Juan Punt, Redbud Canyon. Cam has been working on getting her river worthy again, and had come up against a fractured and rotted out section of the side panel. Last year when I was taking measurements of the Redbud in order to build a replica (named Boxcar, see late October and early November blogposts), I offered to help Cam rebuild the side.

Nevills being one of the demigods of Grand Canyon boats and boating history, several other boaters showed up to join in the fun. Here is the side panel in question–what you can’t see are the full fractures and rot going through the 5/8″ plywood. 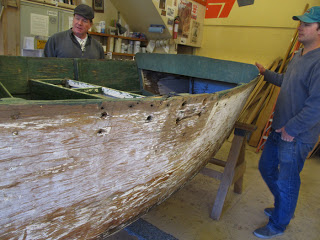 Cam watches as I take a power saw to the boat his grandfather built about seventy years earlier. It was kind of scary. 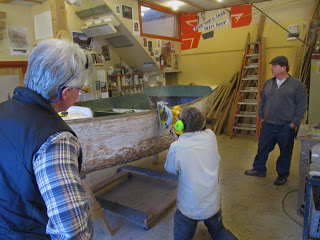 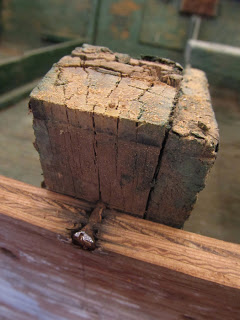 Jim and I ground a three-sided scarf into the missing side. 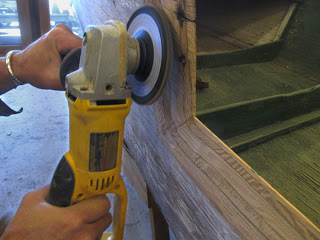 Meanwhile Dan assaulted the opposite side, where the oarlock stands were in deep trouble. 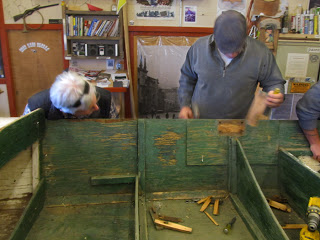 Jim is pulling nails while Owen starts work on the rear deck. 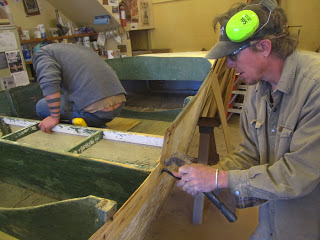 While looking for the right scrap of plywood, Jim found a new pair of pants. 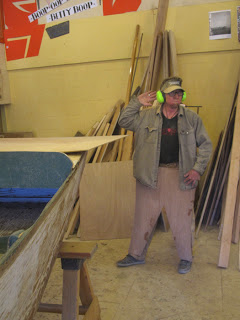 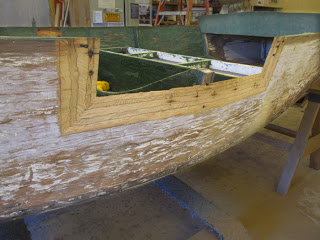 Cam, Owen, Marieke, and Dennis rebuilding the rear deck. The supports had collapsed and the decking had been crunched. 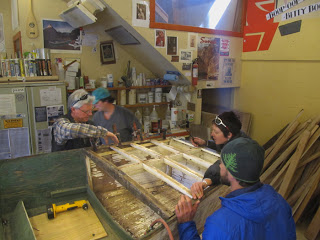 The new side-panel gets scarfed and clamped back together. 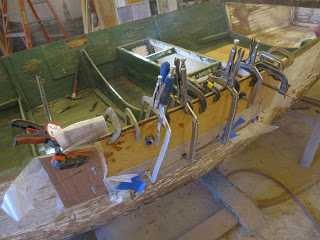 And a new deck goes on. 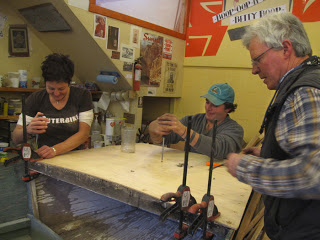 The resin kicks and we delight in our handiwork. 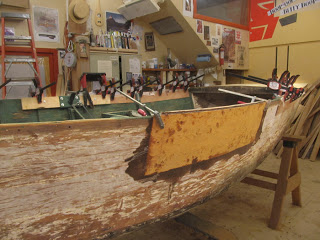 Here we are re-laminating the top of the plywood side where it had split, rotted, and crunched. 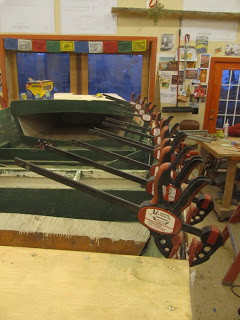 By dark we were pretty much done other than a late-night fairing of the new work and a quick morning sanding. Cam came by before I had the wits to photograph the final product, but suffice it to say, it looked pretty good. From here on out it is mostly a matter of sanding it down a bit more, stabilizing any funky plywood, and painting her. Then it’s off down the old San Juan.