What shall I wear?

Wow. The Betty Boop is finally at the point where her final appearance is about to be determined. What should she wear to the ball? What make-up? Which dress? Heels? Necklace? Does this make my ass look fat?

I spent most of the last two days poring over old pictures of the boat, trying to figure out what color she really was, which “red” is right. The old classic Grand Canyon Dory red? (an automotive paint, 1954 Cadillac Aztec Red.) No. Too red. Jim thinks more of a tomato red. I agree. Almost an orange. In fact the color I settled on is called Allis Chalmers Orange–a reddish orange tractor paint. If this picture isn’t sexy, what is? 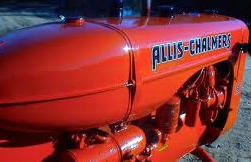 Turns out that it is almost exactly the red of my dory, Cataract. Maybe I just like that color.

The other agony has been fine-tuning the white line on the side. I wrassled with images of Ronn Hayes’s stripe, and tracings I made of Larry Testerman’s stripe. Both had a barb on the front and tucked down to the chine in the stern. Ronn’s harpoon curved back (Ronn’s son Pete says they picked the harpoon motif to emulate Ahab’s quest for the white whale, the Canyon being Ronn’s Moby Dick–gotta love that) ; Larry’s barb curved forward. We chose Larry’s. It seemed to play better with the prow line. 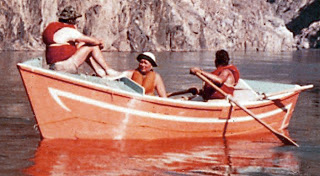 I am a big fan of proportional lines that diminish precisely at the same scale the hull measurements do–fat in front, slender in back.  Both Ronn’s and Larry’s dove proportionally and got fatter toward the stern. A bit clunky to my eye. Ronn’s was too high in front and left no room for a name. I like a name up there. In the end I picked Larry’s bow proportions and diminished them proportionally to the stern.

And then came the font for the name. I wanted something that evoked Betty Boop. I YouTubed several of her cartoons–some of them over-the-edge provocative–check ’em out–but no fun fonts. But in a book of her cartoons, drawn by Max Fleischer, her inventor (he’s the artist who came up with Popeye), I found what I wanted. I sucked the letters out in PhotoShop and lined them up for the bow name. Love it. Especially the little dingbats on each end that look just like chili peppers. 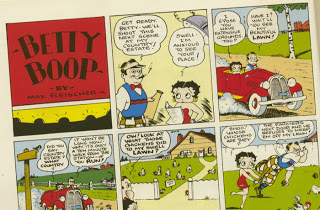 Oh, the agony. Wanting to get it right. 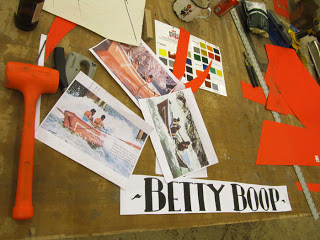 In the end we picked Ronn’s original name and a distillate of his color. We chose Larry’s forward-arcing barb and his bow proportions. And Max Fleischer’s hand-drawn font. 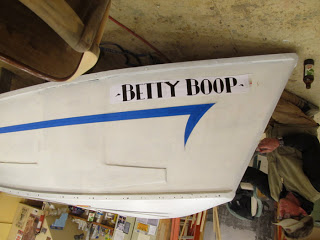 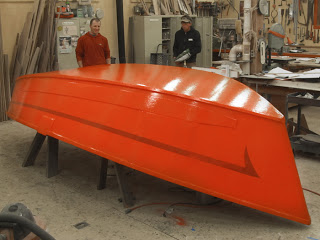 Oh, and why not take that harpoon handle and run it right on over onto the bottom? Seems appropriate that every now and then folks will get a glimpse of Betty’s curvaceous butt. Imagine how that will look as she pops over the big wave in Sockdolager. Boop-oop-a-doop. 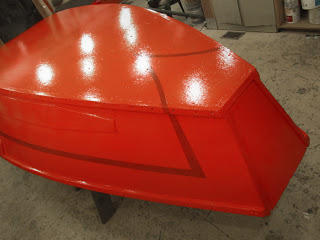 Tomorrow she gets another coat and we pull the masking tape. Those dark harpoons will suddenly become blinding white. A final offering at the Betty Boop shrine and off to bed. 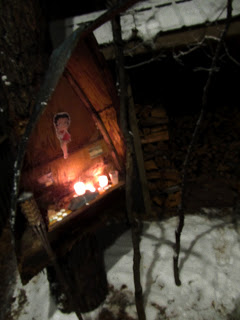