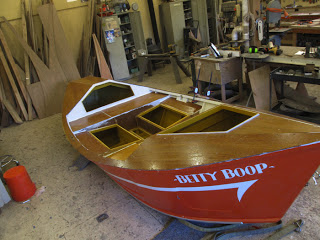 Then Gary Ladd stopped in. Gary has had the unique perspective of running with this boat as the Betty Boop, in 1970 and ’71; helping remodel her in the winter of ’74-’75, then accompanying her on several eventful trips as the Great Thumb from 1975 on through the early ’80s. Gary was glad to see her salvaged and had a million insights and stories about the boat, her features, and history.

I spent most of Thursday alone with the Boop, trimming down her decks where they overhung, sanding, caulking, and so on. By Thursday evening she was nearly ready to receive her nonskid texture.
Roy came by this morning and we masked out the areas where the nonskid would go. Amy came by just in time to document this bizarre process. 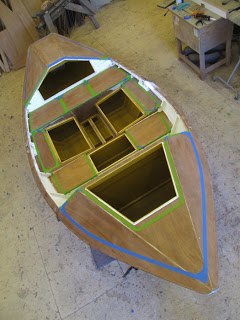 I rolled on the epoxy as thin as I could push it while still getting uniform coverage. 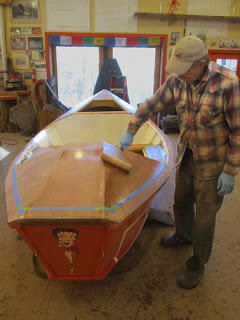 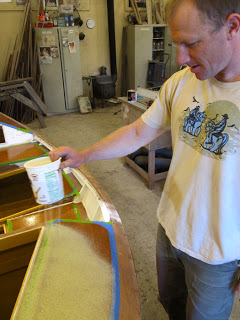 Then I followed him, pulling tape and vacuuming loose sand. 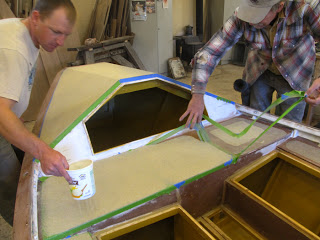 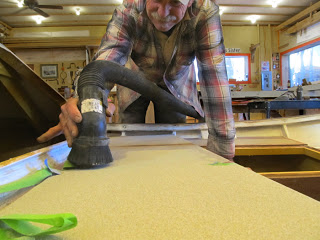 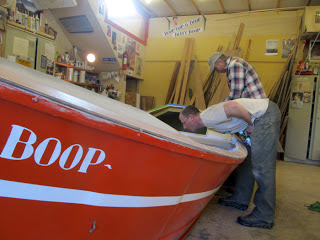 And there you have it. We have turned the boat into fine-grit sandpaper. A couple coats of paint will bring it down to a tough, durable surface that is easy and safe to run around on when wet. Which it will be. 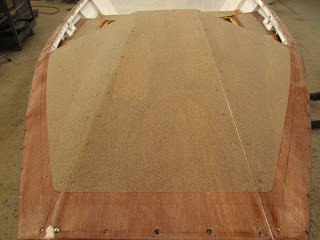 And tonight, the undercoating. 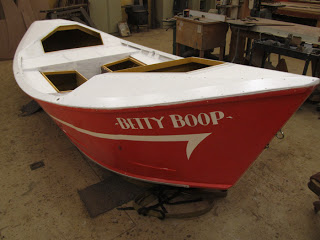 Eager as I am to see the deck turn sky blue, I am going to delay gratification and do the white circumferal stripe tomorrow, and save the blue for either Christmas Eve or for my Christmas present. Meanwhile, 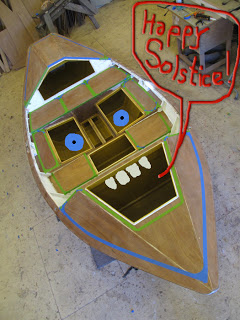