From the time we approached the Marquitta Mine until we were well northwest of Quartzsite five days later, we did not encounter much that was not damned peculiar. We visited the only native palm trees in Arizona in the jagged Kofa Mountains; we hired a gravel-voiced native to drive us from Martinez Lake to the put-in at Walter’s Camp–a two-hour drive of nonstop narrative, little of which we understood; and spent four days floating through the oddest, most jagged terrain I could imagine a river flowing through.

Odder yet was the consistent downstream wind–something boatmen rarely experience. Had it been a few degrees warmer it would have taken the cool edge off, but we could not complain. The skyline was unlikely at best, with peaks so jagged there was no way they could actually be standing there through the millennia. Each time we found a way ashore through the mostly-impenetrable tule grasses, we found something odd: perfectly manicured burro trails leading to the distant peaks; moonscapes of oxidized irridescent rocks with nothing but the occasional creosote bush to differentiate it from the photos sent home from Mars and the moon (in fact I think creosote bush might grow well in those locations too); strange structures–cement helipads, a brick furnace, a perfectly preserved cabin, reed tunnels to nowhere, the great Picacho Mine, scene of some profit and much great swindling; stone circles; and everywhere, great, white surveillance blimps and strafing helicopters and planes. A wonderful, horrible, wild land. You gotta do it. 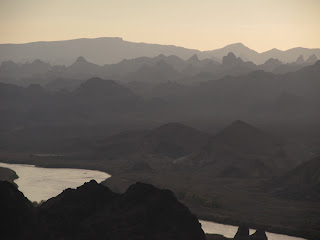 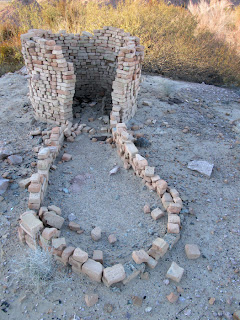 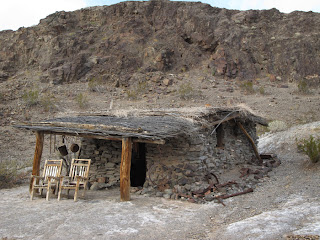 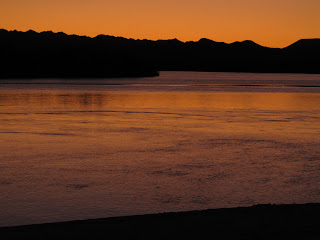 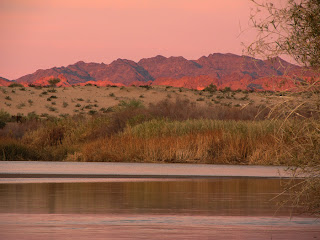 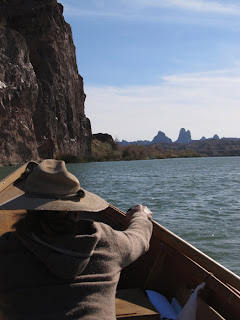 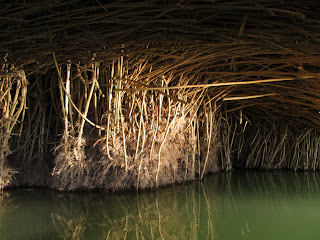 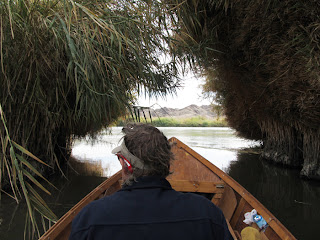 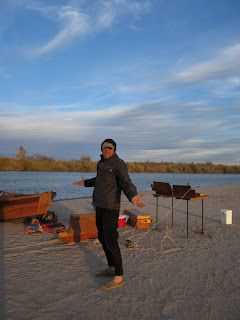 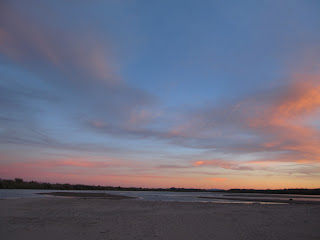