A flurry of boat projects

Bad blogger boy is back, trying to catch up once again. You see the workday in the shop begins before I’m conscious enough to write. And the workday often ends in chaos, our obsessions dragging into the evening and blending into happy hour(s). But today we’re between projects, so I’ll try and catch up.

Sometime around Christmas we finished up the triplet Doryaks. It’s pretty thrilling to see them get dressed up and put their jewelry on. 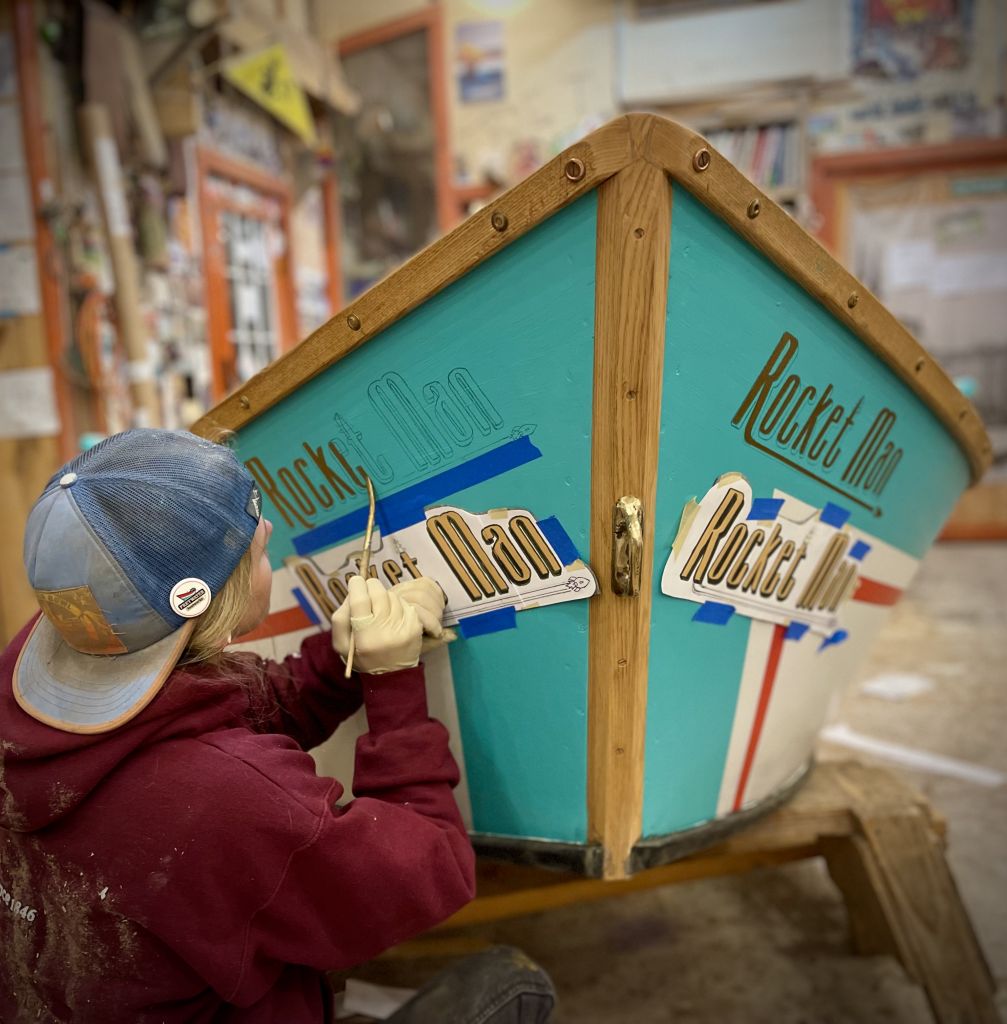 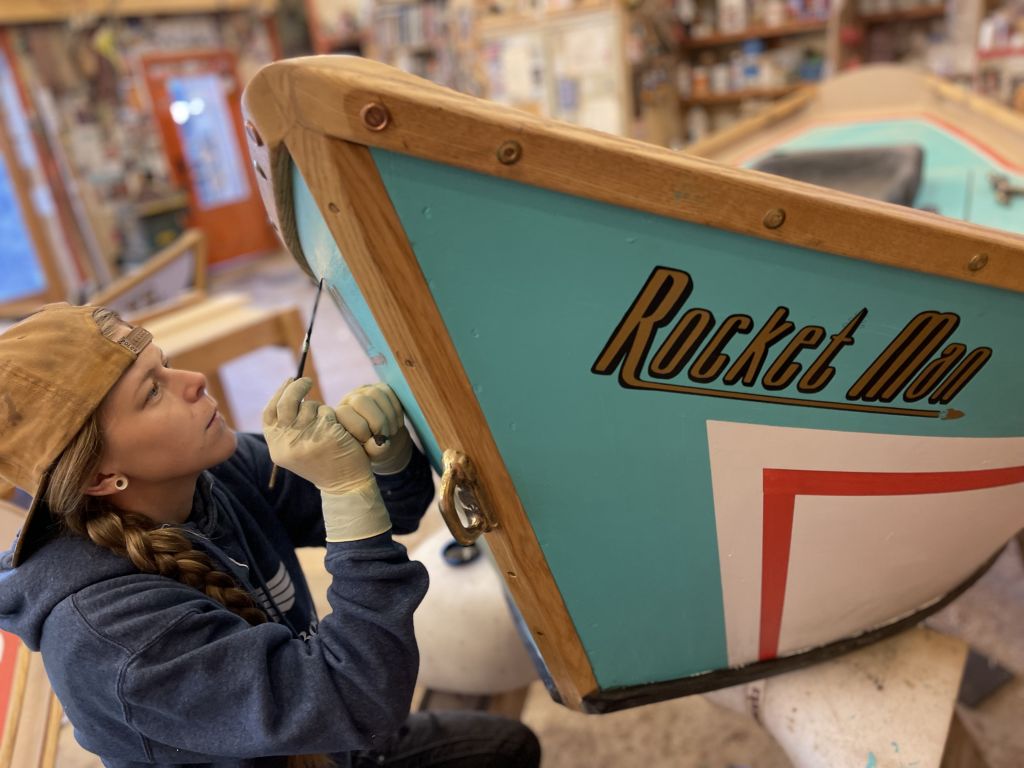 Nigigoons is Ojibway for little otters. 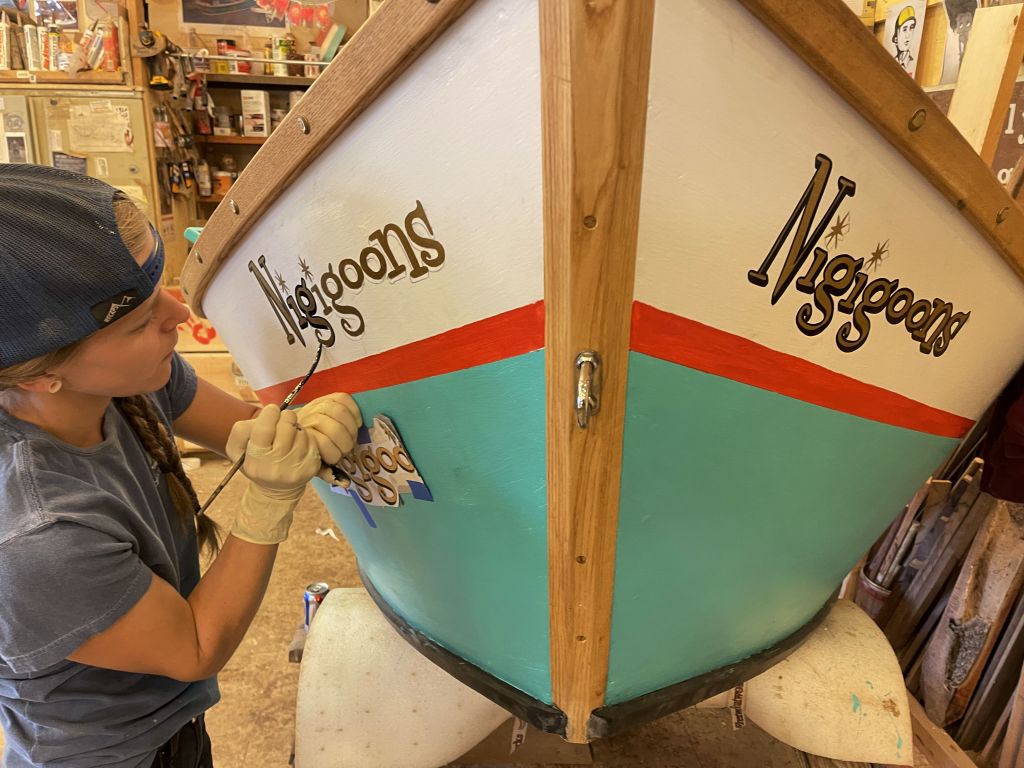 Tyee in her tuxedo of SeaDek. 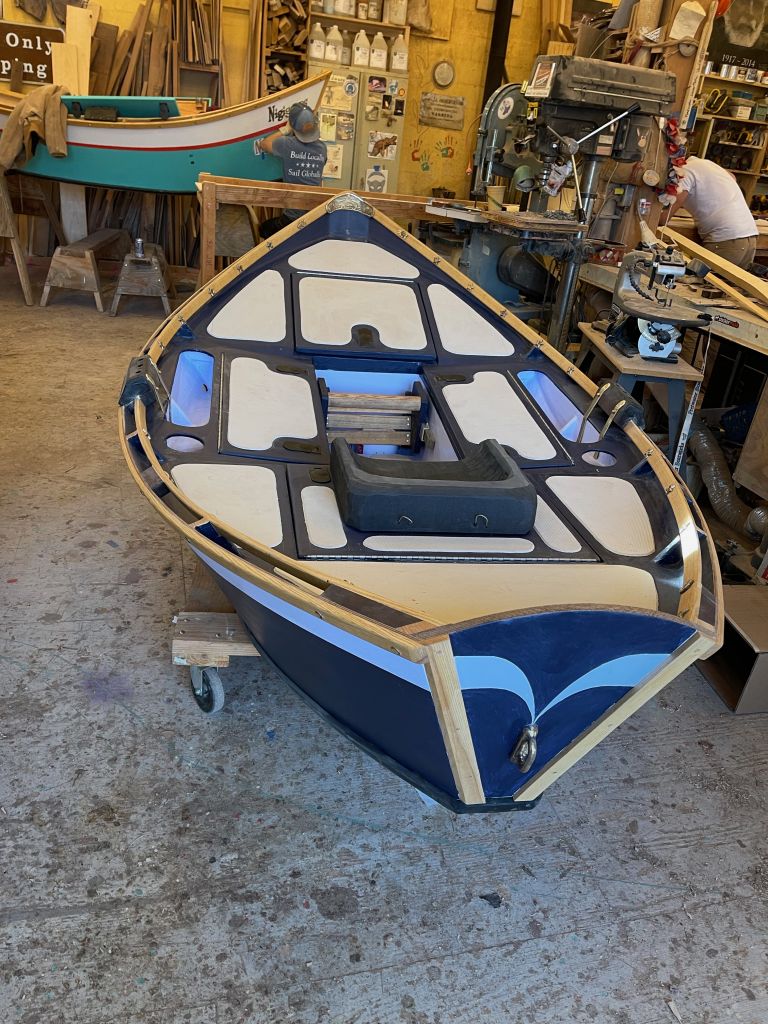 Rocket Man’s transom is a blend of George Jetson and Major Powell. Ground Control to Major John.
By the way, stickers of Cricket’s painting 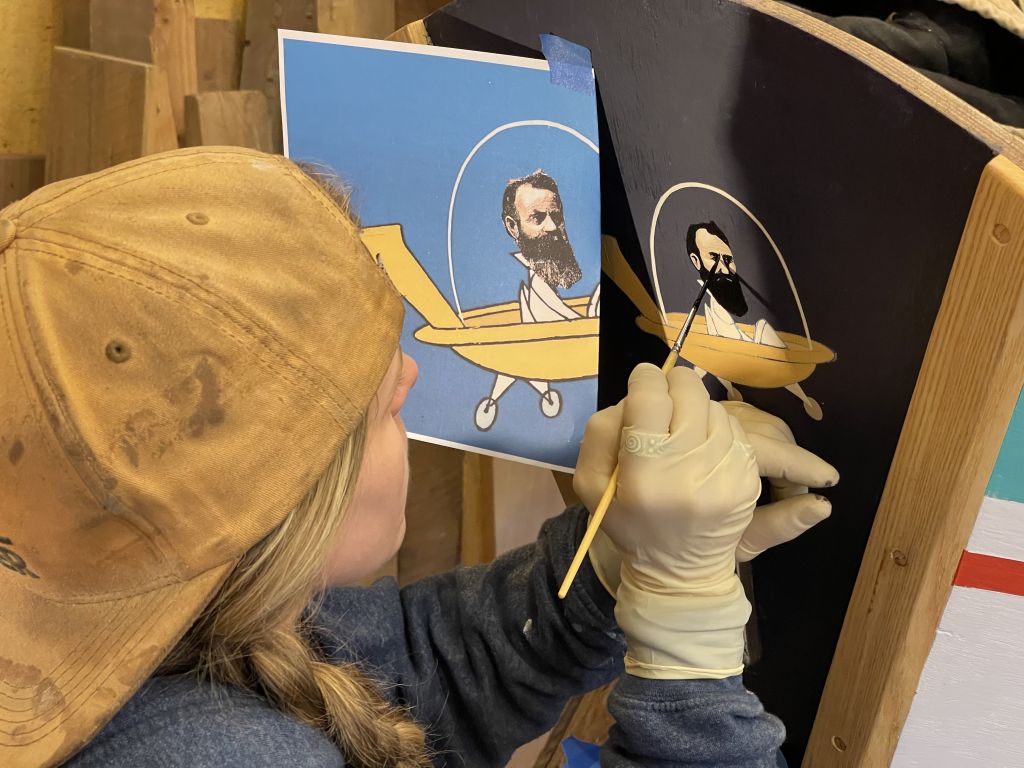 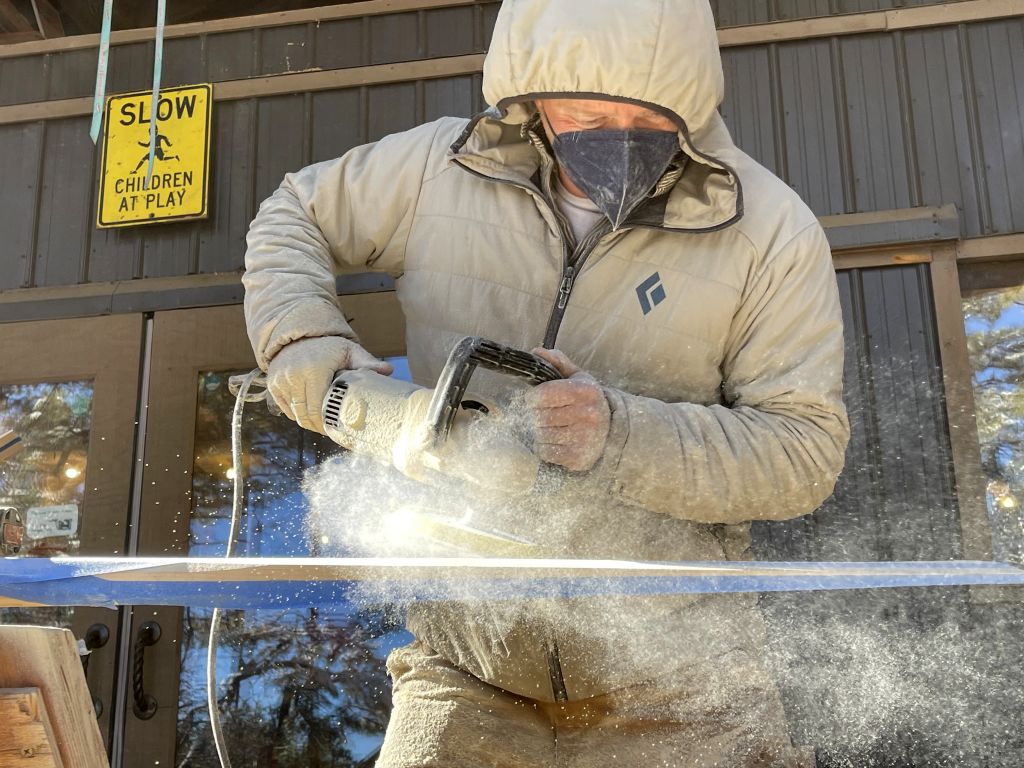 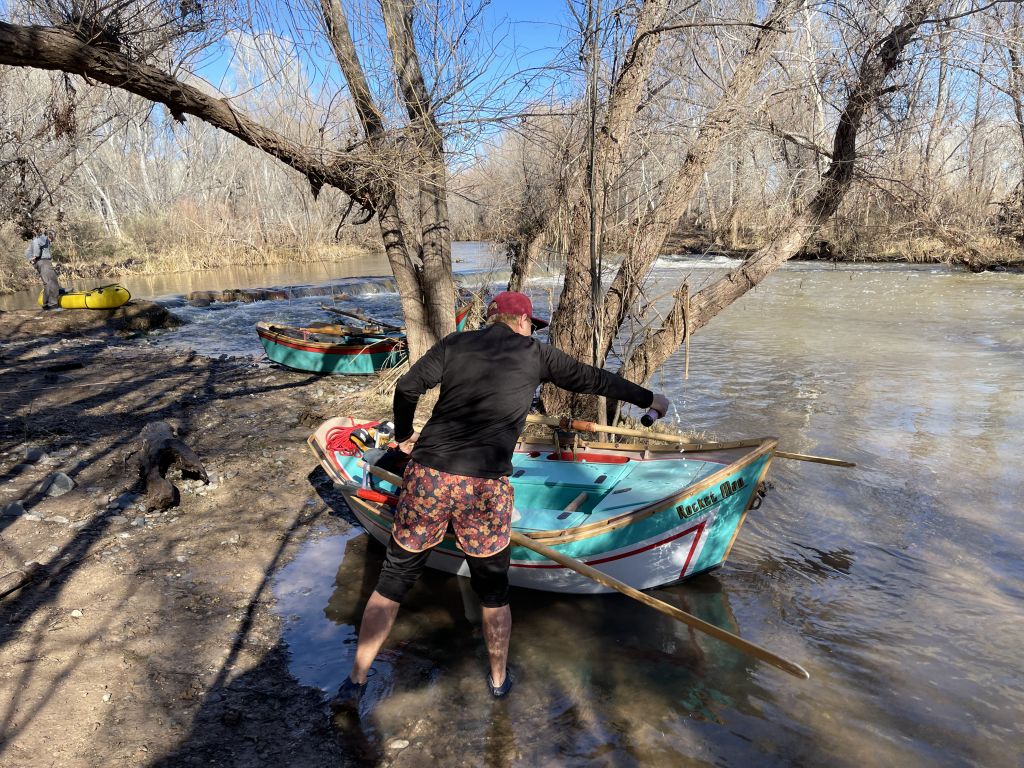 I think he likes her. 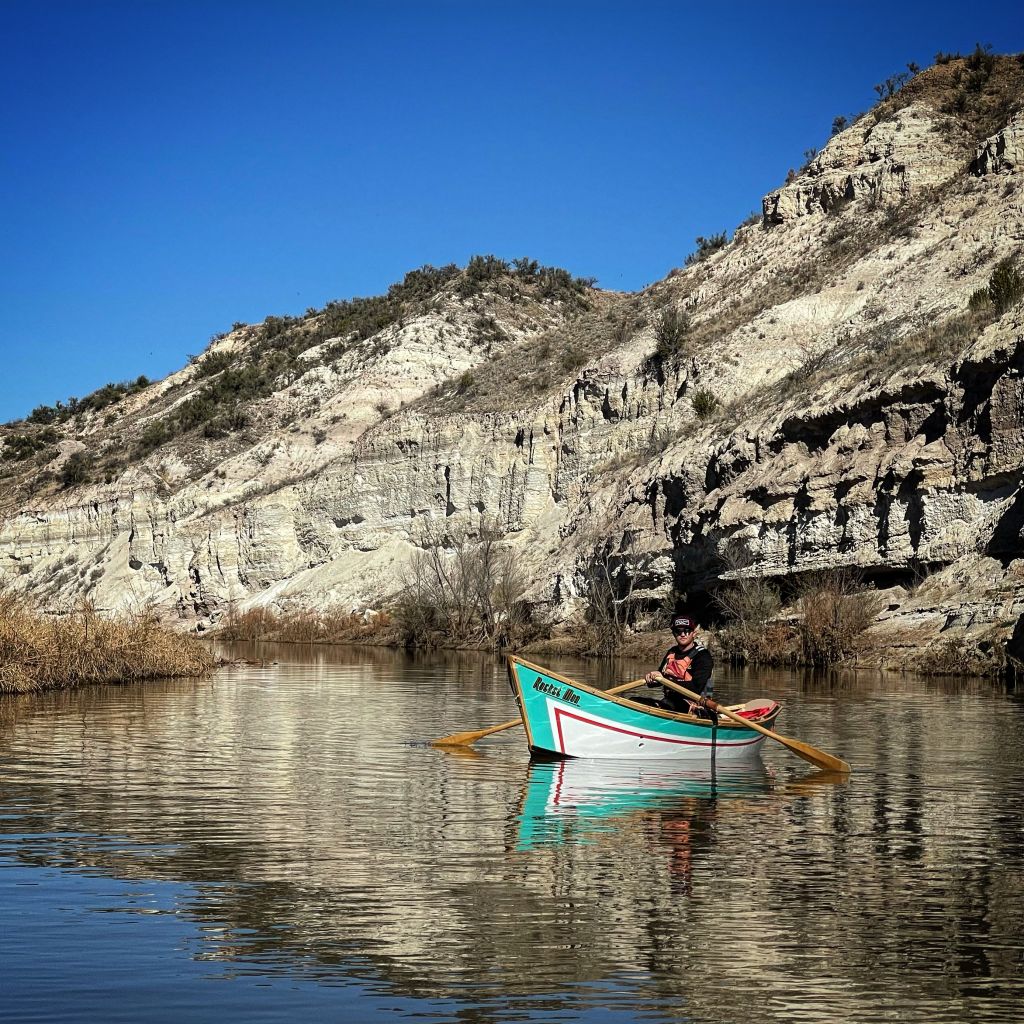 Ed drove all the way from Pennsylvania to pick up Nigigoons. He has big plans for her–Cheat, Gauley, New, Ottowa. It’s going to be exciting to see what a Doryak can handle. 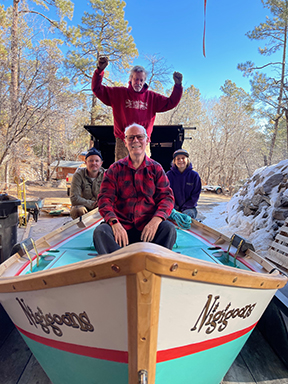 On a cold wintery day before New Years, I handed off Tyee to Dan and Rex in a parking lot in Barstow. Dan has already run her on part of the Rogue and is ecstatic. 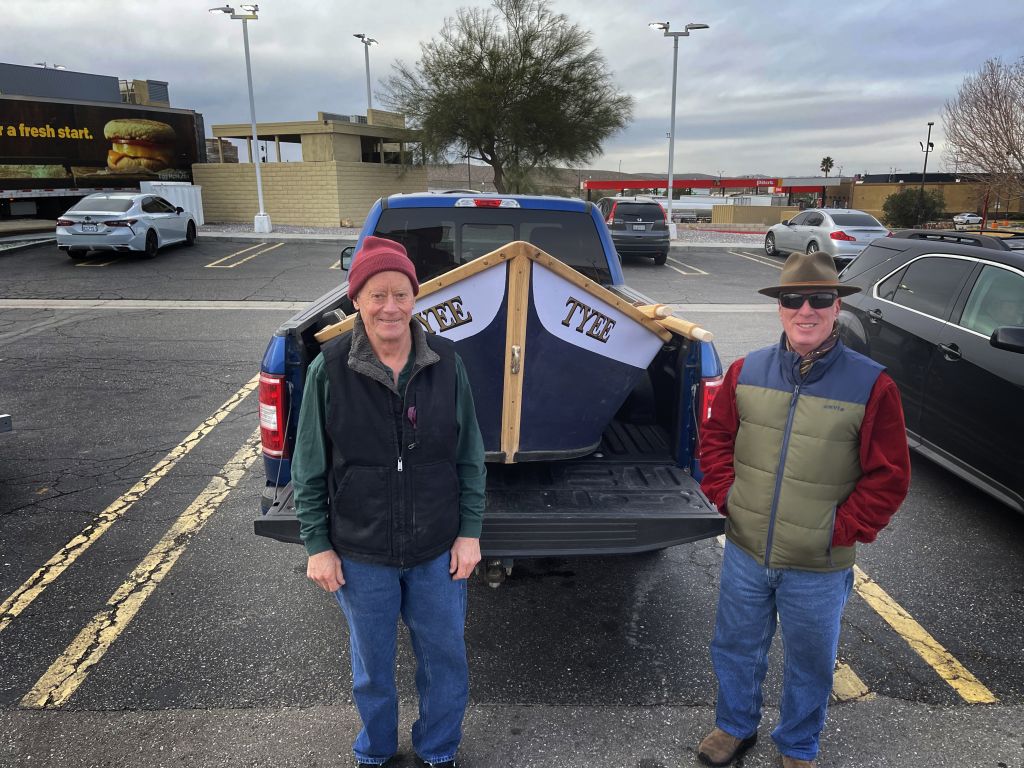 From Barstow I continued on over a foggy, rainy, Cajon Pass jammed with maniacal suicidal drivers, and down into the dark underbelly of Los Angeles. People are always asking where I get plywood. Right here, on the pastoral banks of Coyote Creek–a concrete lined sluiceway, but plenty boatable this day. 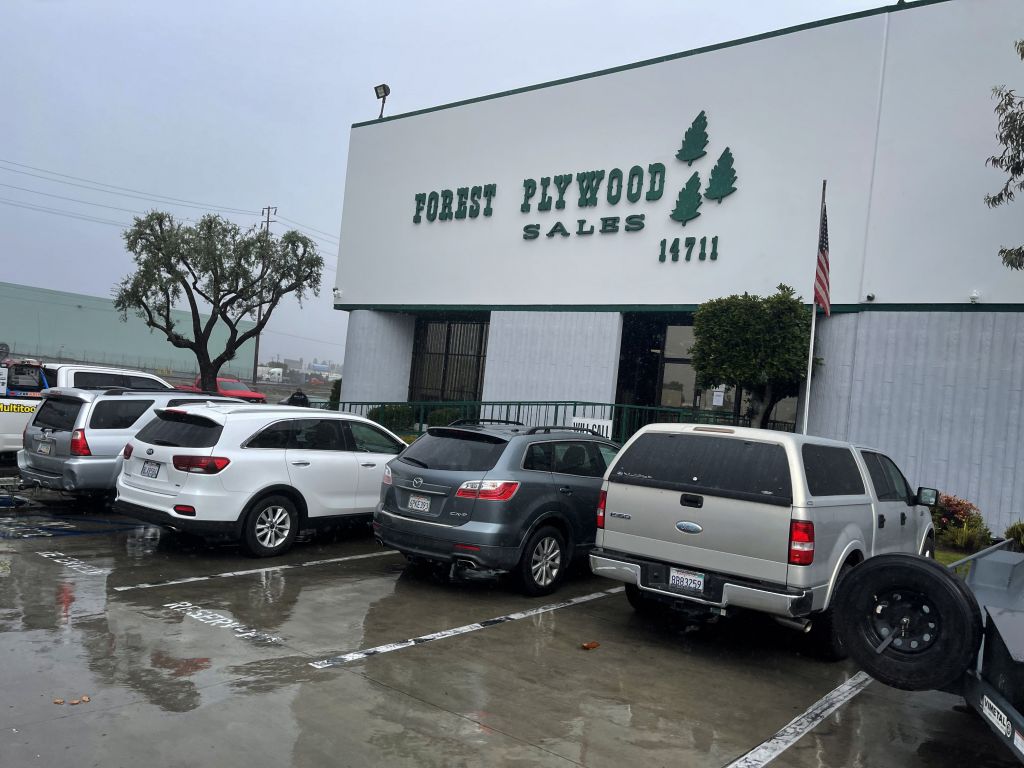 Their forklift drivers are badass. 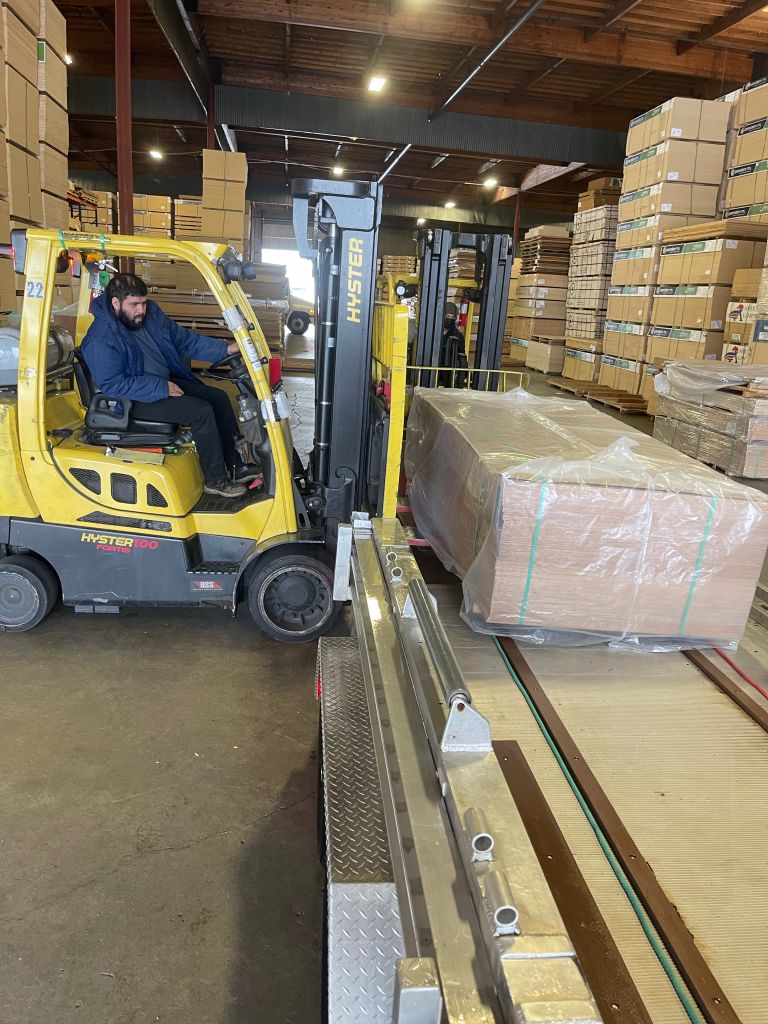 Back in the shop we finished up a Christmas present for me–a 1/6 scale model of my dory in its earlier incarnation as Chattahoochee. Lydia is detailing the oars. 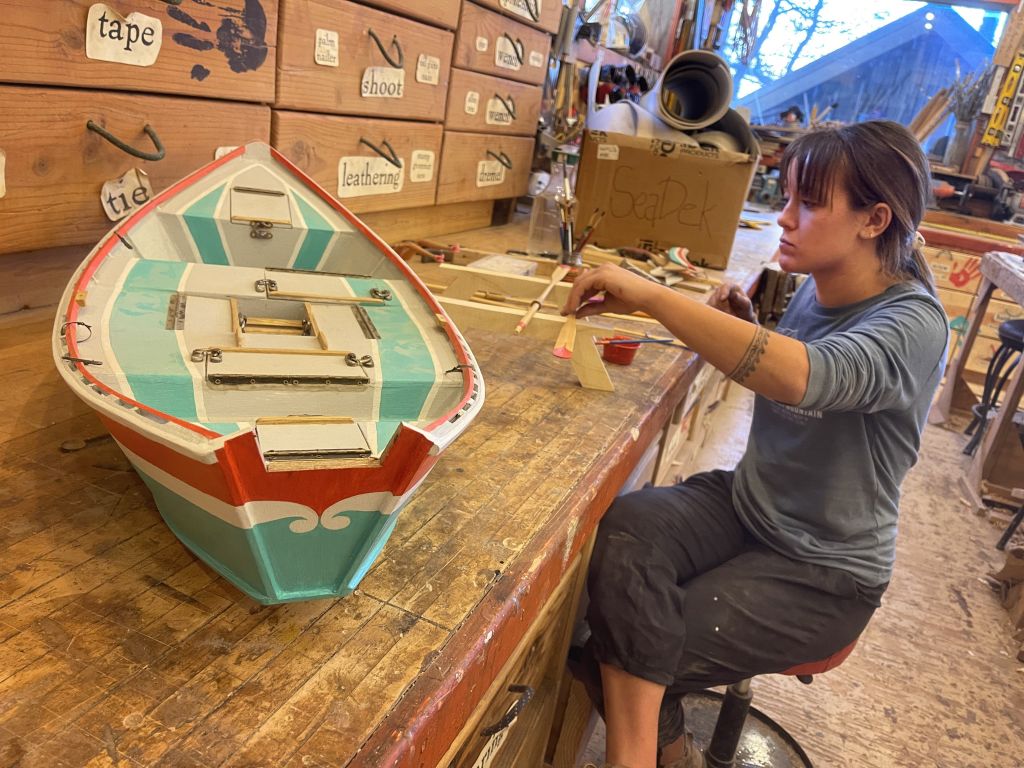 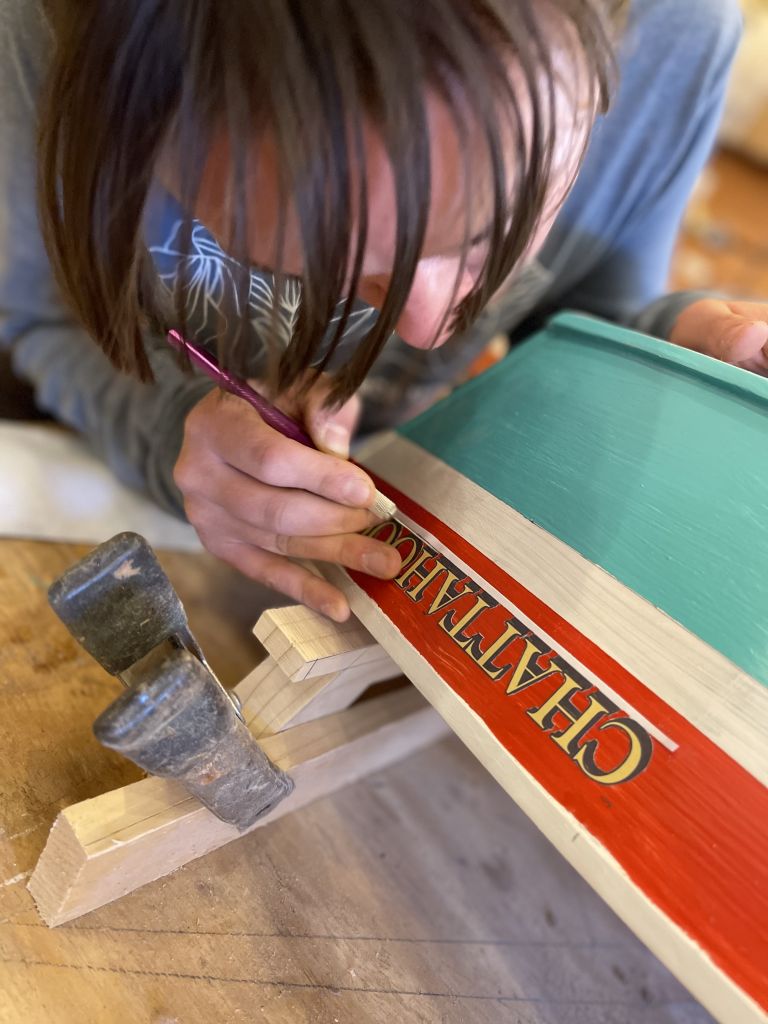 Of course she couldn’t just sit all alone on a shelf. She needs a Great Wave. 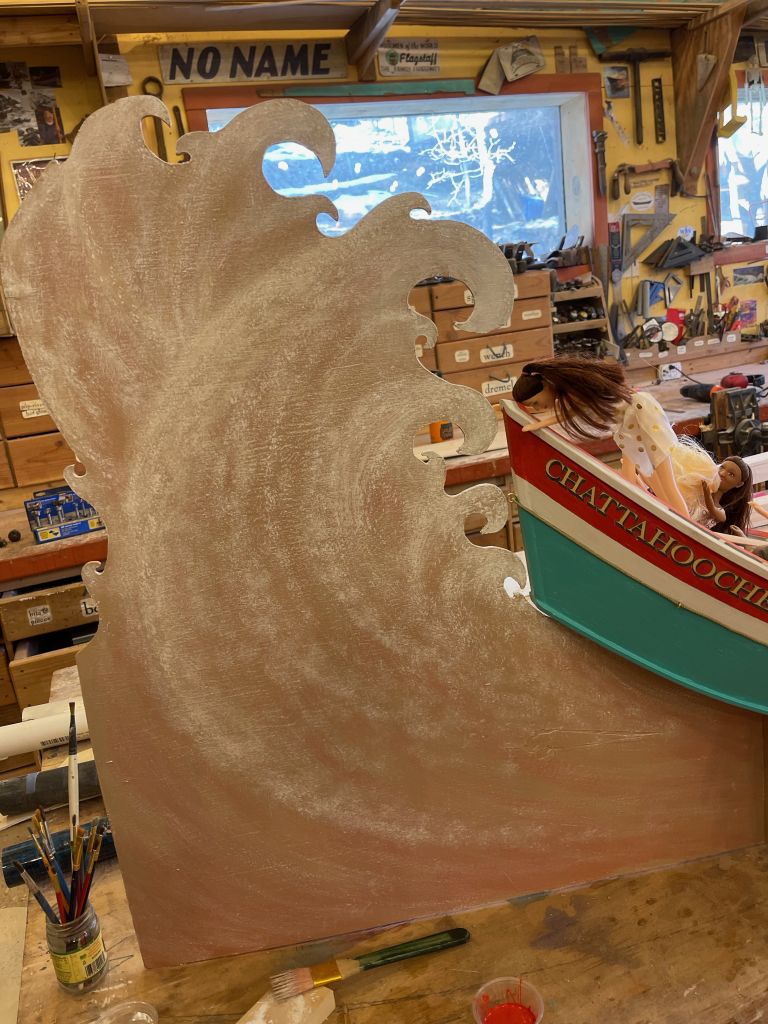 And a worthy crew. 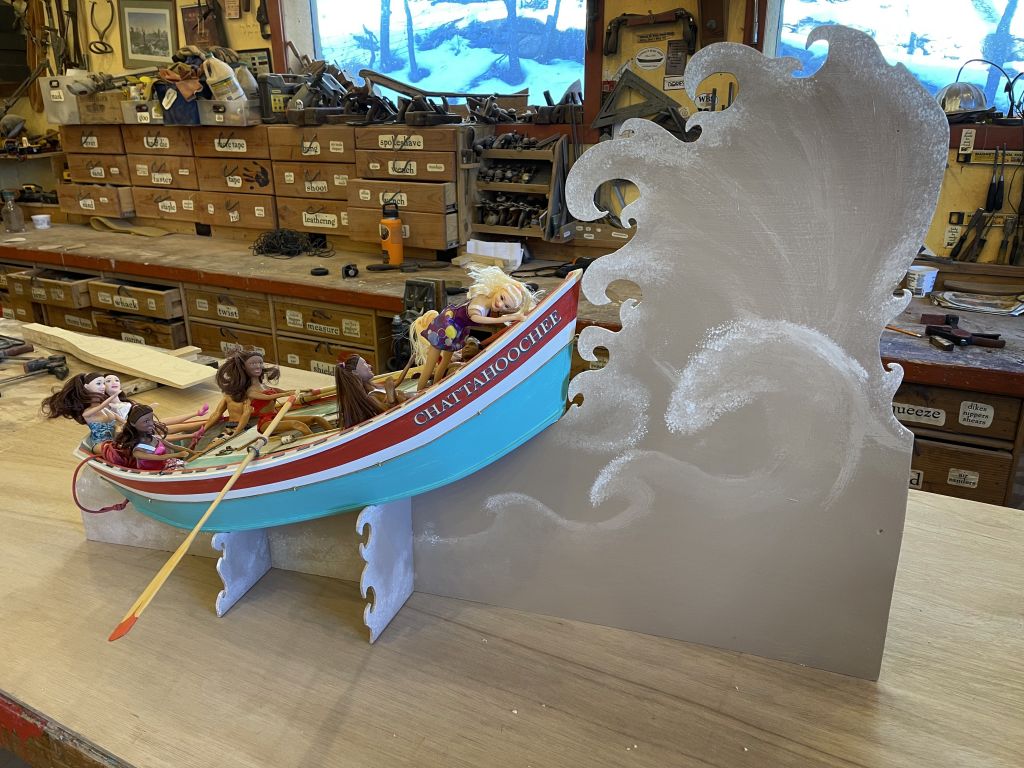 Bears Ears came in for a little leak therapy. 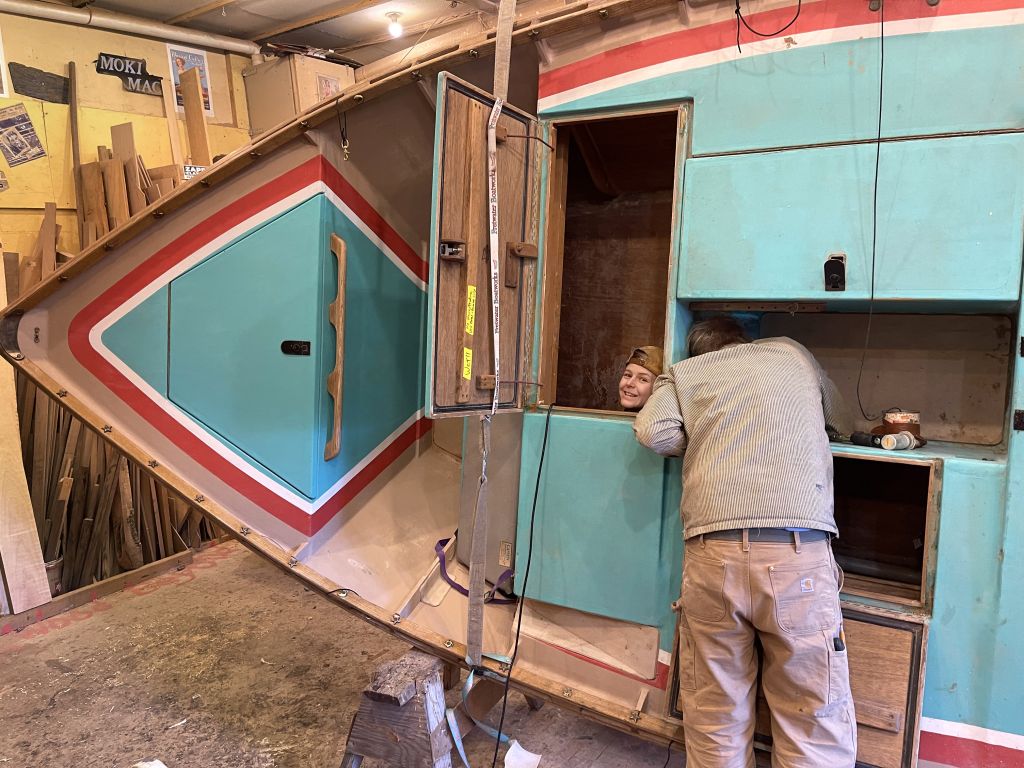 And SeaDek to match her siblings over at Canyon Explorations. 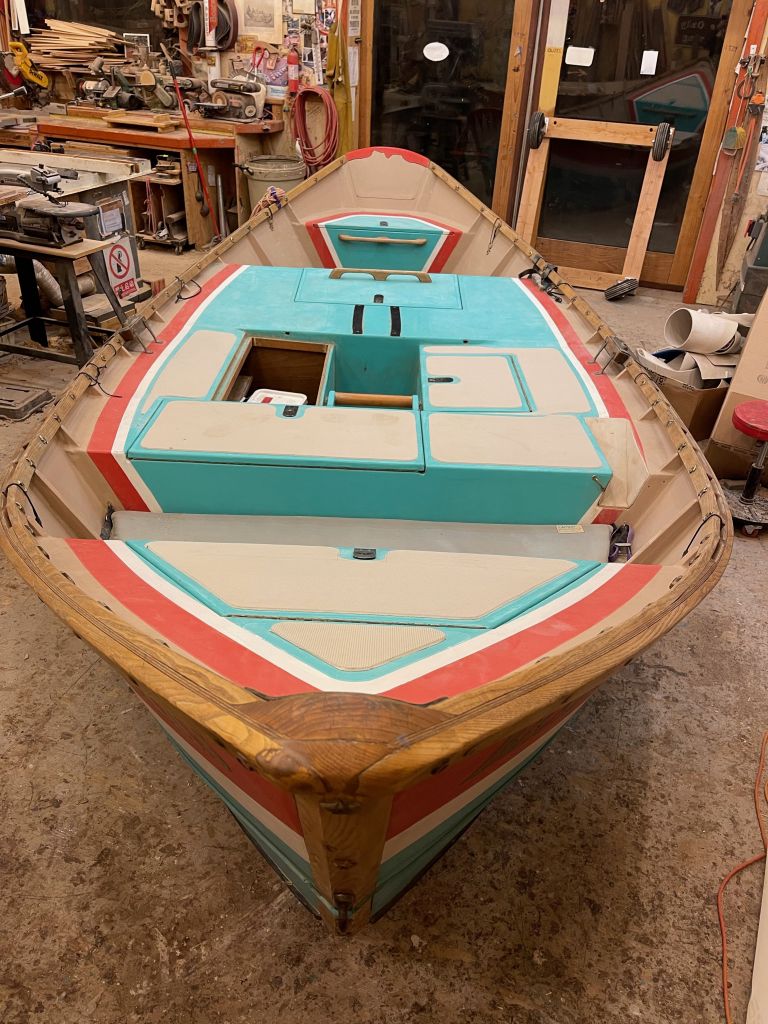 A pause for an OSHA approved ceiling repair. 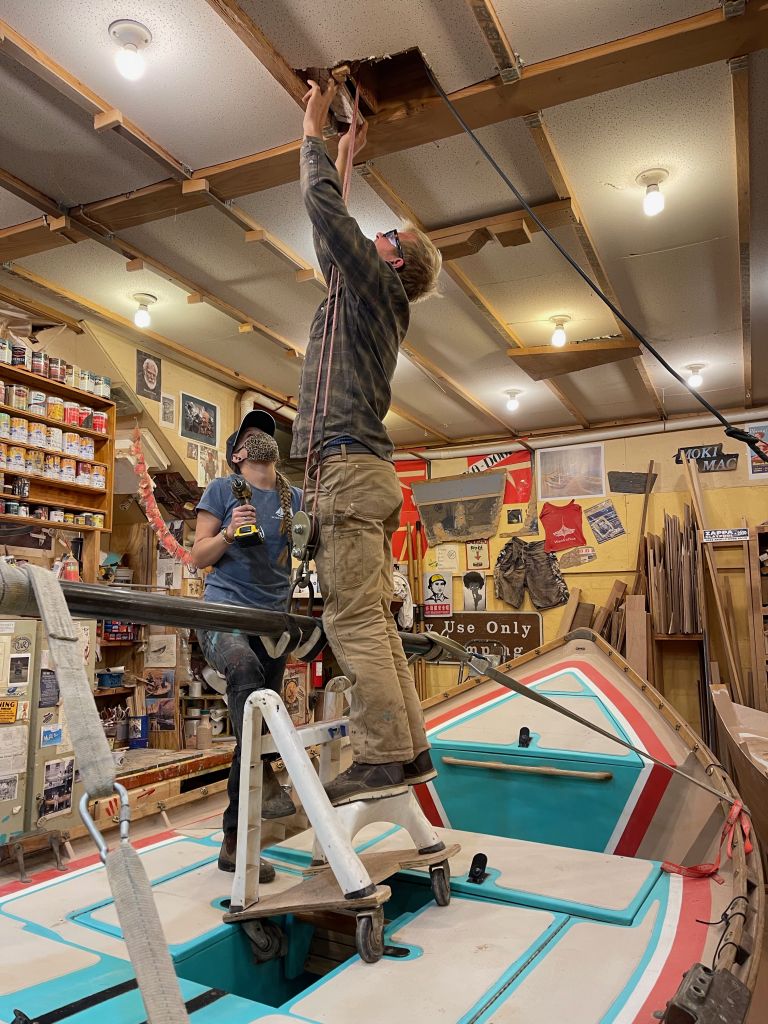 Splicing on a new oar tip for one that snapped off “in smooth water.” 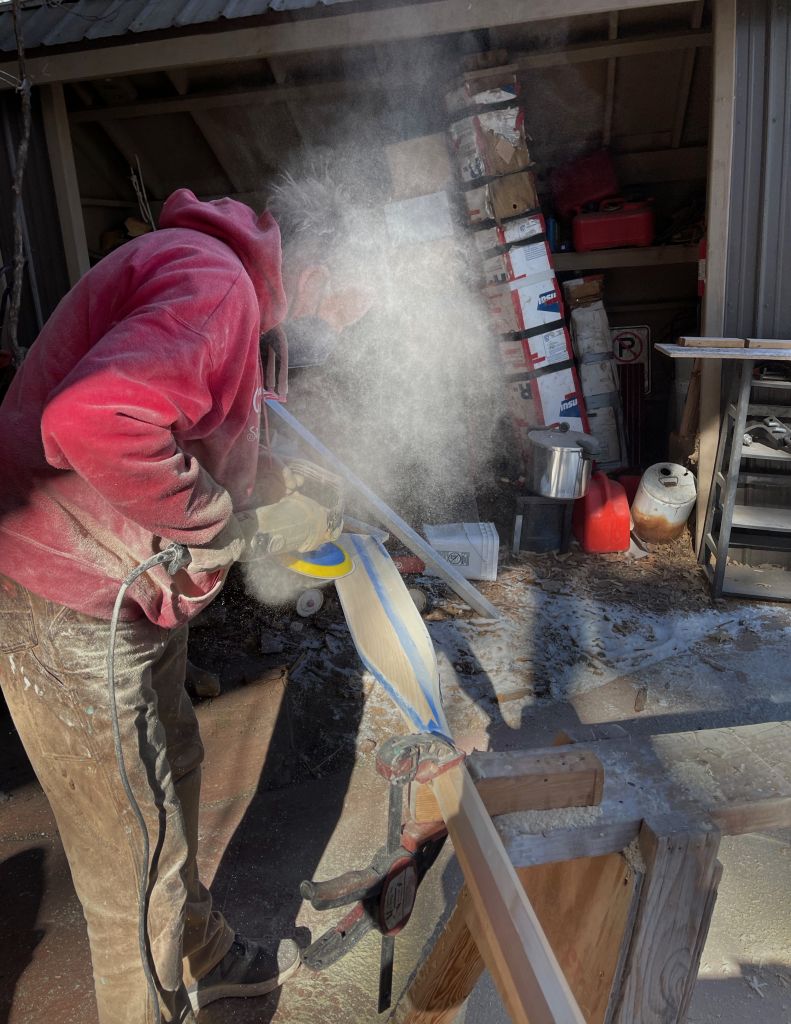 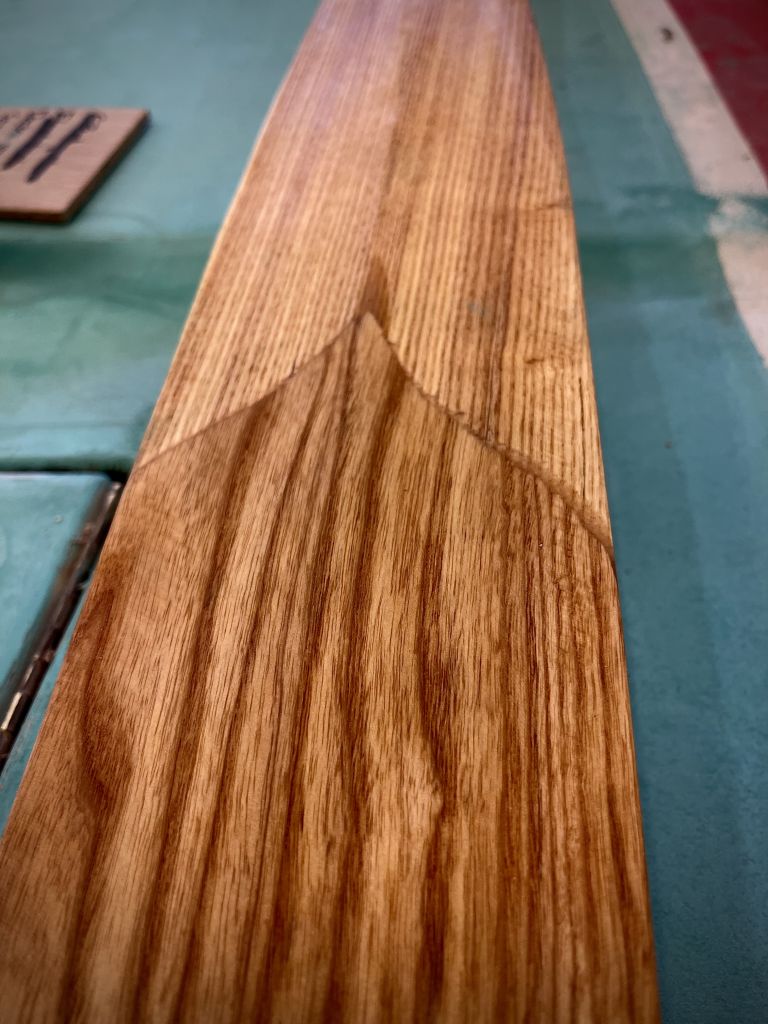 And on to the next project. Glade is scarfing all the side panels and floors for two Tandoris all at once. It helps to understand topographic maps. 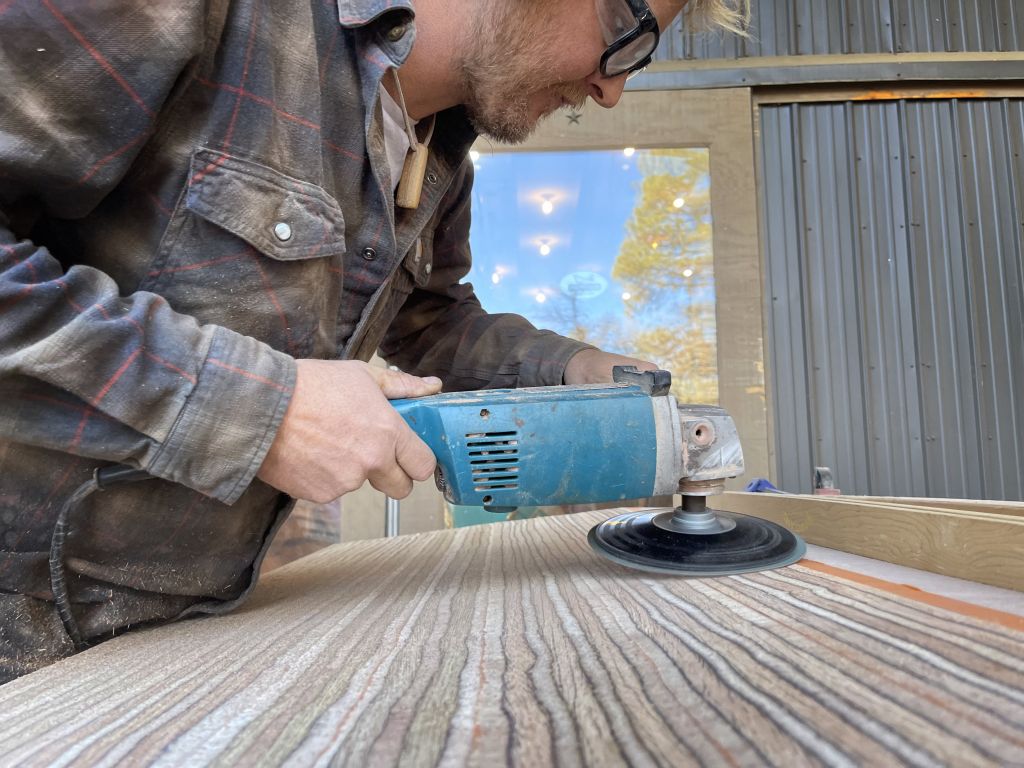 A bit of multitasking here. Bears Ears’s paint is drying, the floors and sides for the next boat are getting glued up, and Nico’s boat is awaiting decks. 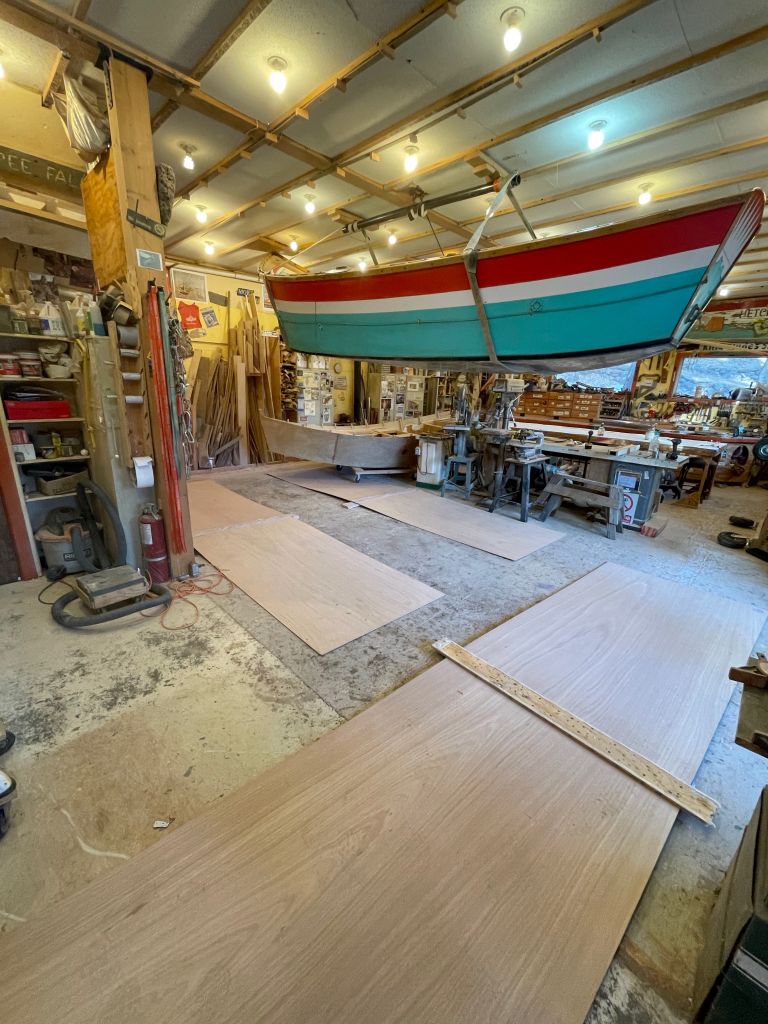 Nico started a Hindman 16-foot Double-ender a while back and got stuck. We are giving them a jumpstart. 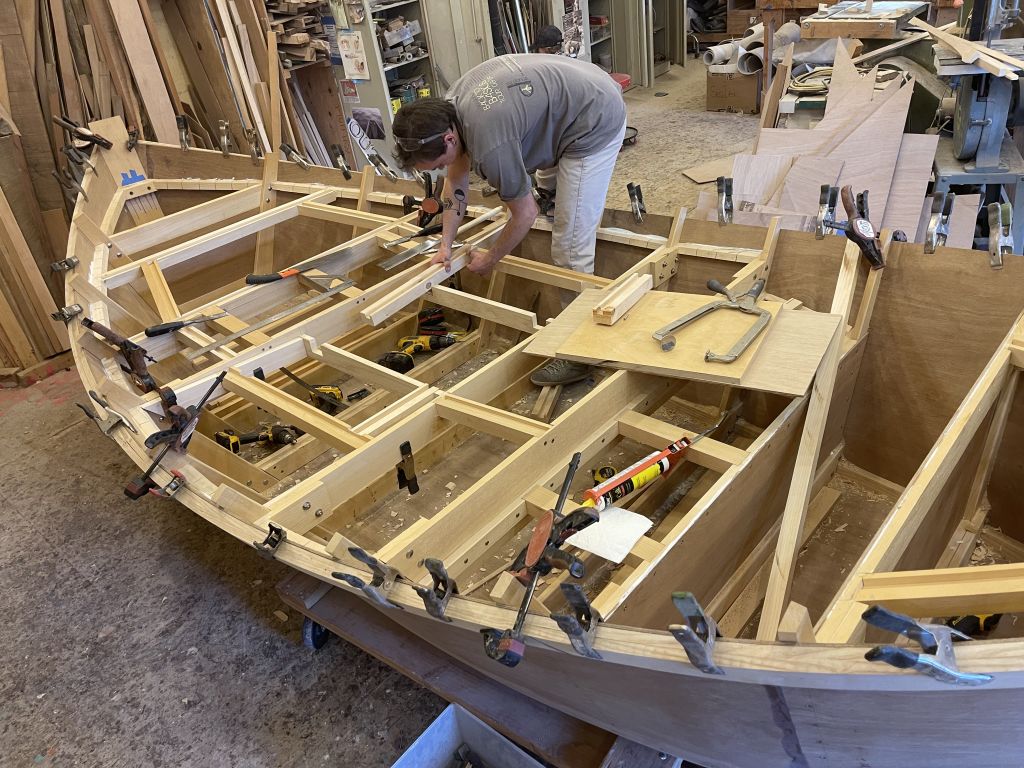 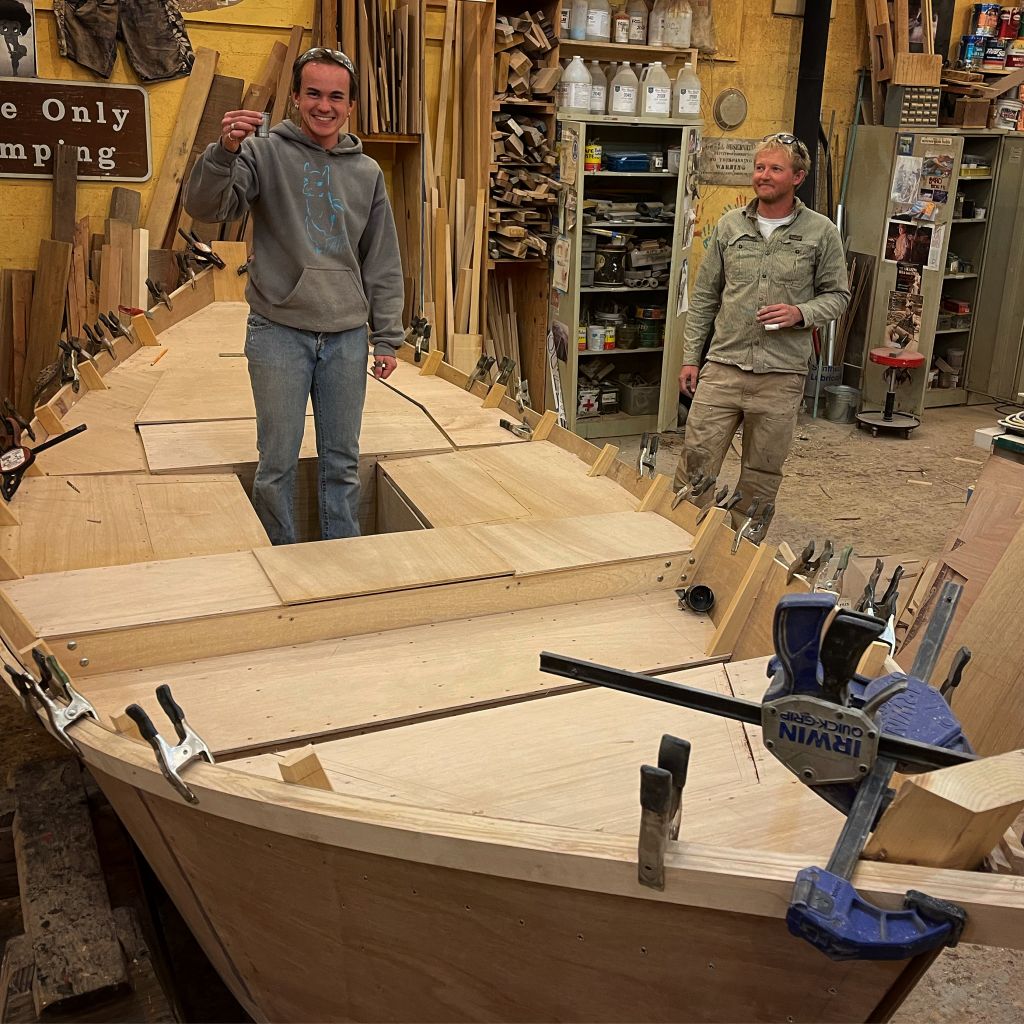 Decks and gunwales on, Nico soaking it all in. 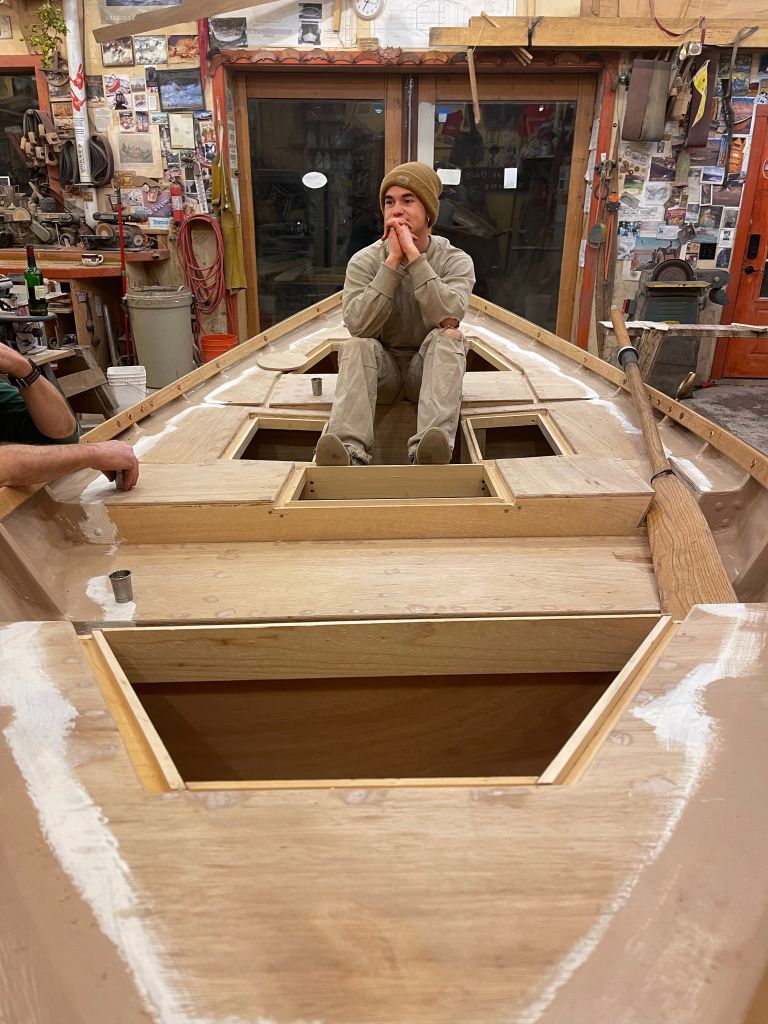 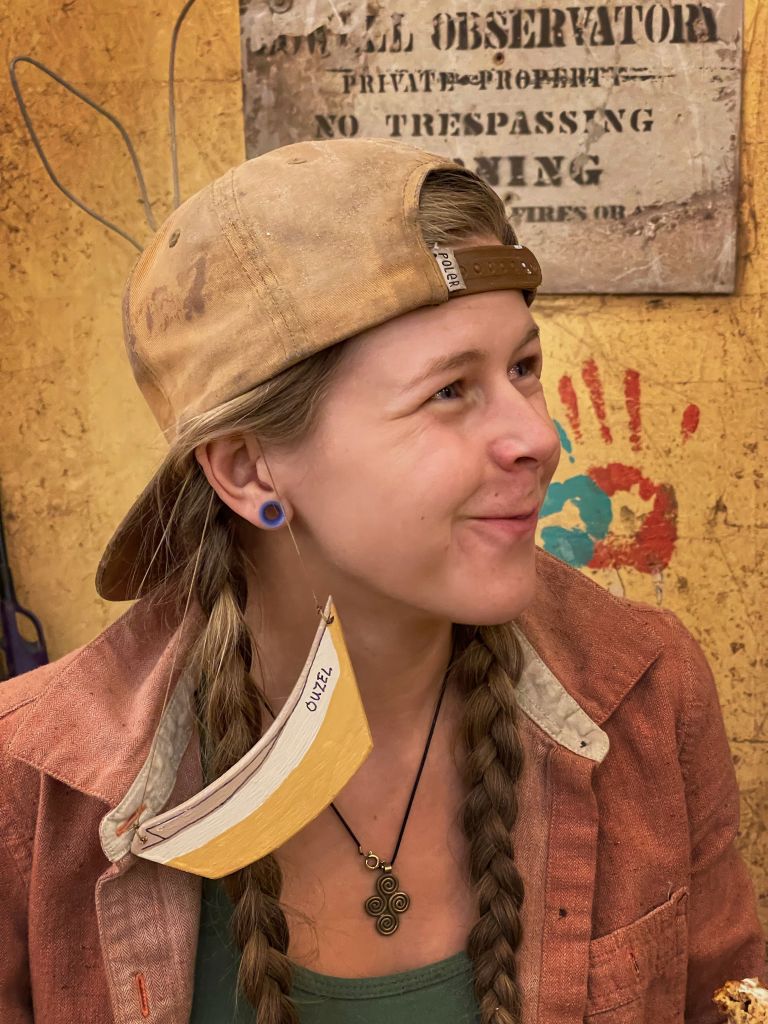