Back in the boatshop we turned things up to eleven. Bears Ears needed a fair amount of work before going to her new owner, but first she needed a good drying out. So up the ceiling with her while we did last details on the Doryak triplets. 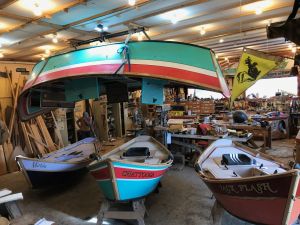 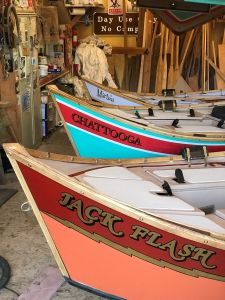 Joe came back and did another transom–the Martini got a martini. 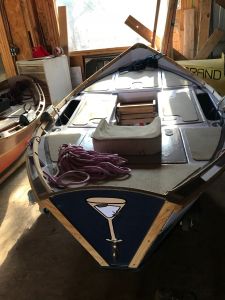 All the wee boats needed wee oars, so we had a few days of lovely planing. Such wonderful sounds and smells. 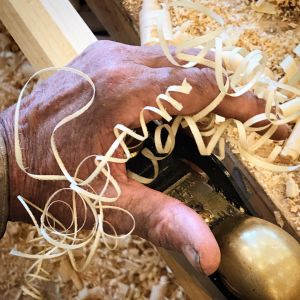 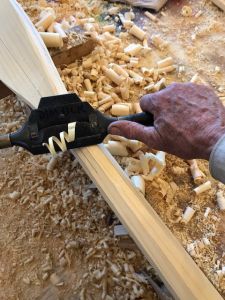 A giant new piece of leather for wraps. 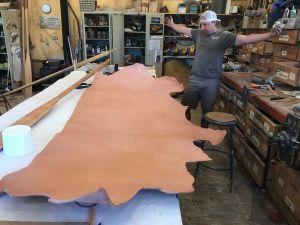 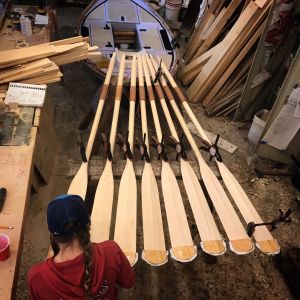 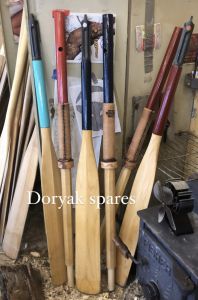 Time to christen the triplets, in the company of three older sisters. 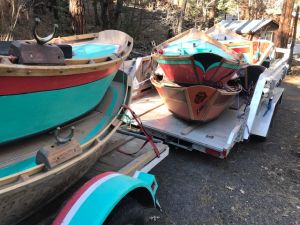 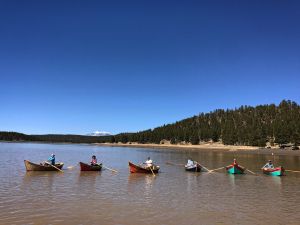 Then begin the farewells. Marcus is taking Chattooga to South Carolina. 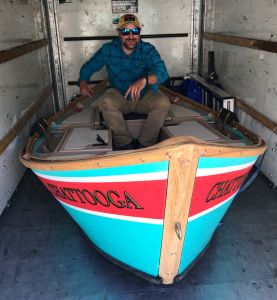 Martini is just heading across town. 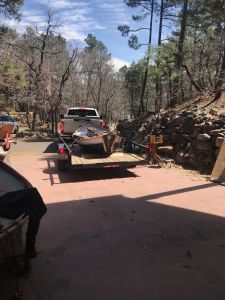 On to other things. Jeri needed her oarlocks wrapped. 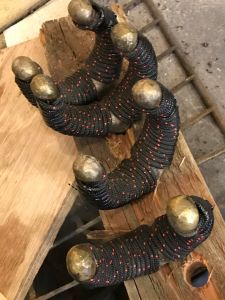 Hetch Hetchy has been drying out all winter, and was finally ready to get put back together. 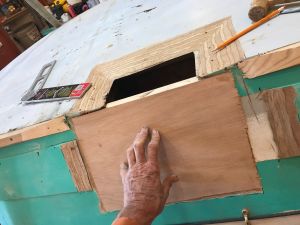 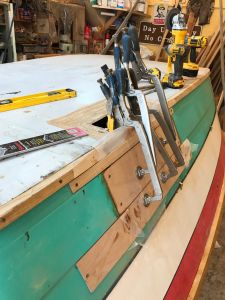 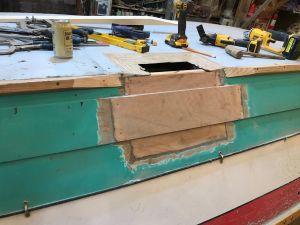 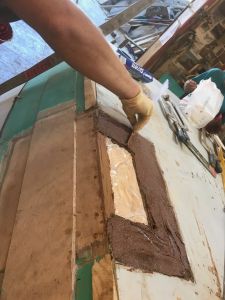 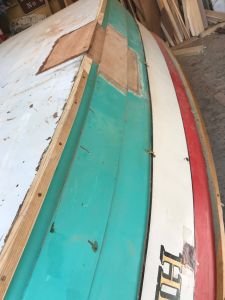 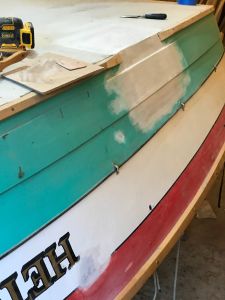 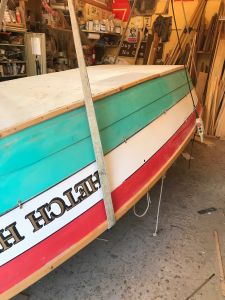 We’ve been talking for a while about making a two-person version of the Doryak. We expanded her to 10’6 and drew the hull up full size. We originally thought of putting the second person up front, but weren’t sure how that might work. So we made two cardboard people. And it turned out that there was just not room up front for a person that would not get bopped in the head with an oar. 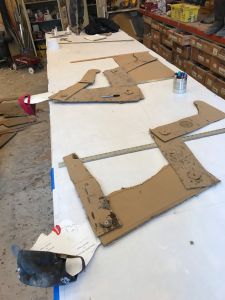 So we put the passenger in the back, which is the far more fun place to ride anyhow. Once we had the positions and measurements figured, Wesley punched it into his computer and we shot out a teeny tiny hull. 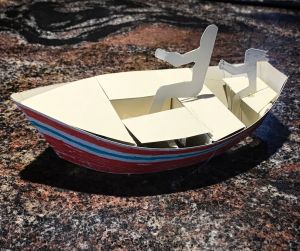 This is a giant step for Fretwater Boatworks–being able to create the side-panel without having to build a strongback. This will allow us to build all new boats in the faster free-form method. Here is a second iteration with the scaled decks dropped in. 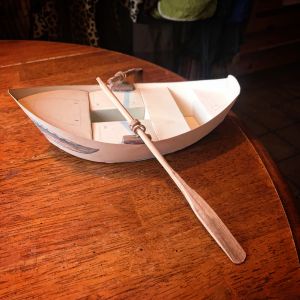 And here is a standard Briggs. We did this so we could see what the computer thinks a side-panel would look like compared what we have been using. I haven’t yet had the time to draw one up to compare full-size, but plan to very soon. 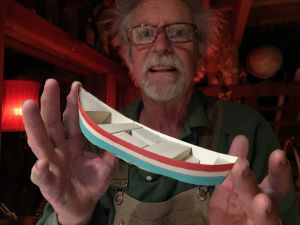 Kelly brought Seedskadee in for lettering, which Cricket painted on. The passengers ar psyched to have a name on the boat. 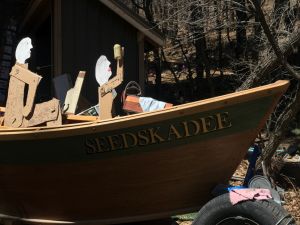 With the season drawing to a close, we had time to get out of the shop for a few afternoons. I went out to watch Dawn to her thing, shooting images on the rocks. 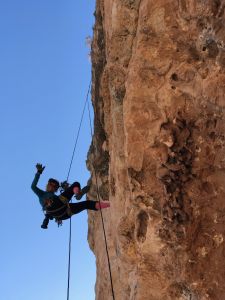 A walk up SP Crater. What a crazy place. 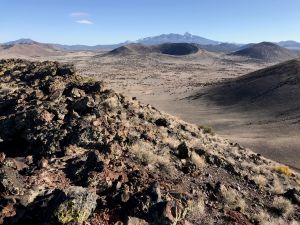 Strapworks is going to make some very cool straps for us. 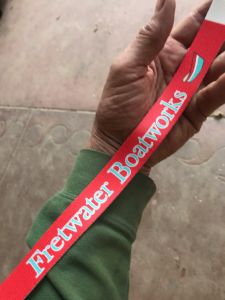 A Fretwater oar is the cover girl of the May issue of Arizona Highways. Photos by Dawn Kish and a story by me. 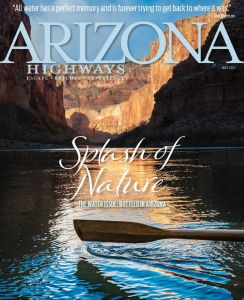 And that’s about it for the winter. We head downriver on Friday. Woot woot!