In my limited time back in town I was able to finish off the Bert Loper boat. With my favorite sign painter Vladimir out of town, I was left to replicate the old Loper inscription on the decks. Using an old photograph of the original, I PhotoShopped it out to straight and square, scaled it up to size, and printed it out on the giant printer at Kinkos. Then I scribbled soft pencil all over the backside of the paper to make it into its own carbon peer. 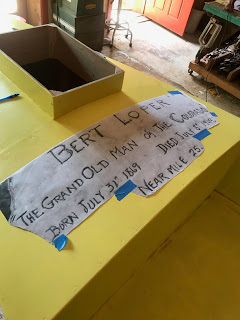 Once in place, I traced it through onto the hideous yellow decks. I sure wish old Bert had picked a nicer color. 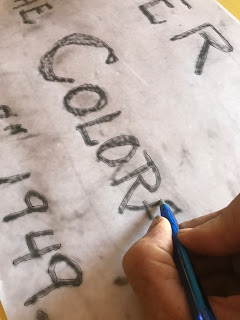 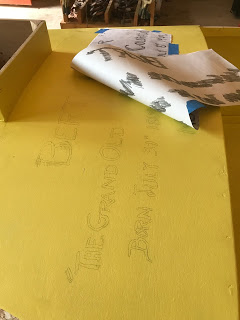 I also wish my hands were as steady as Vladimir’s. 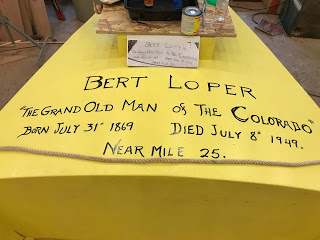 He did the GRAND CANYON placards earlier this summer. 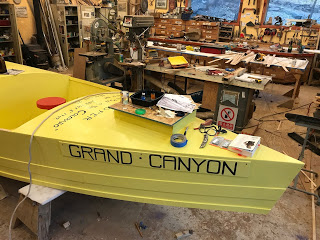 Pat came off river for a few days and we dialed in the hatch lids and a few other details. 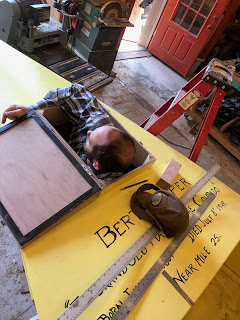 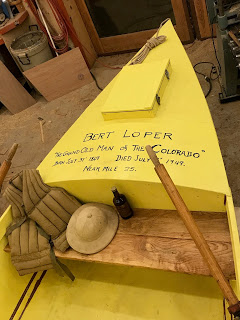 We took it out to the lake and by golly she floated. And Bert was right in his theory that arching the decks would make it easier to roll up. We were able to pull it upright from the lake without having to climb up on it. 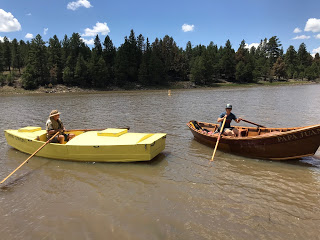 During the building process we realized not only that this year would be Bert Loper ‘s 150th birthday, but that I would be launching a river trip at Lees Ferry that very day, July 31. So we took the Grand Canyon up to the Ferry and tried her out on moving water. Bert had set the boat up with a broad stern and a motor hatch that doubled as a transom. Much like Oregon’s Rapid Robert, actually. And she motors like crazy. 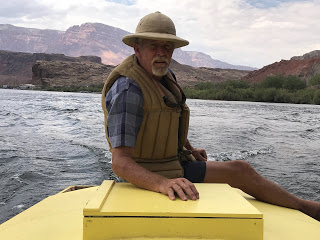 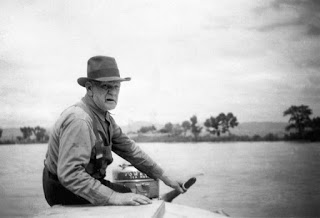 I baked Bert a cake. A lemon cake, to go with the yellow boat. 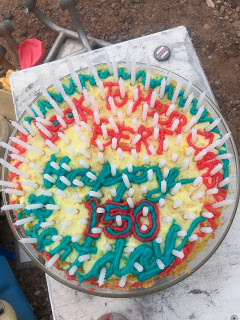 I lost a bet with myself that we couldn’t get all 150 candles lit. We did. It was kind of like the fire bombing of Dresden. It created its own weather. 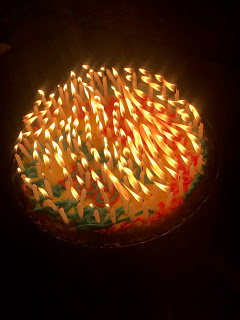 Well, after my river trip (in a dory) I dragged the Loper boat up to Ken Sleight’s place outside of Moab. Ken is a dear old friend, my boss in the late 1970s, the model for Ed Abbey’s Seldom Seen Slim, an ardent environmentalist, and all around wonderful human. Ever since he saw the wreck of Bert Loper’s boat in Grand Canyon in the 1950s, he’s been after the National Park Service to salvage and preserve it. Here it is when pulled ashore in 1949. 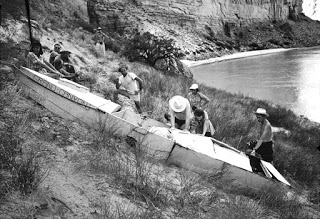 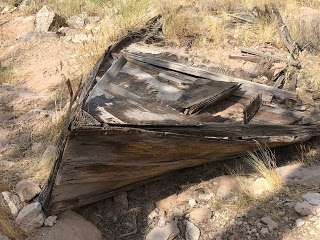 So of course it’s a bit late for salvaging now, so replicating it was the next best thing. And it was Ken’s 90th birthday. It was, I gotta say, a big hit. Here’s a shot with Ken in the boat, me behind him, and the brothers Quist: Bob, Richard, and Clair. 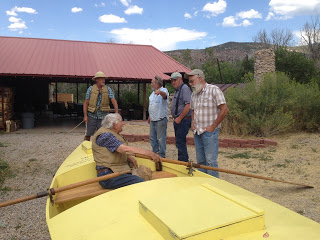 There’s another story, though. When the boat was found in 1949, Harry Aleson pulled out a bottle of whiskey and saved it for many years, to be consumed ceremoniously at some boatman’s gathering. Well, when Harry finally got married in Glen Canyon, they sent Ken upriver to Hite to get the Bishop. When Ken returned, he realized before he even landed that they’d drunk it without him. That was a lasting sting. 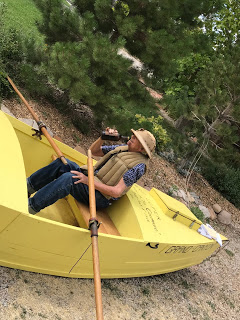 If I live to be 90, or even 150, I doubt I’ll ever get to be a part of giving someone two things they’ve been wanting that long. What a wonderful party that was.

The next day some of the younger generation and I went out boating. The old Loper boat is pretty fun to run. 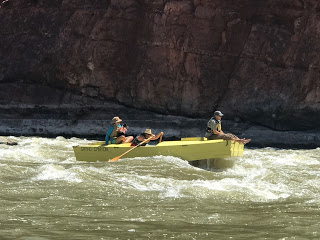 Mike Dehoff, my co-conspiritor on dory design, brought along the Chub, a 13’6″ dory we designed. Man is THAT thing fun. It can carry a huge load and three or four people, and handles like a Mazzeratti. He’s going to make more, so get in line if you need one. 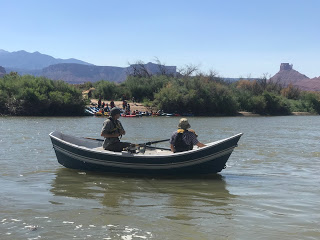 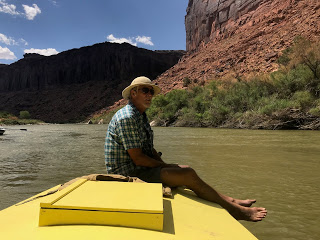