A gang of us dory geeks often head up into Glen Canyon for a few days before the annual Guides Training Seminar at Hatchland. Cricket and Justin join in with us this time, along with Andy, RJ, and Terri. A film crew is doing a wee documentary of Cricket and her aged mentor (me). So Brian Dierker chased us around a bit for the first few days, helping the film crew get the shots. 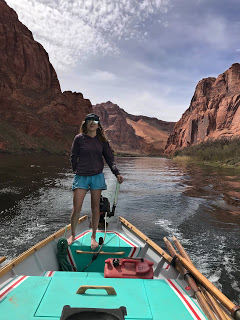 Something is impeding further upstream progress. 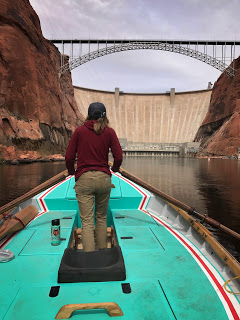 A taste of old Glen Canyon. 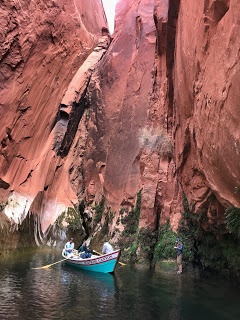 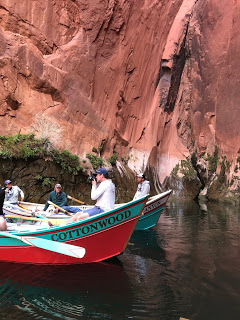 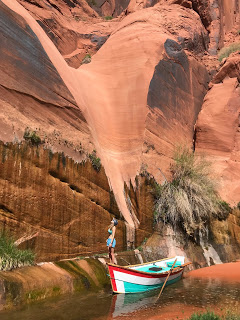 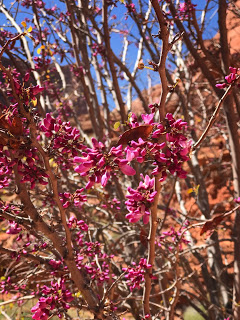 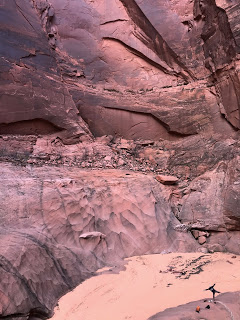 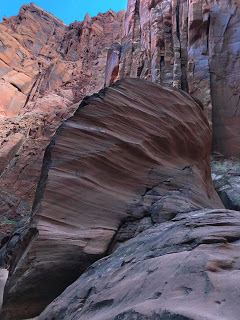 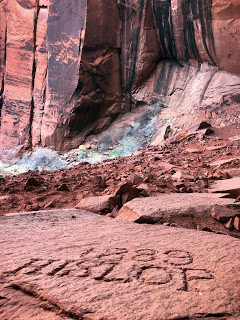 Brian finally took the film crew away and brought back Vladimir to paint the letters. It’s fitting that he do the honors, because his granddad used to run trips with Martin Litton when the Hetch Hetchy was a new boat. And what better place to put the name back on than Glen Canyon–two of the greatest environmental disasters of the 20th Century. 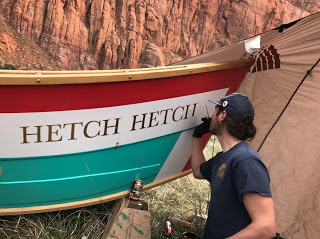 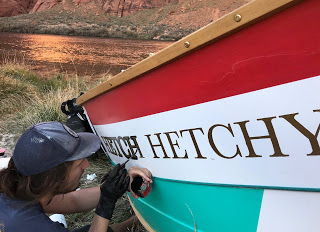 Cricket is studying under the master. 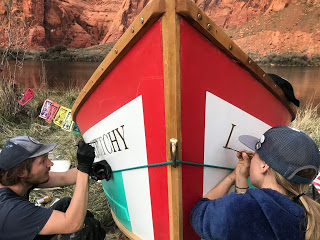 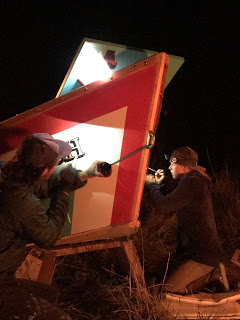 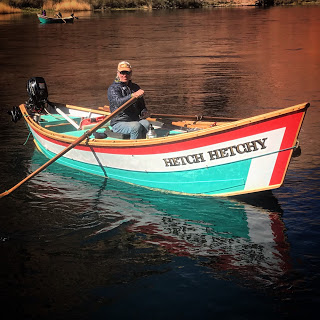