Bears Ears goes to a new owner tomorrow, but the sale was contingent on me getting to take her out for a couple runs. I just finished the second trip and I kind of fell in love with her. *sigh* I mean… I mean… She’s such a pretty thing to start with, but she handles really well and carries a heavy load with ease. Which is really nice because that’s what I designed her to do. And so nice to work out of. I may have to build a sister ship. 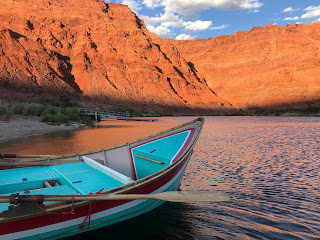 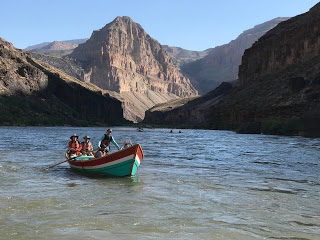 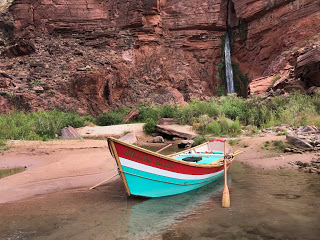 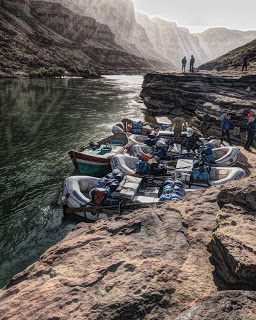 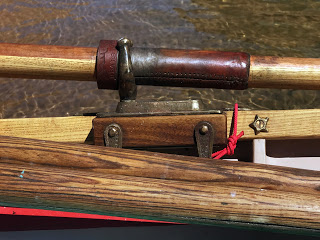 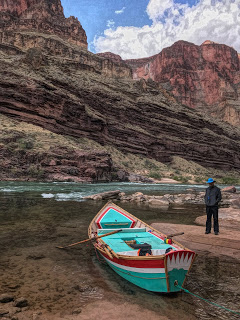 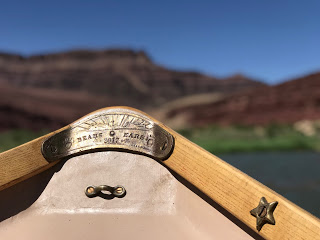 Just to see if I could, I accepted the challenge of carrying all 120 bottles of wine in my right side hatch. A few bottles tucked in under the boatman’s footwell. Then the hatch is filled and the shelves piled high. 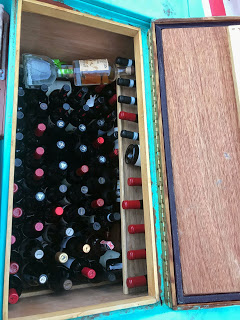 Then a layer of cardboard and the remaining bottles nested in on their sides. 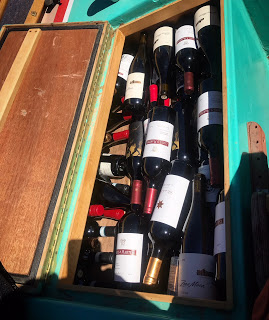 It threw the balance off for a while but after a few evenings of aggressive wine drinking she leveled out. And yes, we drank it all.

Here is a sad shot of Vasey’s Paradise–a normally gushing waterfall along the shore. This year it is down to a mere dribble–far lower than I have ever seen it. We need water. We need snowpack. 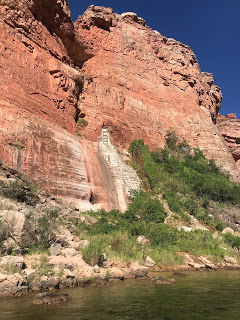 I think the twins will win the gold at the Olympic 2-woman crocodile paddling race. 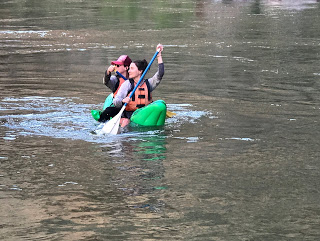 I ran into my barber at Stone Creek Falls in the middle of the night. Tequila, flashlight, and kitchen shears make for a fine hair salon. 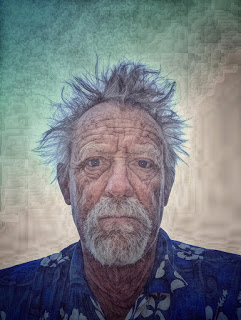 I think we interrupted the girls’ lunch party. 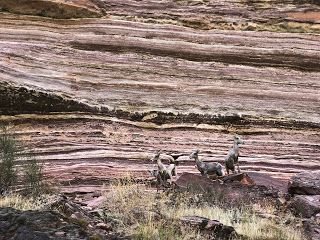 Such a beautiful place. 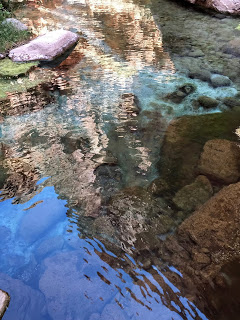 Passenger Michael Reidy was able to get some marvelous shots of Bears Ears and myself in Lava Falls. Woohoo! 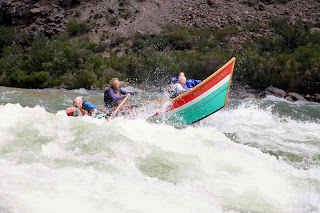 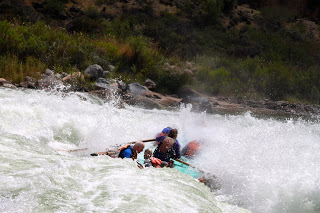 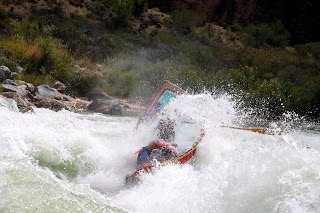 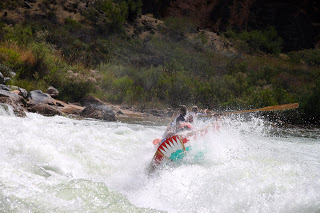