brdfrd2020-12-08T02:38:58+00:00February 10th, 2017|News|
As I was about to drive south for a few days, my friend and Oregon boat mentor Roger Fletcher stopped by. We first met over twenty years ago, built the Julius about five years later in his shop, and have conferred on the arcane eccentricities of drift boats ever since. It was a pleasure to show he and his wife Sue my digs. 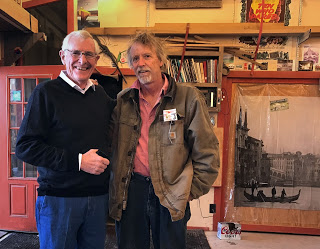 Then on down into the entirely different planet of Southern Arizona, where I was honored to speak about boats to an audience in Apache Junction. Does my hair look okay? 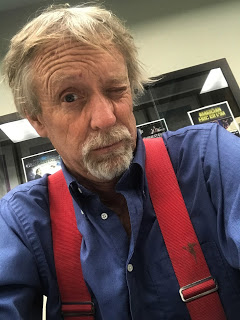 Look at all those people–the venue sold out and they had to shut the gates.  Almost seven hundred of them sat there and laughed at my lame jokes and stories. They’ll know better next time. 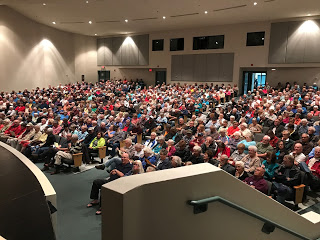 Then back to the shop to start the first of two oarmarking workshops. Five folks with big hunks of wood should end up with some pretty nice oars by Monday evening. First we designed the oars, made patterns, and laboriously drew them out. Next we rough-cut the big, expensive ash planks. 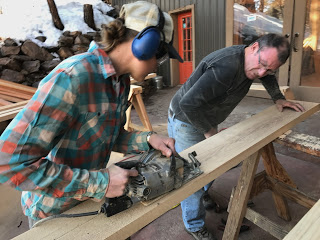 Then wesnuck up on the lines with Big Jim, my wicked nice band saw. 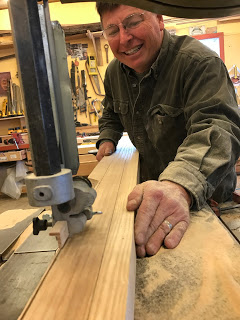 These guys are mining for a nice oar inside of a bludgeon. 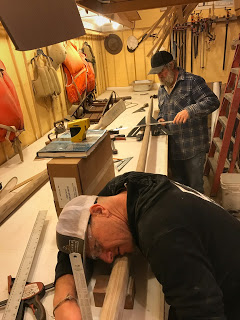 A new tool I found in Phoenix–a center-finding ruler. I wasn’t sure if it was a good thing, but I bought it anyhow. Turns out it actually is a good thing. 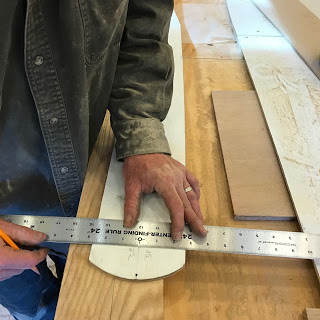 Betsy and Big Jim vs. the mighty plank. 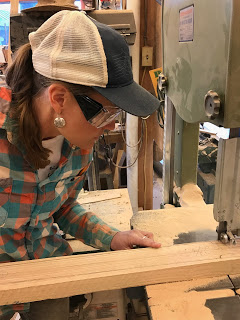 Pat and some big fat oar blanks. Tomorrow we start making them skinny. 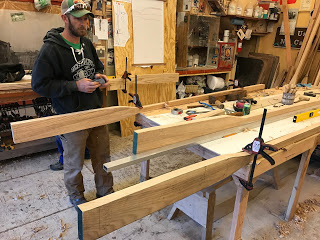 Meanwhile the big snows of a couple weeks ago are melting fast and the creek is running for the second time in less than a year, after a nearly ten year dry spell. 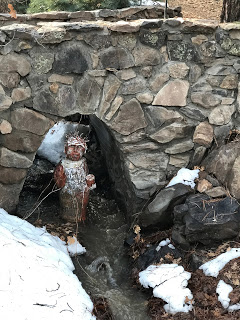