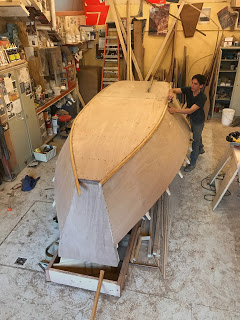 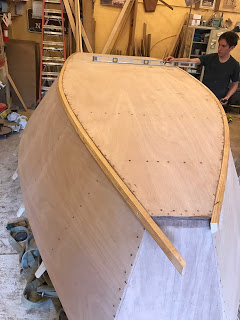 Disconnect the now useless strongback from the floor, flip the hull right-side up. 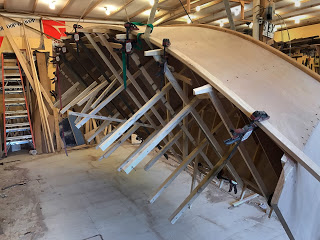 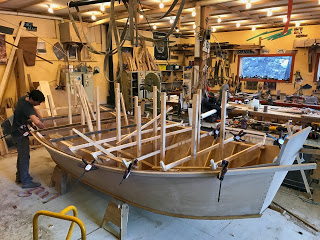 And now for the truly critical moment–determining the sheer line, defining exactly where the gunwales go to look and function best. To try to seek out what the eloquent nautical writer Peter Spectre called, “the heart-stopping elegance of the perfect sheer.”

As it turns out we have a lot of options here. We can go with the height of Andy Hutchinson’s hand-me-down pattern which has always worked well. We can use the pattern Roger Fletcher gave me, traced from Jerry Briggs’s original template. Or we could go with what our lofting, pulled from an original Briggs boat, says is correct.

Or we could hybridize the three. That’s what we did. We went with the two-out-of-three consensus approach for the central third of the boat. Then we let the gunwales wrap onto the boat in whatever way they felt best. “Listen to the wood,” as Roger and I learned to do back in 2001 building a recalcitrant replica of Buzz Holmstrom’s boat. 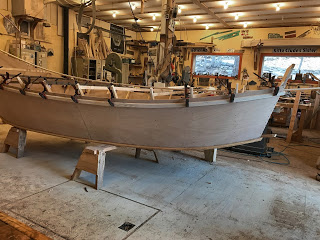 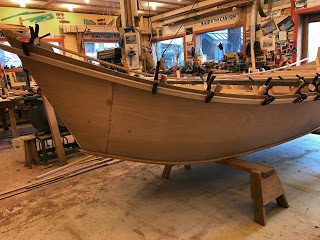 The gunwales thought about it for a bit and chose something close to the original Briggs pattern. So after staring at that for a bit we shrugged, drew it, cut identical panels for both sides, recorded the pattern so we can build the next boat free-form, and bolted on the gunwales. 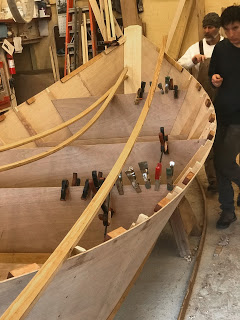 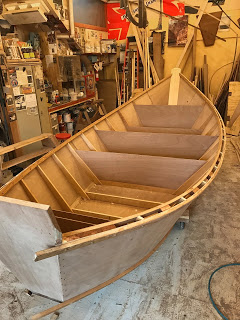 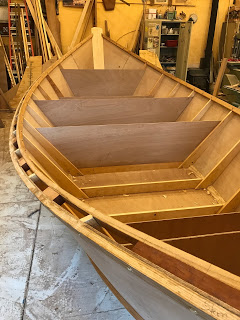 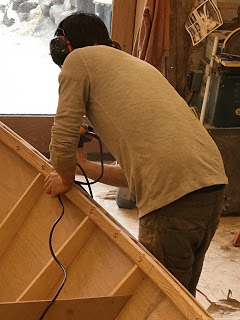 And there it is. Another in a long series of attempts to re-create the perfect Briggs boat. 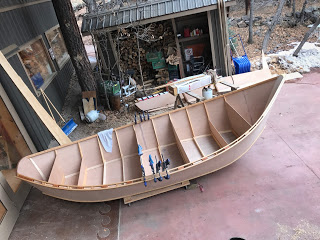 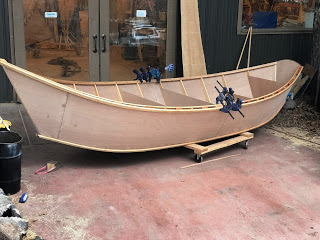 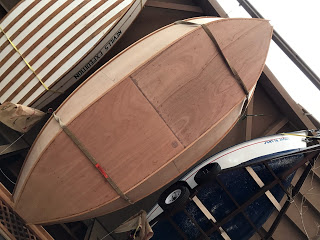 Meanwhile I am actualizing a concept I have been cooking up for a couple years–a collapsable yet stable sawhorse–something that doesn’t take up so damned much room. I think I got it. A bit heavy, but hell for stable. 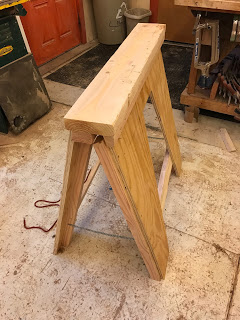 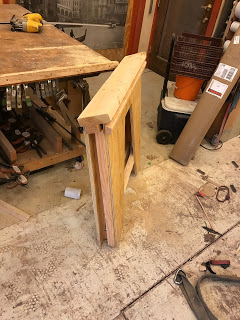 BJ brought back the Thunder River, all dried out, and we slammed on the bottom glass–24oz biaxial glass with mat, and a 6oz cover layer, all at once. Boom. 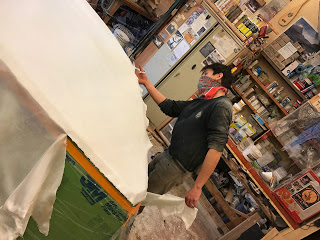 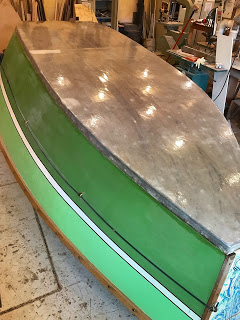 And this morning our eight-day Briggs boat course began. Eight southwestern men who should know better actually showed up and we were off to the races. We took the numbers we generated for the strongbacked Briggs last week and re-lofted them this morning. As always we found a few errors and made a couple small adjustments. The lofting looks really sweet. 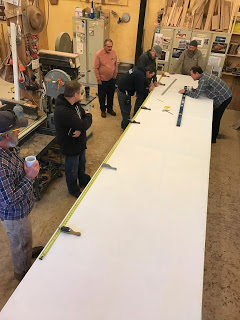 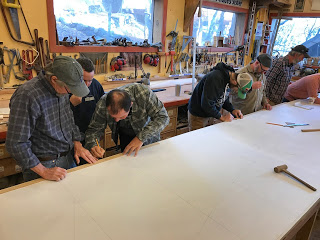 Then we made about a hundred dollar’s worth of Port Orford sawdust, which our friend Heather will take away and distill into essential oils. 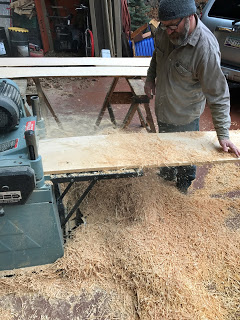 What remains is some beautiful Port Orford cedar planking, which we further cut down into ribs. 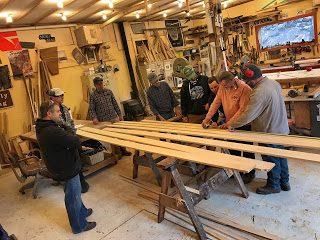 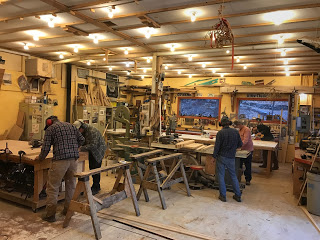 And cut on into the tapered, beveled side ribs. 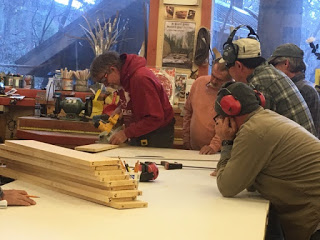 Meanwhile on the other side of the shop we planed and ground 8:1 tapers into five sheets of 1/4″ plywood for the side-panels. By six-o’clock we had one side panel glued up into a 20′ sheet, finished a round of beers, and called it a day.

A hell of a day at that. Really: introductions, orientation, full lofting, cut all ten sets of ribs, scarfed all side-panels and glued one up. And still had time for a one-hour pizza break, and time for me to confuse the hell out of everyone as I tried to explain (incorrectly at first) how to draw the transom and bow post and determine the proper rolling bevel angles.