I saved a picture during the night of the last election, which I hold as a small amulet of hope as the national political climate spirals wildly out of control. This is Coral Evans, our new progressive mayor, seeing her election results come in. And we have a progressive city council too. We done good.  Maybe I’ll just stay here in town for a few years. I think we may have to build a yuge wall around northern Arizona 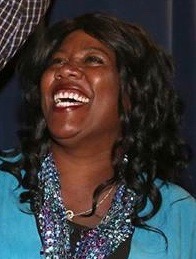 My old kitchen stove crapped out and I got lucky enough to stumble across a used industrial Viking range on Craigslist. Here’s an artsy shot of my first meal. This thing rocks. 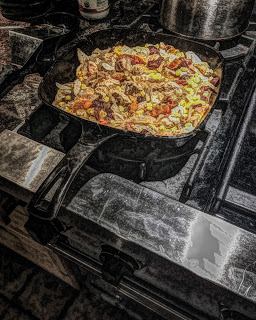 The guy selling the stove also had a giant air compressor for sale. Now it’s mine as well. My pneumatic tools are very excited about it. 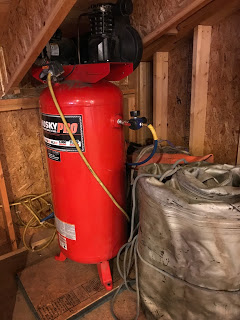 BJ stopped by to show us what happens when you get thrown on your oarlock in Lava Falls and you don’t have those bulgy-topped oarlocks that Fretwater Boatworks is casting. Yikers. As unlucky as that was, he was pretty lucky. A quick flight out, staples and stitches, and he was off touring Sicily with his mom a week later. 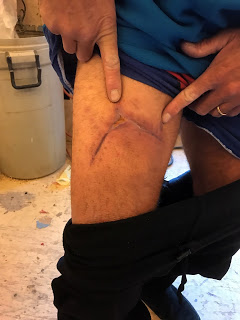 But I digress. Back to the boatshop. It’s finally time to make spars–the mast and boom for Stella. The Sitka Spruce that my friend Rob shipped down from Alaska is finally ready to turn to shavings. I got out my slick spar gauge that my friend Wick made, which allows us to draw perfect lines to transform a square boom into an octogon. 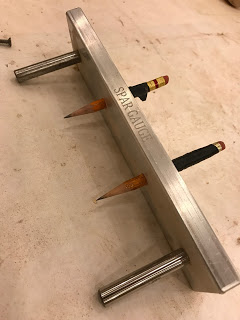 Here’s Janek using the drawknife to cut down near the lines the spar gauge drew. 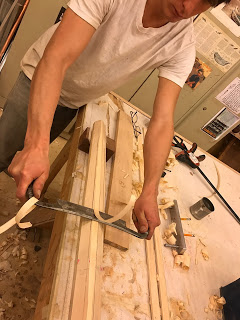 And then planing to the line: 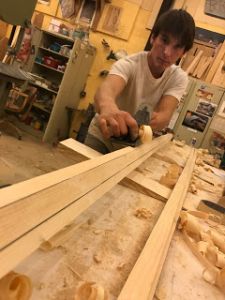 Once we got a perfect octagon, we dirtied up the boom so we could see where we were planing next, and turned the octagon into a sixteen-ogon. 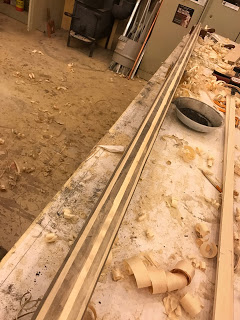 From there we went to a thirty-two-ogon, then sanded it round. Next we sanded it downing diminishing grits 40-60-80-100-120-180-and fin 220. Lastly a coat of LTV. Clamped up on the floor beside the boom is the 14′ mast, which will go through the same process shortly. Then all we have to do is find a rigger to figger the rig. 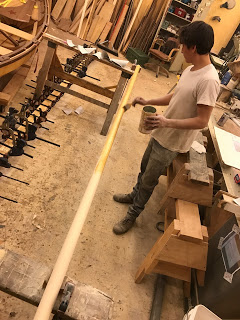 And off to Oak Creek for Thanksgiving with friends. Thanks. 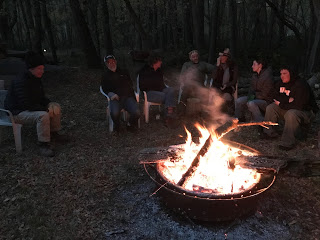