brdfrd2020-12-06T16:18:31+00:00October 7th, 2016|News|
A major North Rim fire in June devastated the ground cover above Saddle Canyon this year. Later, two monumental storms sent major floods down Saddle. The first flood blew out the giant chockstone just below the waterfall. The second flood brought in a vast amount of gravel. Here are a few shots after the first flood, and after the second. Laura and I are mimicking where the old chockstone lived. 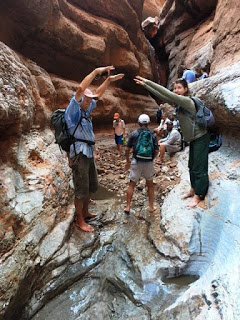 A month later, Dirk and Carp re-enacting the chockstone. 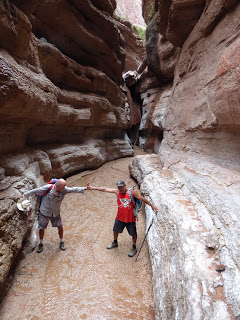 The views toward the falls. 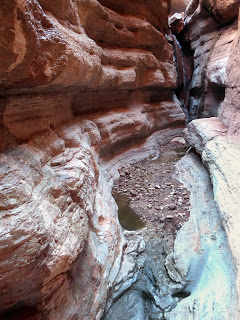 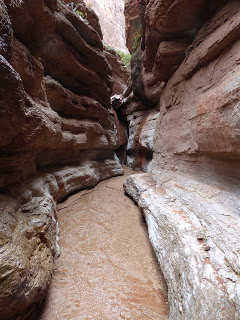 And looking downstream from the vicinity of the former chockstone. 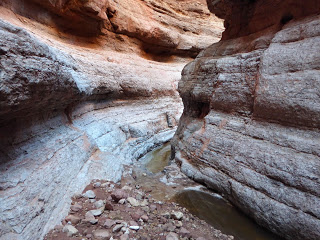 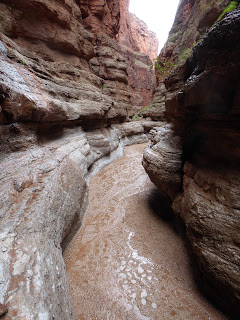 A big scour at Elves’sChasm left an Olympic swimming hole in the upper reaches. 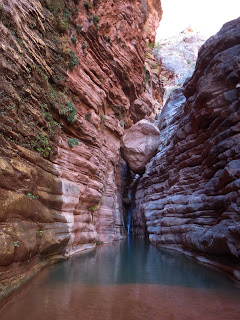 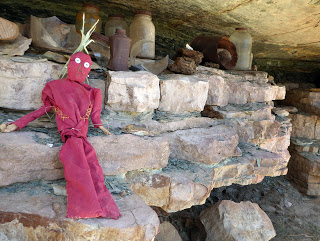 On August 10 a giant flood formed a new rapid at Granite Springs, mile 221, replacing an old riffle and backing water up halfway through the rapid at mile 219. This is looking up the drainage from the new delta. 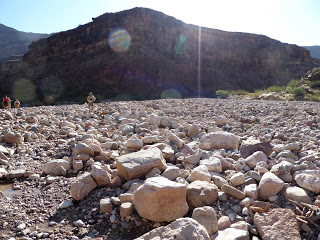 The rapid, as seen from the delta. 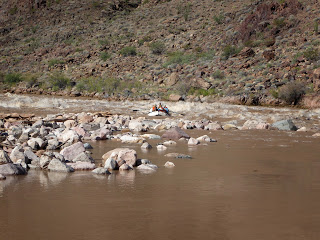 As seen from high on the right shore a month later. The deepest water run appears to be center-right to far right. But all the run-outs are a bit shallow for us wood boat guys. 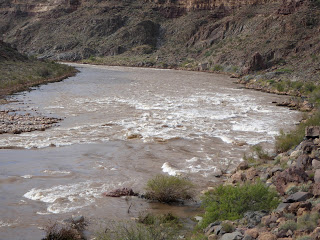 It is invigorating to see things change so radically after so many decades of same-same. Learning new routes and new runs in Grand Canyon is not something you expect.

But most things remain the same, although different light makes them appear all new. A smoky sunrise at Lee’s Ferry. 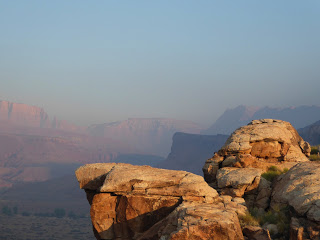 And a sweet post-storm sunset at Lee’s. 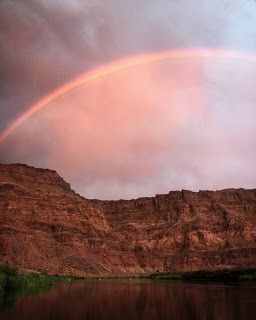 The love of my life, Cataract. 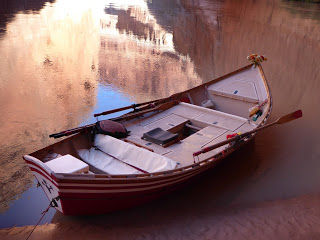 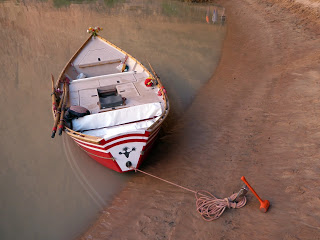 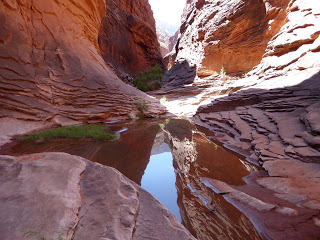 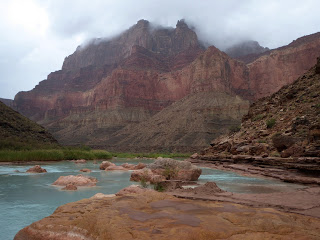 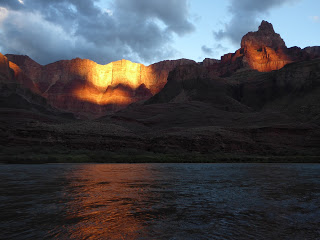 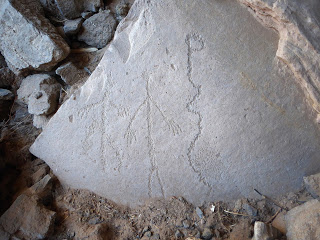 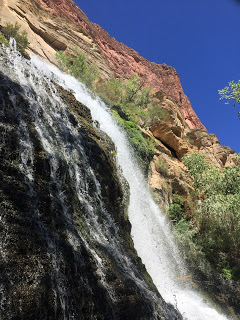 I made a pilgrimage to the North Rim in September to talk about (what else?) boats. It’s still pretty up there too. 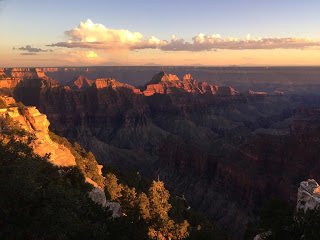 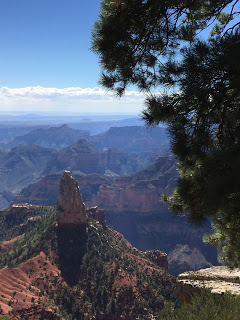 The high scout of Unkar Rapid. 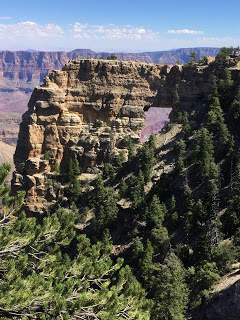 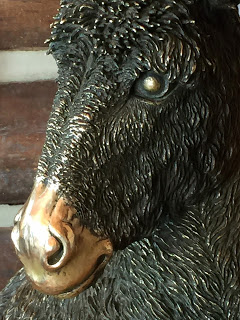