brdfrd2020-12-05T21:08:53+00:00April 18th, 2016|News|
Our afternoon tool workshop with Harry Bryan went extremely well, with about a dozen folks showing up to learn more about sharp things. Planes, chisels, spokeshaves, drawknives, slicks, scrapers, and saws. And, of course,  pencils. Harry can expound on any of these things for a good week and we had but four hours. And even though I have spent a week learning from Harry back in Maine, I still picked up a tremendous amount that had passed right on out the other ear in previous iterations. 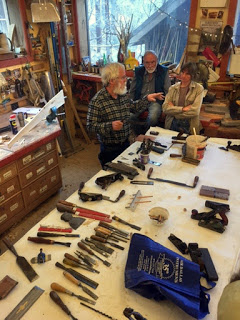 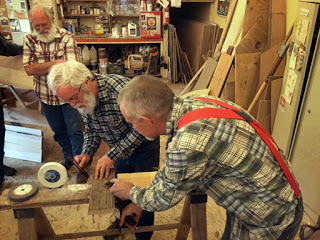 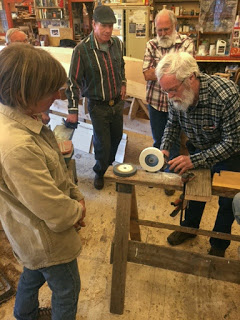 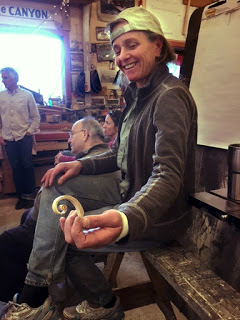 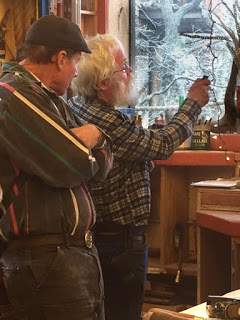 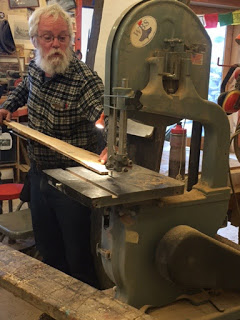 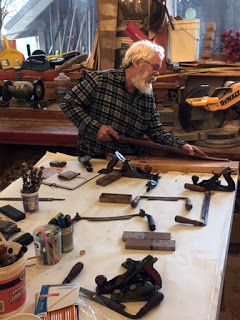 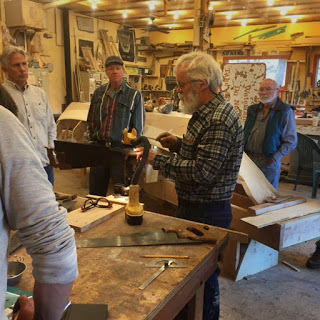 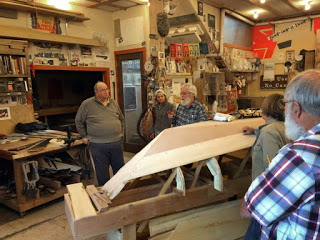 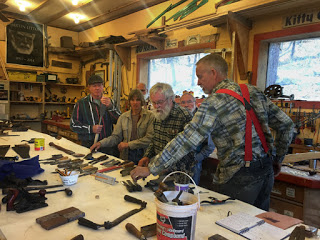 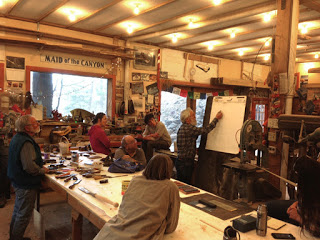 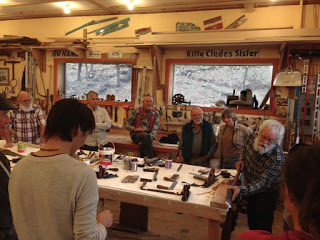 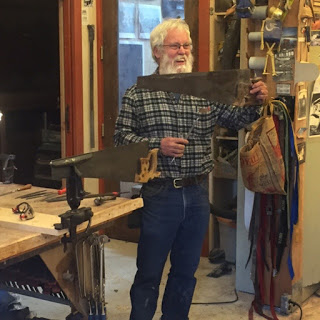 Harry and Martha stayed for dinner with their traveling companions, and I put them on the train later that night. What a delight and honor to have them here. (Thanks Lora, Heather, and Deanna for the pictures.)
My college roomie Larry stopped in for a few days with his sad open dory. It had some serious floor issues. A bit of rot, some wicked warping, and a major detachment issue. We got ‘er back together though and still had time to address one of the culprits in the boat’s sad state: an ill-fitting trailer. All’s well now, and I believe that boat will live a much longer, happier life. 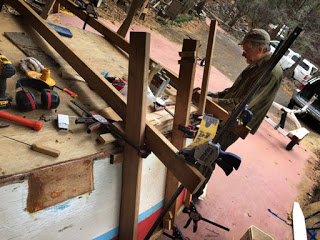 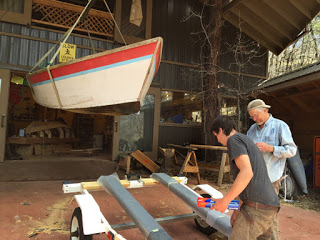 Janek and I finished making the last of about three dozen copper hats for the protruding beam ends on my house. They should have been protected a few decades ago, and have suffered badly as a result. Better late than never. I guess. 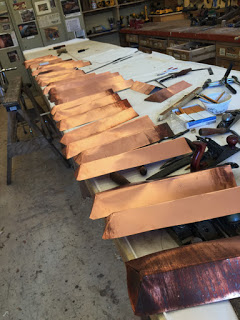 The big Swampscott dory is about half done, but we put the brakes on for a while in order to wait for her owner, John, to get off the river and be part of the construction. She’s a beauty. More on that later. Meanwhile, back to the drawing board, under the watchful eye of Martin Litton. 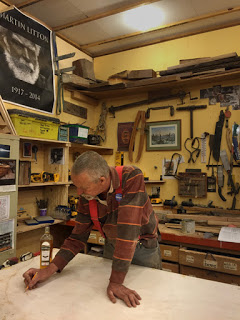