brdfrd2016-01-16T07:43:00+00:00January 16th, 2016|News|
The shop crew is getting a little too competent and making me struggle to keep a step ahead of things. Not that I’m complaining. We got the gunwales on before I got around to taking a picture of it happening. Justin and Janek are sighting in the final bolt holes. 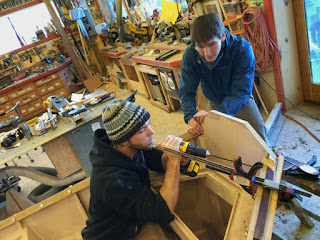 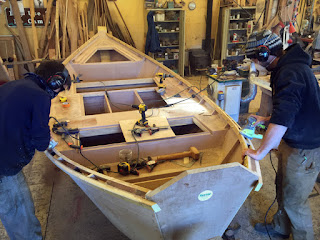 We had a few last bits to cast yesterday. 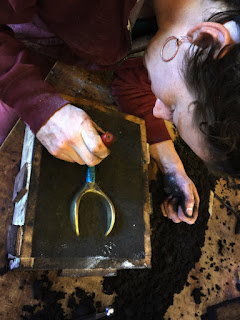 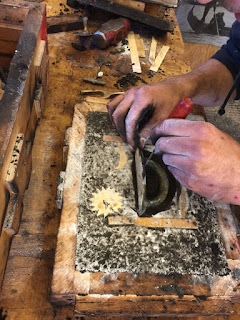 I finally did what I learned about at boat school–blunted the cutting edges of the drill bit to keep it from grabbing the bronze. It sure drills better. And makes cool feathery filings. We are willing out the oarlock holes in the top plate in the drill press to get them properly aligned. 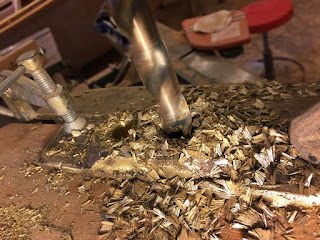 And then bolting them onto the boat for finishing off the oarlock holes. 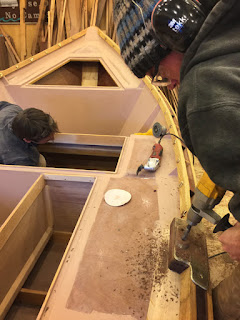 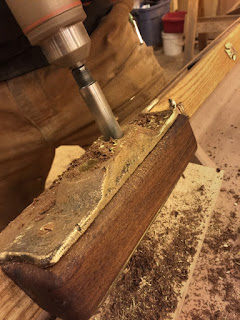 Here’s a tricky hole to drill. Four of them, actually. Trying to enter in the center of the angled oar block and come out the far side in the center of the outwale. We clamp an old dead level across the oarlock in such a position that it is exactly the same distance above the proposed entry and exit points of the drill. Then one of us sights the relative angles of the level and the drill bit until we think they are identical. Up a little. Up. Down a little. Shoot. It works pretty darned well. 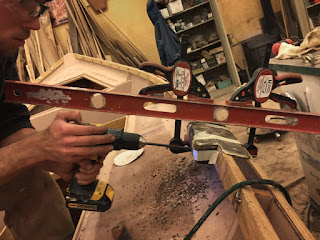 Janek drew the short straw–oiling the interior of the hatches. 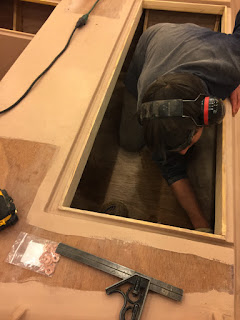 A storm blowing in on the ski hill this morning. Better get back to the shop. 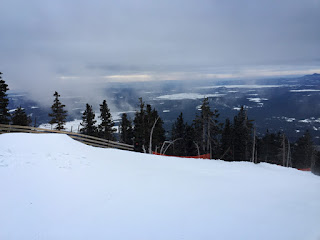 After a few altercations with the hatch lid rims and the five-minute epoxy, we got all six hatch lids shaped and assembled. 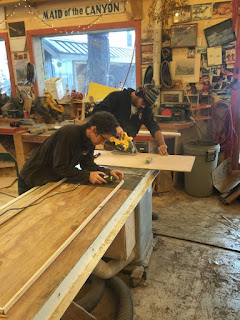 While the epoxy is kicking we cut in the high-level self-bailers in all three footwells. All the water over a foot deep will run out on its own by sheer gravity. The bottom foot or so will be pumped out automatically by the bilge pump. 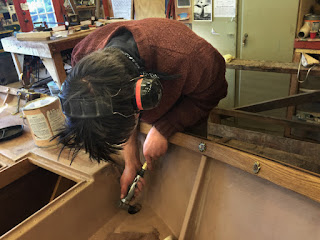 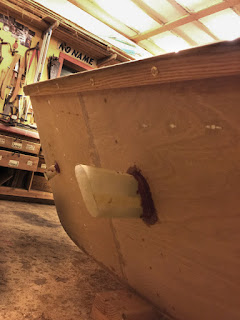 With epoxy kicking everywhere there was nothing to do this evening but put on another coat of Tequila Beach deck paint and roll her over by the fire to dry for the night. 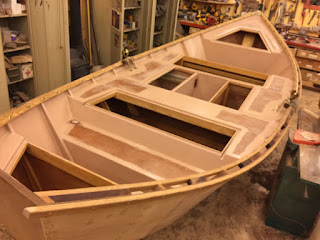