Bob has left the building

brdfrd2020-12-04T15:48:57+00:00December 28th, 2015|News|
More details yesterday. One of the final touches on Bob was the sliding foot brace. Here I am pushing heavy aluminum box tubing through my nice woodcutting carbide blade on the table saw. It seems so wrong. 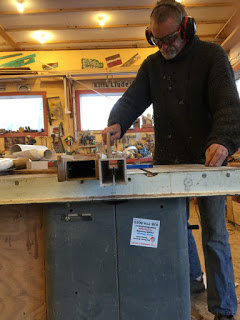 Meanwhile Zasha cut out the rest of the parts and glued up the sides of the footbrace. Since we have another Briggs boat coming up immediately–the Omo–we made two footbraces. 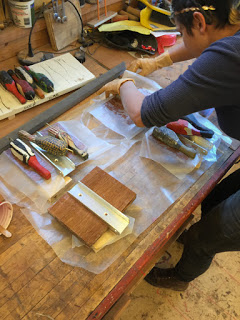 Janek worked on installing the slide rails while the epoxy dried. 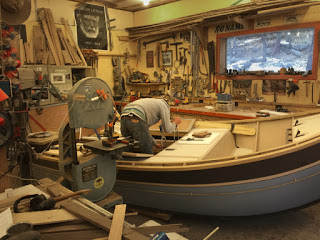 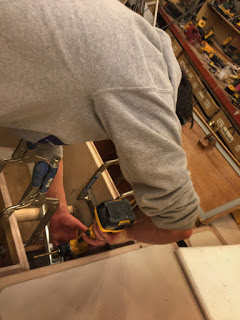 With no further chores for us to work on for Bob, Zasha and I began milling Port Orford Cedar for Omo‘s ribs. Oh, such a sweet, sweet smell. 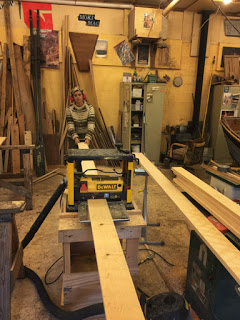 And at eight o’clock last night,  we pronounced Bob done. 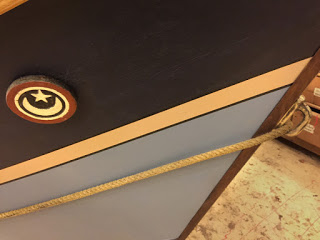 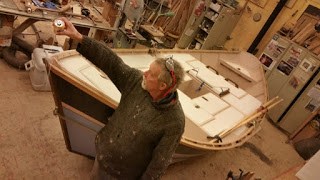 Even as Omo‘s first bits were curing. 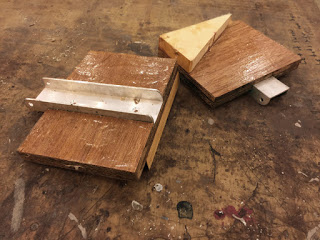 This morning Bob went outdoors for a few breaths of cold winter air, then up into the loft to await a warm enough day for a test float on the lake. Bruce will be gathering a few parts for the bilge pump system in the meantime, and a few trivial other details await arrival of parts.

With the shop now empty, Janek and I spent the rest of the day assembling Omo’s ten ribs. 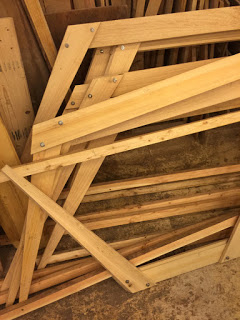 Since I have fully-proven plans for a standard Brigg’s such as Omo–we’ve built three boats off them since we captured the lines last fall–we will be building the boat free-form without a strong back. This will considerably speed up the process of forming the hull. The initial hull could come together pretty soon–might make a nice New Year’s Eve party?