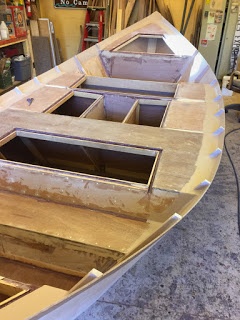 This morning I ground down the scarfs on the gunwales, then routed, sanded and oiled them, and began preparing to install them. 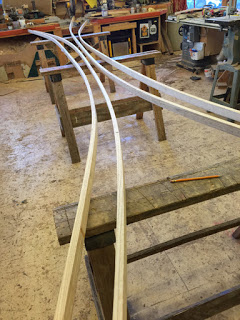 Janek took all the walnut blocking and installed it on the boat, while Justin notched out the ribs. 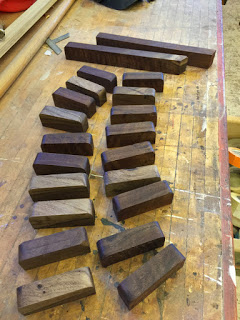 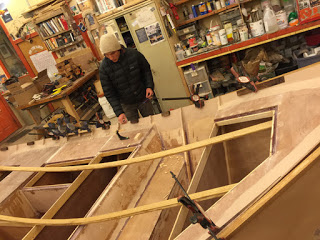 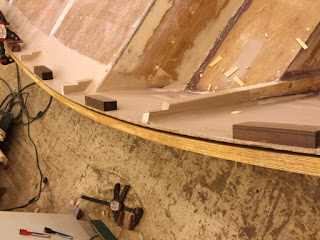 There is a sixteen-inch run between ribs five and six that gets one solid bit of walnut blocking to support the oar stands.  It is on a straight-ish part of the boat, but there is a slight quarter-inch deflection in the gunwales. Usually we put a straight piece of walnut in and let the gunwales fight it out with the walnut. But walnut–especially 1-1/8″ walnut–usually wins out over the flimsier ash gunwales and makes a barely perceptible flat spot in the gunwale line. Which pisses me off. I’ve tried to cut that curve into the walnut before with marginal success. So today I just got cranky and got out the steam-bender and bent the goddam things. I doubt anyone in the world will notice this wee bit of anal-compulsive elegance, but I will. 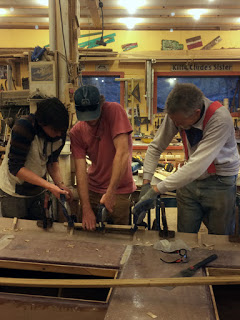 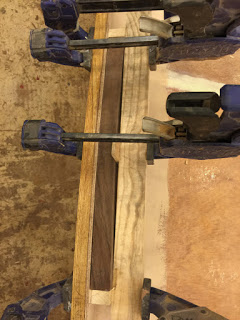 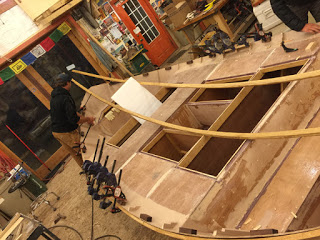 Tomorrow is exciting–the gunwales go on with their sixty bronze stars.