My fascination with oar-making got another infusion in New Zealand last fall. We made a short stop, on my way to build dories, at the Gull oar factory in Palmerston North. Gull oars are known for being are light, straight, and affordable–three things that are hard to find in a wood oar.  We met Bruce Woodfield (on the right) who runs the company and carved his first oar by hand back in 1967. At that time they were making ladders, cabinetry, and some small wood boats, and needed to make oars for the boats. Bruce soon began devising the machinery to make them en masse. 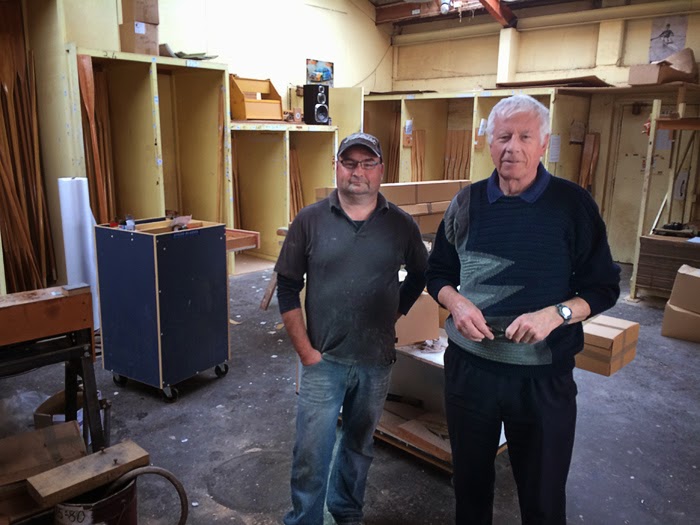 Peter (on the left), who has been running the machinery for about three decades, walked us through the factory. The first giant gizmo takes a piece of square stock and rounds in into a giant dowel. Really fast. 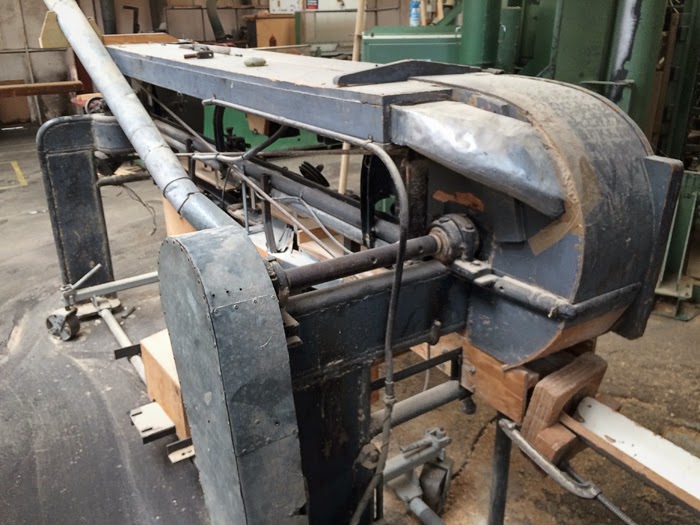 They have a wide array of cutters, so they can make just about any size shaft. Sadly (for me) this precludes the possibility of making tapered-shaft oars, which I have an addiction to. Luckily for Gull, this is not a universal malady among oarsmen. 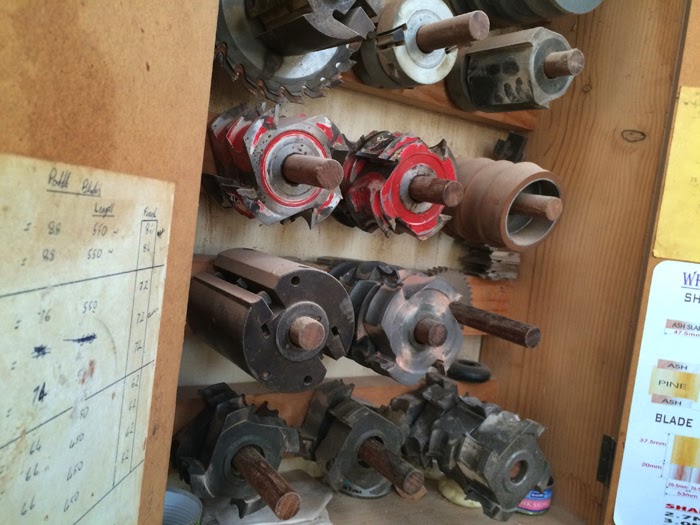 This gizmo makes the blades out of flat boards, onto which it cuts a perfect concave edge which fits perfectly against the dowel shaft. 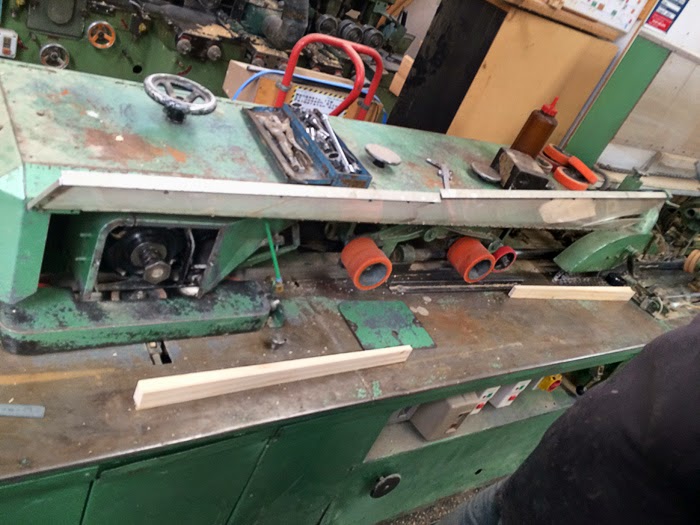 Next, this giant monster of a machine grabs the blade parts, glues them onto the shaft, clamps them, and zaps them with a radio frequency that instantly cooks the glue. 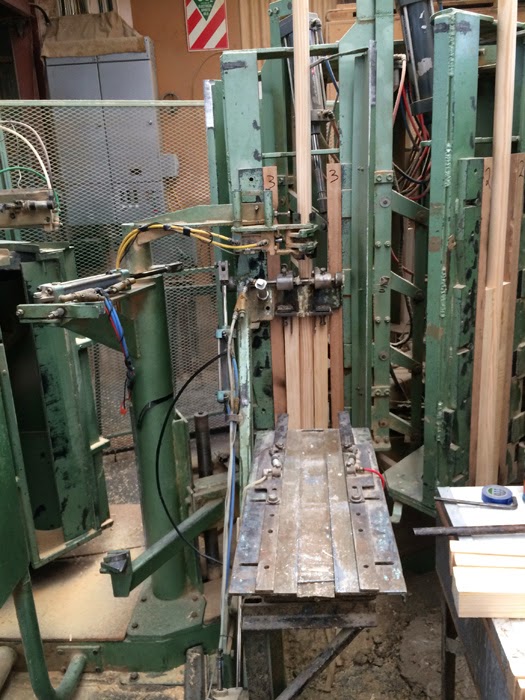 That gizmo then hands it off the the next gizmo that cuts the taper into the blades. 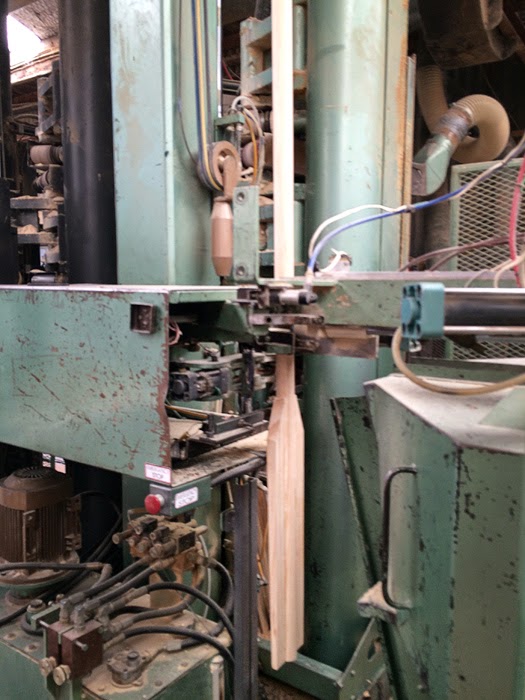 And drops it in the basket for Peter. It is a loud and very impressive process. 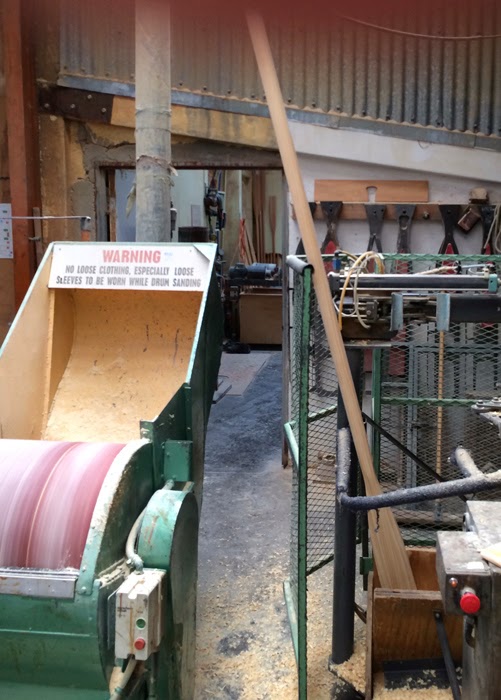 Finally the hand of man (Peter) takes it over to the giant drum sander and quickly smoothes the blade. 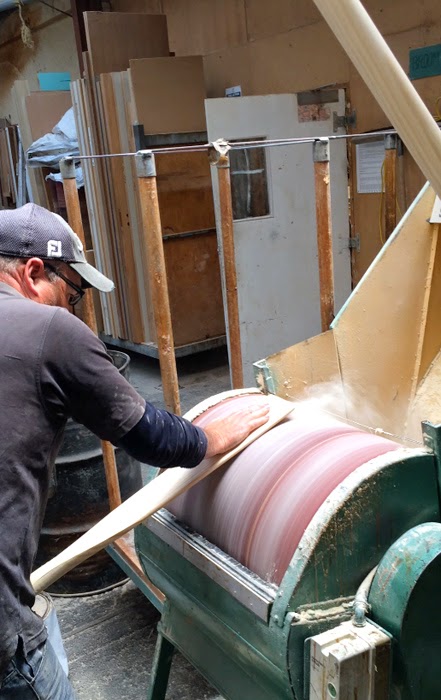 The oars are then dip-varnished and allowed to drip dry. 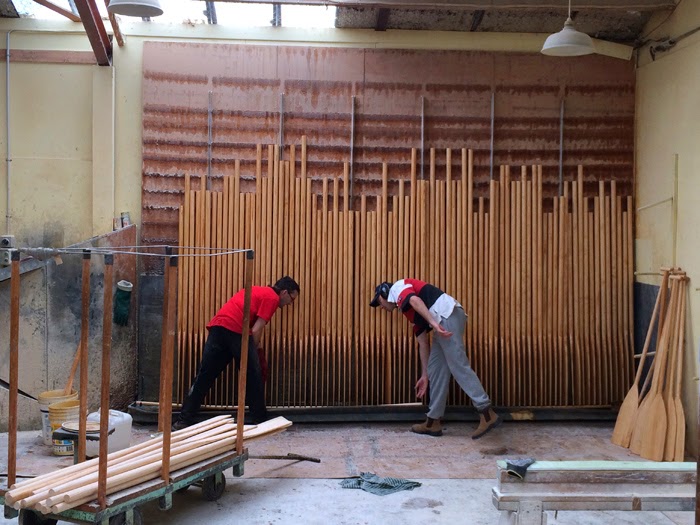 After which they are pushed into the handle-cutter. 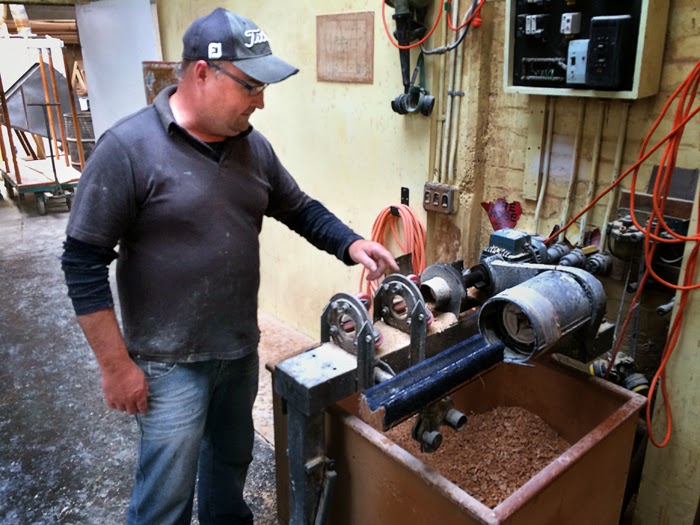 And there you have it. A really straight, light oar. Peter said that when everything is running properly, he can produce 600-700 oars a day. Which makes them affordable. That’s even better than my shop. 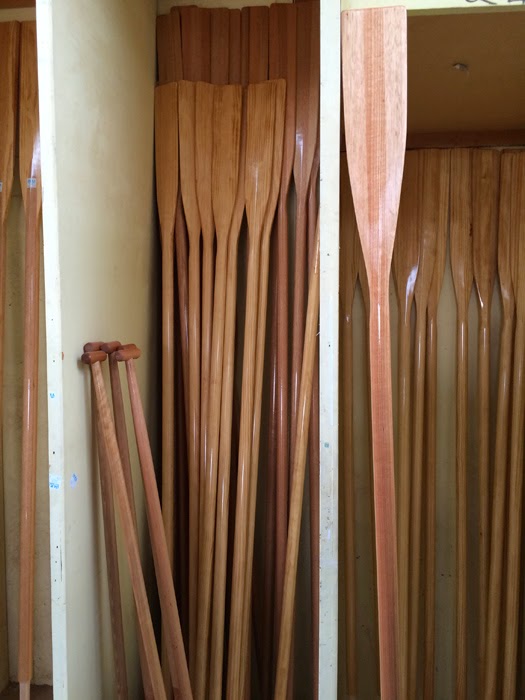