We finished up the second of the twin Rapid Roberts on our next day of work. Alan, Lora and I did the gunwale bolts first thing in the morning. Then I worked on trim pieces while Alan routed sanded and oiled her down. And out the door she goes, down the street to Alan’s house for paint and interior fittings. 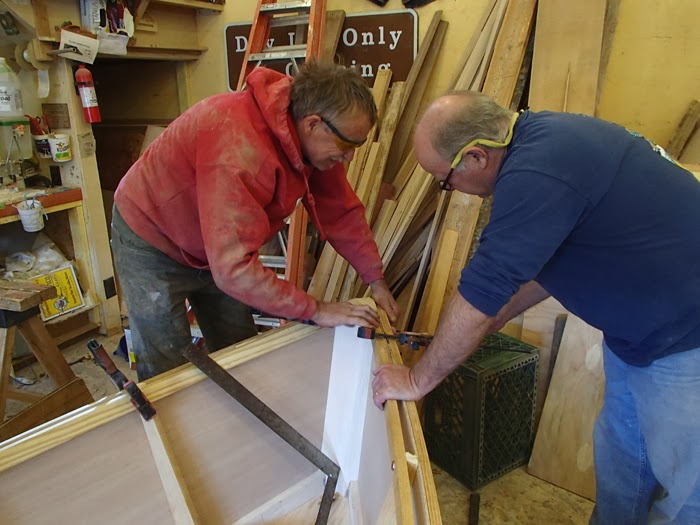 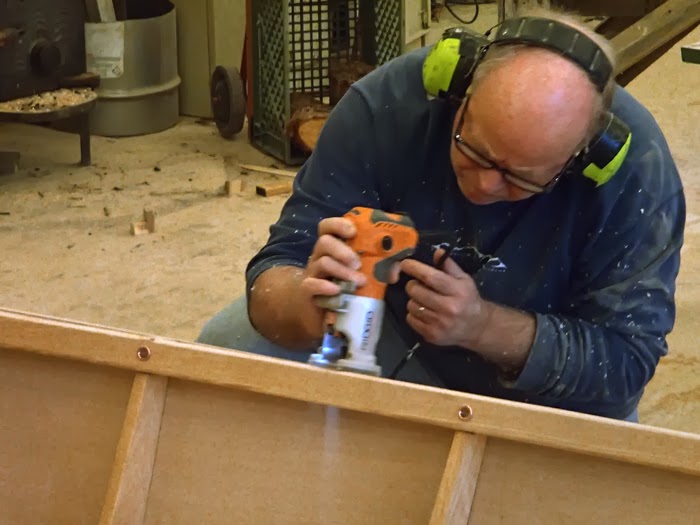 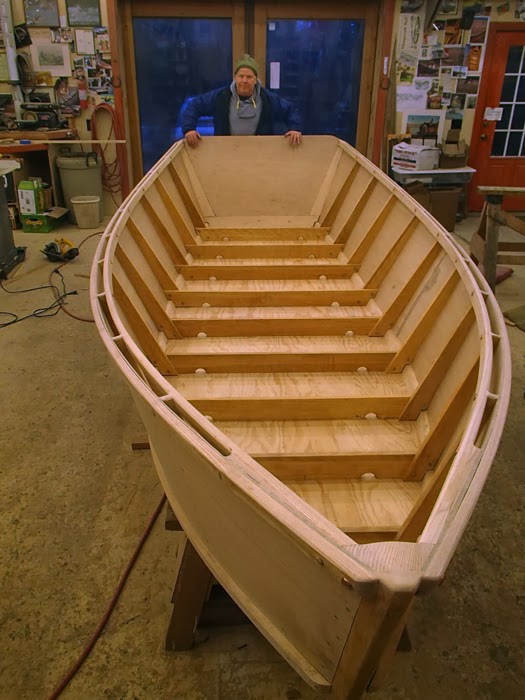 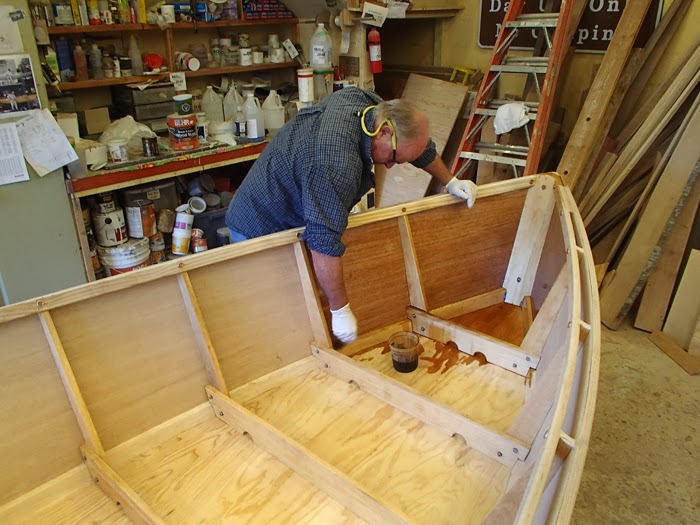 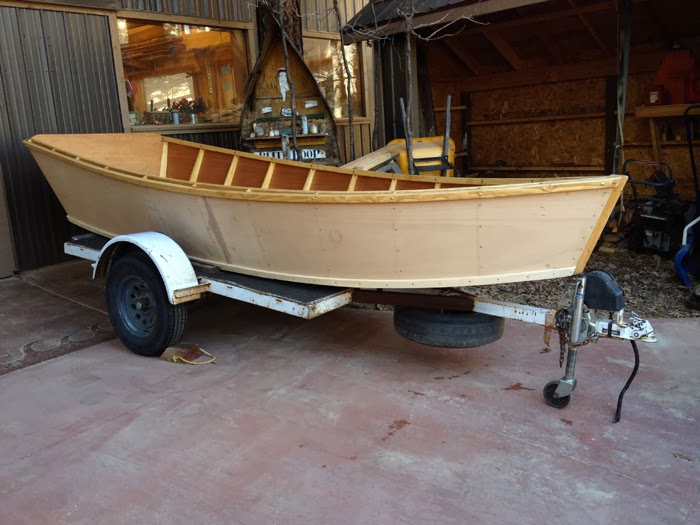 Hating to see a good shop go idle, we immediately began laying up Roy’s side panels for his new Betty Boop clone, to be named in honor of the first dory on the Colorado back in 1889, a pine ocean dory named Brown Betty. We are hoping the new Brown Betty fares better than the original, which sank in its very first rapid upon entering Cataract Canyon. The rapid bears her name. 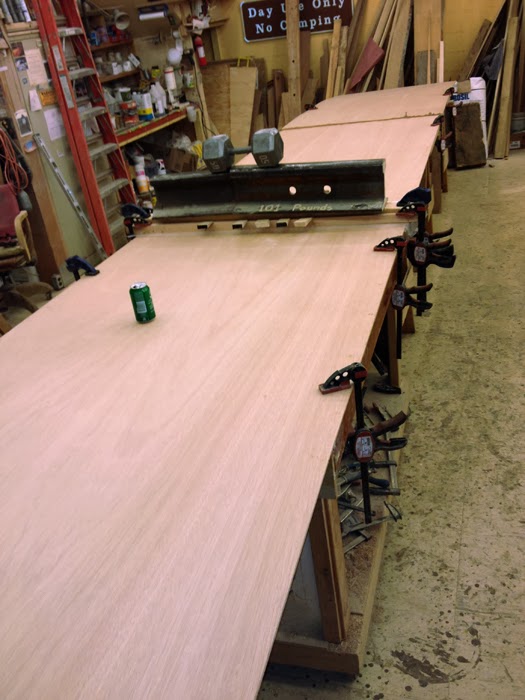 We pulled the lines off the original Betty Boop on Valentines Day 2012, just after I had finished a full restoration of her rotting 1967 hull. 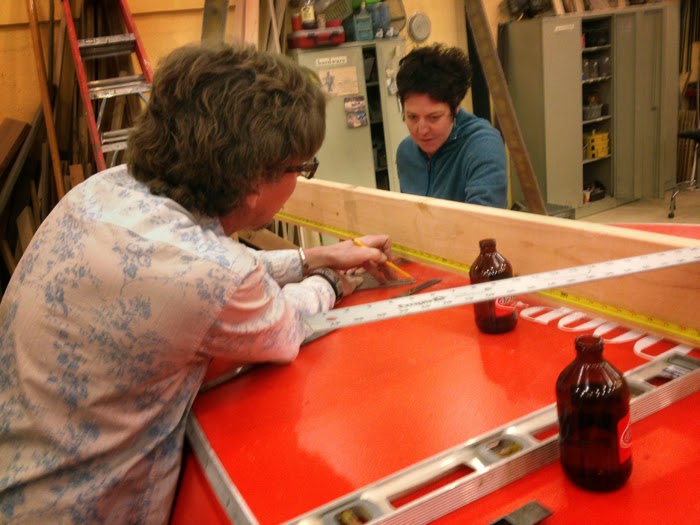 Then a year ago, Jim Mackenzie and I lofted the lines and built the hull for his replica, Olo.  She came out beautifully. 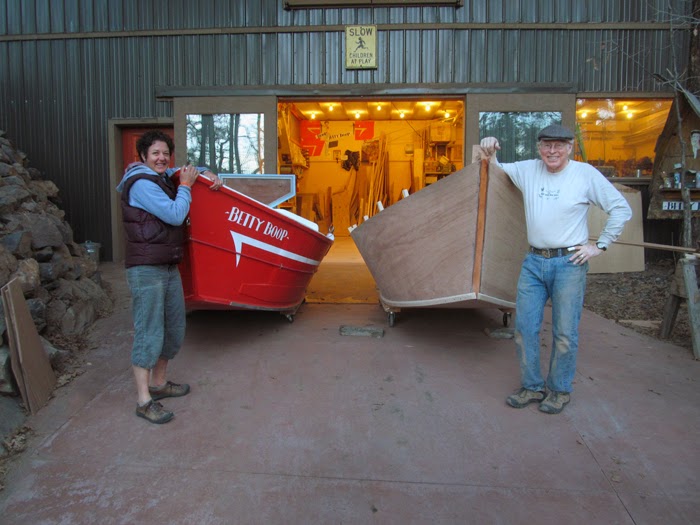 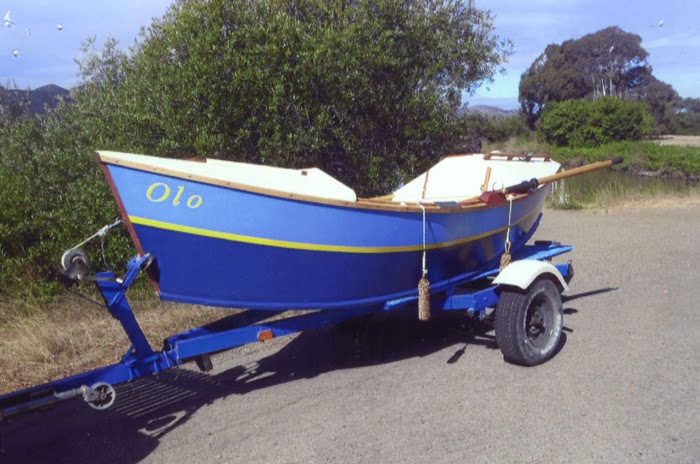 But when Jim and I were laying out the side panels, we struggled to make the panel corner angles of Olo match those on the Betty Boop until smoke started coming out our ears. We got very close, but in the end, just gave it our best shot. This time we encountered the same problem and may have solved it by adding 1-3/8 inches to the sheer line length and shifting the position of the rib stations a bit. I doubt anyone will be able to tell the difference between the hull shapes of Olo and Brown Betty, but at least Roy and I will know we got the damned angles to agree this time.

In an unusual fit of caution, we clamped the entire boat together before drilling our screw holes to make sure our brainstorm was not going to backfire. It didn’t so we went ahead and screwed her together. 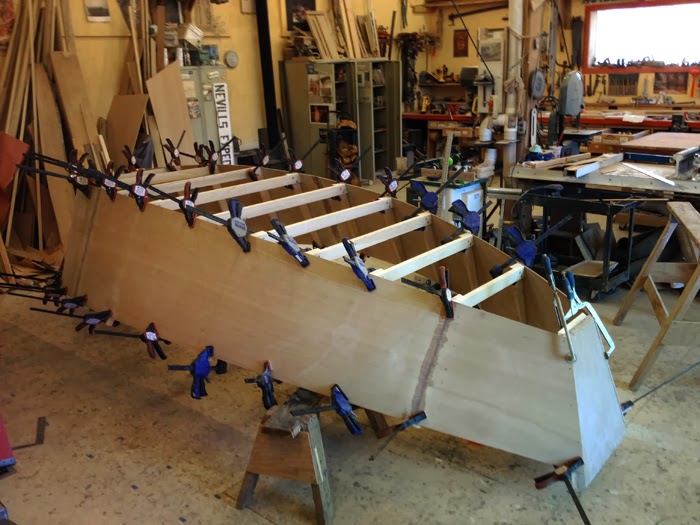 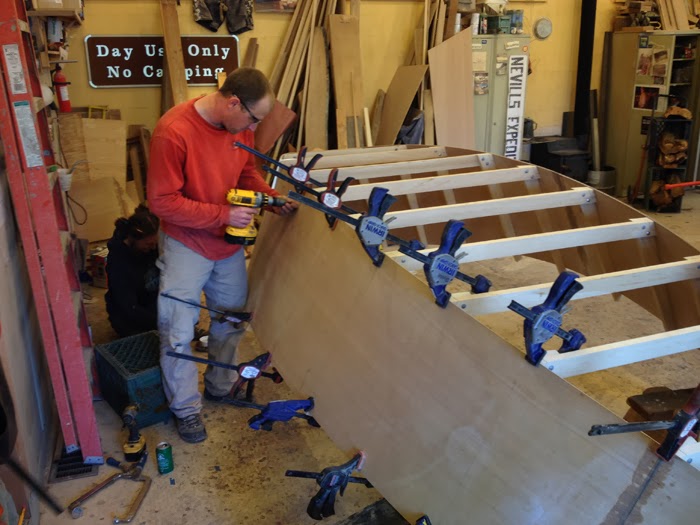 Amy and Roy: proud parents of their second wooden boat. It is so fun to infect others with such impractical ideas. 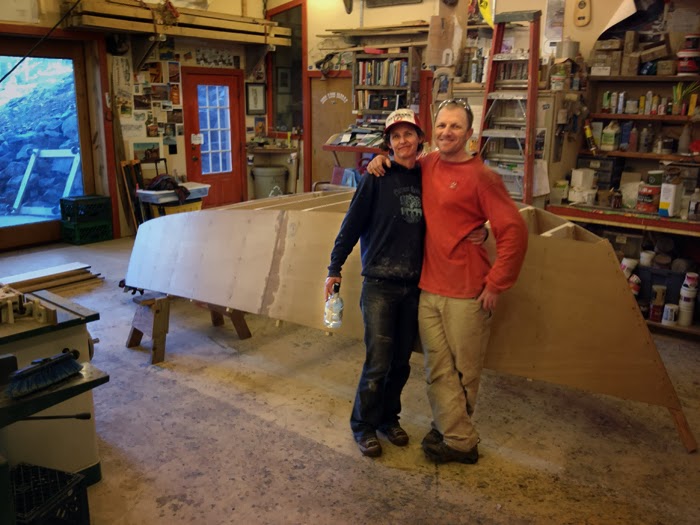