brdfrd2020-11-22T18:40:02+00:00February 26th, 2013|News|
Janek showed up this morning to learn the art of annoying sanding and fiberglass work. So in we went, sanding and scraping, chiseling and smoothing, until mid-afternoon. Then we glassed. We started on the fillet joints, which affix the decks to the hull, and raged on until he had to go. 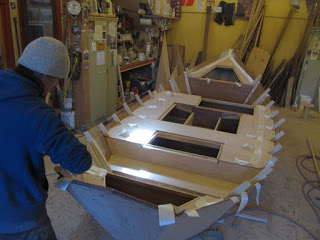 After a coffee break I launched back into the night shift until Lexi and Derik stopped by about ten pee em. It was a good excuse to quit, so we did a shop tour. After a half a bottle of Sailor Jerry’s spiced rum they wanted to know what I had going on the current project and if, perhaps, they could help. Ha! Glove up! 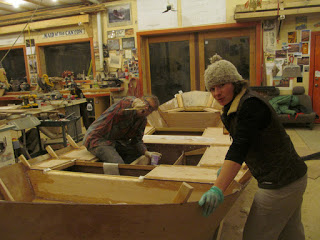 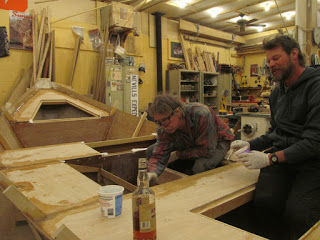 Two hours later we finished the filleting. They had the good sense to flee. I stuck around. 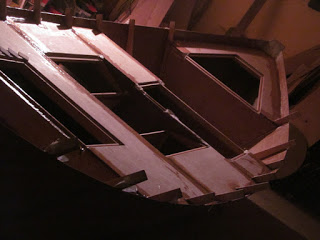 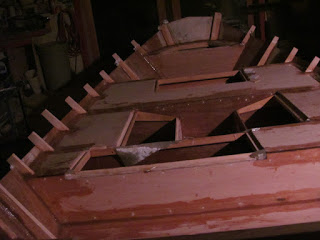 Does this last shot look like a hobgoblin or a jack-o-lantern to you? 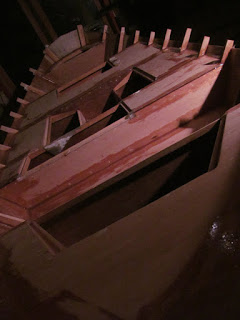