My friend Allen Wilson up in Gold Beach, Oregon stumbled across a historic boat a couple years ago. The Betty Boop was built in the late 1960s by Keith Steele of Leaburg, Oregon for actor Ronn Hayes. Hayes spent a few years decking her out and spent the summer of 1970 rowing Grand Canyon trips with Martin Litton. By ’74 Hayes had gone back to acting and sold the boat to Larry Testerman who rebuilt her and rechristened her the Great Thumb. Testerman ran her for the next decade, culminating with a wicked wreck at Badger Creek on the flood of 1983. More on that later. Testerman later moved from New Mexico to Salt Lake City and the Thumb sat in a field for a quarter century until Allen spied and acquired her. He took her up to Oregon in 2009 to rebuild her, but eventually came to his senses. So he tricked me into adopting the project.

Allen also coerced me into taking a bunch of lovely Port Orford Cedar home including one 20-foot plank. Somehow the cops ignored this for 1200 miles. 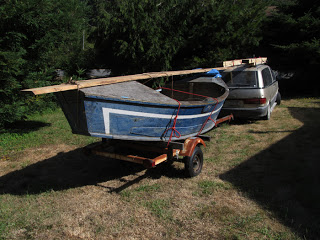 The Sore Thumb soaking in a last helping of Oregon fog. 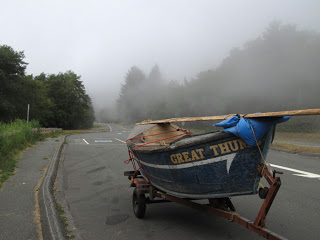 And saying goodbye to the redwood trees. 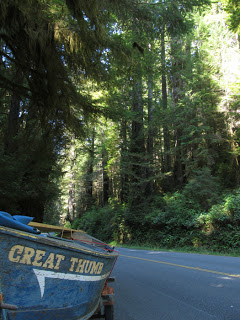 And flying up into my boat loft to spend a while commiserating with my other peculiar boats. 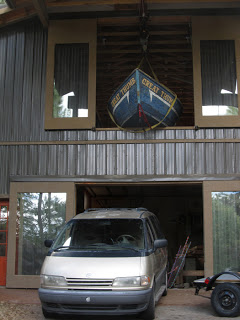 Bizarre paint peelings in a side hatch. 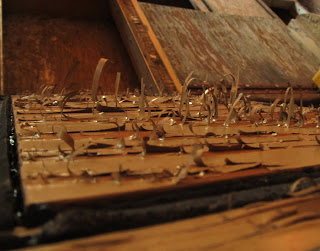 Oh, and then there’s the front footwell. Something about a quarter century in the Santa Fe sun. And rain. And snow. Ooog. 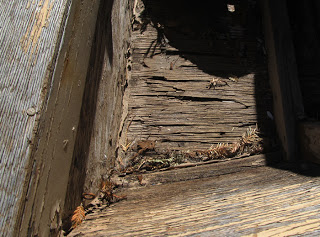