Nonstop Problem Solving–Teaching the Art and Craft of Boatbuilding

Wade Smith, who taught boatbuilding at Mystic Seaport for years and now teaches at WoodenBoat School when he’s not working as a boatbuilder, came out to teach us a bit about the ways of eastern boatbuilders. As Wade and I batted things around, we decided to co-teach the course, with him focussing more on traditional techniques and myself focussing on the Oregon drift boat style that is so popular on western rivers. On day one we had a bit of lecturing and then jumped right into lofting. By evening we had completely lofted a McKenzie drift boat and all its ribwork. 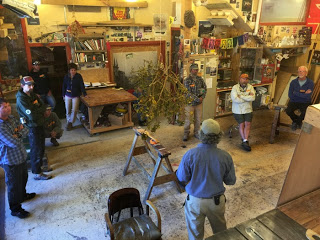 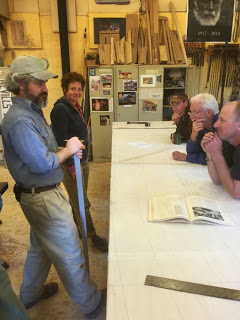 On day two I more-or-less split off and began coaching folks on translating the lofting to reality. One of the students, Ryan, had amassed the materials to build the boat back when he was in high school, but sputtered out quickly on the actual build. So we had him bring in his materials and be the guinea pig. We spent a while building ribs, a bow post, a transom, and scarfing together the plywood sides.

Meanwhile Wade launched into a far more complex boat–a beautiful knuckle-sided Swampscott Dory which I am now obligated to build. More on that later. So as some folks helped with the McKenzie, others focussed on the Swampscott lofting. 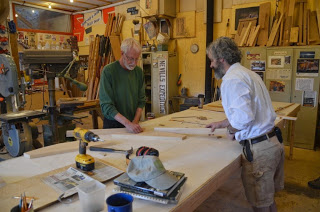 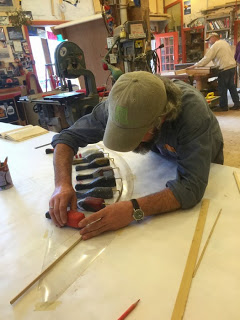 Before long we had all the parts ready to assemble the McKenzie, 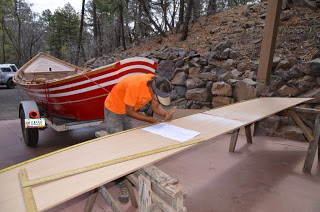 and the Swampscott team was building the actual forms to build the boat on. 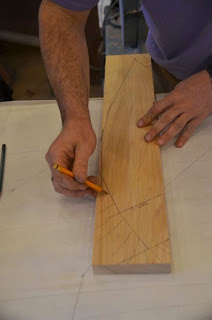 We used my McKenzie as a form to steam-bend chines and gunwales. 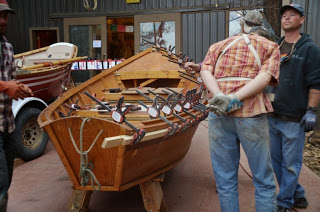 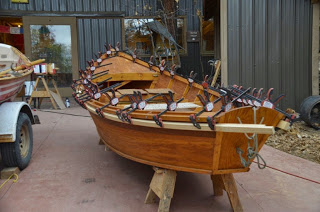 On day three the sticks began to become a boat. 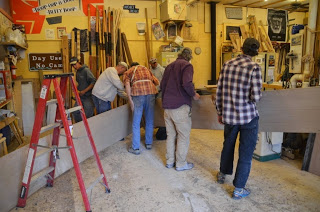 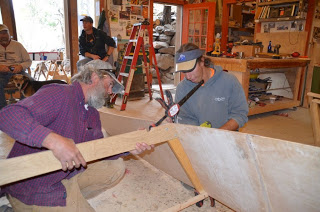 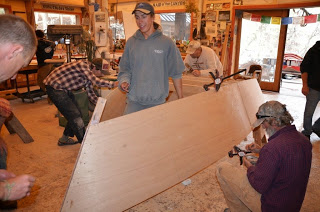 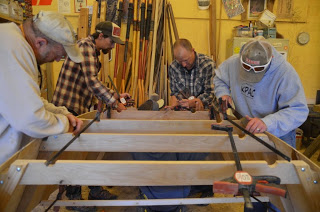 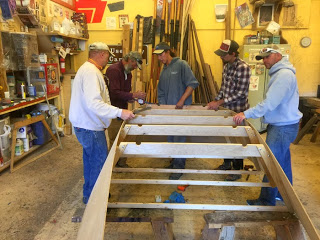 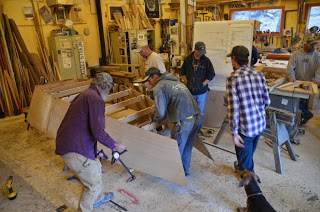 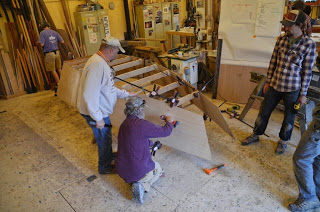 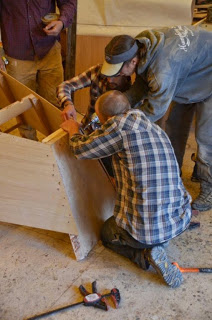 And the molds for the Swampscott kept taking shape. 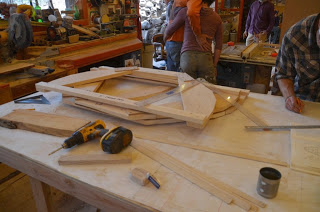 On our final day we dropped in the inner chine logs on the McKenzie and put on the floor. 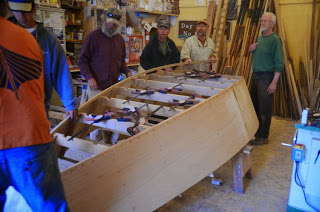 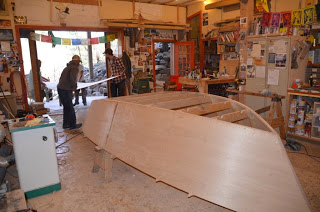 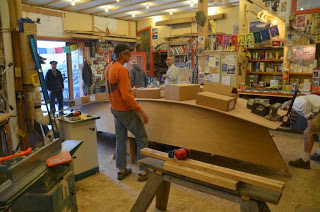 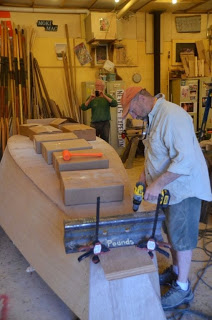 I took time out to build a small section of a boat, smash it into a rock in Hance Rapid (simulated with a splitting maul), and demonstrate some of the patching theories we use down there. 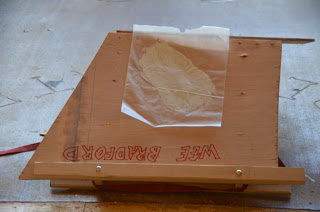 And the Swampscott form came to life on the lofting table. 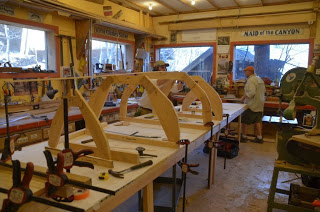 As with the Oar course, everyone seemed pretty psyched with what they’d learned and went away hungry for more. I am thinking we may do more of this sort of thing. And the folks who worked on the Swampscott are not going to let me off the hook on building her. So look for that sometime after the river season. Wade may even return.

(Thanks to Helen Howard for many of these pictures.)