Six horses and a vintage contraption

brdfrd2020-11-24T18:53:02+00:00November 4th, 2013|News|
After making an uprun to Glen Canyon dam this summer with a five-horse Nissan motor on my old red dory, I was impressed enough to invest. My buddies Dan and RJ went in on the madness and on a free-shipping Labor Day sale we each ordered six-horse long-shaft Tohatsu 4-stroke motors for our dories. The idea is to do up-runs, cross reservoirs, and cruise some otherwise difficult terrain. Harbor Freight supplied the base for a wee storage dolly ($8.99–cheaper than the individual casters). 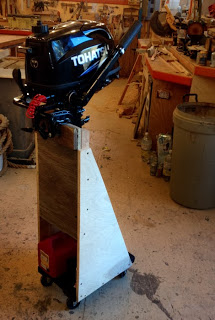 They have a lengthy break-in time, which Dan and I passed at home with his stock tank. 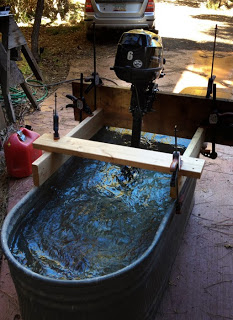 But they sure are sweet. They hit hull speed at about half-throttle and any more power added after that seems like a waste of gas. 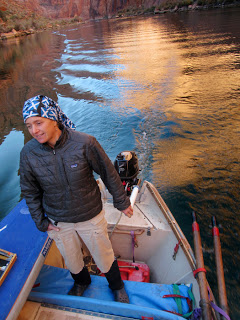 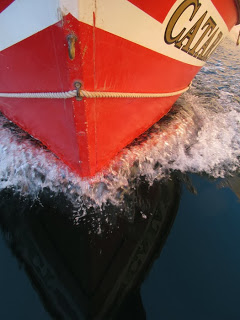 I made a little foam hat for mine to dull the noise, but it had no effect whatsoever. It makes a nice hat. 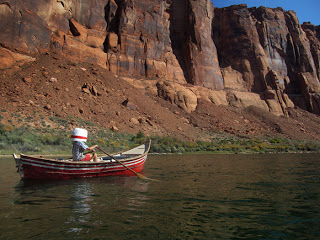 On our test run we took along another new addition to the fleet–a Klepper Aerius I. My friend Tom Bean, who had a couple of them in his garage for many years since he last paddled them in Alaska, was under orders to take this and its double-seater brother to the dump. He asked if I would adopt them and was delighted not to have to commit them to the landfill. The single needed a little work and the double will take a bit more, but they are really pretty cool pieces of engineering. Designed over a hundred years ago and slowly upgraded through the decades, these were the main recreational kayak until the onslaught of fiberglass in the 1960s. This single-seater is about forty years old and good as new, even though it spent a good deal of time flying around Alaska and floating strange and wonderful streams. 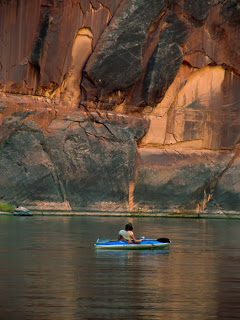 When I was a teenager a friend gave me a beat-up double-seater Klepper which I put a good deal of work into renovating. I paddled it around on Cayuga Lake in high school. That’s before I was much of a boater. I tried to learn to sail it but didn’t get too far on that front. Sadly, when I came home from college I found my mother–the purger—had sold it in a yard sale. Jeez, mom. So it is kind of fun to have a couple in my armada now. 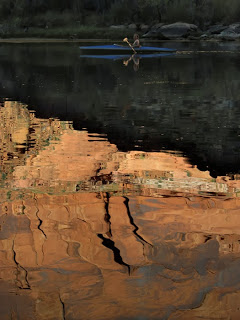