brdfrd2020-11-13T17:11:21+00:00December 8th, 2012|News|
We finished up the last of three alumiwoodies this week. They took about a week each to convert from pure metal beasts to hybrid woodies. There was the occasional glitch–damn those hard-bends along the gunwale cheeks: 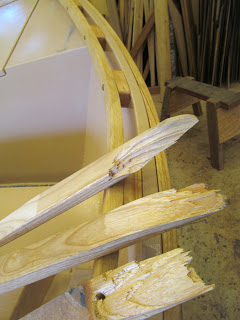 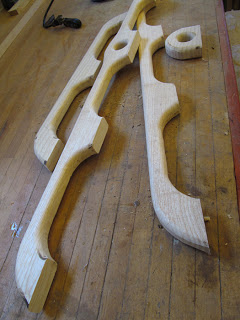 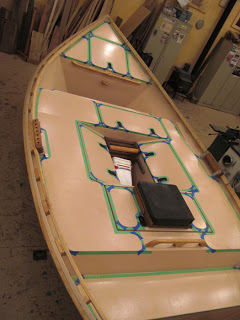 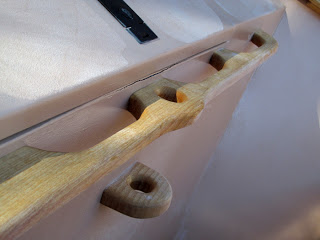 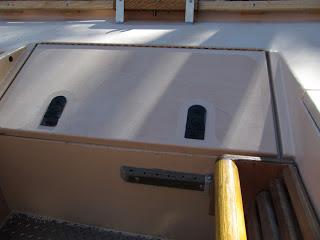 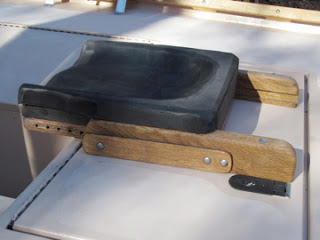 And oarlocks. So any boatman has the option of moving the center of gravity forward or back, and making the rowing configuration smaller of larger: 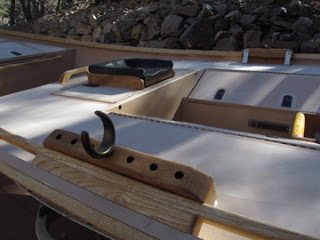 And away we go to AzRA to await springtime. 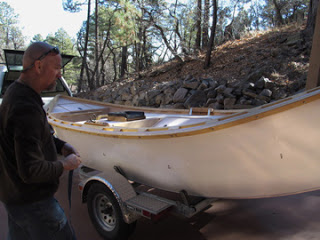 An hour later my new apprentice Josh and I had our ducks in a row in the lofting room, beginning the next boat. Moe is this winter’s replica project, modeled after the WEN, Norm Nevills’s original 1938 Cataract Boat. Nevills’s design was similar to its predecessor, the Galloway boat, in that its bottom was flat from side to side, and raised at either end. Each had large hatches at each end and a cavernous cockpit in the center. Neither had much in the way of accommodations for passengers, neither had significant rise to the decks at either end, so both had a tendency to swamp the cockpit in large waves. The two major advances Nevills made were making the boat over a foot wider–adding stability and maneuverability– and using the new miracle material, marine plywood–making the boat quicker to build, with less shrink/swell issues and long-term maintenance. Here is the WEN on display at South Rim: 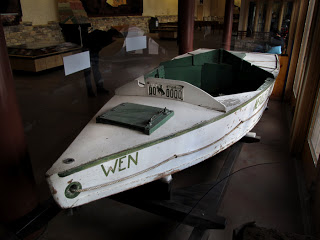 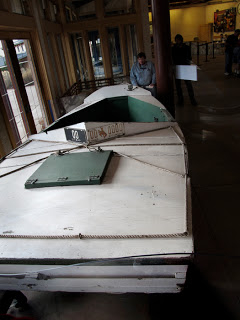 Nevills named the boat for his father, William E. Nevills. Later Cataract boats were named for his daughters Joan and Sandra, his wife Doris, but none honored Norm’s mother Mary, often called Mae, but known to her granddaughters as Moe. The last moniker seemed like a perfect boat name.

When I cast these lofting ducks last month I thought 29 of them was an excessive number, but by the time we got the batten where we wanted it, fair and true, we had over two dozen of the little lead monsters pushing and pulling the perfect curve. Pretty fun. 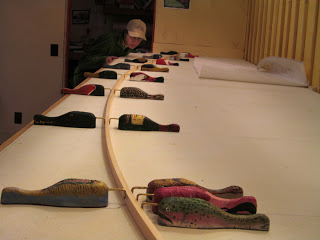 It takes a bit of wandering back and forth, staring at the batten and pondering, in order to find a line that looks fair. But by quitting time we had the side views, top views, and all seven stations drawn out full scale. The picture does not show much, but we thought it was pretty exciting. 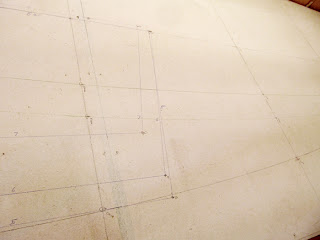 We’ll begin scarfing up some side and bottom panels tomorrow.Yahoo. The White Oak is due in Monday.